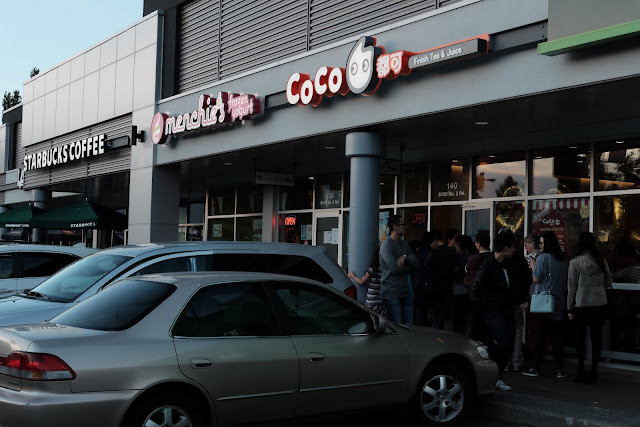 CoCo Fresh Tea & Juice opened up their first location in Vancouver a few months ago in downtown and have since opened another in Richmond in Broadmoor Shopping Centre. Since there was a grand opening promo going on, there was a huge line up. 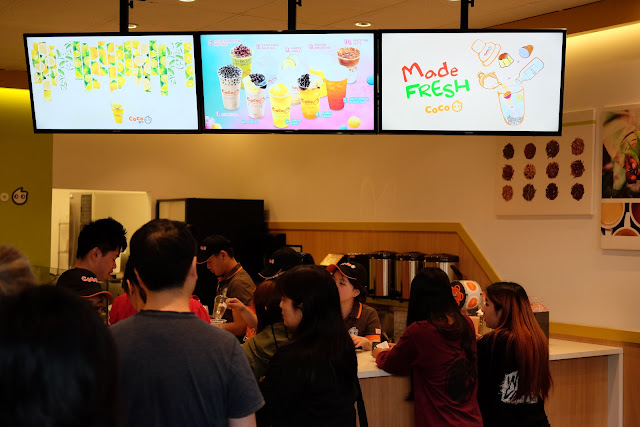 We ended up waiting over 30 minutes because of the long line ups. We found service to be quite unfriendly at CoCo. I know there’s a huge line and they want to get things moving, but a smile or just thanking the customers for waiting would have been appreciated. 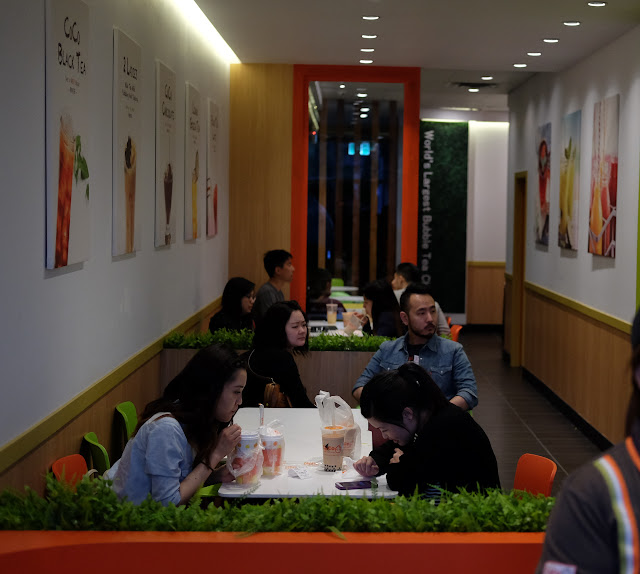 There is some seating in this location, but most people grab take out here. 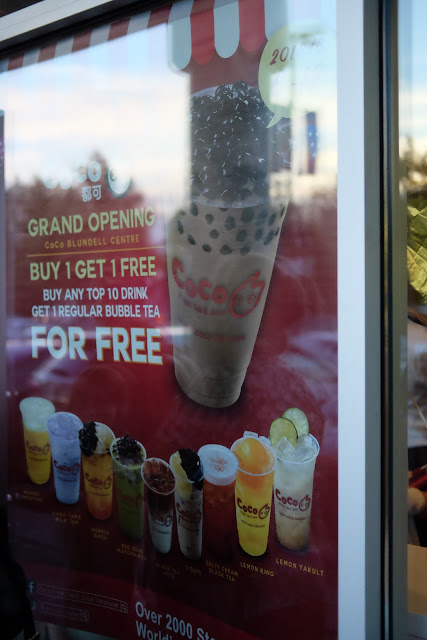 The promo during their grand opening was buy any one of their top 10 drinks and you get a free regular sized milk tea with pearls for free. 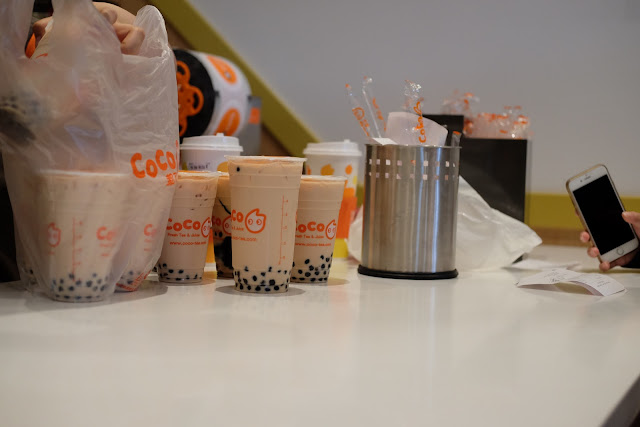 You can choose large or regular size with a difference of 50 cents. 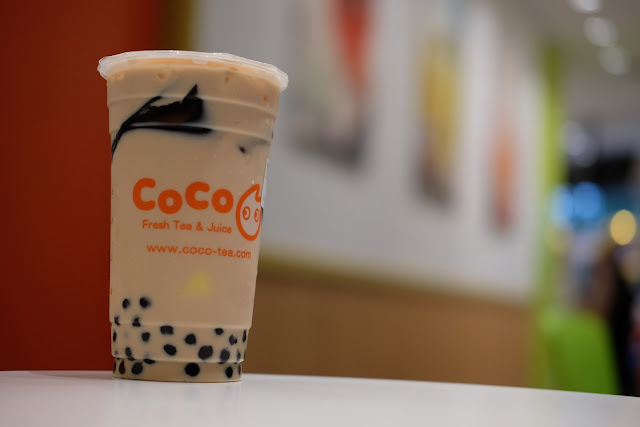 I decided to try the Three Guys which is one of their most popular drinks, consisting of grass jelly, pudding, and pearls. This is quite good as you get a bit of everything but some may find that it’s too much. I actually didn’t mind the variety especially since I love all three toppings. 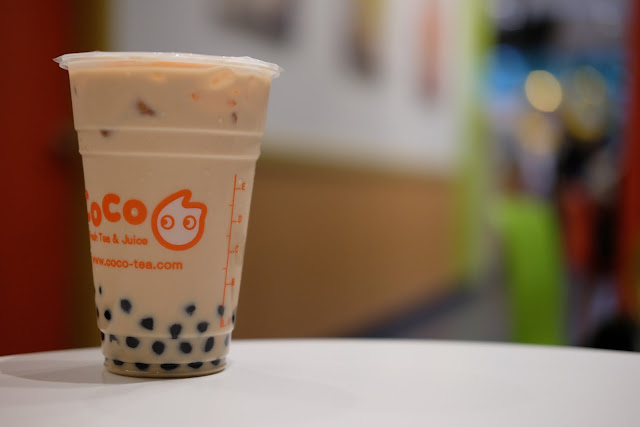 The free Milk Tea that came with the promo is pretty good but I still prefer the Chatime roasted milk tea. However, it definitely beats the Shiny Tea one. I would say it’s pretty good compared to the other options out there, but Chatime’s roasted milk tea is still my favourite. In terms of the pearls, they were quite chewy, a little too chewy for me personally. 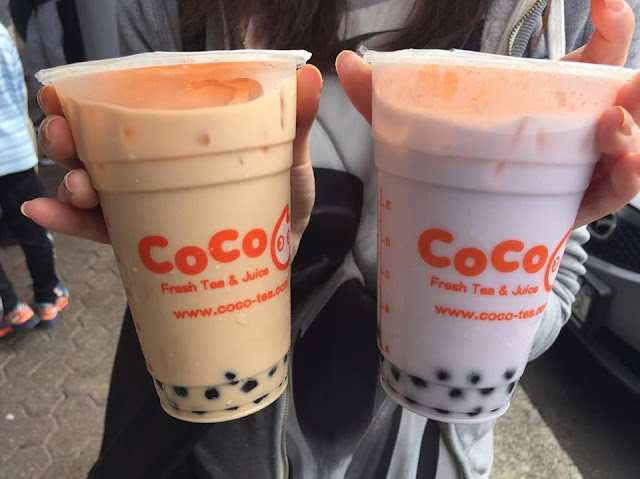 On another occasion, I went back to take advantage of the deal, and also because I wanted to try the Taro Sago. By the time we got to the cashier, we were told there was no sago and only pearls. I was quite annoyed as I wish they had announced that earlier since I came mostly for the sago. Well, since we had waited forever in line, we got the Taro Milk Tea with Pearls instead. This was quite disappointing with the taro tasting like powder. 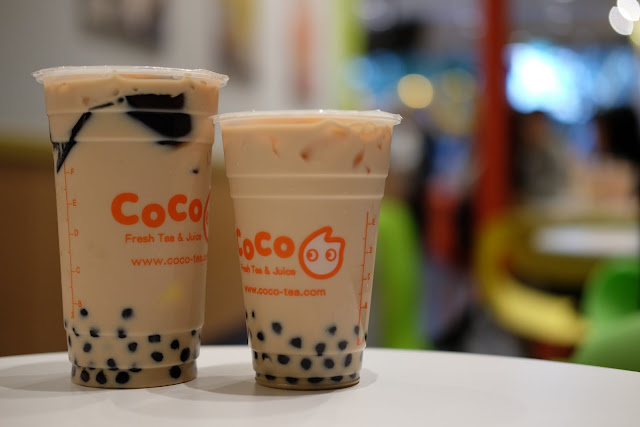 Overall, CoCo falls below Chatime but above Shiny Tea for me personally. Price is around the same as Chatime at $4-5. Apparently you can also customize ice and sugar level just like Chatime but the cashiers never let the customers know. Perhaps it was because they were too busy during the promo period.

Cons:
– Service is unfriendly
– Pearls are too chewy