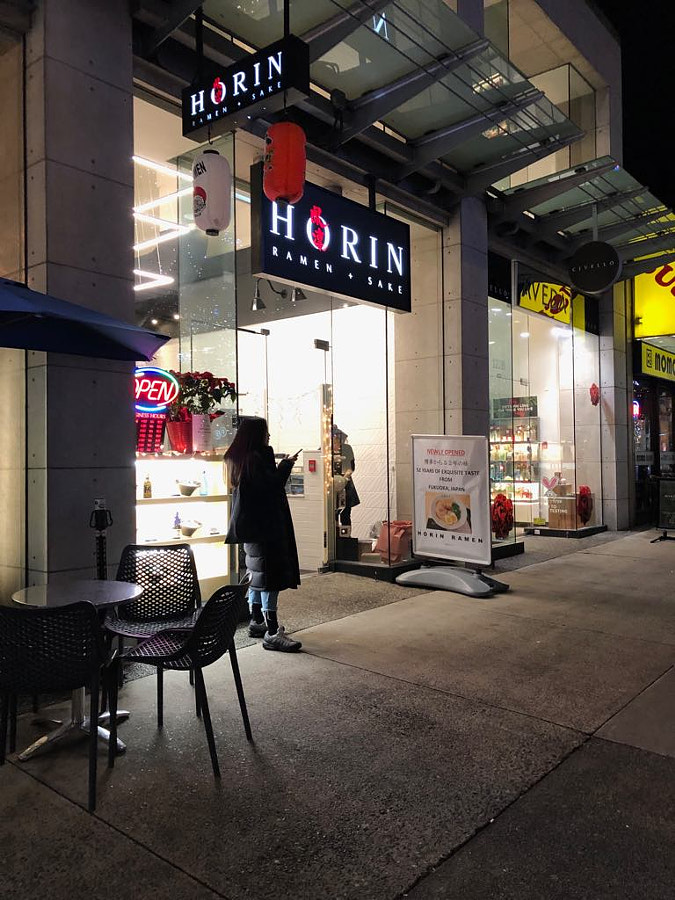 Horin Ramen + Sake opened on Robson along with all the other ramen shops late last year. They feature Fukuoka style ramen, which is the thin straight kind, and one of my favourites. When we arrived, the shop was not too busy on a Friday night. We were seated immediately, but the shop did have a bit of a wait as we finished our dinner. The interior is modern with the seats along a narrow space. However, seating is pretty comfortable compared to many other ramen shops. 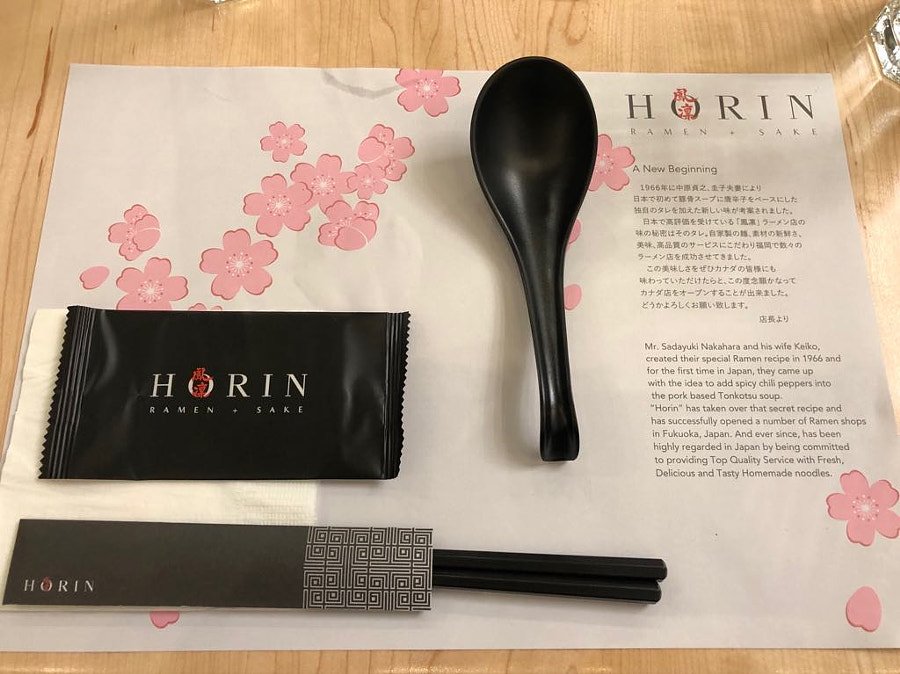 They have a paper placemat which describes the back story of the restaurant. Apparently, their secret recipe is based on adding spicy chili peppers in their pork based Tonkotsu soup. Also, their noodles are made fresh in store. You can even see the machine and the workers making the noodles at the front of the store. 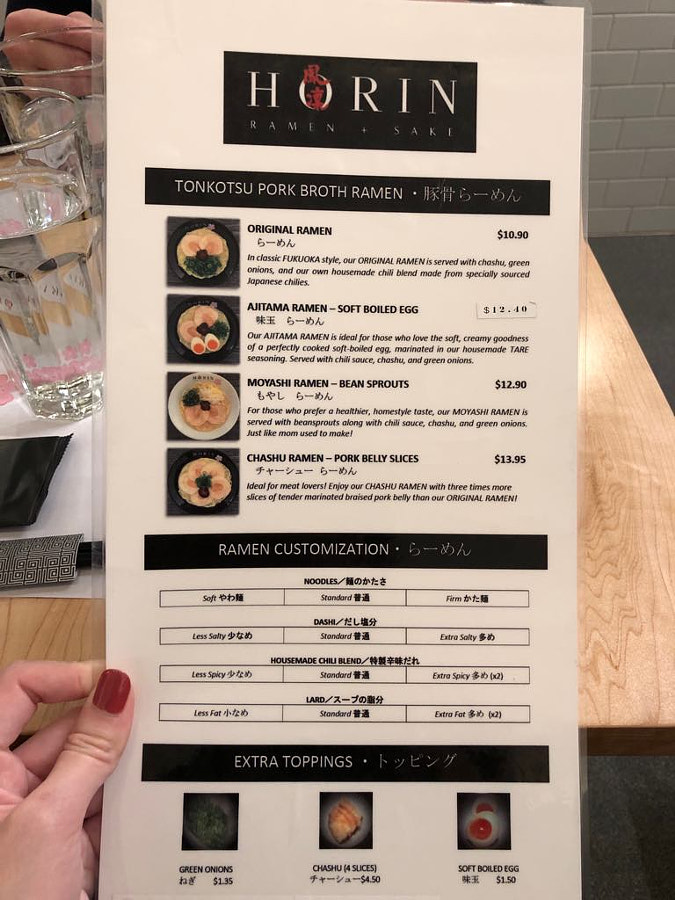 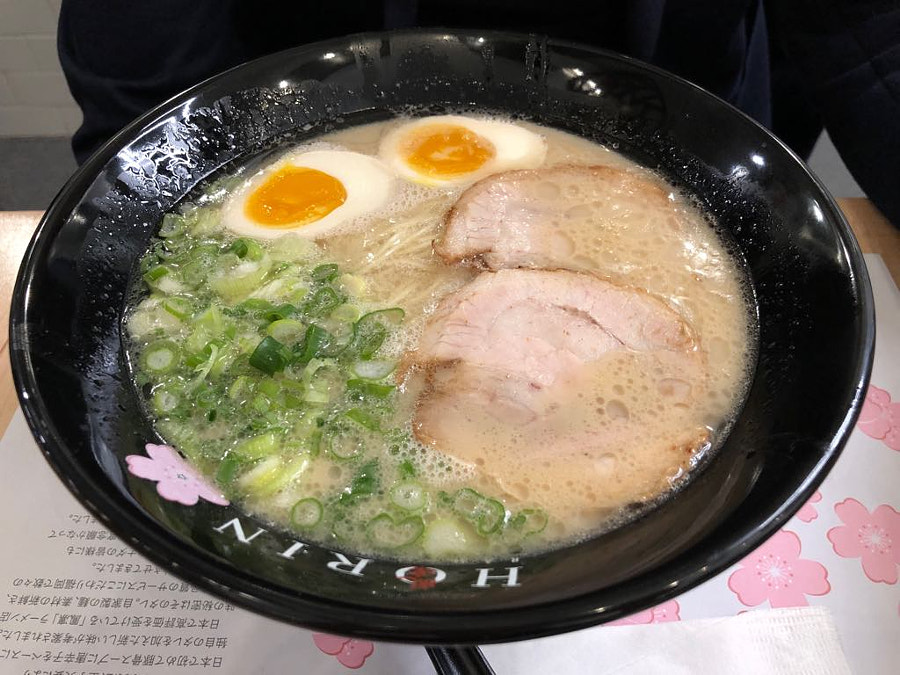 Both S and I got the Ajitama Ramen which is their original but comes with one whole soft-boiled egg cut in half. The noodles come with chashu and green onions. As S does not like spicy, he opted out of the housemade chili blend. The bowl was clean with the focus really on the broth and noodles. 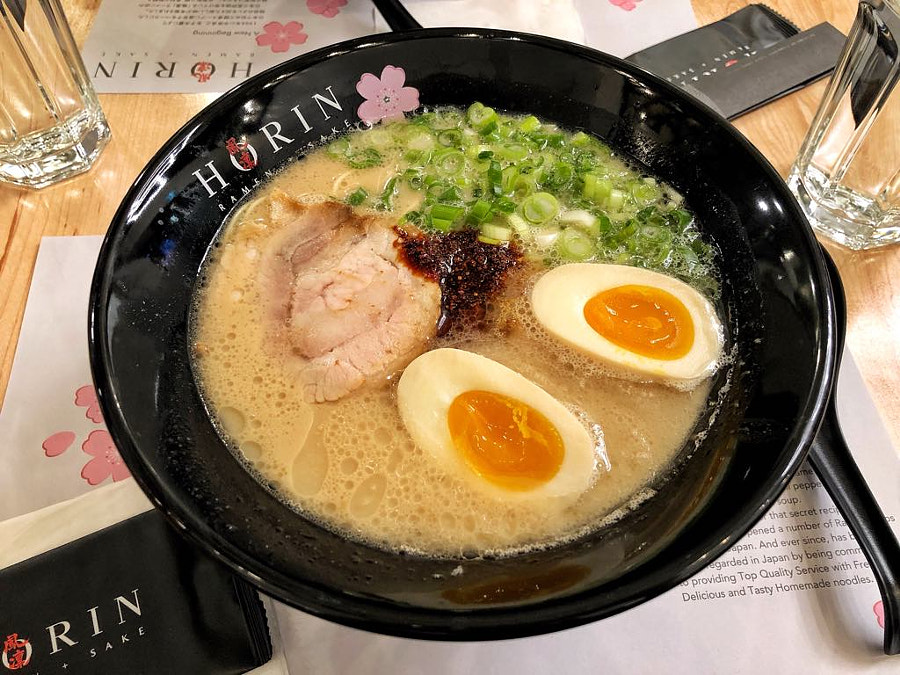 For myself, I also got the Ajitama Ramen but with a standard amount of housemade chili blend. I found this style of ramen with the chili very similar to Ramen Danbo and Ichiran but I prefer the latter two over Horin. I found the broth to be lighter and not as creamy. This might be more suitable for others though as many have said Ramen Danbo is too salty and heavy for them. The chashu was pretty good here though as the ratio of fat to meat was just right. I asked to have the noodles firm and they indeed met my expectations although I found they felt a little soft near the end. You really need to eat this quick! As for the chili blend, I much prefer the ones from Ramen Danbo or Ichiran as they have more kick to it. I found the flavours at Horin to be milder in general. However, given the line ups at Ramen Danbo can get a bit ridiculous during peak hours, this is a good alternative if you’re looking for a similar style of ramen.