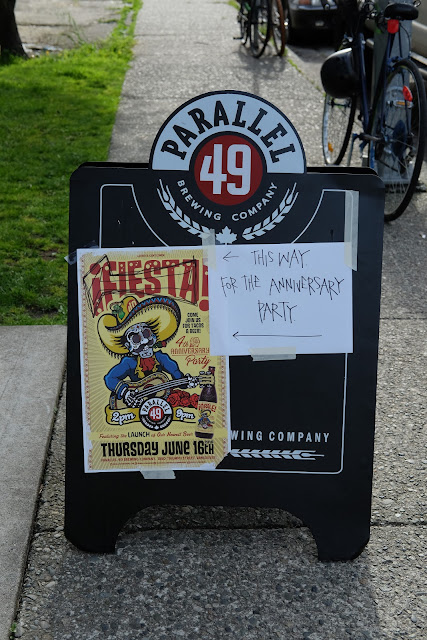 Last Thursday, Parallel 49 Brewing celebrated their 4th anniversary with a fiesta party along with the launch of their newest beer. We were invited to join the fun! 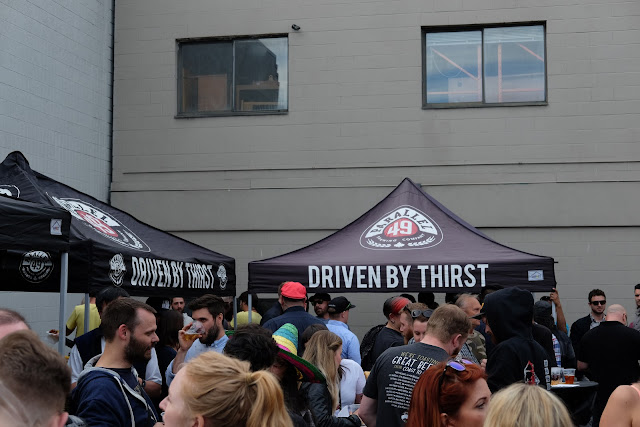 The anniversary was celebrated in style with sombrero hats, tacos, beer and live music. 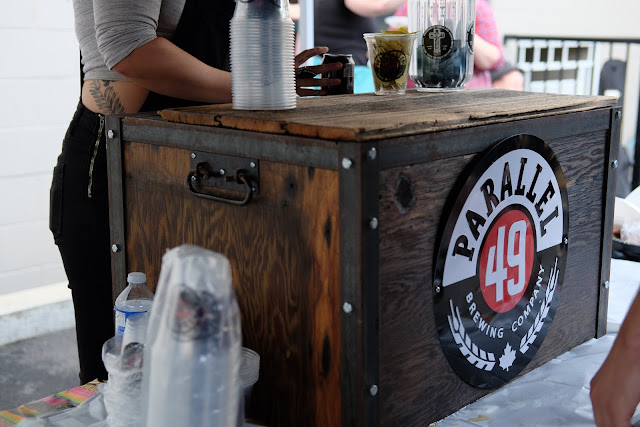 We were able to sample some of their top beers, including the Craft Lager which won gold in the category of North American Premium Style Lager for their Craft Lager. Brewed by Graham With, Head Brewer at Parallel 49 Brewing Company, the Craft Lager is a light lager brewed with malted barley and local Sterling hops grown at Satori Cedar Ranch in Chilliwack, BC. 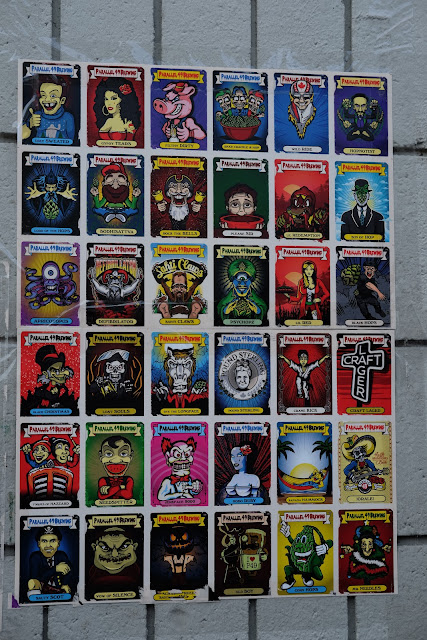 Parallel 49 is also known for their super wacky artwork label designs on their beer bottles as well as hilarious names for their beers. Since opening in 2012, they have brewed up over 60 varieties of beer including many collaborations with other breweries. 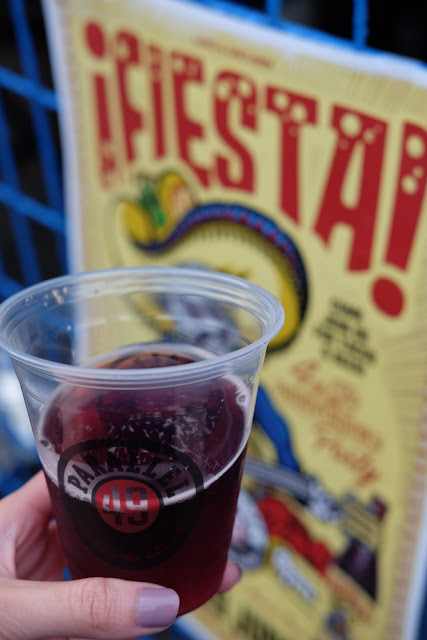 Other than the many beers we sampled, we were here mainly for the launch of their newest beer. 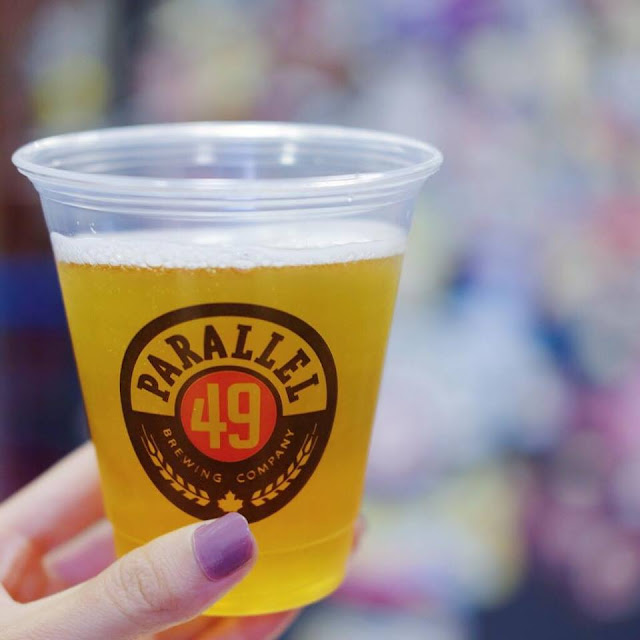 Their newest beer is the ¡Orale! which is a salted lime tequila Gose. There is a slight citrus flavour from the lime and this would be perfect for those who enjoy tequila. 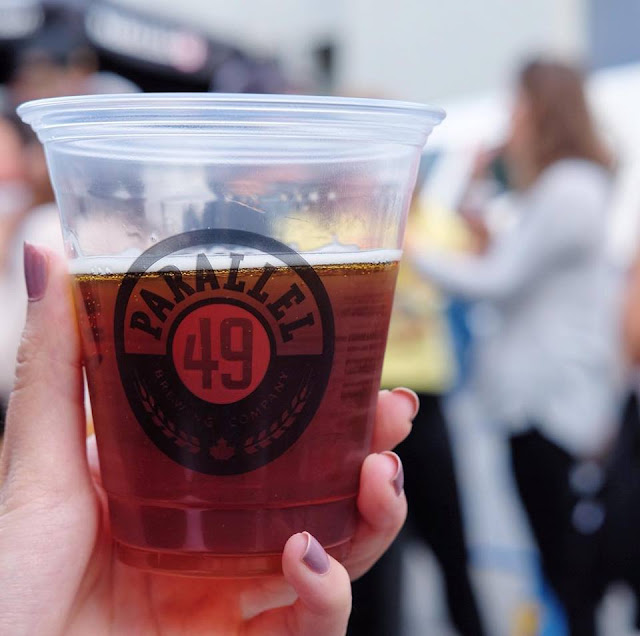 Congratulations to Parallel 49 for 4 years in business and many more to come! 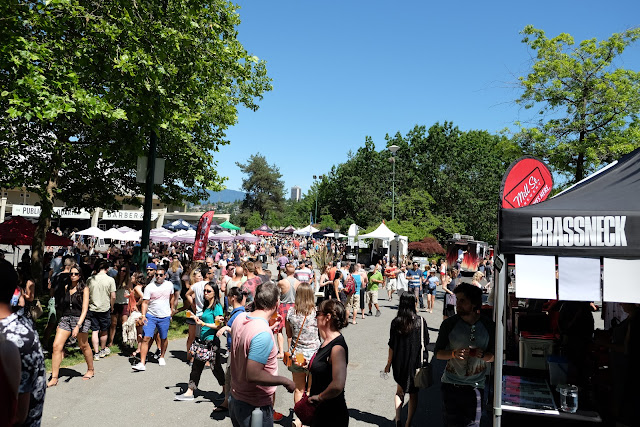 One week after the Opening Night, we attended the 2016 VCBW Festival presented by Donnelly Group. This was a three day event at the PNE Centre Grounds filled with beer, food, and music. 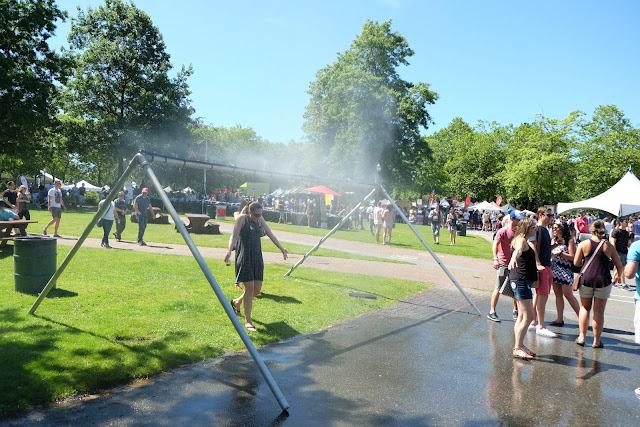 It was the perfect weekend as the sun came out and it was even a little too scorching for us. Good thing they had mists on set to cool you down! 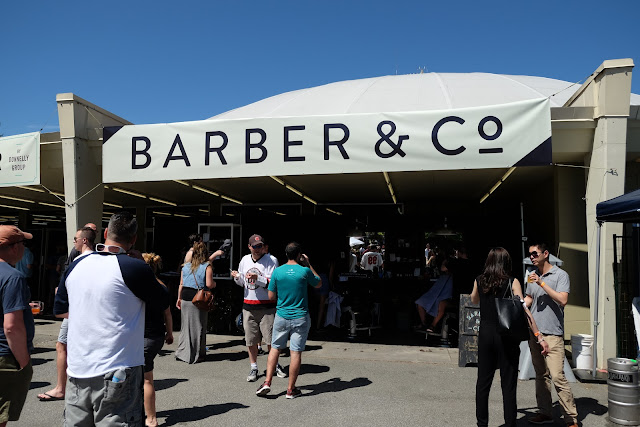 Other than beer and food, some interesting set ups included Barber & Co where you could get your hair cut amidst drinking your beer. 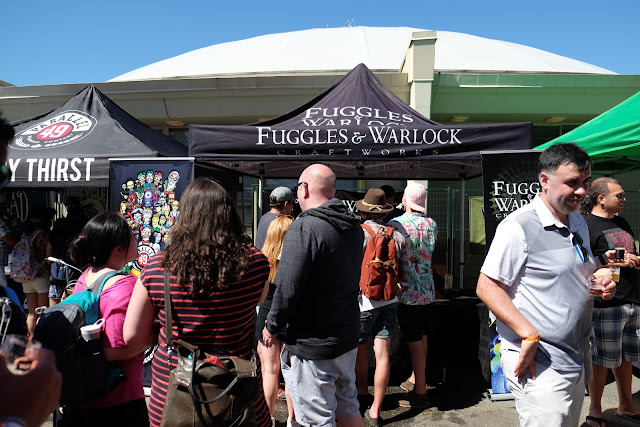 There were over 100 breweries and cideries at the event. Again, most vendors had at least two types of beers to try, if not more. Food trucks were present as well if you wished to purchase some munchies. 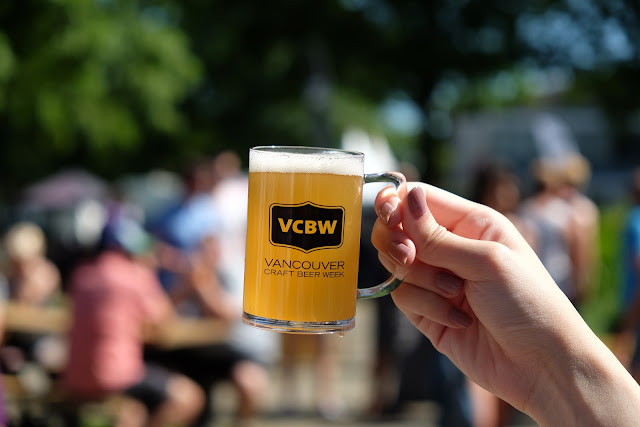 Tickets ranged from $35 – $95 depending if you wanted express entry or a full weekend pass. The ticket gets you into the festival and includes your 4oz taster mug. All beer and cider samples are additional. All samples are 4oz and cost 1 token, with tokens being priced at $1.50 each. 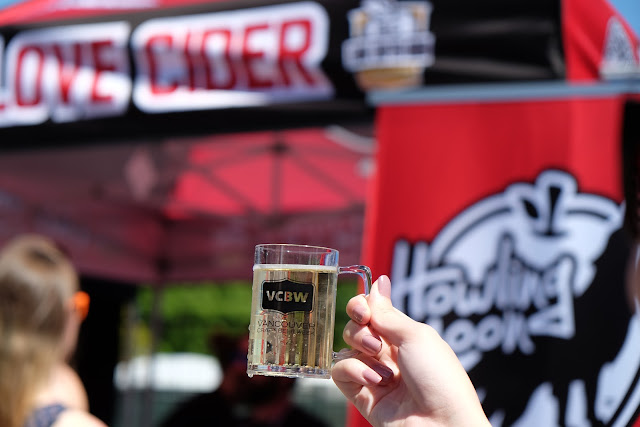 Since we had our fair share of beer at the previous event, we decided to tackle some of the cideries since I’m a huge fan of ciders. One cidery we really enjoyed was the Howling Moon. 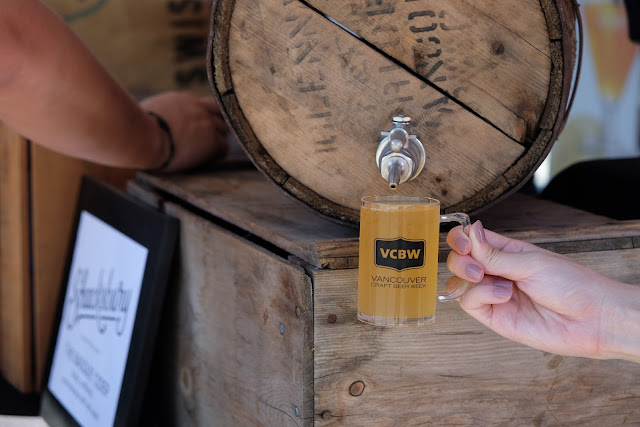 We were drawn into this Basque cider called Shacksbury because of the beautiful set up. This cider is unfiltered and was very tart and different from typical ciders on the market. 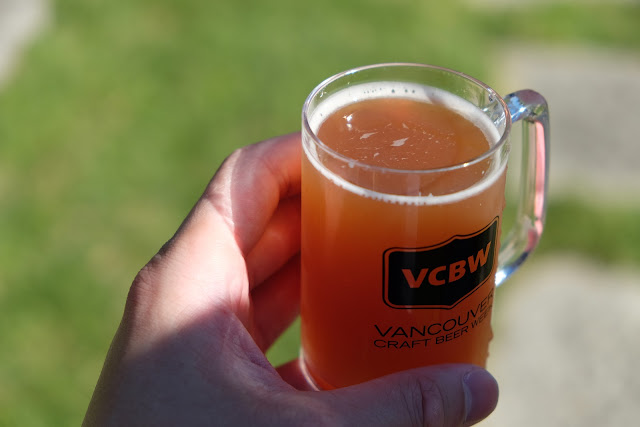 Storm Brewing had a massive line up so we had to see what it was all about. They were serving up really funky and unique brews, including the Cucumber Jalapeno Pilsner, and Basil IPA. Sounds weird, right? We tried the Pineapple Paradise Pilsner and Raspberry Vanilla Ale and really enjoyed the slight fruity flavour without being too sweet. 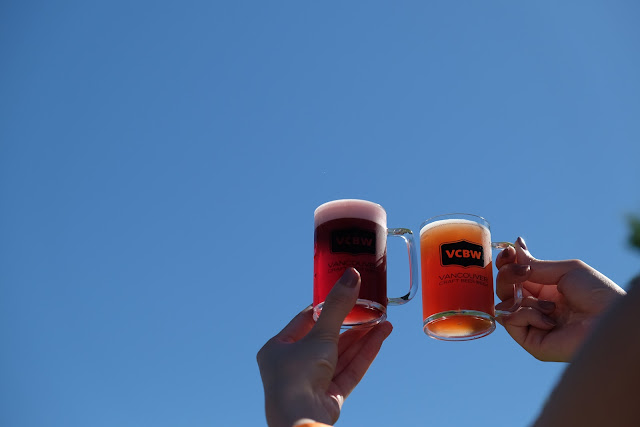 My favourite of them all had to be the Fruli Strawberry Beer. I guess by now, you can tell I enjoy fruit beers! This was delicious and didn’t even taste like a beer! Plus, it’s vegan and there are no added sugars or sweeteners. The sweetness is all from the strawberries themselves! The same vendor also had a Cherry Beer from Kriek Lambic. Also delicious but not as sweet. 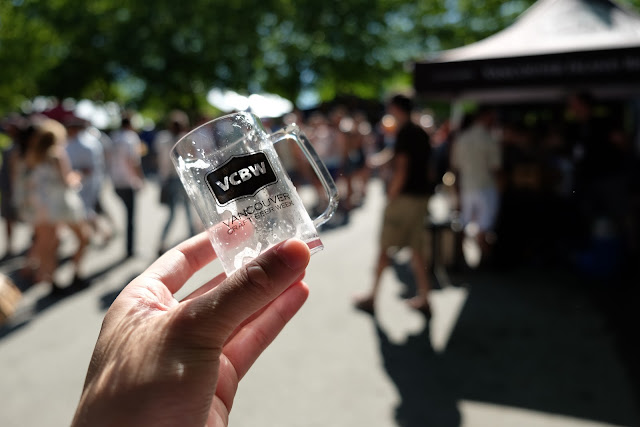 Overall, we had an amazing time at the VCBW Festival and already can’t wait for next year’s! A wide selection of beers and ciders to sample from and a great event to have some fun with friends. 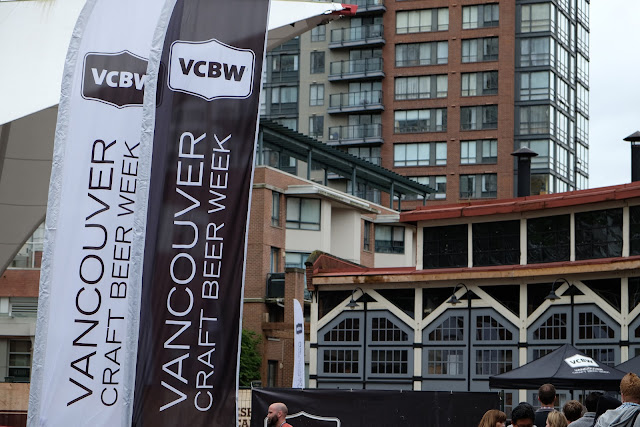 On May 27, 2016, Vancouver Craft Beer Week kicked off their Opening Night at Yaletown Roundhouse Community Arts and Recreation Centre. We were invited as media to join in on the fun. 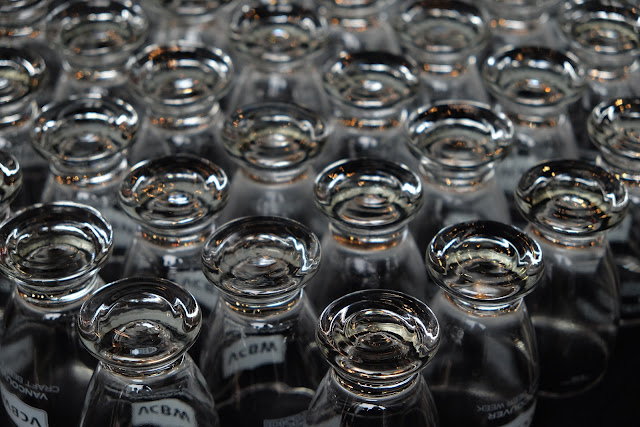 Each ticket goes for $60 and gets you a complimentary 4oz taster glass and around 10 tokens (if I remember correctly) to sample beers of your choice. 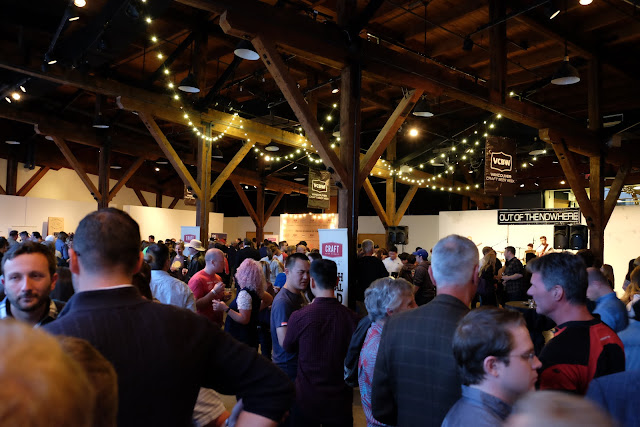 It also includes canapes provided by CRAFT Beer Market and healthy bars from KINDSnacks to keep you filled up. Out of the Nowhere was also in attendance to provide live music for the night. The place was bumping! 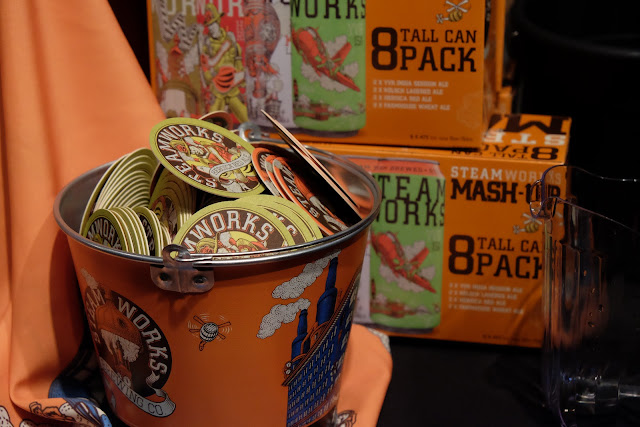 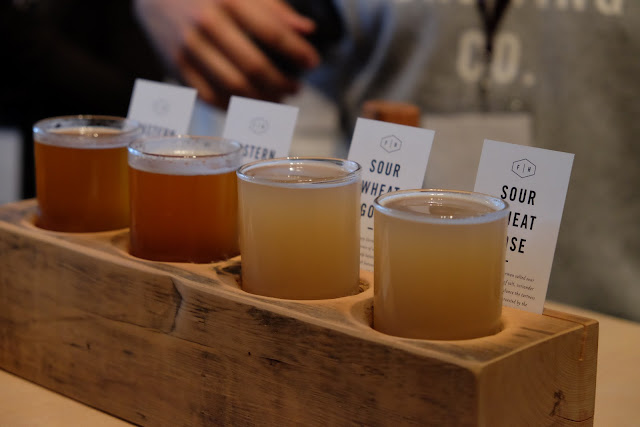 Some breweries to name a few included: 33 Acres, Steamworks, Field House,  Strange Fellows and Steel & Oak. Other than the local breweries, they also had some German breweries such as Erdinger and Stiegl. 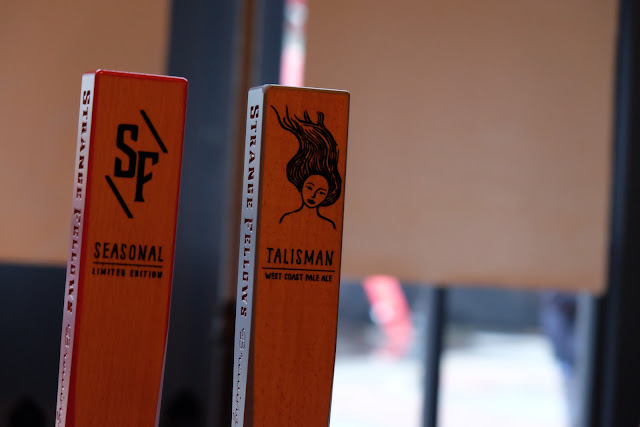 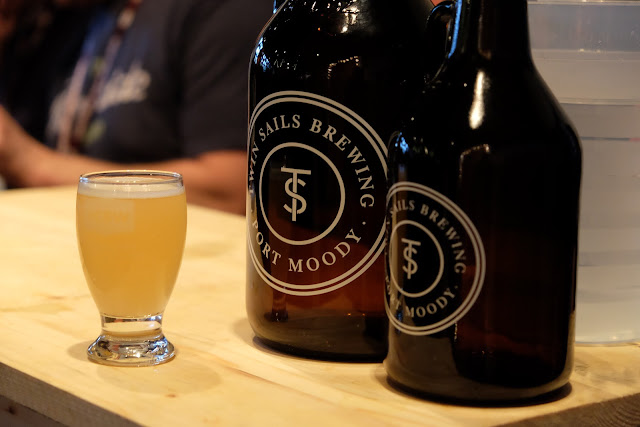 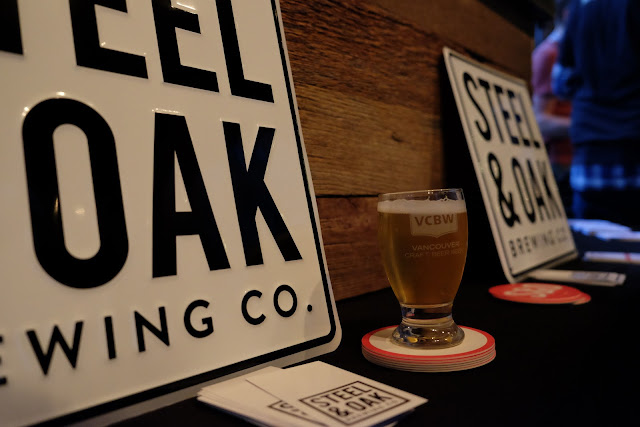 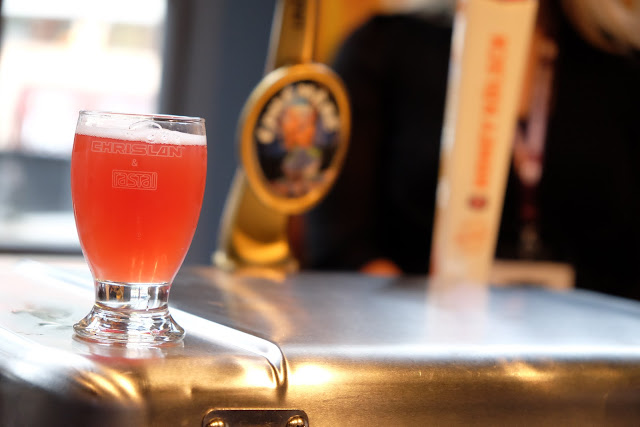 One of my favourites was the Éphémère Blueberry Wheat Ale. This is blueberry fruit flavoured ale which mimics the popular Belgian fruit beers, but brewed in Canada. The sweet blueberry flavour really pulled through and is great for those who enjoy lighter beers. 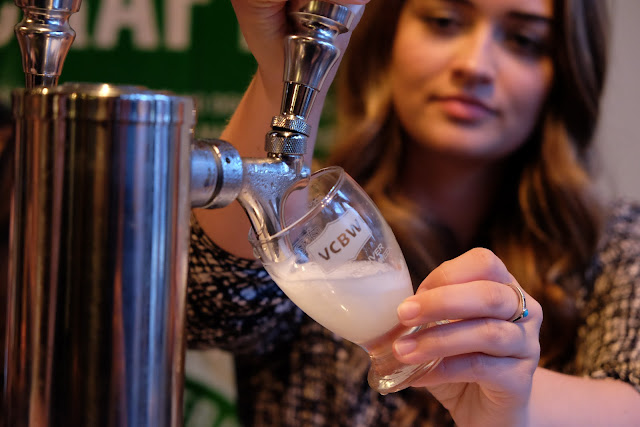 There weren’t too many cideries, but we did find BC Tree Fruit Ciders at the event of which we really enjoyed both the ciders available for sample. 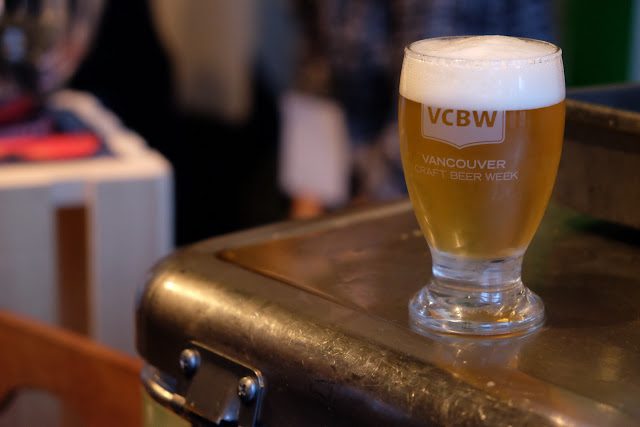 Overall, we had a great time at the Opening Night of Vancouver Craft Beer Week. I enjoyed the smaller venue so you could take time to chat with the different breweries and it wasn’t too overwhelming. A great event if you are a craft beer lover or even if you are new to craft beer. The perfect event to try new beers or just to have a great time with friends! 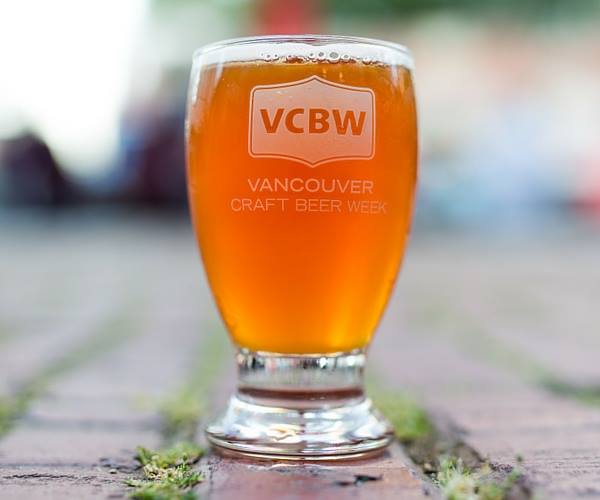 “The seventh annual Vancouver Craft Beer Week is set to kick off with opening night festivities on Friday, May 27th and will run until Sunday, June 5th. This year’s 10-day line up of events includes the VCBW Festival, Canada’s largest craft-only beer festival, presented by the Donnelly Group.

The VCBW Festival weekend will take place from Friday, June 3rd to Sunday, June 5th at the PNE Centre Grounds (2901 E Hastings, Vancouver, BC) and will feature local food trucks, over 350 craft beers and ciders and live music provided by The World Famous CFOX.

From May 27th – June 5th 2016, Vancouver Craft Beer Week will also host a number of craft beer events leading up to the festival weekend.

This year’s VCBW Festival is set to showcase over 100 breweries and cideries pouring over 350 craft beers and ciders from around the world. Local favourites include Parallel 49 Brewing Company, Postmark Brewing and Four Winds Brewing Company. The festival also includes a U.S Brewers Association section, offering craft beers never before seen in Canada.”