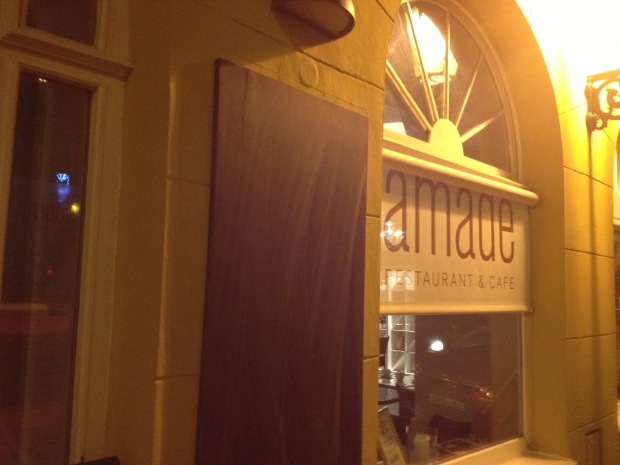 We were looking for some dinner after a long day and I didn’t a little Tripadvisor searching and found Amade Restaurant. It’s located at the old town of Prague where you can see the Charles Bridge since the restaurant is at the edge of the water. The building is apparently the renovated Patcha Palace, which they claim was where Mozart spent a lot of his time here when he visited Prague. 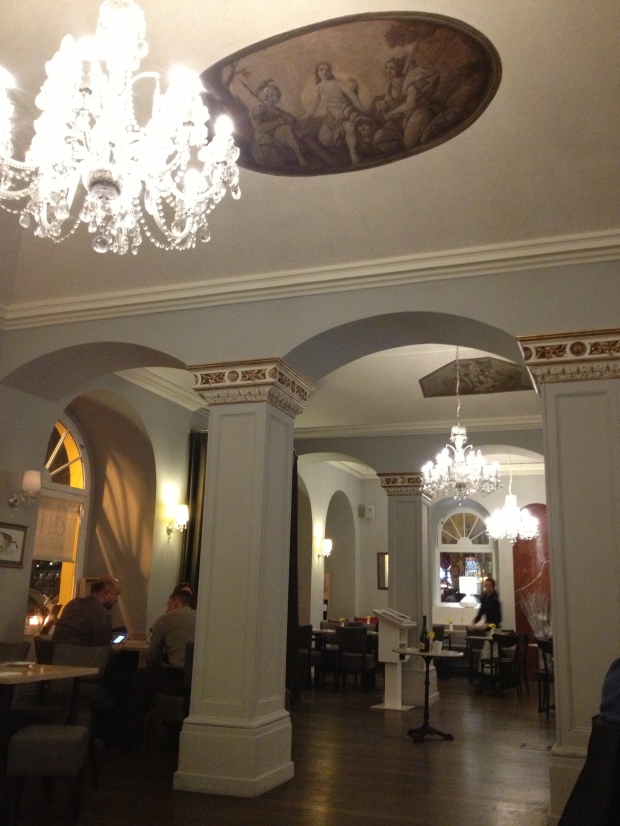 The interior is actually really fancy. However, prices are actually quite reasonable. Perhaps CAN$15-20 for an entree. We arrived very late at night, around 9pm, but they still welcomed us. I don’t think service was amazing, but I didn’t feel annoyed and wouldn’t call it bad service. 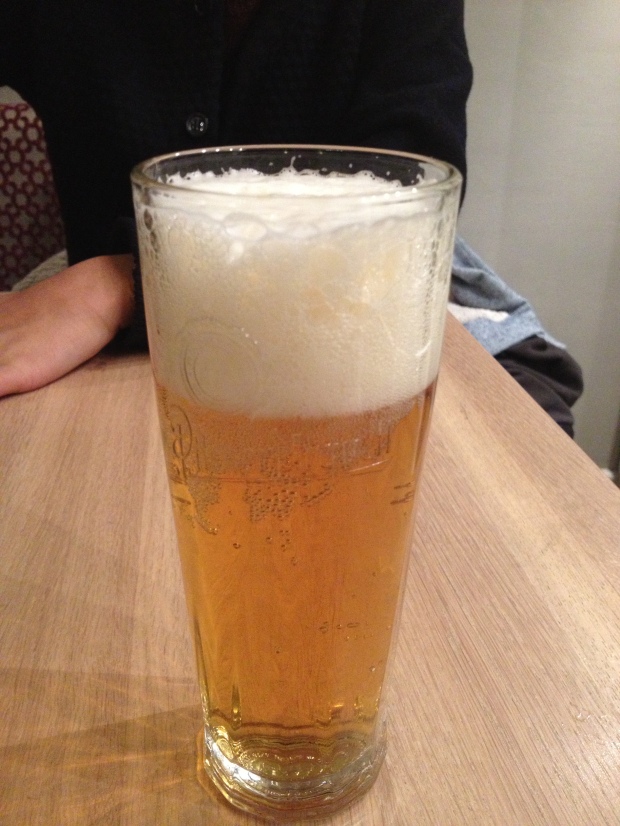 U and I both had the Pilsner Urquell. It’s crafted in Pilsen, which is a city in the Czech Republic. A pale lager beer with a golden colour since it’s bottom-fermented. It’s actually the first pilsner beer the world, which is pretty impressive! 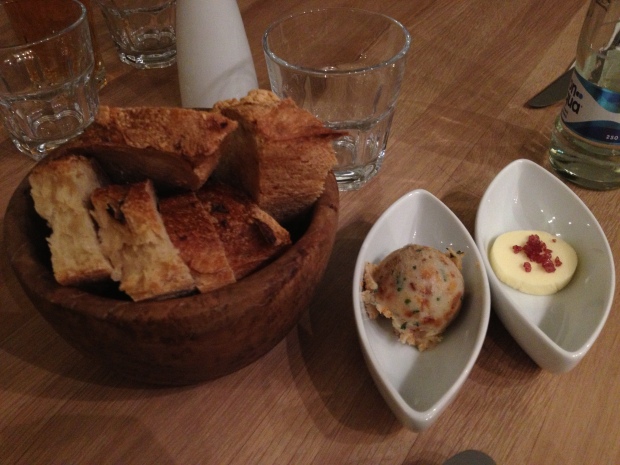 Then we got some Complementary Bread. It was actually pretty good! Crispy on the outside. The interesting thing was the condiments that came with the bread. First, there was the typical butter, but it was salted with something similar to bacon salt? It was a little smoky but salty. Pretty good! The other one was a little bit of a shocker. It was duck fat mixed with some herbs. It seems like duck fat is pretty common to be used with your bread as a spread. It actually wasn’t that bad! Very smooth and flavourful. 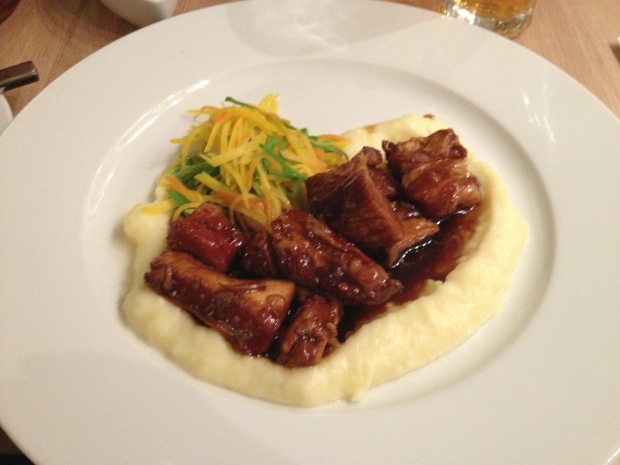 I got the Slow Baked Pork Belly and it was so delicious! It wasn’t a huge portion, but enough to make me full. Plus, it was under $15 I believe. The pork belly had a little bit of fat but not too much which I liked. The meat was so tender and you really didn’t have to chew much! The sauce was light and wasn’t overwhelming. The potato puree was perfect with the sauce. I mixed it with the sauce for some flavour and it was extremely smooth. The roasted radish were julienned thinly and worked well with the dish to give you some veggies. 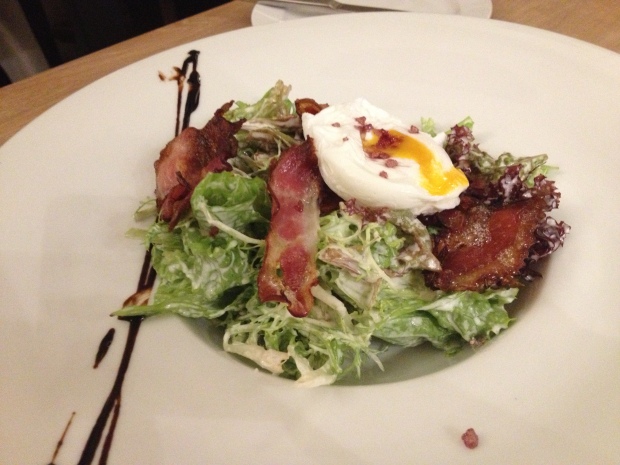 U got the Country Salad since she loves her healthy meals. I’m not sure how healthy this was since it came with tons of crispy roasted bacon! It also came with a poached egg with the yolk slowly pouring out. Mmm that’s always a good egg! She said it was delicious!

K had the Roasted Salmon. Although it was a small piece, it was cooked beautifully with a light crisp and the meat flaked off nicely. Still was moist instead of being overly dry. It also came with a small bowl of Saffron Risotto. We thought it was a little odd at first when it came since it was green, but it tasted pretty good!

All in all, the food was pretty good at reasonable  price points. The atmosphere is a plus since it’s very cozy and modern looking. I’m not sure if I was exactly eating traditional Czech cuisine, although they do have a section that’s dedicated to some traditional dishes. I found it sort of similar to German food with schnitzels and such. I guess if you’re a meat eater, you’ll enjoy Czech cuisine.