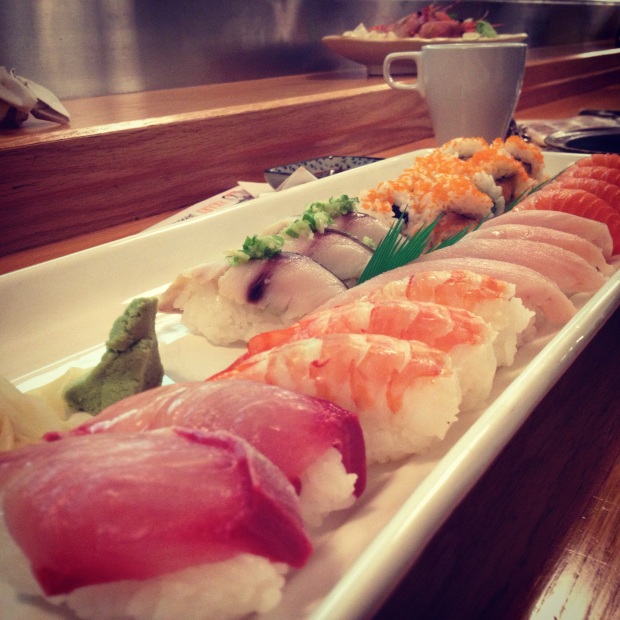 Akari Japanese Restaurant is located in the Coquitlam Town Center and they have made major changes in their menu since the last time I visited. J told me that they now have a $4.95 menu for every item on the menu, so you really need to do some math to figure out which items are a good deal. It’s a Korean owned restaurant, so it’s not exactly authentic Japanese food. We ended up getting several appetizers, but J began to eat them before I even got some pictures! Anyways, here are some of the sushi we got. This included Hamachi, Ebi, Tuna, Sockeye Salmon, and Saba Nigiris. We also got a Chopped Scallop Roll. So basically, each fish was priced at $4.95 and some of them would come with two nigiris or up to four. The salmon and tuna were pretty good deals as each nigiri would come to under $1.25. I found the rolls to be a bit pricey though, as you can usually find typical rolls at a lower price for the same quality. All in all, our food was average. It wasn’t the freshest I’ve had, but it did it’s job. You end up ordering quite a lot since it seems like a good deal, but in the end we ended up paying almost $20 each. You need to be wise when you pick your items here with the new menu.