The last time I blogged about Ebisu at the Richmond location was around 2 years ago. Since I ended up giong to Ebisu two times in a week, I thought it would be a good time to do a revisit post. The first revisit was during a weekday dinner time with J, S, and M. We started with the Party Salmon Sashimi, which comes with 12 pieces of sashimi. The sashimi is fresh and each piece was cut to a good size. 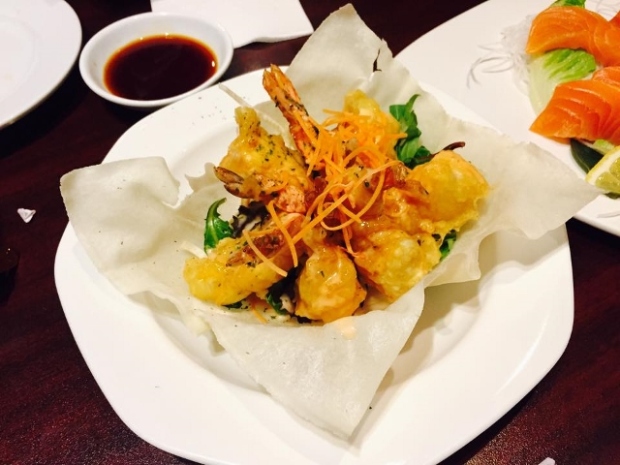 Next was the Tiger Mayo, which featured deep fried Black Tiger prawns with mayonnaise sauce. The prawns came on top of a crispy wonton cracker. The prawns were large, but I didn’t find the batter to be light or crispy enough. These were just sub par.

Another appetizer we ordered was the Chicken Karaage. These boneless chicken were marinated with sake and soy sauce, then deep fried. Again, I found them to be just average. Nothing mind blowing. 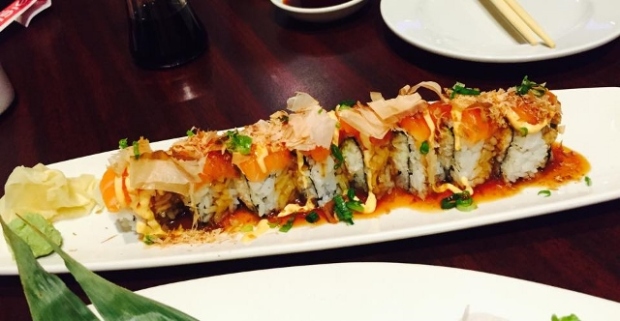 We also ordered the B.C. Blazer, which was California roll topped with salmon and a special combination of teriyaki sauce and spicy mayo. This was pretty good for a modern style roll, with the roll having lots of sauce and flavours.

We also ordered one of their signature dishes, which is the Inferno Toro Sushi. This is box pressed with sesame and sushi rice and the toro is seared at the table by the waitress. Hidden inside the rice is a shiso leaf, which gives it a distinct flavour. The toro melted in your mouth and this was probably my favourite dish of the night.

On a second visit, S and I decided to visit during Happy Hour, which is daily from 3pm to 6pm. During happy hour, they have a couple of deals going on. One of them were the Royal Miyagi Oysters, which go for a special deal for $0.99 per piece with a minimum of 3 pieces per order. Since S doesn’t eat raw oysters, I ordered half a dozen for myself. These are tiny oysters and come from the Cortes Island in B.C. They were fresh and sweet. Great with a dash of Tabasco sauce. 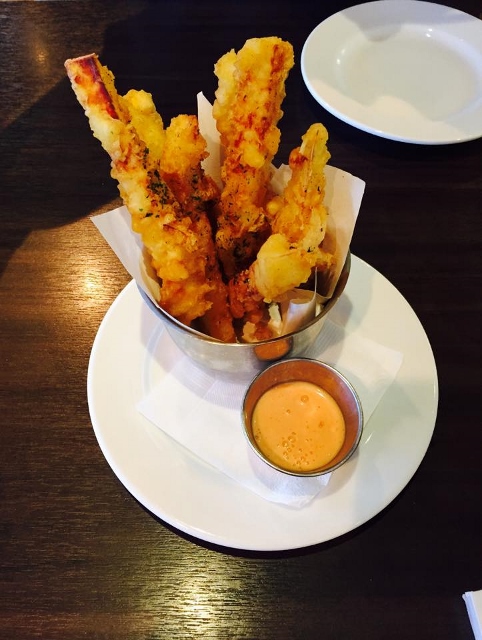 We also ordered an appie of Thunder Fries, which were discounted to $4.95. These are freshly cut deep fried sweet potato sticks and are served with a tangy house cajun dip. I like the use of sweet potatoes, but I find that the tempura batter is too oily and thick. The dip is pretty good though. 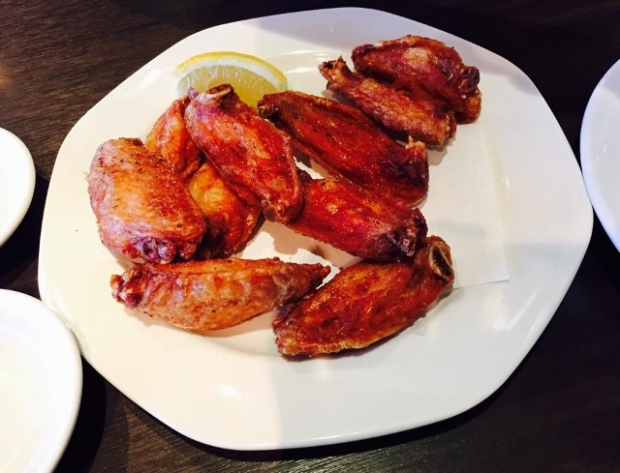 During happy hour, they also have chicken wings for 49 cents each. We decided to have an early dinner, so went all out with the wings. The minimum order is 10 pieces per flavour, so we chose three different flavours. We started off with the Salt and Pepper Chicken Wings, but this was underwhelming. I felt like they barely even put any salt or pepper on it. It just tasted like regular wings, but the wings were way overcooked. They ended up being very dry. Almost felt like eating dry ribs.

The second flavour we chose was the Japanese Miso. This was probably one of the better flavours, but it still fell short. They literally just pour some sauce on top of the salt and pepper wings. They aren’t actually marinated and some of the wings aren’t even covered with sauce. Again, super dry meat. The wings are also extremely small. 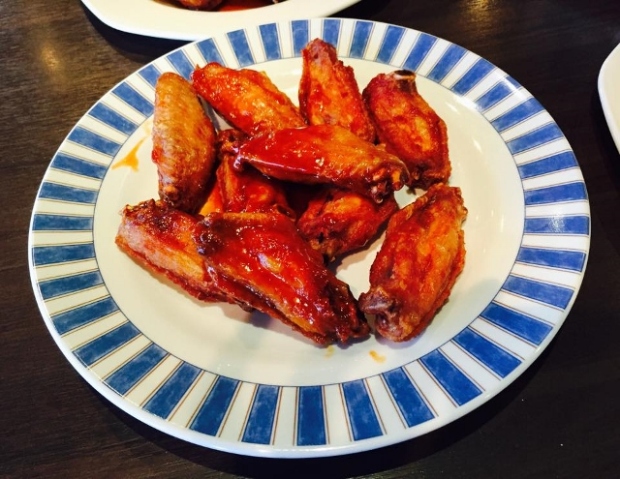 Lastly, we had the Traditional Teriyaki Chicken Wings. These were probably the worst. This didn’t even taste like teriyaki. They were slightly spicy with an odd flavour. Very disappointed with their wings and I wouldn’t be returning for wings for sure.

Overall, Ebisu is your typical Japanese chain restaurant. I find the dishes to be pricey for the quality of food you get. If you’re looking for izakaya food, I would much rather visit Guu, which I find executes the dishes much better.

Pros:
– Modern sushi rolls are decent
– Ambiance is pretty nice with a bar in the middle

Cons:
– Terrible chicken wings
– Regular menu is pricey for the quality of food