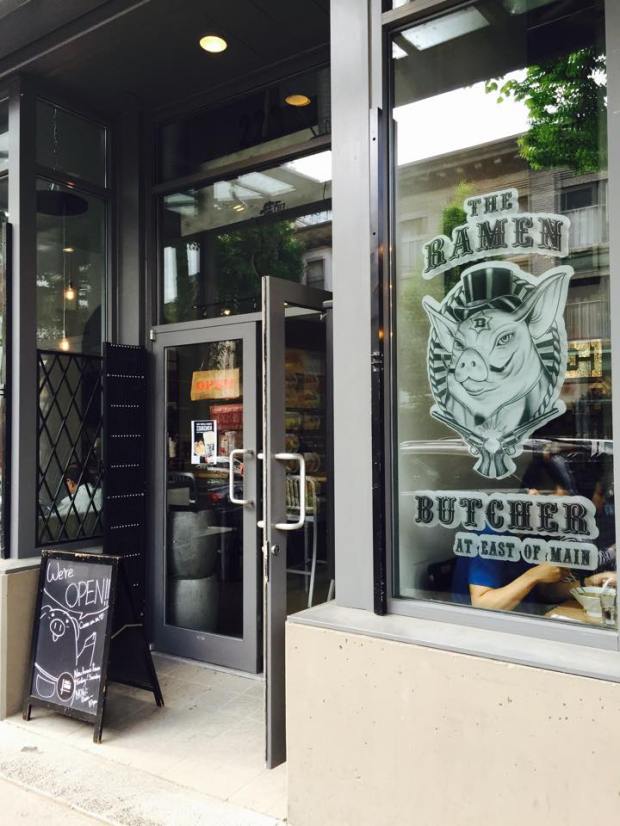 Ramen Butcher opened up earlier this year in Chinatown and was definitely one of the most talked about ramen shops for a good time. They are part of the Menya Kouji franchise, which is a Japanese restaurant group with many ramen shops in Asia. The chefs are all trained under Yamagishi Kazuo, who is the inventor of tsukemen, a type of ramen noodles. 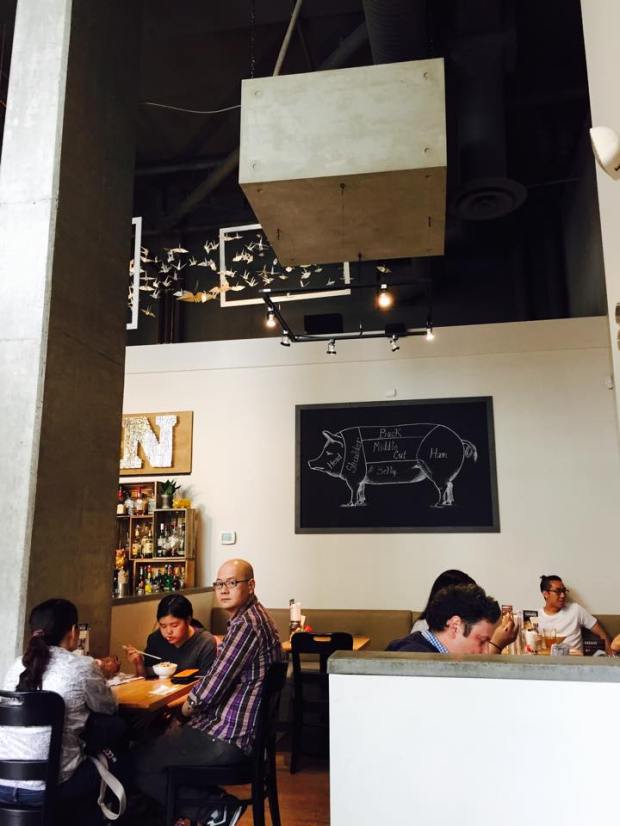 Everyone has been talking about the line ups, and I’m definitely someone who hates waiting. So a few months down the line, I was ready to check this place out, hoping the hype would’ve died down. And it definitely did. We had no wait when we arrived shortly just before 6pm, and the shop remained rather quiet throughout the meal. There were diners, but the tables were not fully occupied.

At Ramen Butcher, their ramens are colour coded. Although most of their soup bases are tonkotsu (pork) based, they put a spin on it with spicy, pesto, and garlic flavoured pastes. S went for the Orange, which has the tonkotsu pork broth with rich miso marinated ground pork. It also comes with aburi pork chashu, which you can choose fatty or lean, and a medium boiled marinated egg. S chose lean chashu and it was pretty much your typical chashu without any fat. The noodles here are much more thin and they are freshly made. I actually really enjoyed the tonkotsu pork broth along with the miso flavouring. It wasn’t too salty although we did find the soup a little on the oily side.

For myself, I got the Black, which features tonkotsu pork broth with roasted garlic oil, aburi pork chashu, and a medium boiled marinated egg. The broth definitely appeared black in colour, and my first reaction to the broth was that it tasted very unique. You get a strong roasted garlic flavour for sure, which I actually quite enjoyed. For my chashu, i chose fatty, and my piece of chashu was literally 90% fat! The fat is more chewy than the “melt in your mouth fat”, but it actually wasn’t that bad. It didn’t leave a fatty residue in your mouth afterwards. The medium boiled egg was also made quite well, with the yolk being runny. 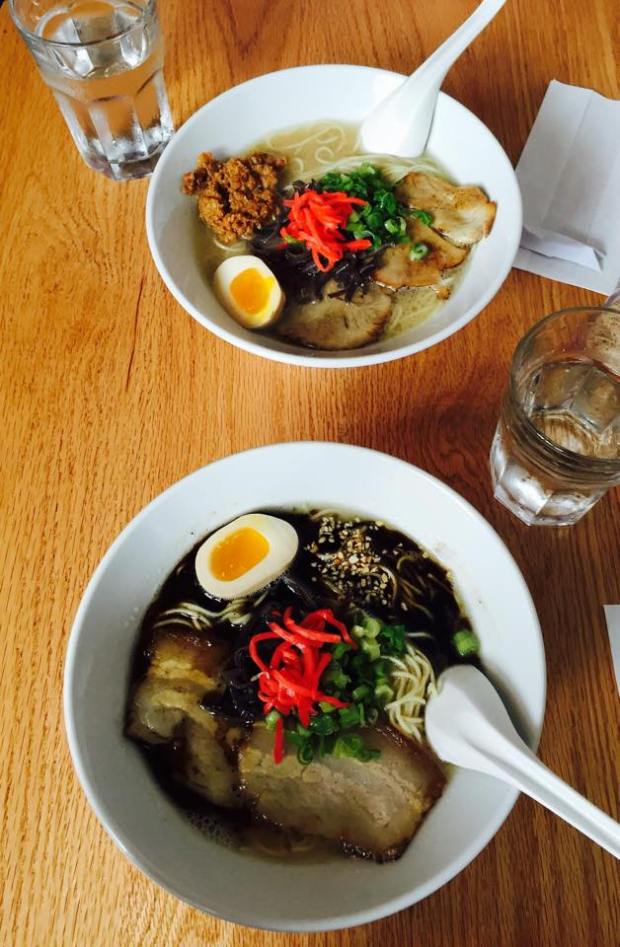 Oh and did I mention that they offer free noodles once you finish your first bowl of noodles and still have soup left? Just let your server know and they will bring you a bowl of noodles to add to your existing soup. We were actually quite full from our first bowl already, but this is great for those who have a large appetite! Overall, Ramen Butcher is a decent ramen joint to try. It seems like people have negative reviews on Ramen Butcher, but I really don’t think it’s as bad as they say. Of course, I would still prefer some of the other ramen joints, like Santouka, but Ramen Butcher is still a great option. Is it so good that I would make a trip out of the way to Ramen Butcher? Probably not. But if I was around Chinatown, it would definitely be an option.

Cons:
– Broth is a little on the greasy side