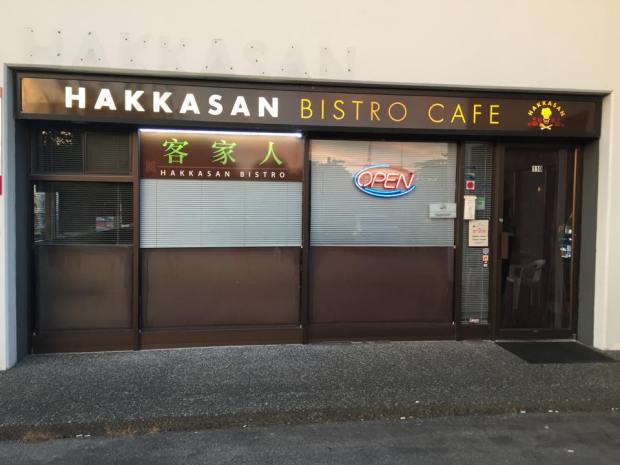 With work being so hectic and exams coming up, K got the chance to attend another ChineseBites media event on behalf of me. This time, it was at Hakkasan Bistro, where we have both been years ago when it first opened. It’s located in such a random area, with industrial offices on No.5 Road, that I have almost forgotten about this restaurant as an option.

The ChineseBites media dinner featured a good 10 course meal. It started off with the Honey Roasted Pork Cheeks, which is a chef’s signature dish. The cheek, or jowl was very tender and had that nice chewy texture. It was marinated in a honey glaze so it had a hint of sweet flavour. 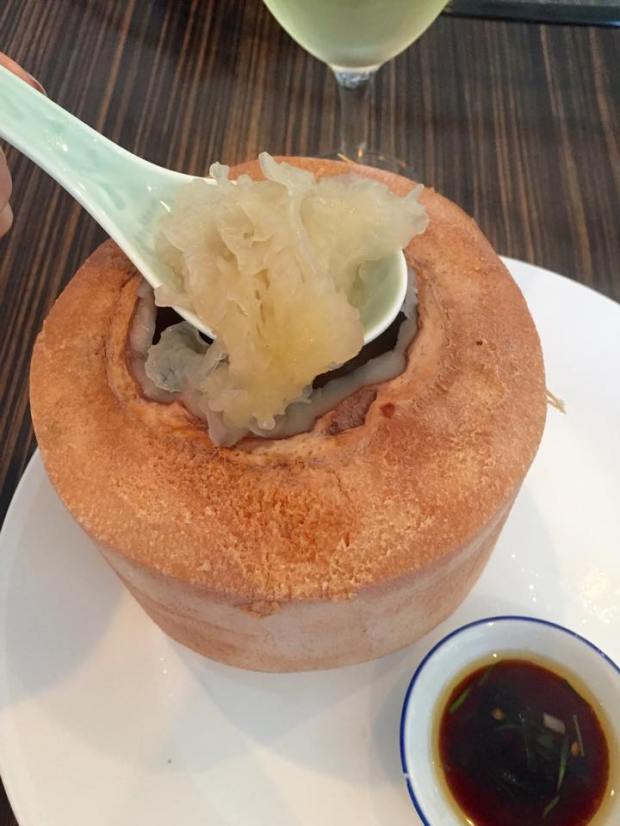 Another signature dish was the Whole Coconut Pork & Snow Fungus Soup. The soup is double boiled for over three hours with pork, snow fungus, and savoury broth. K liked how the soup had coconut flavour, but also that you could scrape the coconut on the side, which was soft enough to eat. It also came with a soy sauce and chives dipping sauce which helped flavour the chicken. K’s only complaint was that the hole was a bit small, so a bit hard to eat, but nevertheless, one of the favourites of the night. 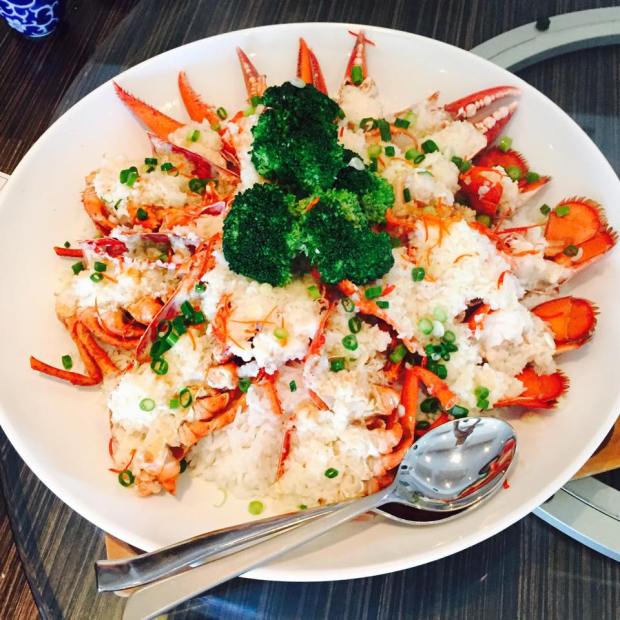 Next up was the Steamed Specialty Odorless Garlic Lobster which is one of their famous dishes. The garlic is odour-less so you won’t have garlic breath after eating this! K thought that the garlic flavour was not as pungent, and many others agreed that they would still prefer the real garlic. However, the lobster was pretty fresh and came with a fragrant jasmine rice.

Another specialty is the Ancient Style Salt Baked Chicken. The free range chicken is marinated with a special blend of ten different flavourful Chinese herbs and spices, and then wrapped in parchment paper and placed in a clay pot filled with hot salt. This ancient baking technique gives the chicken a unique aroma and taste.

K liked this a lot since it was not super salty despite being cooked in salt. She also found the meat to be very tender. 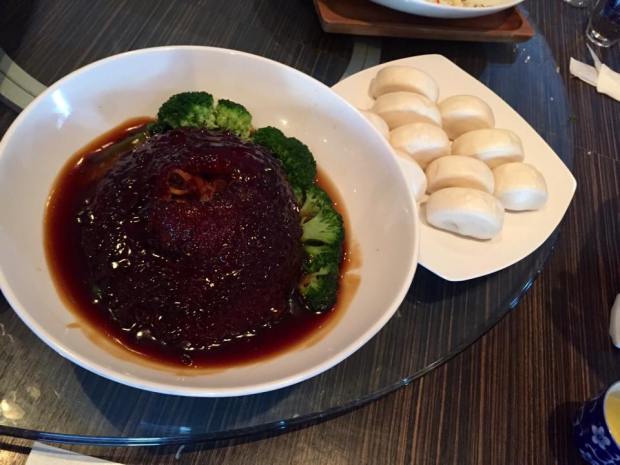 The Braised Pork Hock is glazed in a sweet braise sauce and came on top of some broccoli. K said that the fat didn’t melt in your mouth like some other restaurant’s pork hock, but it was still pretty good. The Steamed Mini Flour Rolls were also perfect to pair as there were lots of dipping sauce. 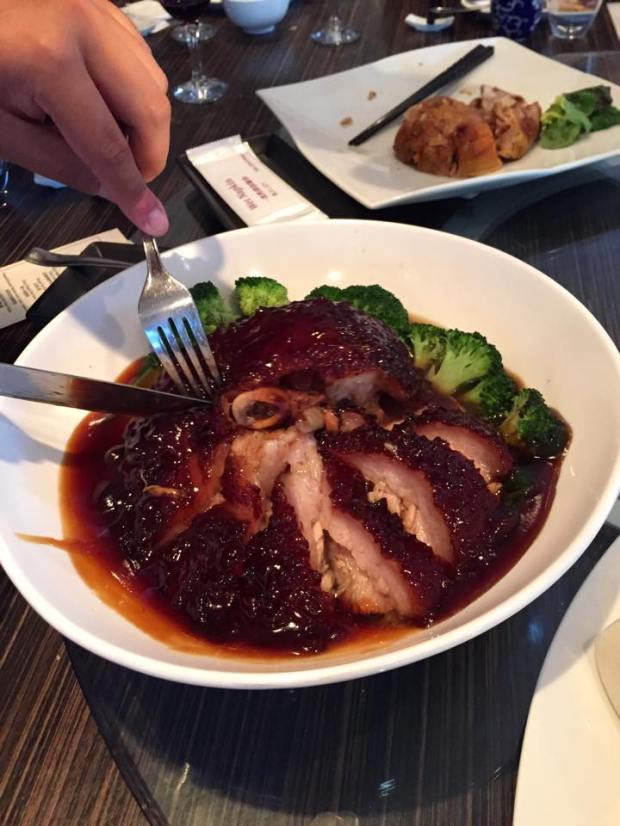 A nice layer of fat on top of tender meat.

Some greens for dinner were the Mui Choy Stirfry Seasonal Greens. The mui choy was pickled and flavoured well, and was great to go with rice. You don’t see many restaurants using mui choy to stirfry with veggies, so this was an interesting dish.

The Hakka Homestyle Steamed Egg was a favourite because it was simple yet had the homey feel to the dish. Again, it paired well with rice and featured pork and duck yolk inside the silky smooth steamed egg.

The last savoury dish was the Stirfry Fish with Pickled Cabbage. K found it to be quite average and her least favourite dish. Not that it wasn’t good, but there wasn’t anything too special and she felt like she could order this at any other Chinese restaurant.

To finish off the huge meal, there was Steamed Milk Egg White Custard, which was great to ease off the savoury dishes. The custard is not very sweet, and K said it seemed like a great dessert if you’re on a diet!

Overall, Hakkasan definitely had quite a few impressive menu items. Prices are a bit on the higher end but they execute well with good quality items. Be sure to check to make sure whether you need to order some of these items a day in advance. The coconut soup and salt baked chicken, for example, require reservations.