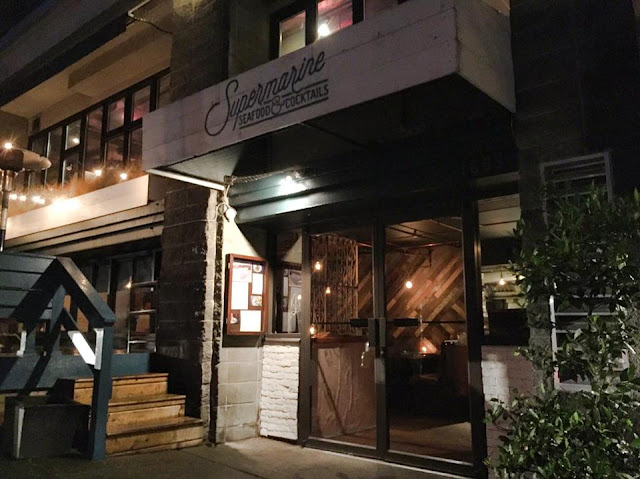 My second Dine Out Vancouver Festival restaurant was at Supermarine, a relatively new restaurant tucked away in Kitsilano in an area I was not even aware of. Located on Yew St and W 1st Ave, the restaurant is quite the hidden gem. 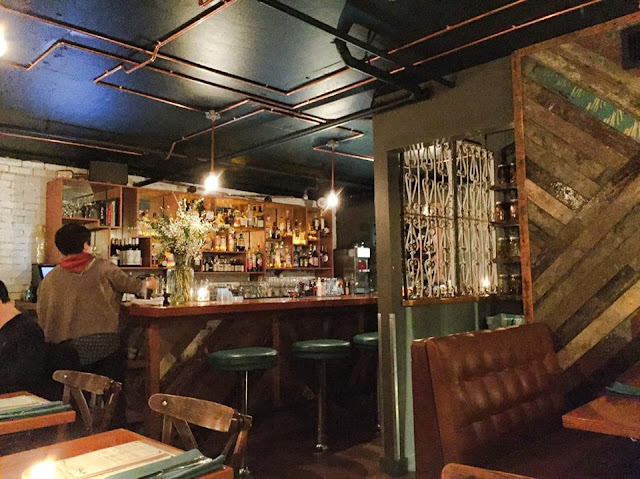 The interior is very small, fitting around 35 diners, with a rustic charm. 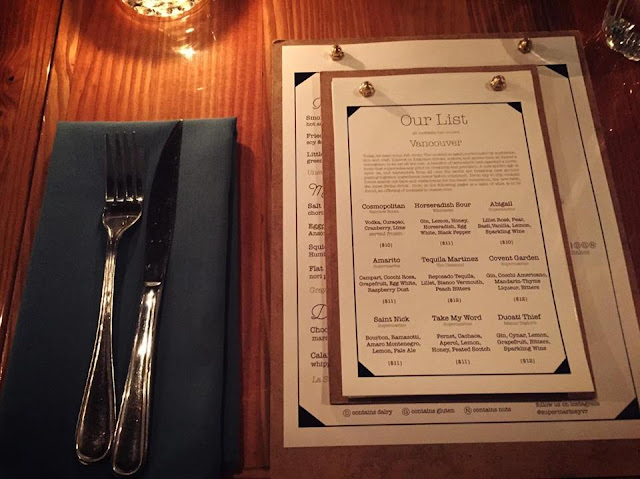 Their Dine Out Vancouver Festival menu was $30 so very reasonable, considering we were beyond full by the end of our meal. 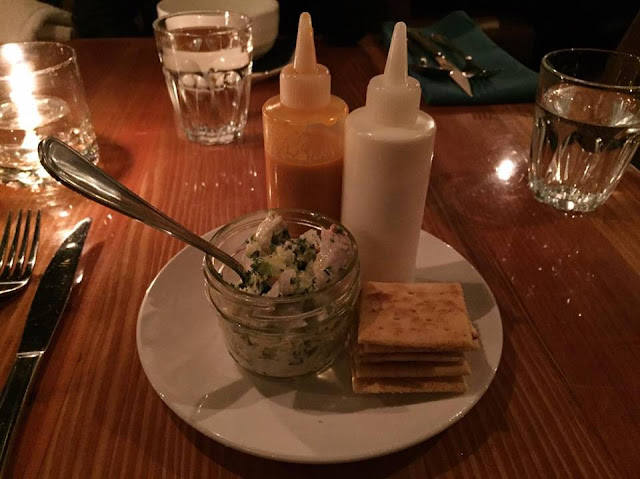 For appetizers, we ended up trying all three choices on the menu. I got the Smoked Whitefish, which was presented a little funky looking with their bottles of homemade hot sauce and creme fraîche served on the plate. On the side were buttered saltines to place your smoked whitefish on. We all really enjoyed this and it reminded me of Fable’s canned tuna. 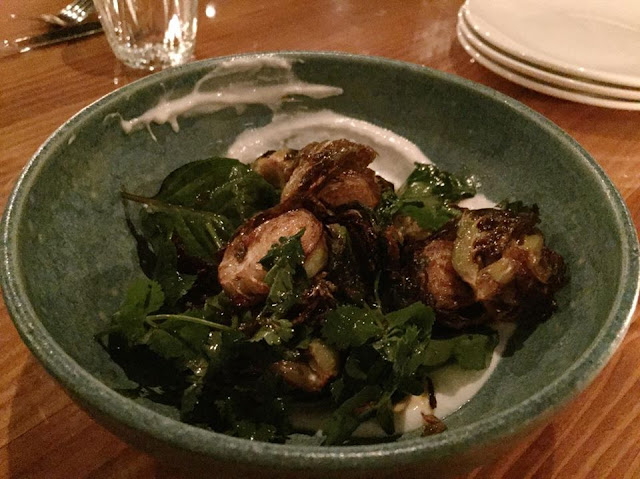 SP got the Crispy Brussels Sprout Salad with soy, honey vinaigrette and yogurt. I had a bite and the brussel sprouts were cooked to tender with nice crispy edges. I don’t usually like brussel sprouts, but these were delicious! 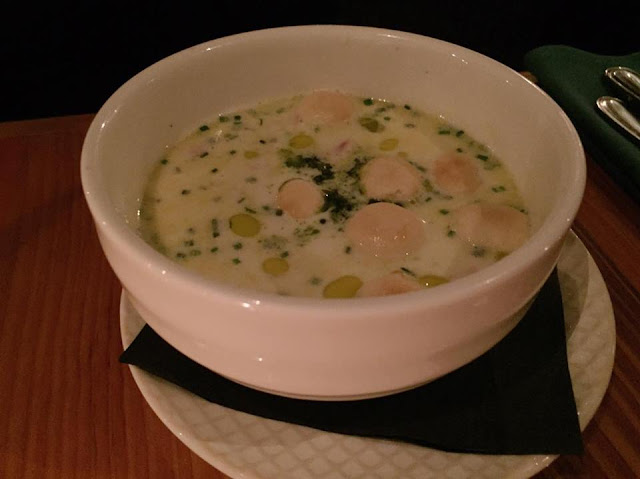 SK got the Littleneck Clam & Ham Hock Chowder. It comes with oyster crackers and is topped with a green garlic pistou sauce, which is similar to a pesto. 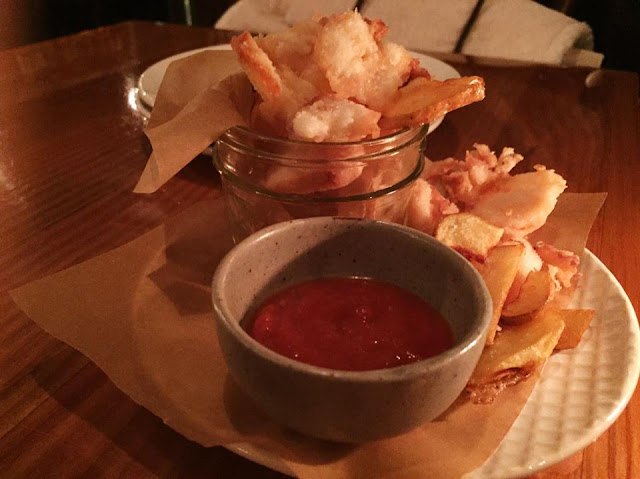 We also added on a side of Octopus Chips for around $9. Served in a jar, these were sliced octopus and fingerling potatoes battered and deep fried. A slightly spicy tomato aioli was served alongside for dipping and this made a great snack. The octopus was very tender and potatoes were nice and crispy. Too bad we found that there were way more potatoes than octopus. 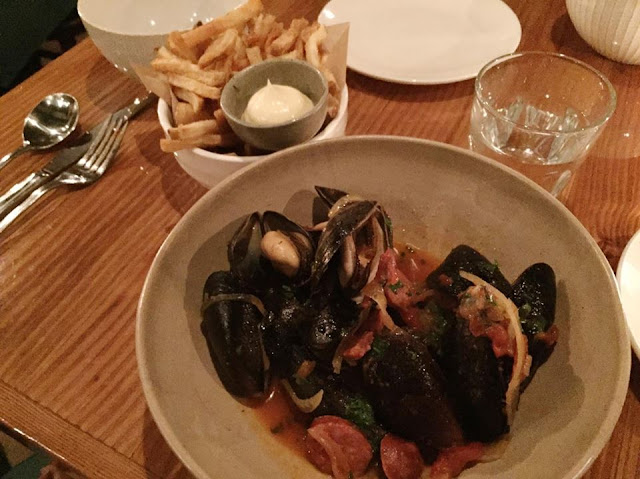 SP and SK both got the Salt Spring Island Mussels for their entree. The mussels came with chorizo, fennel and were cooked in a smoky tomato broth. The mussels were plump and fresh. No empty shells in the bowl! A generous serving alongside with a huge bowl of fries and tartar sauce. The girls could barely make a dent in the fries after finishing the mussels! 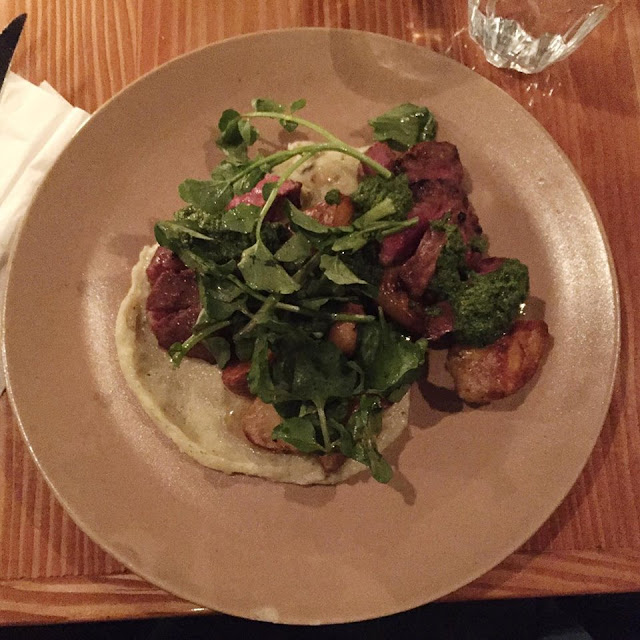 I sort of wanted the mussels as well, but being a foodie, I had to order something different, so I went for the Grilled Flat Iron Steak. The already sliced steak came on top of a nori potato puree with smoked fingerling potatoes and covered with watercress. The steak was cooked to a beautiful pink medium rare and was very tender. At first I thought the plate looked small, but there were actually a lot of meat and potatoes. Was definitely stuffed by the entree! 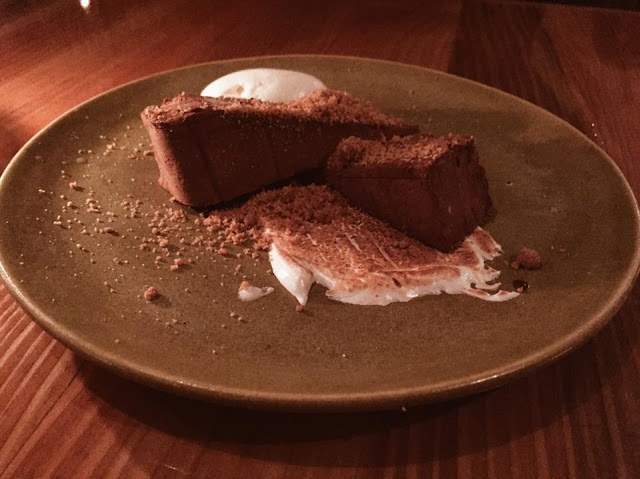 For dessert, the girls got the Chocolate Semifreddo. I stole a bite and really enjoyed it! A nice firm chocolate cake with toasted marshmallow, graham crumbs and smoked salt. 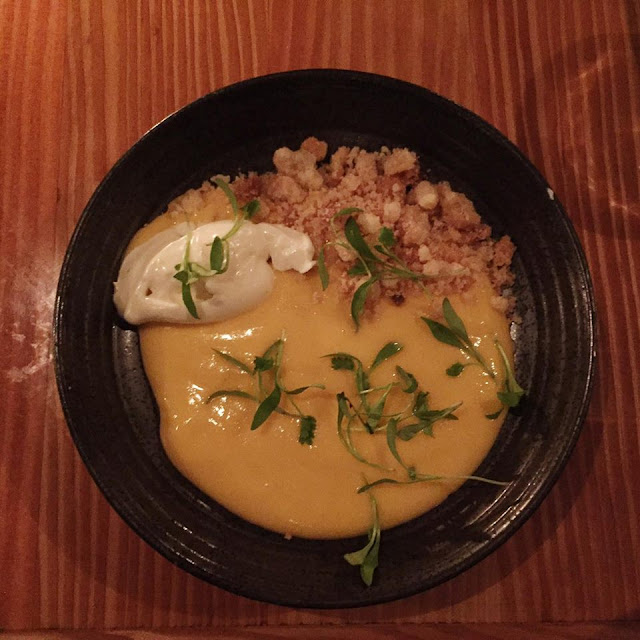 For myself, I chose something different again and went for the Calamansi Lime Curd. When I saw it, I was pretty confused at what I had, but it turned out to be a lime curd with whipped ricotta, shortbread crumb, candied citrus and topped with cilantro. The flavours worked very well together with that herb taste coming through from the cilantro. The lime curd was quite sour but when mixed with the sweet ricotta, there was a nice balance. Not bad!

Overall, we were quite impressed with the flavours of the dishes at Supermarine. Prices are also very reasonable and if you enjoy cocktails, they have a great list. Only downside was that our service started out pretty good, but at the end, apparently they had a huge 10 people reservation right after us, so they kept pushing all the diners along one side of the dining table to leave. Felt like the service lacked because of wanting to maximize capacity from Dine Out, so will need to come back on a regular day.

Cons:
– Service during Dine Out wasn’t very good
– Seating was a bit tight (not sure if it’s like this during regular service)