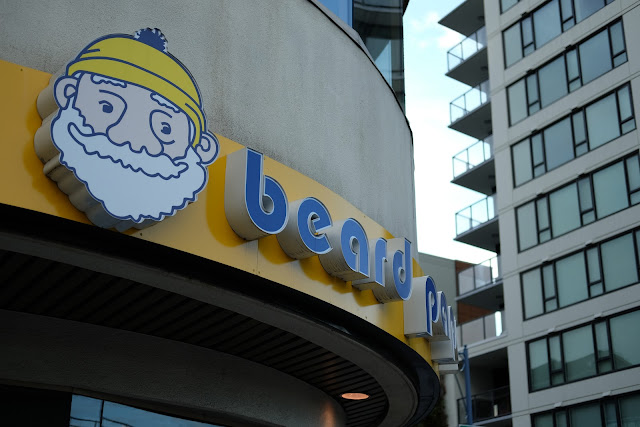 I’m sure most of you know about Beard Papa by now. It was the hype when it was first brought here from Japan, but they have locations everywhere now that it’s pretty accessible to everyone. However, a year ago, they closed down their stall inside of Richmond Centre and opened up a cafe under the London Drugs complex on No. 3 Road. 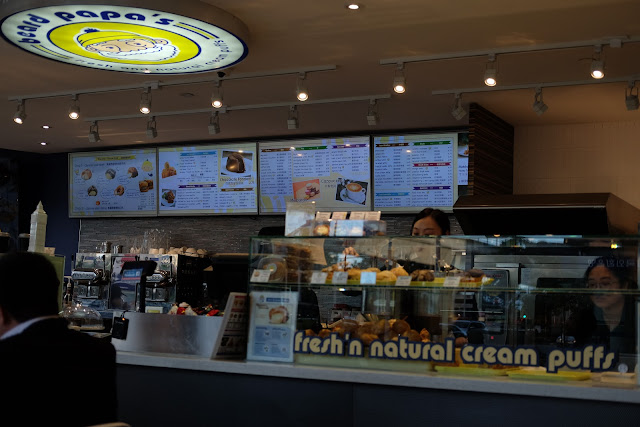 This got me really intrigued especially when I noticed that there were always customers sitting in the cafe everytime I drove by, no matter what time it was. Finally, I suggested to S that we take a small dinner and instead fill up with desserts! The cafe here has more than just their famous cream puffs and I could see why people liked to chill here. There were a mix of young and old and it was a great place to sit and chat since it is typically not packed. 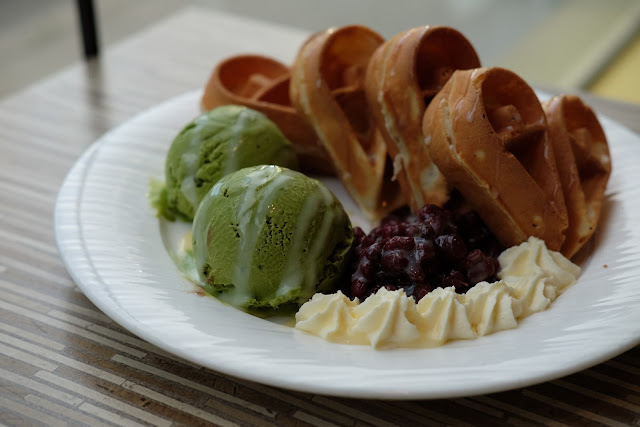 We started off with the Red Bean with Green Tea Ice Cream Waffle but we paid extra to get mochi filling inside our waffle. The preset version with mochi inside doesn’t come with green tea or red bean. This reminded me of the time we first tried mochi waffles in Taipei. This was delicious with the warm and cold mix and is a great item to share with friends. 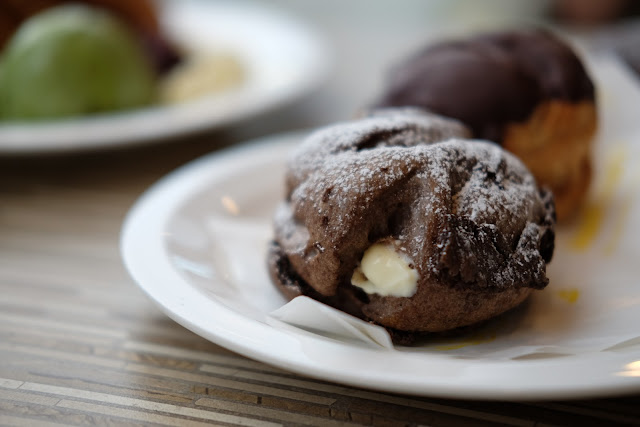 Onto the cream puffs. We didn’t want to try the original ones since we’ve all had those. This time, we tried out their Cocoa Puff, which is essentially the same as the original but the puff itself is cocoa flavoured and the centre is filled with vanilla cream. 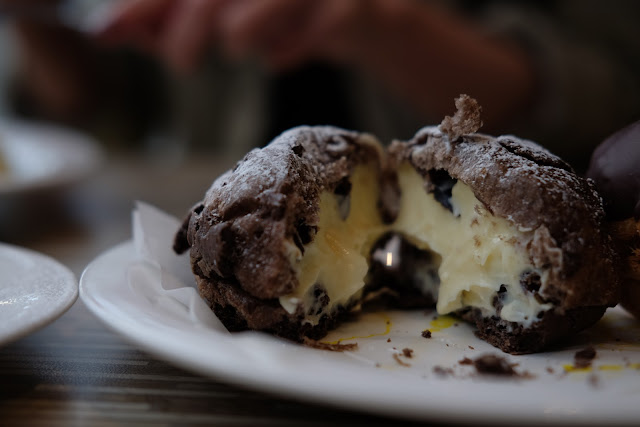 To be honest, I found the puff to be rather dense, so I much prefer their original batter. 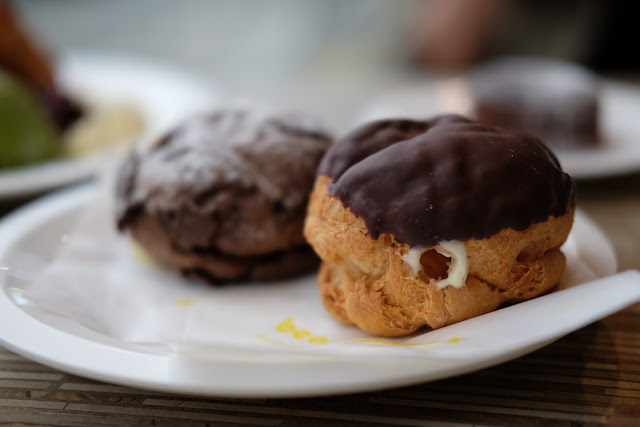 The Eclair was essentially what the name is. It’s the original cream puff with vanilla cream filling and dipped with chocolate sauce on top. I quite liked this as I’m a sucker for chocolate and this gave just the right amount of sweetness and chocolate flavour without the dense puff that the Cocoa Puff had. 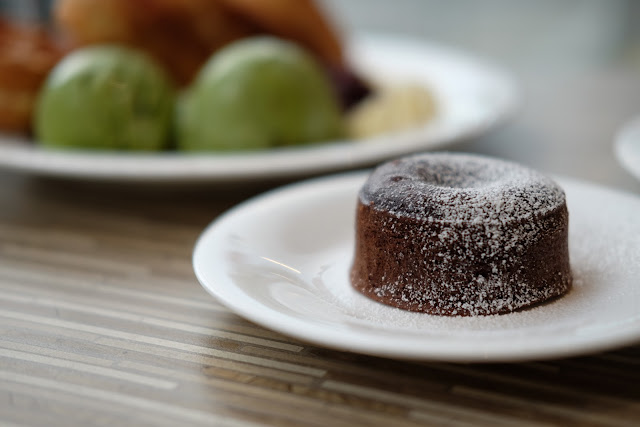 Last but not least, we tried the Chocolate Fondant which also comes with the flavour choice of green tea. 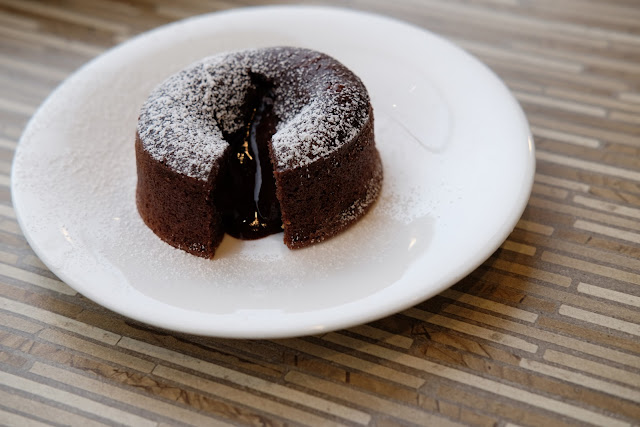 Unfortunately, the chocolate did not ooze out as much as I wanted. These fondants are pre-made and then they reheat them so perhaps that’s why the ooze isn’t as apparent as those in restaurants. This was just average and too sweet for me personally.

Overall, we quite enjoyed Beard Papa’s Sweet Cafe. I think this would be a great spot to catch up with friends over drinks and sweets without having to crowd at the typical shaved ice and bubble tea joints. Service was also very friendly. Other than sweets, they also have savoury snacks and sandwiches, which seems a little odd. But I haven’t tried these, so I can’t comment.

Pros:
– Wide selection of both sweets and savoury
– Service is friendly and good spot to chill

Cons:
– Some hits and misses
– Many of their desserts seem to be pre-made so may not be super fresh based on traffic