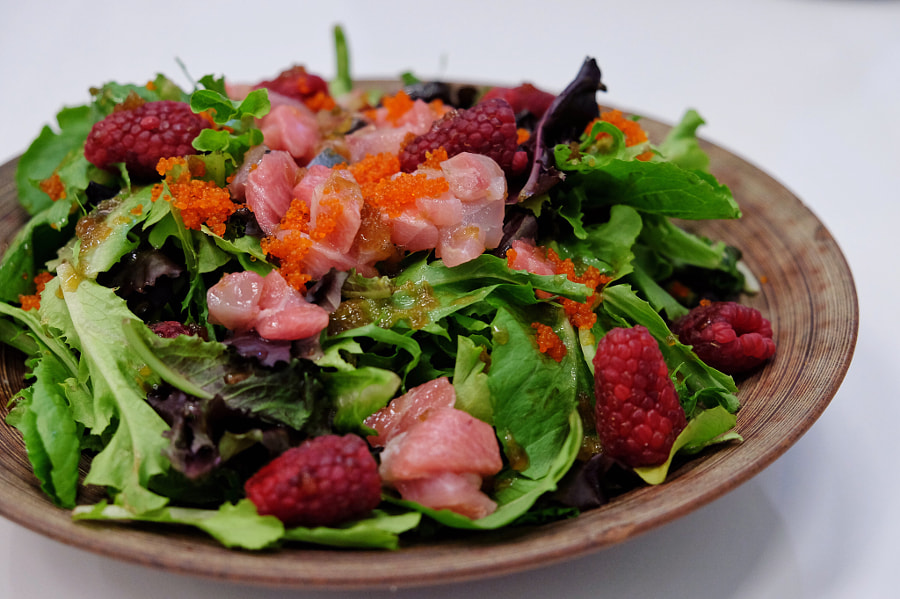 Back in the summer, S invited me to join a couple of her friends for a private sushi dinner. We contacted Takuya Motohashi, the chef at Soyfish, who can prepare your meal at your house. We ended up doing it at a friend’s clubhouse which had a simple kitchen. He brings all his kitchen equipment, so don’t fret if you don’t have any kitchen equipment. Takuya began learning the art of sushi as an early teenager working for his father. In his early twenties, he left for Japan to apprentice for some of the countries’ masters. For over two decades, Takuya has developed and mastered techniques and styles that he has brought back to Canada to offer his clients, to create a private dining experience like no other. Our dining experience was $100 per person before tip. Depending on what you want as part of your menu, the price can differ.

As our appetizer, we had the Sashimi Salad which had pieces of snapper and blue fin tuna, raspberries, tobiko, and an apple vinaigrette to drizzle. Such a light and delicious start to our meal. Really loved this salad! 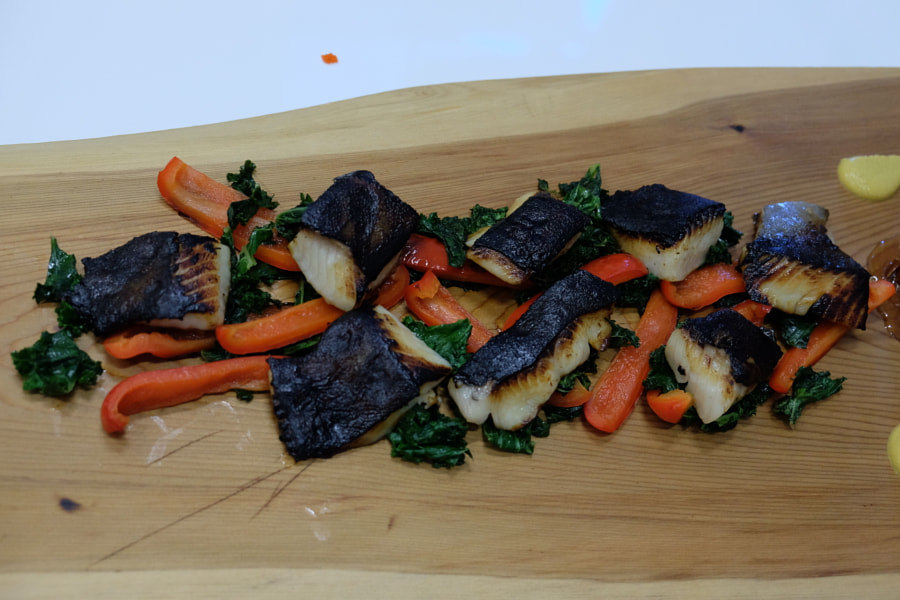 Our menu had some cooked food which included the Miso Marinated Black Cod on a bed of kale and bell peppers. This cod was absolutely delicious! Sweet and moist, with the skin charred to a beautiful crisp. 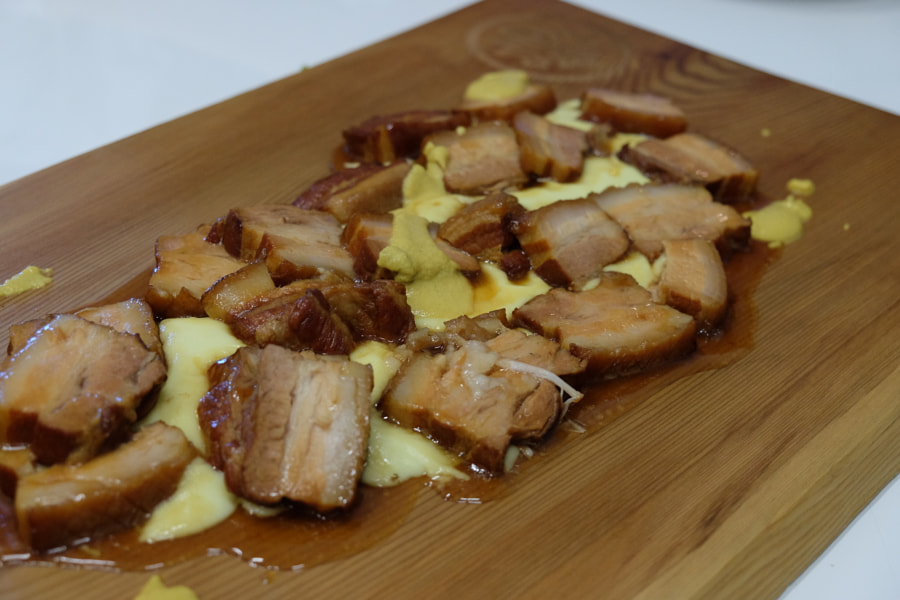 On the other side of the board was the Pork Belly on Mash served with a spicy Japanese mustard. The pork belly had the right amount of fat to meat proportion and sat on top of a creamy buttery mash. My favourite was the Japanese mustard. I think it was spicy because of wasabi! What a nice twist to the typical mustard. 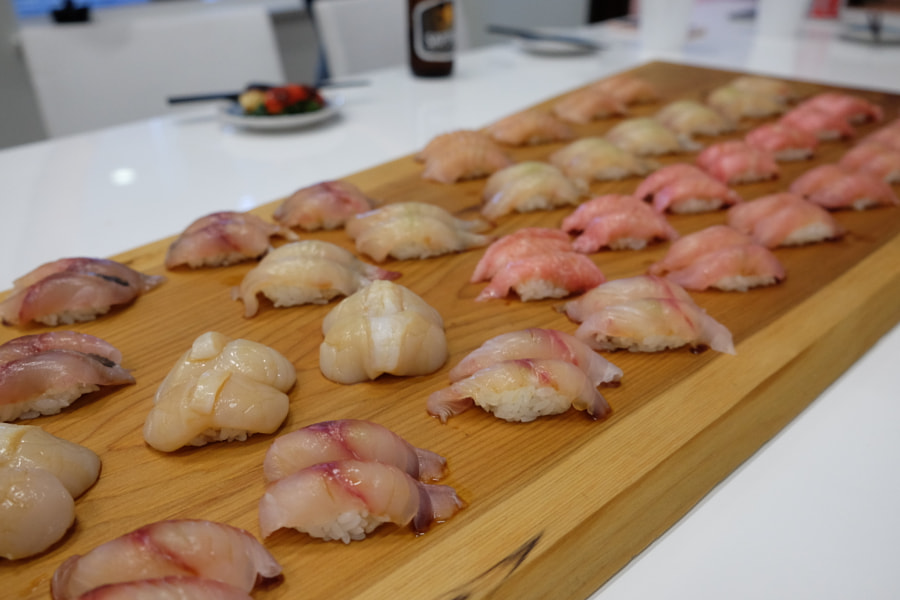 Next up was the Nigiri board! We had a large variety of nigiri to share including Golden Eye Snapper, Aji, Hotate Scallops from Hokkaido, Hamachi, Blue Fin O-Toro, and Albacore Tuna. 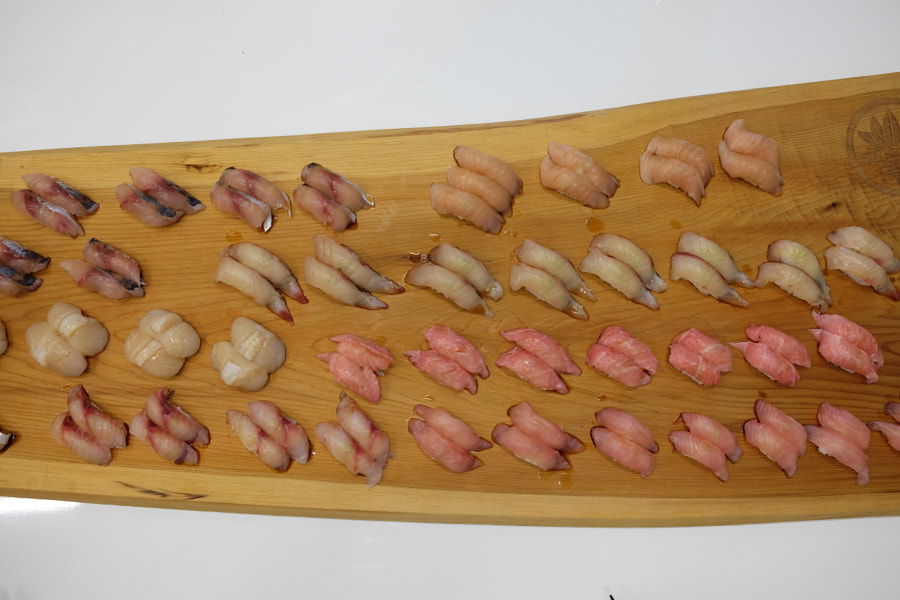 My favourite had to be the O-Toro and Scallops. The fish was really fresh and the proportion of rice was just right. I also liked how he already brushed a light soy sauce on top of the fish before serving so you don’t need to dip it into soy sauce anymore. The amount of soy is already set so it’s just the right amount. Seriously such a luxurious nigiri meal! 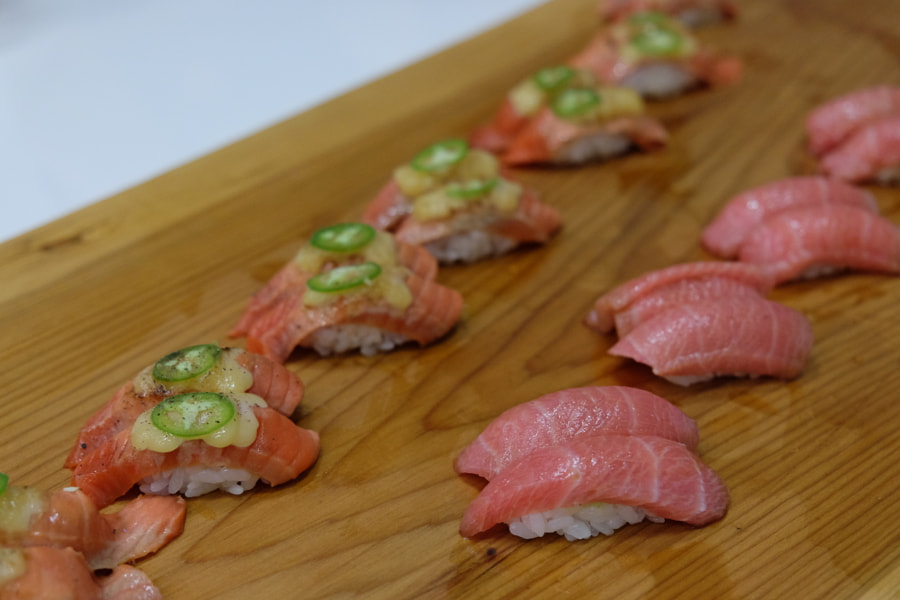 To finish, there was what I believe was the Blue Fin Chutoro which again was extremely sweet and melted in my mouth! We also had the Aburi Sockeye Salmon which wan’t close to what Miku was but rather was a very light sear on the salmon and topped with some mayo and jalapeno. Not as oily for sure. 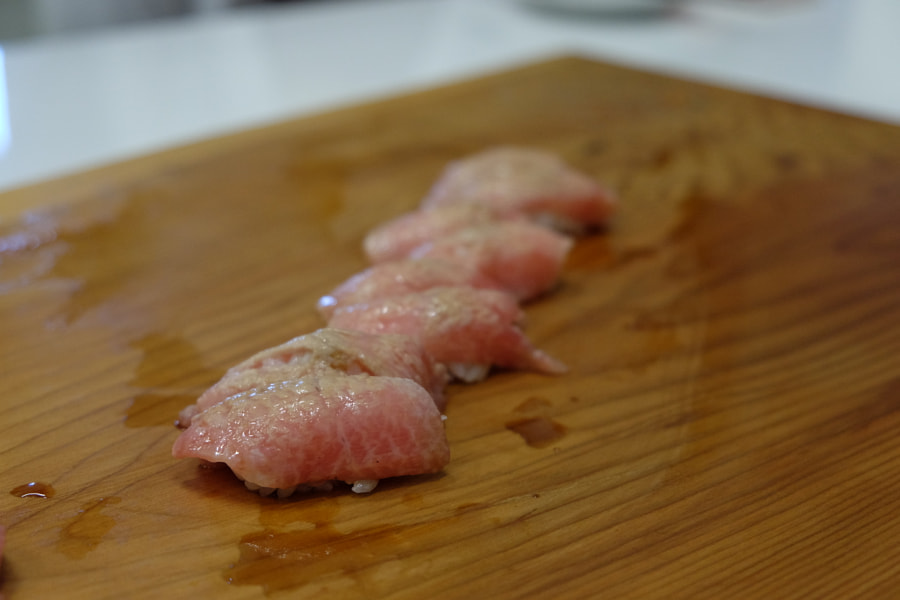 Last but not least, there was Aburi Blue Fin Belly which was seared with a sweet soy sauce. This melted in my mouth as well! So good!

Overall, we were all pleased with our meal with Soyfish. I believe he required around 30-45 mins of prep time ahead of time. During this time, you and your friends can linger around and watch him do his thing while enjoying some drinks. The dishes are served in sharing plates or long boards and he provides all the cutlery and plates required. The amount of food is just right for each person. The price is not cheap, but the ingredients he uses is also the top of the ranks. The chef was very professional during our meal but also was able to relax and have some fun with us near the end. He can be sociable and chat with your party if you want or he can just do his thing and leave you to your own party. I highly recommend Chef Takuya for your next dinner party if you want to splurge a little and you can contact him at http://soyfish.ca/ or DM him on Instagram.