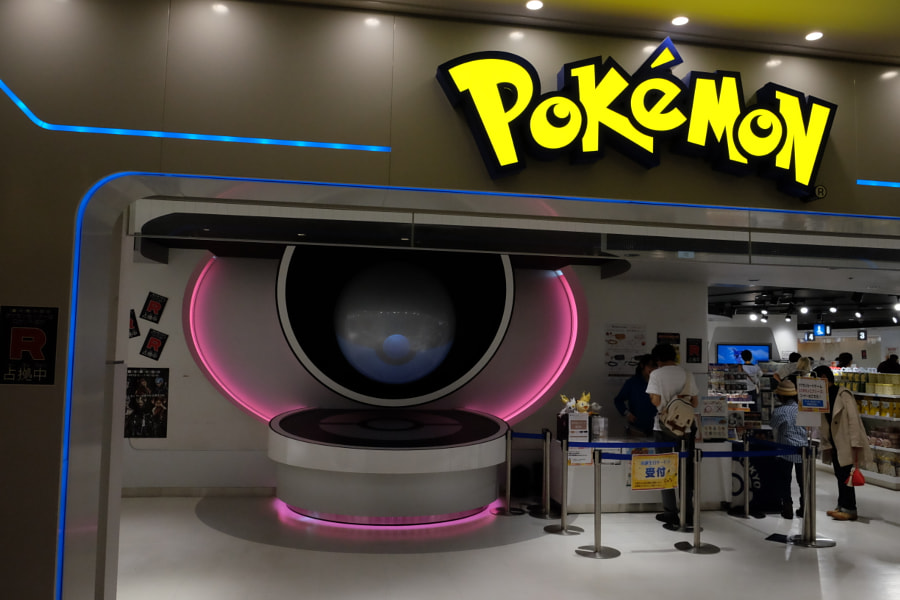 Being the jam-packed traveler that I am, on the way back from Odaiba, I suggested to S that we check out one more district. This was Ikebukuro (池袋). It has the second busiest railway station in Tokyo and offers entertainment, shopping and dining. The destination this night was to Sunshine City (サンシャインシティ) though, a shopping mall near the station. I actually remember living in a hotel near here back when I traveled with my parents. We stumbled upon the Pokemon Center while walking through the mall. They feature lots of Pokemon merchandise, many which I think are exclusive to Japan. I swear S had a really good time looking at the merchandise here! The real reason I cam here was because my sister had suggested we visit Namja Town. This is an indoor theme park by the creator of Pacman and houses some interesting attractions. However, admission is 500 yen. 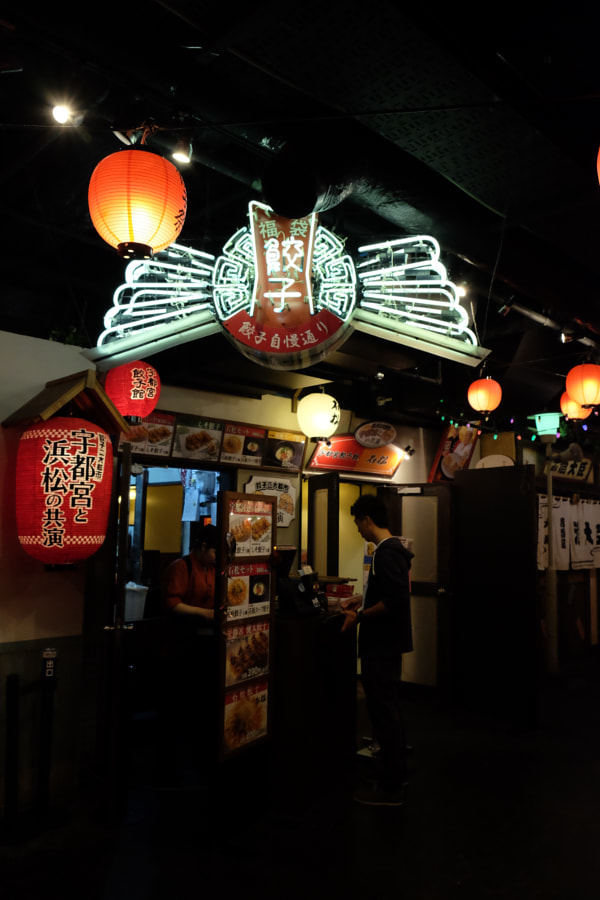 One attraction is the Gyoza Alley. Inside, there is a lane of gyoza shops. However, when we arrived, there were barely any people (probably because it was dinner time). It felt like a ghost town. Gyozas were also quite pricey here, especially after paying the admission to get inside. 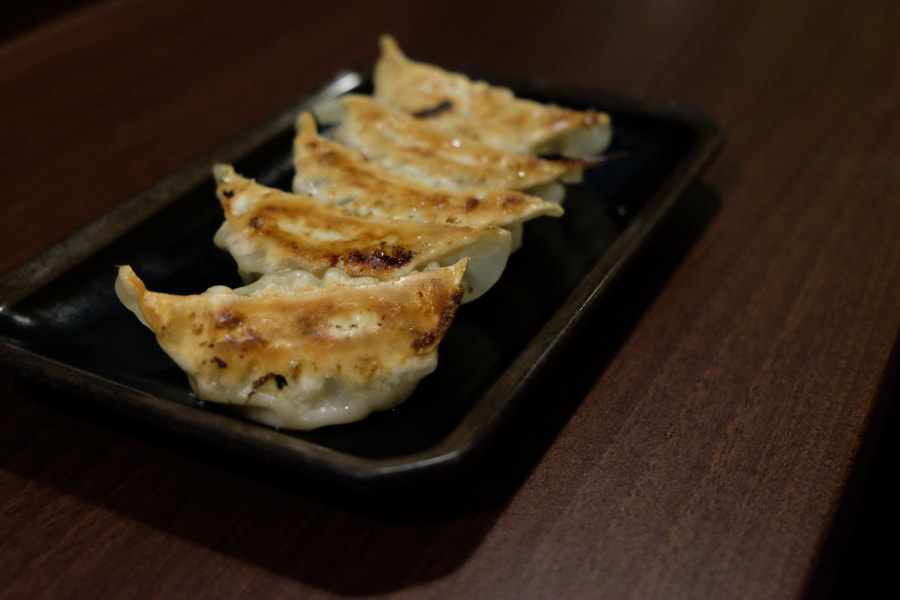 Since we were here, we decided we should still give it a try. We shared a plate of gyozas, and they were pretty good. I feel like any gyozas in Japan are good compared to in Vancouver though… 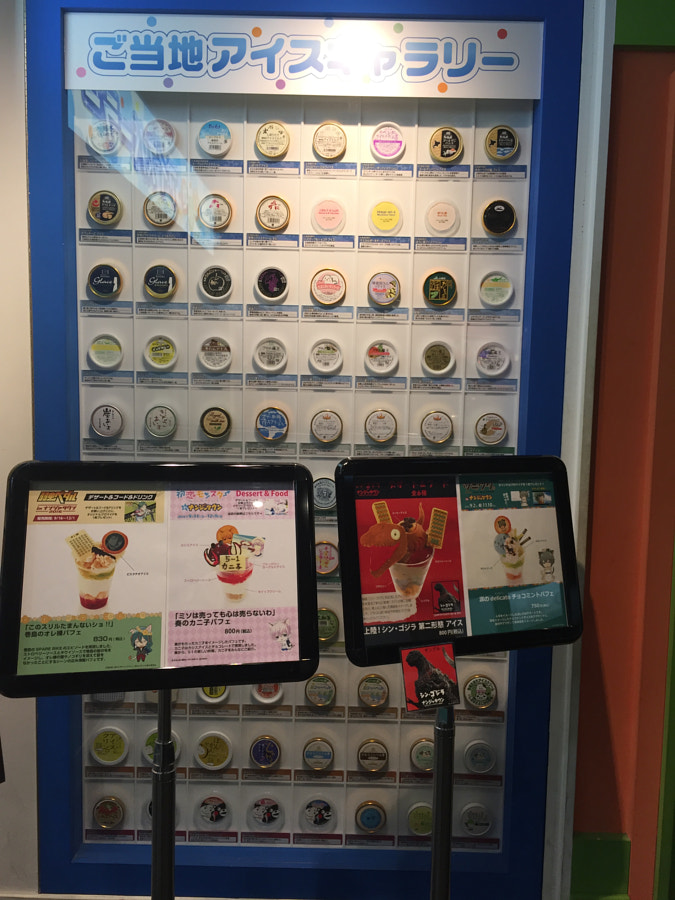 The second attraction that made me want to visit was the shop at Ice Cream City. This ice cream shop features the weirdest flavours. You can choose from a collection of 50! There are normal flavours too, but of course I had to go for the unusual ones! 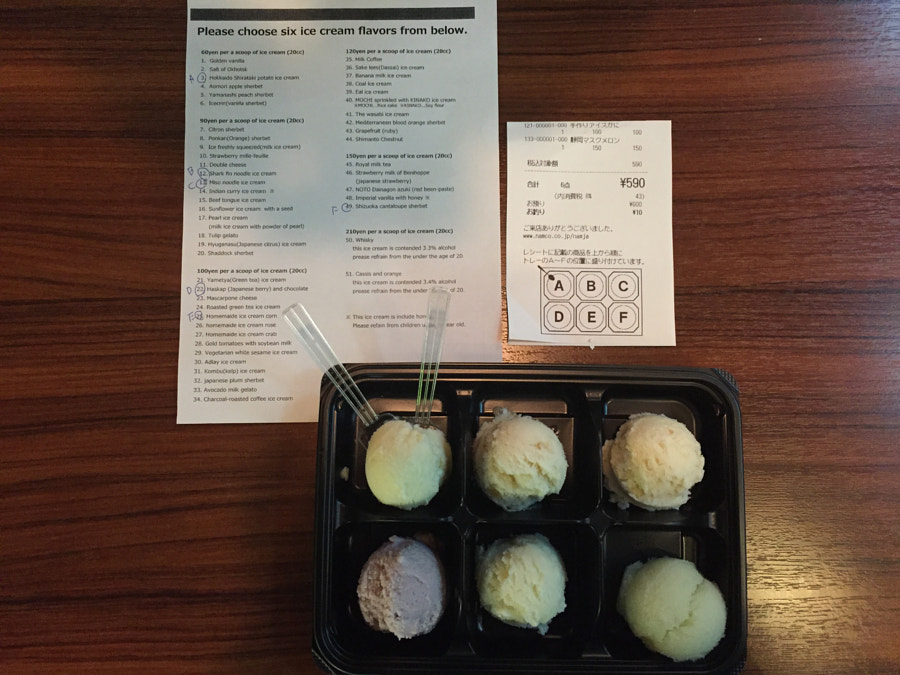 The ice cream here is not cheap. To get a tasting of 6 different flavours, it costs 590 yen. But as you can see, the scoops are quite small.  Here is what I tried: Hokkaido Shirataki Potato Ice Cream, Shark Fin Noodle Ice Cream, Miso Noodle Ice Cream, Japanese Berry and Chocolate, Homemade Ice Cream Corn, and Shizouka Cantaloupe Sherbet. And guess what? The ice cream literally tasted just like each description. The shark fin had some fake noodles in it, and the miso was like eating ramen. The Japnese Berry and Cantaloupe were delicious but the odd flavours were the highlight for sure. Would I order a whole scoop of these? Probably not.

Namja Town was a bit of a disappointment to be honest. All the games inside are only in Japanese and are not included as part of the admission price. The food inside is interesting but if you add the admission and the cost of the food, then it’s quite expensive. I would skip this unless you have kids or can actually read Japanese. 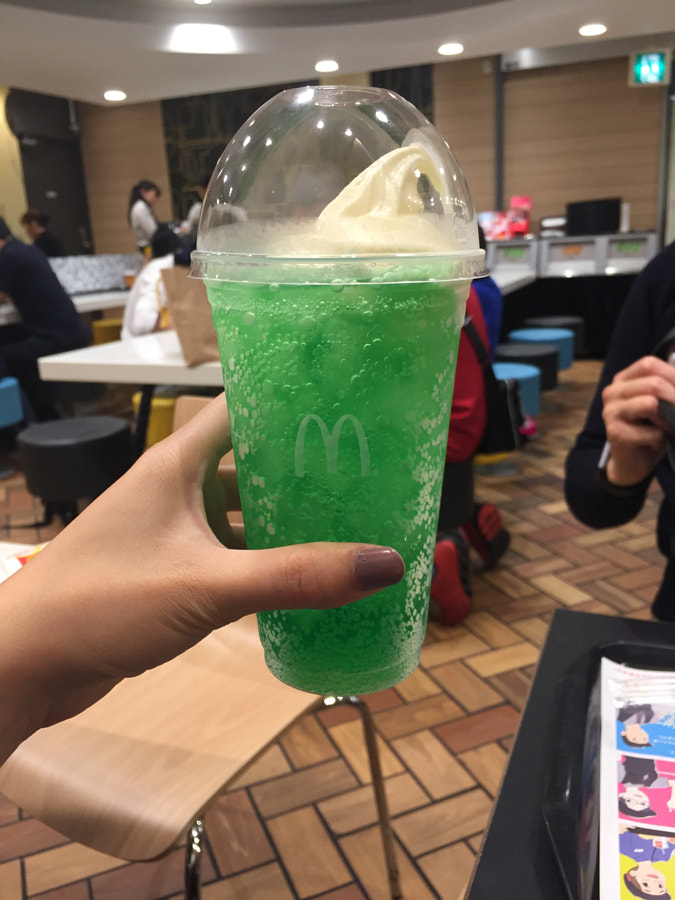 We didn’t find that there was too much to do in Ikebukuro. The area was quite similar to other areas with lots of shops and dining. However, we were sort of craving some snacks and walked past a McDonald’s… Ok I usually don’t like to eat McDonald’s when I travel, but in Asia, the menu items at McDonald’s is always so interesting. Here, the Fanta Melon Ice Cream Float caught my eye. Fizzy and bright green, the drink was a bit of a disappointment. The soft server melted in quickly and the flavour was just average. Nothing special. 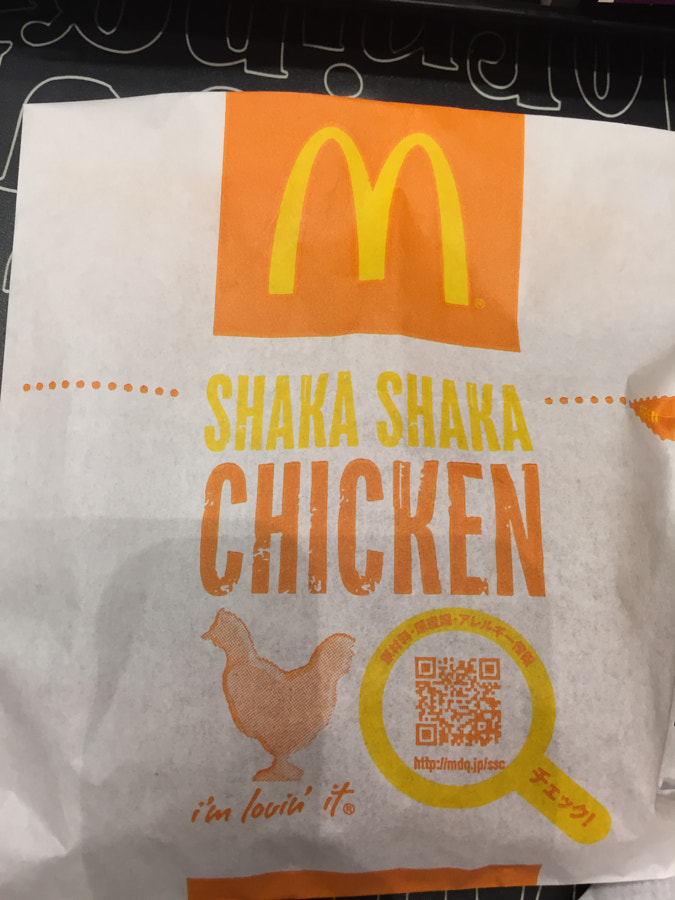 S opted for the Shaka Shaka Chicken which is sort of like a shake shake fried chicken. You can choose flavours like cheese or spicy, and they give you this packet of power which you dispense in and you just hold the bag and shake it. The chicken cutlet was pretty good and this was fairly cheap. 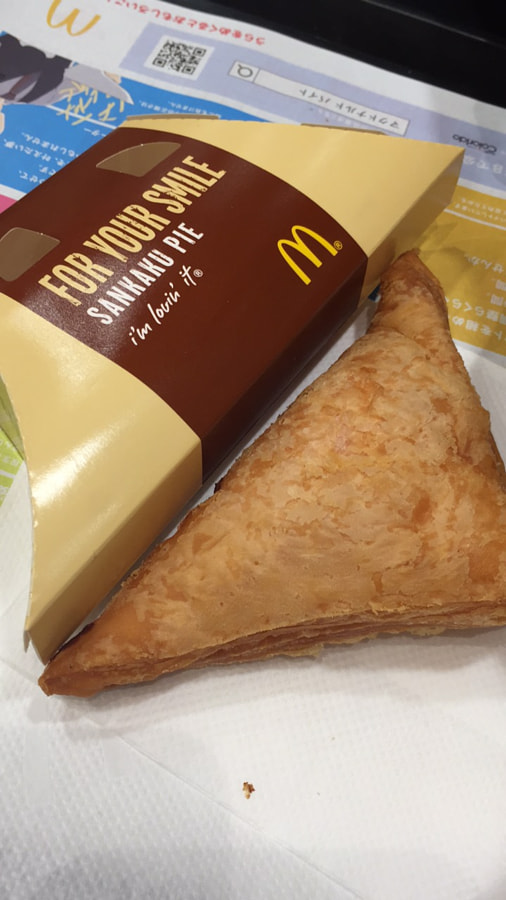 I suggested we try the Sakura Peach Pie. The pie is flaky and quite different from the ones in Vancouver. The filling inside was delicious. Don’t expect real peaches, but it tasted just like those Japanese peach candy! Probably artificial but I love that flavour!

And with McDonald’s to end our last day in Tokyo, we headed back to our Airbnb to pack up. Off to Osaka!