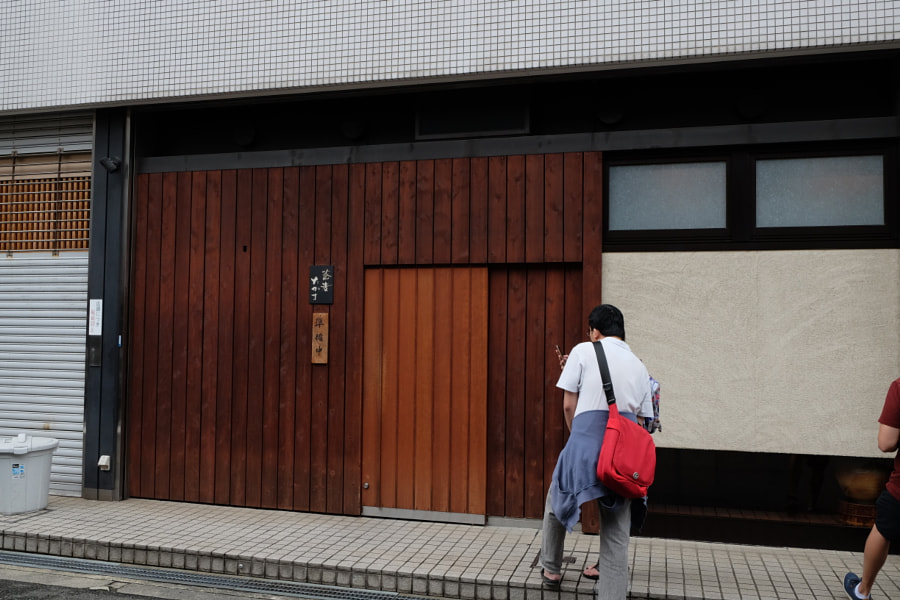 The next day, we decided to stay in Osaka to hit up a few more attractions. On my list was to try Takama (たかま), an affordable one Michelin star soba restaurant.  They open at 11:30am and I’m not sure if they take reservations, but were told to arrive 30 minutes before they open to ensure we get in during the first seating. The restaurant is tucked away in the side streets near Tenjinbashisuji Shotengai, a shopping alley, but this restaurant is super low key looking so you would miss it if you were just walking by. There is no English outside, so just look for this wooden house with a sliding door. 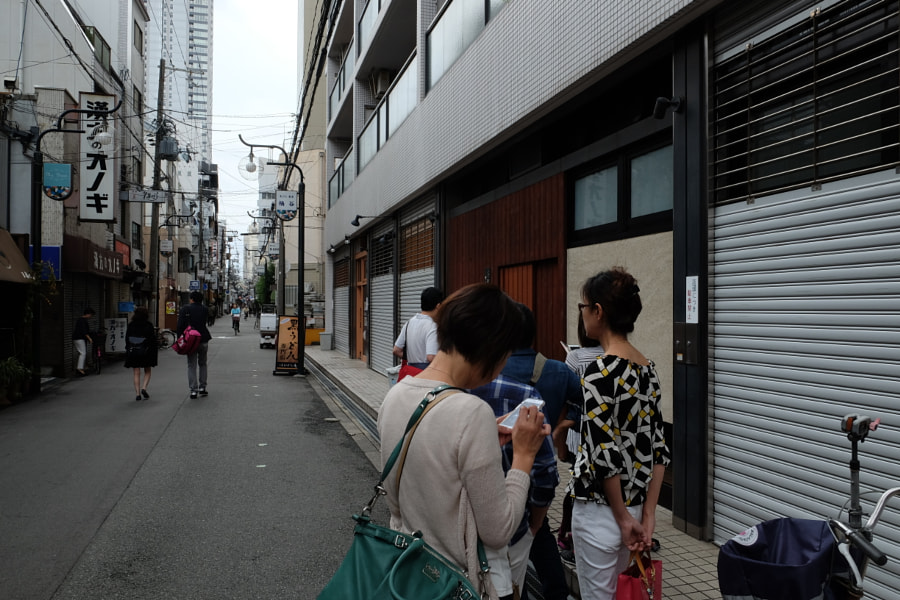 We arrived around 11am and a small line was already forming. 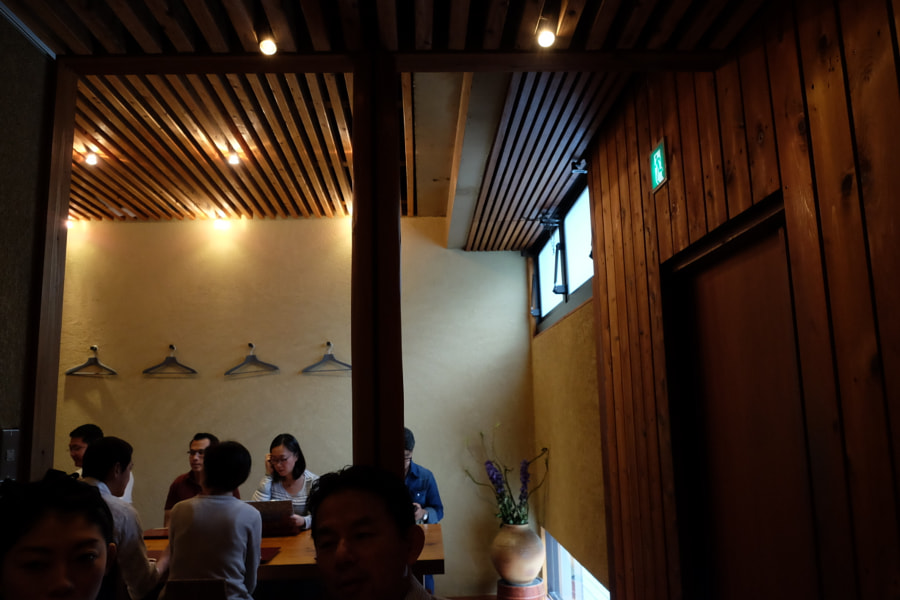 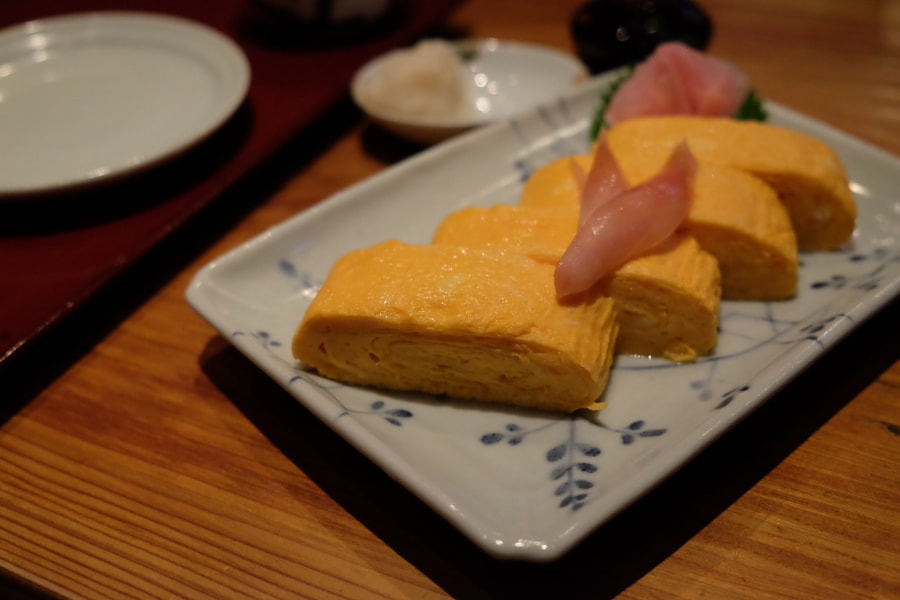 They have a small number of appetizers available, including the Dashimaki-Tamago. Of course it was pricier than the tamago we have been getting at the markets, but this was so light and fluffy! You can really see each layer of egg and it came paired with some grated radish and light soy sauce. Highly recommend getting this! 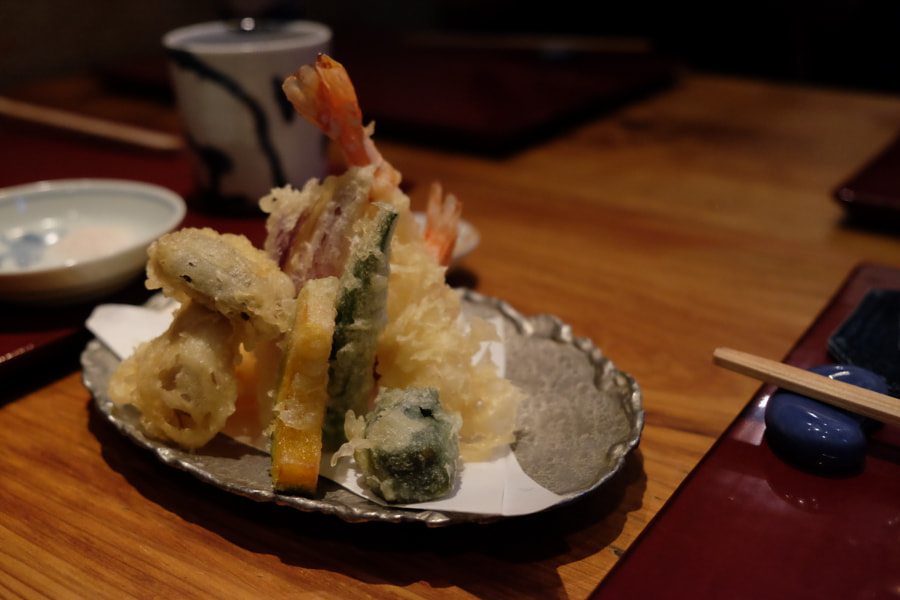 S got the Ebiten-oroshi Soba Set for 2,000 yen and it came with prawn and vegetable tempura. As you can see, the tempura batter is extremely light. It came with a variety of vegetables that we were not familiar with, but overall, it was very good. 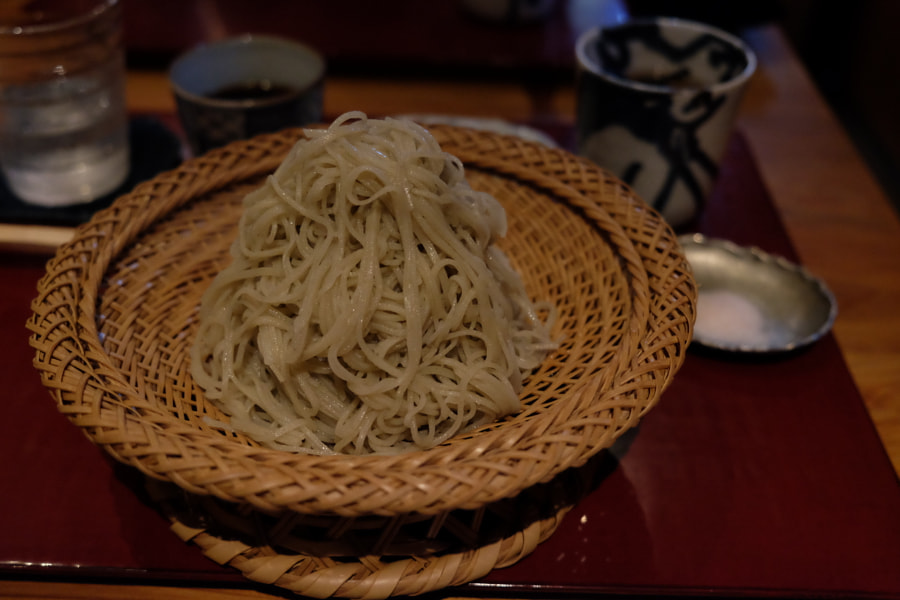 At Takama, they serve two types of soba. The first style is called mori, a regular-style soba made from marunuki flour. The second is called inaka, a noodle made with hikigurumi, a whole buckwheat flour. Both flours are extremely high-quality and are from the Fukui prefecture.  S can choose either type for his set. He went with the mori style and had it cold (zaru-style). The noodles are served cold with a light sweet soy dipping sauce. I really enjoyed this as the soba noodles were super thin and had a nice chewiness. The cold soba turned out to be my favourite. With the cold soba, you will also have leftover dipping sauce, and at the end of your meal, the server will bring a pot of hot water which you pour into your leftover dipping sauce to dilute it as a drinking broth. Really tasty! 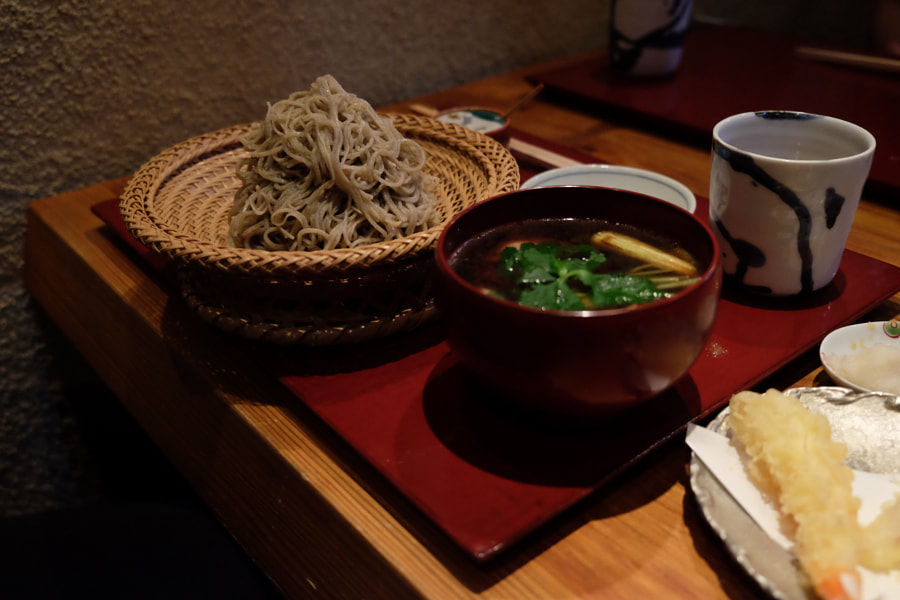 For myself, I decided to try the warm duck broth and got it with the inaka style, 100% buckwheat flour. The inaka style has a more nutty flavour, but I personally like the lighter mori-style. The duck broth is flavourful with 2-3 pieces of duck inside. However, I am not personally used to have soba in a warm broth and found that the duck broth overpowered the noodles. Back in Vancouver, I think the only comparable soba restaurant would be Kinome, but I think I have to say this is the best I’ve had. At the end of the day, the meal for two probably cost around $50 in total, which is extremely good given it is a one Michelin star restaurant. There are English menus available and the servers can speak simple English. Keep in mind, they are open open for lunch from11:30 am – 2:30am. 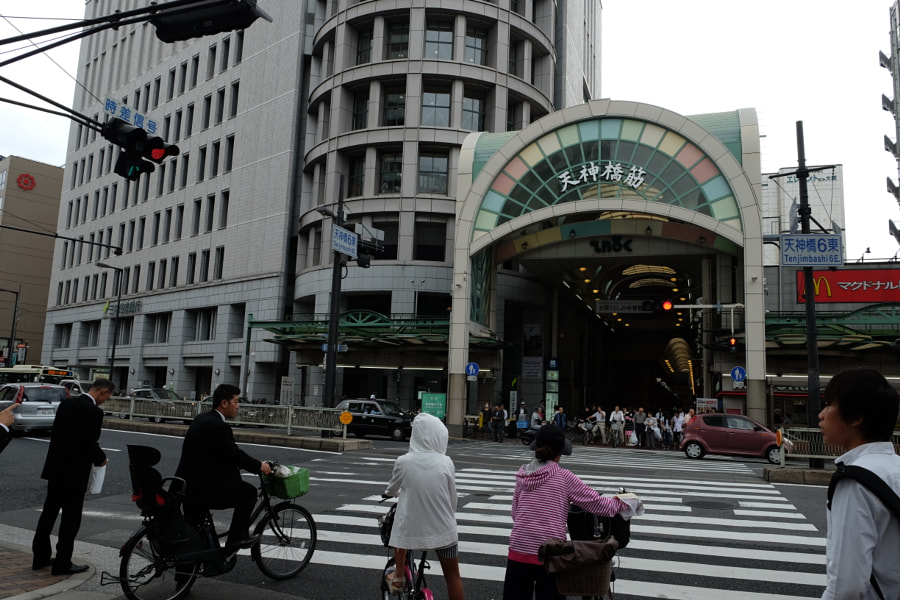 Since we were nearby, we decided to check out Tenjinbashisuji Shotengai (天神橋筋商店街). This is the longest shopping street in Japan which stretches 2,600 meters and has over 600 shops. On a weekday afternoon, it actually wasn’t too busy when compared to the famous Dotonbori. I found that many of the pharmacy shops here (if you look for the non-chain shops) were slightly cheaper so perfect if you are looking to stock up on Japanese drugstore cosmetics and snacks. 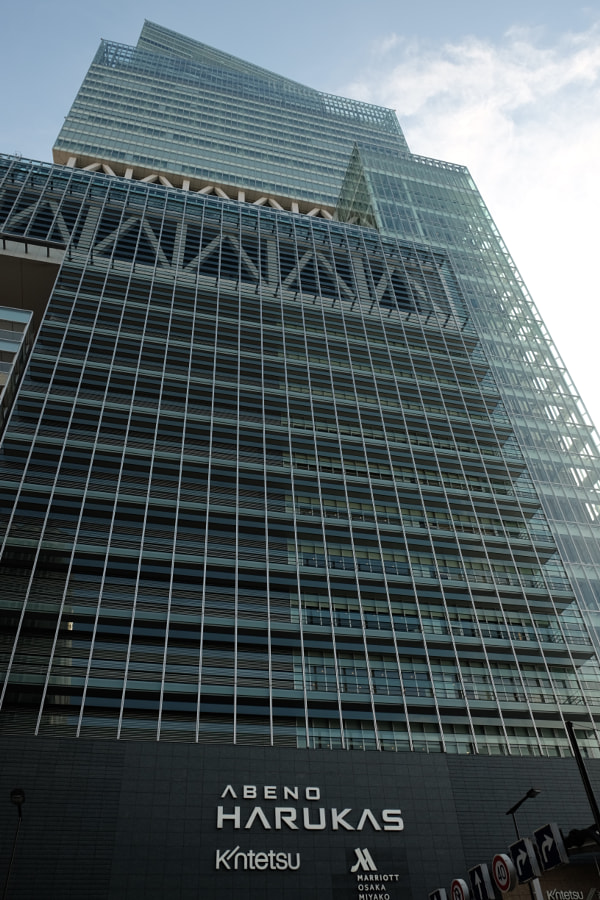 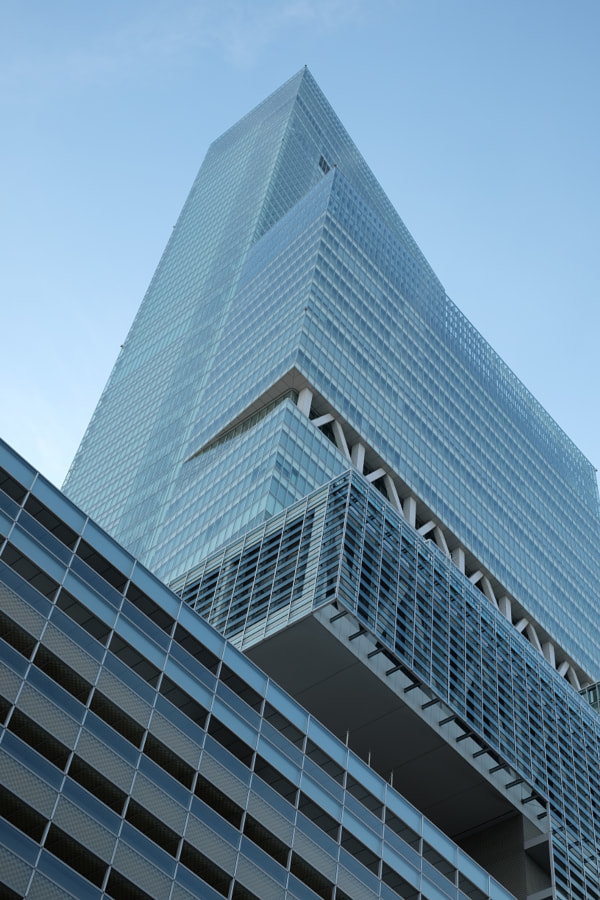 The Abeno Harukas (あべのハルカス) is the tallest skyscraper in Japan at 300 meters tall. The building includes a department store, an art museum, a hotel and an observation deck. The observation deck is called Harukas 300 and provides a 360 view of Osaka from the 60th floor. Admission costs 1,500 yen so since we already checked out Osaka from Umeda Sky Tower, we decided to skip this. 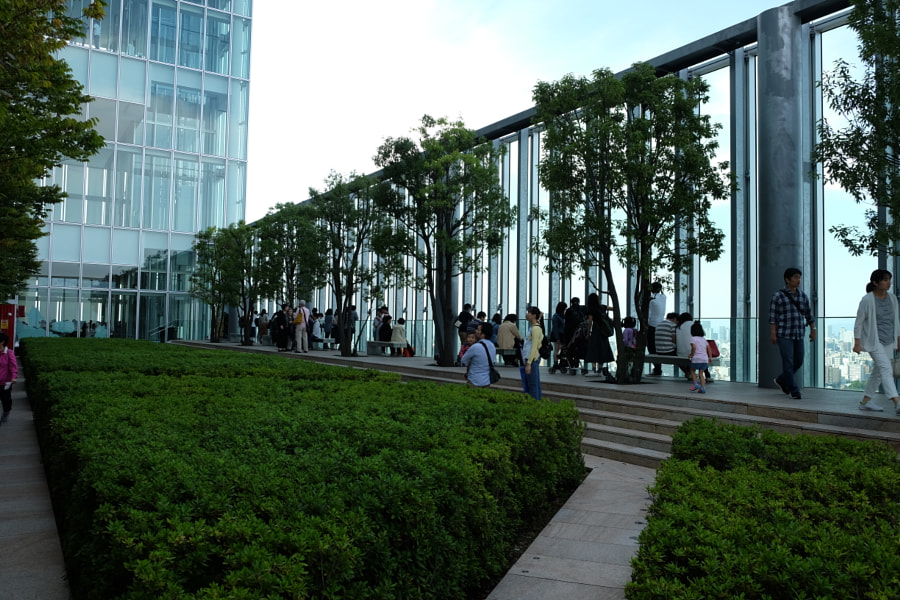 Instead, you can go to the 16th floor for free and enjoy the garden terrace. I really enjoyed this modern clean space and it is a good option if you don’t want to pay the admission price. Of course, I’m sure the 60th floor would offer better views. 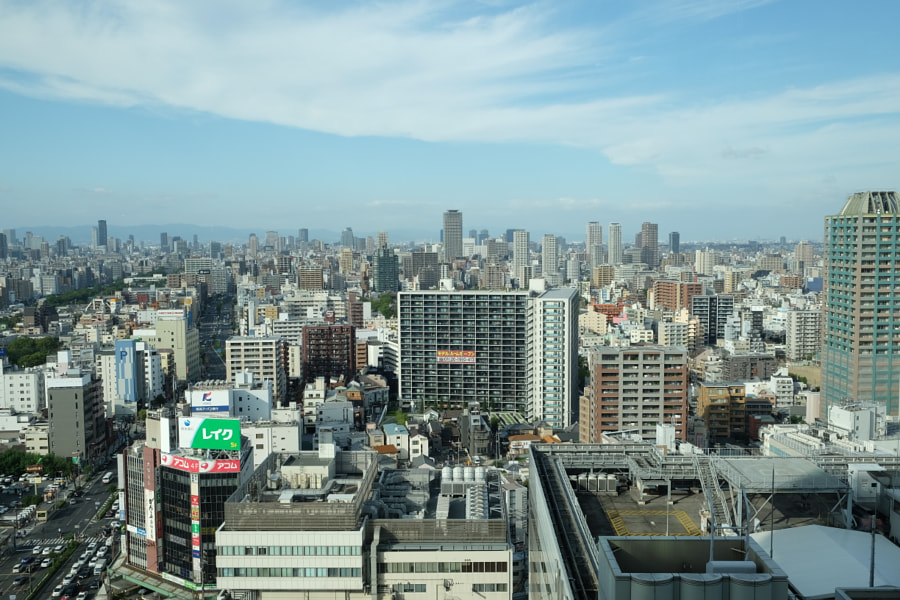 This is what you can see from the 16th floor at the garden terrace. Not bad since it’s free! 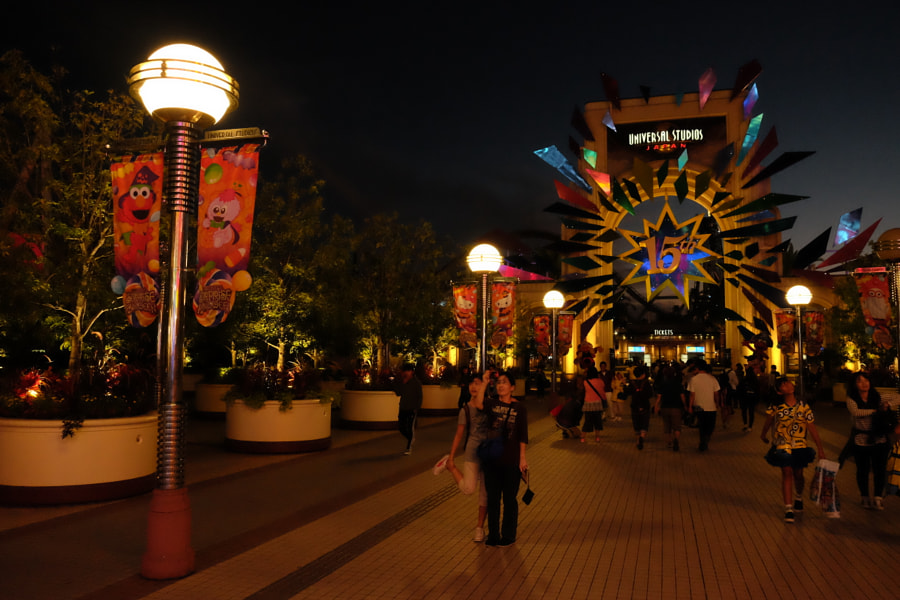 After walking around the department store, we decided to go check out Amerikamura. This is supposed to be a district near Shinsaibashi which offers more American style shopping. Funny enough, we searched Amerikamura in Google maps, and ended up at Universal Studios… Yes we have no idea how we ended up here, so always be careful with Google Maps in a foreign country. Turned out there were quite a lot of brightly lit souvenir shops before the entrance, so we did get to walk around a bit. As it was late, there was no point in entering Universal Studios at the time. 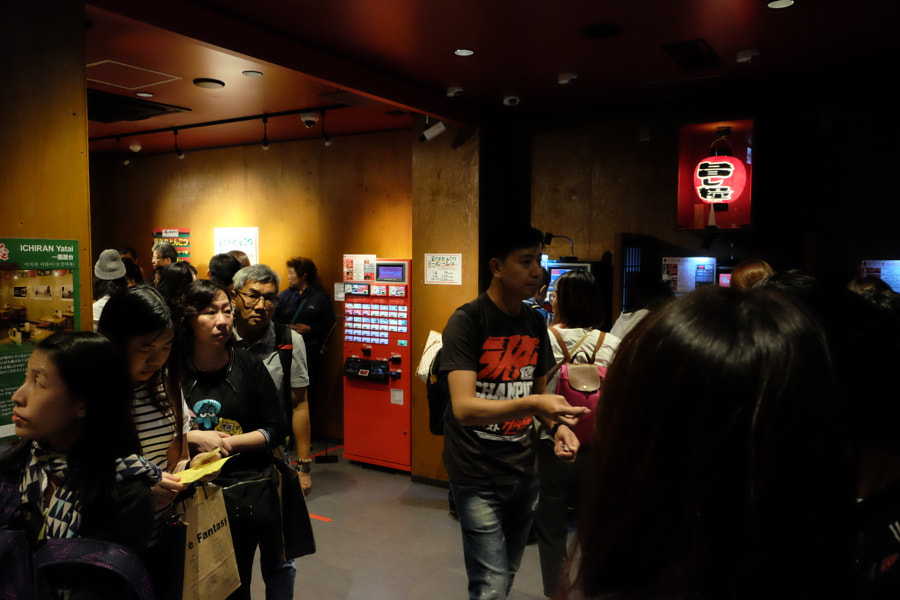 After our excursion, we decided to head back to the Dotonbori area and walking by Ichiran (一蘭 道頓堀店別館), I suggested we enjoy a warm bowl of ramen. There are two outlets in the Dotonbori area. One is by the canal outside, whereas the other is under the shopping area along the strip. We went for the latter because we heard this location has 3 floors and way more seats. Of course, there was still the usual crazy line up, but this one is super organized for the tourists. You will still have to purchase the ticket at the vending machine, but you will also be asked whether you want to sit at the traditional individual booths, or if you want family seating arrangements. If you have never been to Ichiran, then I suggest trying the unique individual booths. However, since we have already tried it, and the line up for family seating was quicker, we went with family seating. Definitely not as interesting, but this is perfect for large families or families with kids. 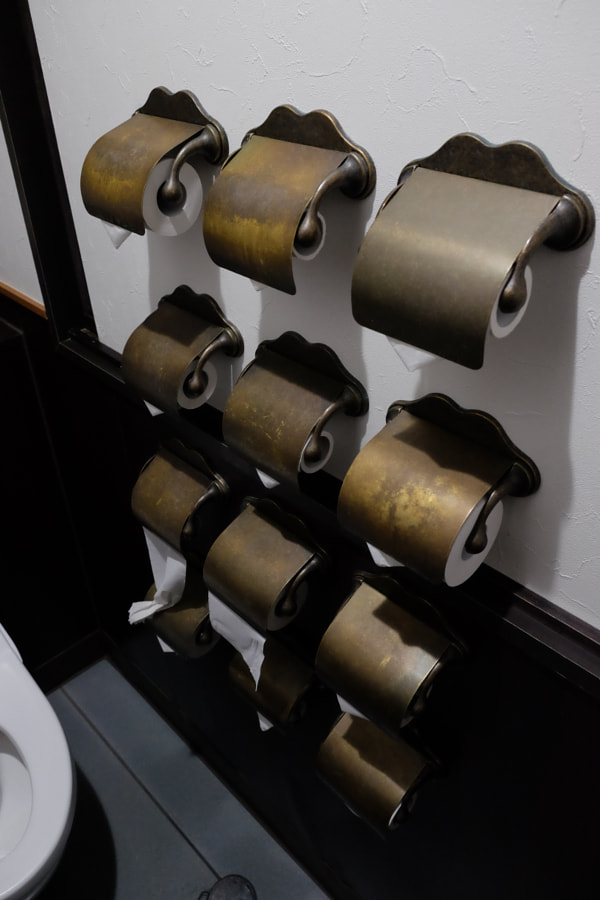 Be sure to check out the bathrooms! How many rolls of toilet paper do you need? 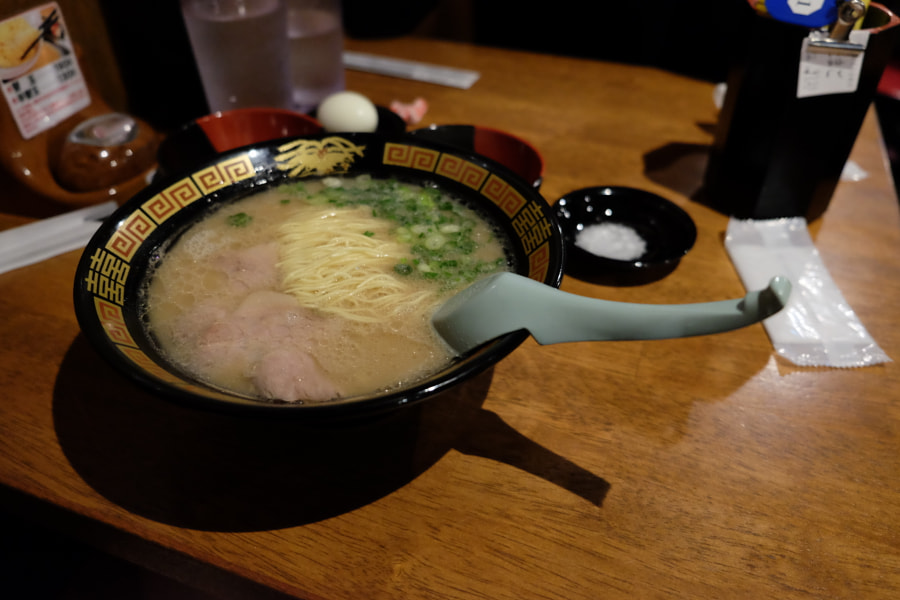 We ended our night with a delicious bowl of Ichiran and it did not disappoint. Consistent with the other locations we tried and service was quick.