Tapas Gaudi is literally just 10 minutes away from my flat in Barcelona. It is right in front of the Clot Metro Station, hence I walk by it pretty much every day. When S came to visit me, we decided to go grab dinner and since we were too lazy to metro elsewhere in the city centre, we decided to give Tapas Gaudi a try. The place was never packed, but you would see the occasional diner in there at all times. 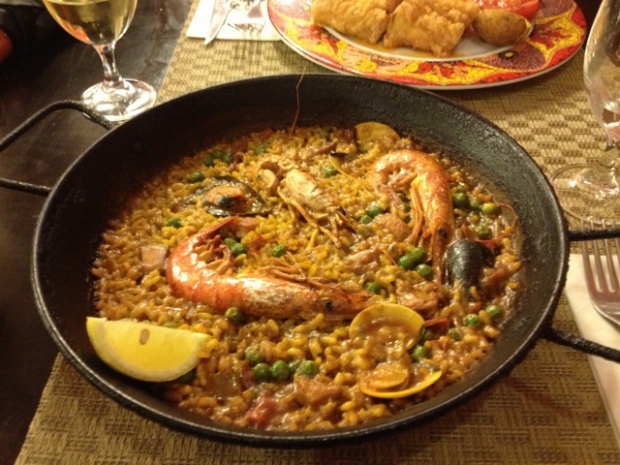 Since S was here for only a week, she wanted to get the most out of her paella. So of course, we ordered a Seafood Paella to share. Their paellas are around $16-18, but you do not need to order a minimum of two orders. But then again, the price is around the same as La Fonda’s when you order two there. It came with three shrimps, which remind me of crawfish. There isnt’t much meat to it as they are quite skinny. It also came with some clams and green beans. Again, it was alright. I’m still not a huge fan of paella. Having it once is honestly enough for me, personally. 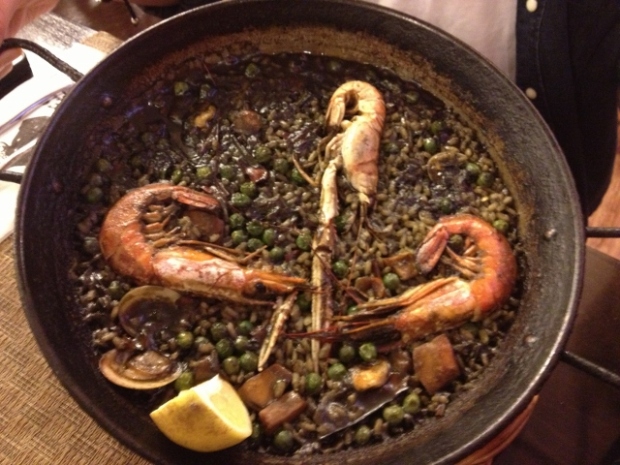 K ordered the Black Rice Paella, which does not look very appealing, but I actually liked the flavouring of this one more. Same ingredients, but a squid ink base as the sauce, hence the rice turning black. 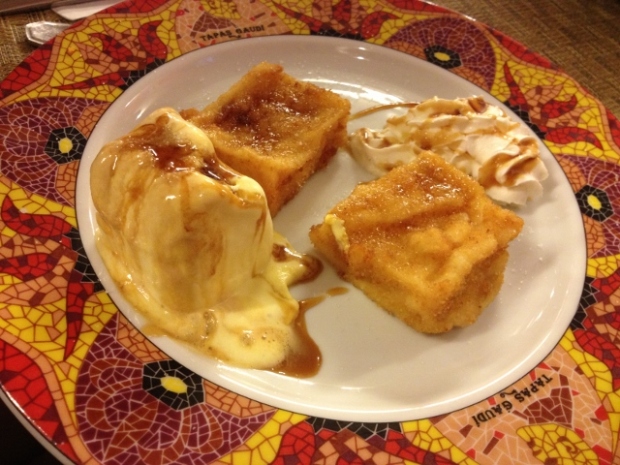 Lastly, S and I shared the Fried Milk as dessert. It came with some vanilla gelato and whipped cream, which were all beginning to melt. The fried milk reminded me of the ones back at home at Chinese restaurants. I actually quite enjoyed this. It was almost like a donut, but soft in the inside with a custard like texture.

Overall, Tapas Gaudi is just alright. I find that the prices are quite expensive compared to what you can get elsewhere. I believe it is mostly for tourists as it is situated right outside of the metro station. The food isn’t terrible, but it is just average for a high price.