Of course I’m late again with my posts, but Taste of Yaletown just happened last month from October 16 to October 30. Every year, they bring together restaurants in the Yaletown area and offer set menus so we can try out restaurants we haven’t tried. To be honest, I wasn’t too impressed with the restaurants and menus offered. However, Minami’s lunch menu caught my eye since it was only $25! I’ve been to Minami before and it never disappoints. It’s normally quite pricey, so for $25, it was a great steal.

First up was the Miso Soup, which was a nice surprise since it wasn’t on the menu. Quite a large bowl too and it was filled with enoki mushroom, which is a good touch to your typical tofu-only miso soup.

Minami’s set menu really reminded me of Miku’s dine out menu. I’m not sure why on their menu that they say their aburi sushi is the first course, but we were presented with the second course first instead. It actually makes more sense since these are like their appetizers. The Minami Zen is presented in a beautiful wooden box with four dishes. 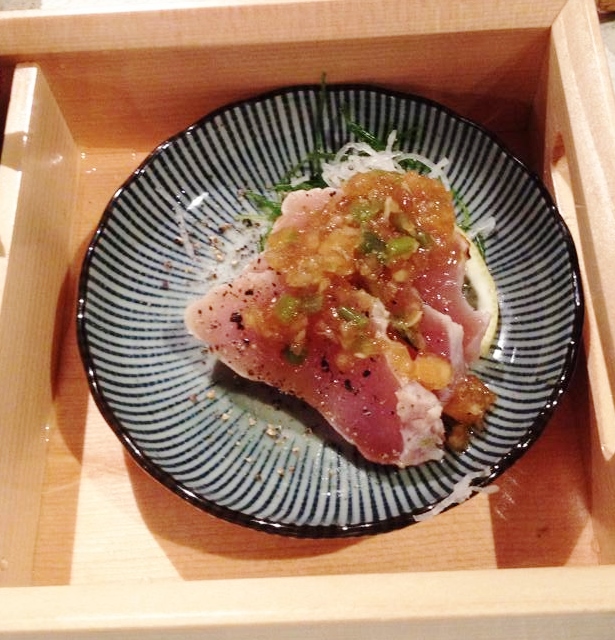 Starting on the right was the Aburi Bincho, which is essentially tuna tataki. It came with a wasabi masatake sauce, which is a mixture of onions, garlic, soy sauce and sesame oil. Loved the sauce and the tuna was very fresh with a slight char. 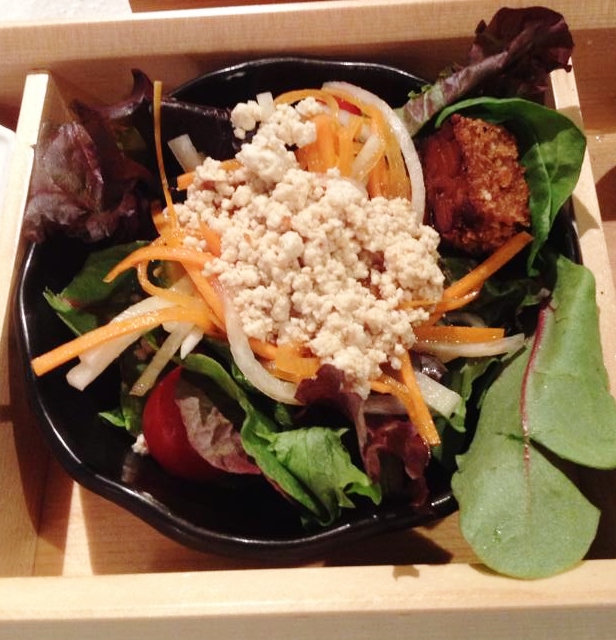 Next up was the Miso Marinated Tofu Salad. Honestly, I’m not a salad girl, but both Miku and Minami’s salads never fail to impress me. Something about the sauce they use is always so appetizing! This salad had a mixture of baby greens, avocado, crispy tempeh, pickled daikon and carrot, and umami soy vinaigrette. The top had crumbled tofu, which was very interesting. If salads always tasted like this, I would be eating a lot healthier!

Third was the Saikyo Miso Baked Sablefish. It was presented beautifully on top of a bed of coconut creamed kale and topped with a wasabi shoga relish and marinated in a yuzu-miso sauce. The fish was moist and flavourful, but the only issue I had was that it was a bit cold. I’m not sure if it was because it took me some time to work my way to the third dish or it wasn’t served right away. It would’ve tasted much better if it was still hot. 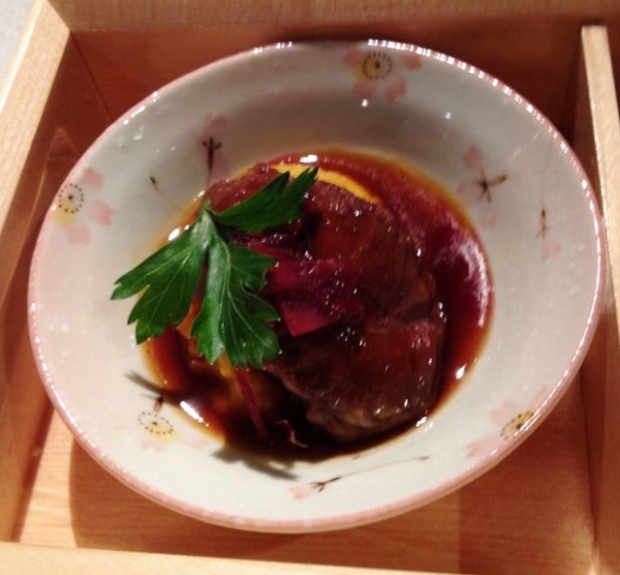 The last appetizer was the Braised Fraser Valley Pork Cheek. It came on top of roasted kabocha-onion puree and a sweet and sour ginger soy glaze. On top were some apple-red cabbage kraut. The pork cheek was tender and meaty, but it felt like it wasn’t braised long enough. I was expecting the meat to fall off easily, but it took some effort. Perhaps because the pork cheek is usually more chewy in texture? I really enjoyed the puree though as the onion brought some savoury flavour to the sweet squash.

Then came the Aburi Sushi plate. Their sushi are always presented so nicely. It came with two of their nigiri sushi, which were both alright. They are a good twist to your traditional nigiri because of the sauces they use, but I still prefer my traditional nigiri. In the middle was their famous Sunset Roll, which is filled with spicy tuna, cucumber, smoked salmon, golden tobiko, kaiware, and mustard sauce. A good texture with tons of flavours and a slight heat. Next was easily their most famous sushi. The Aburi Salmon Oshi is a box sushi topped with a sweet-soy brushed salmon and topped with their famous sauce. The salmon is charcoal flame seared and topped with a jalapeno slice to bring some heat. A must try either at Minami or Miku! Next was the Aburi Ebi Oshi, which is also one of my favourites. Again, it’s box sushi, but with lightly seared ebi. The sauce is a flavoured with ume (plum) and their special sauce along with some lime juice. Yummy!

Last but not least, the menu finished off with dessert. Miku and Minami always have spectacular desserts. This was a dessert I haven’t tried and was perfect for the season. It was Spiced Pumpkin Brownie Ice Cream. A scoop of cinamon-nutmeg spiced pumpkin ice cream paired with a some walnut brownie pieces and a piece of cookie on the side. Refreshing and light!

Overall, we were quite satisfied with Minami’s Taste of Yaletown lunch menu. I believe dinner was $45, so lunch is really affordable since the menu isn’t too much different. Definitely worth going if you haven’t been. I still prefer Miku over Minami, but the ambiance is much more relaxed at Minami.