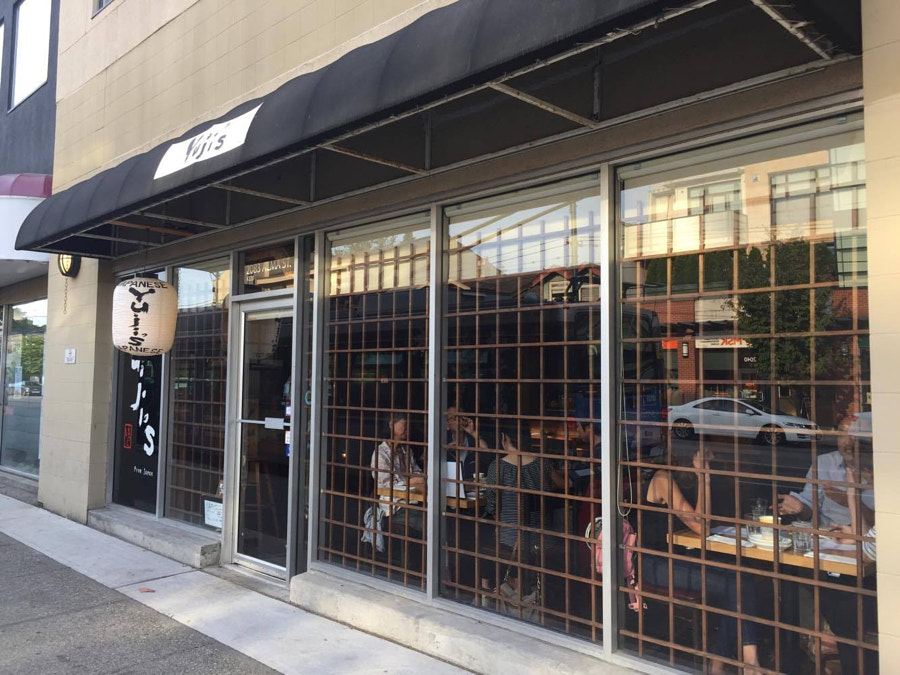 Funny enough, I had visited Yuji’s Japanese Tapas back in 2011 but the restaurant was closed after 7 years of operations because chef Yuji wanted to open a restaurant in Indonesia. Fast forward a year later, chef Yuji returned to Vancouver to open Yuji’s from Japan. The store is on West 4th and Alma and is quite small, fitting roughly 20-25 diners. You will find many Japanese diners here, which is always a good sign! 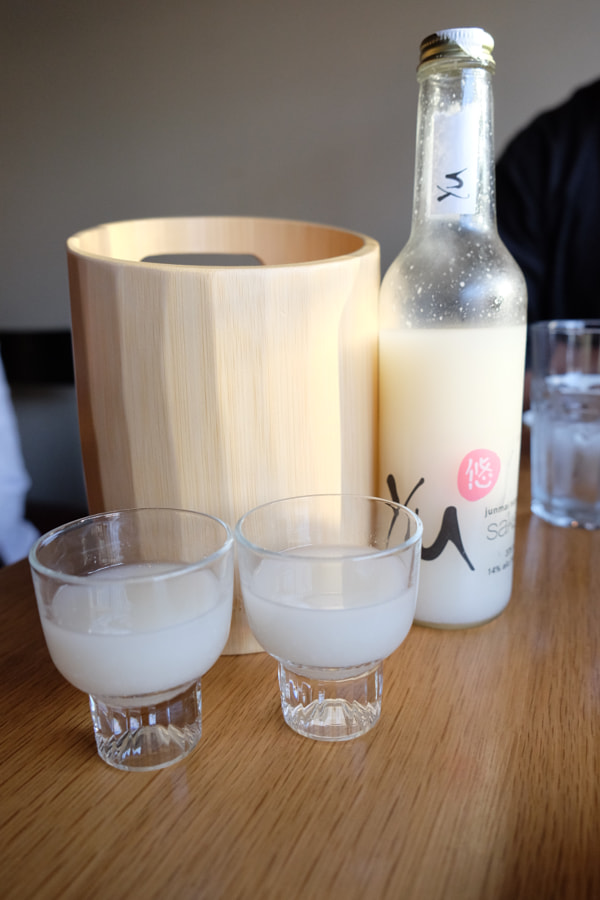 To start, we shared the Yu Junmai Sake. We had never heard of Yu but apparently the sake is brewed in Richmond! Had to give it a try and support local and it didn’t disappoint. Not a sake expert, but this was light and I enjoyed it. 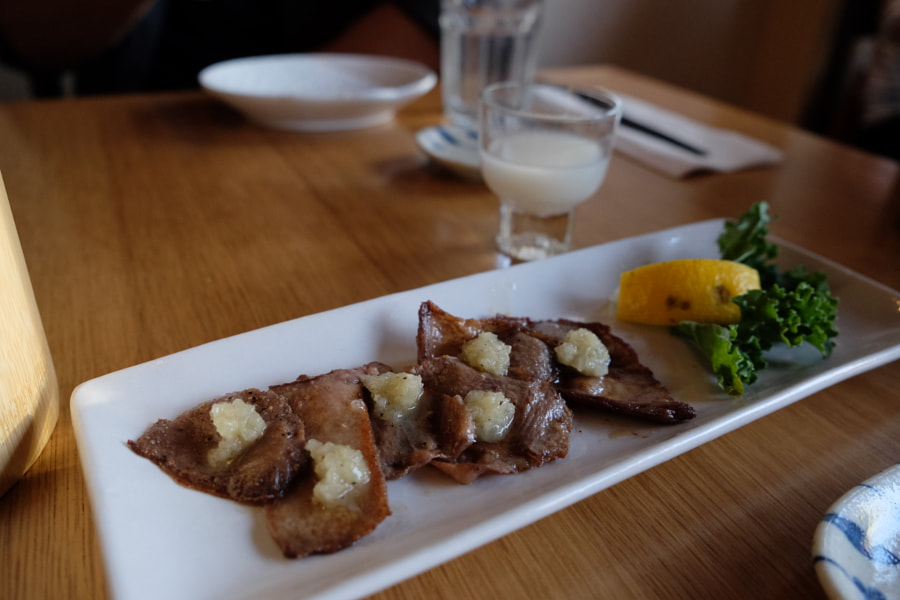 Moving on, we shared the Beef Tongue which was absolutely delicious! The tongue was thinly sliced and topped with this umami dressing which had just the right about of salt and soy flavour. The texture was perfect with a nice chew. My only complaint was the plate was too small! 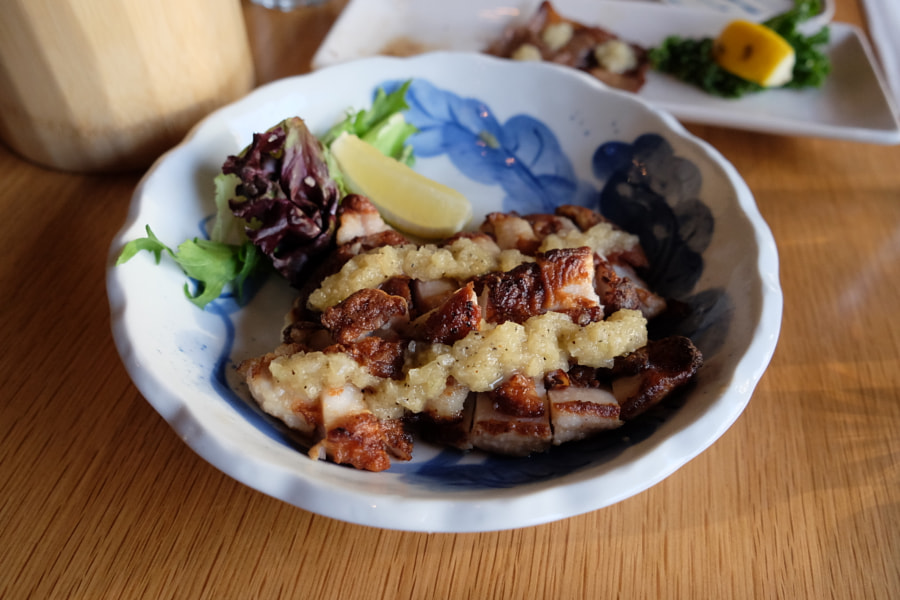 Another appetizer we shared was the Shio-koji Marinated Grilled Chicken. There was fried chicken karaage on the menu, but I suggested we try the grilled chicken instead. Seriously, this was some of the most moist chicken I’ve had. The outside had a nice char but the center was so juicy! Again, it was topped with the same dressing as the beef tongue and was absolutely delicious. Such a simple dish, but I highly recommend trying this! 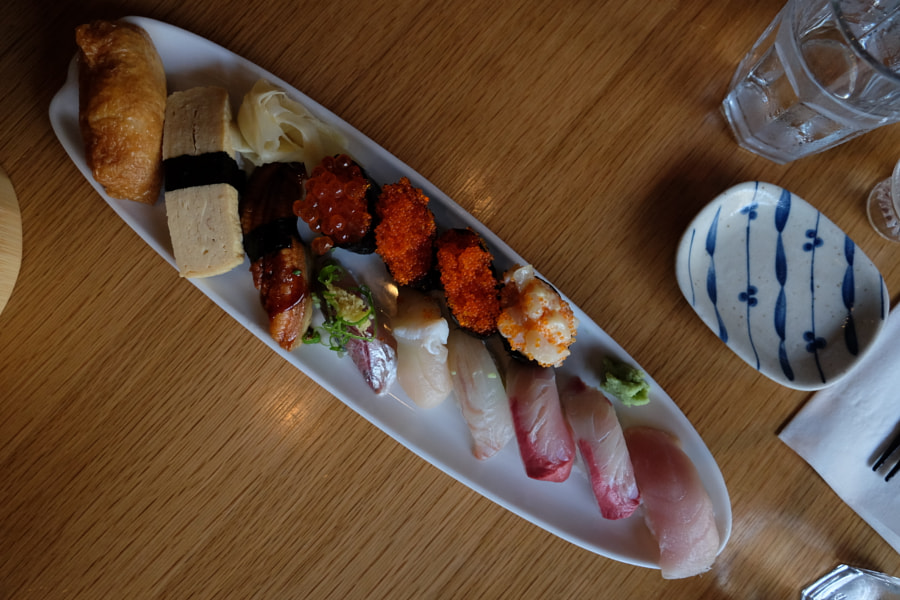 Last but not least, we shared a variety of nigiris. The nigiris here are not cheap, but they are extremely fresh and constructed very well. Definitely worth the price! Perfect for those who enjoy authentic Japanese sushi. The restaurant is also famous for their omakases which are reasonably priced. I can’t wait to be back to try those out!

Cons:
– Seating is not the comfiest as the space is quite small