There are many locations for Hapa Izakaya, but surprisngly, I’ve never been to one. I’ve heard pros and cons about it, so I decided to check it out during the Taste of Yaletown event last month. We started off with some drinks. The Spiked Pear Lemonade was very strong! In a martini glass, it was a mix of Absolute Pears, pear puree, and 7UP. 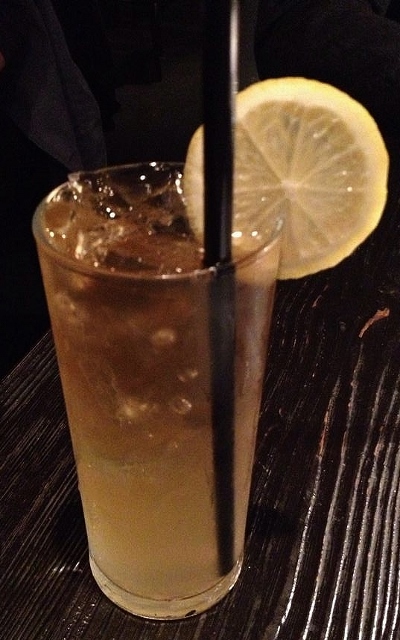 For myself, I had the Tokyo Iced Tea. Mixed with shochu, this wasn’t as strong in alcohol, and I liked the lemon taste to it. Definitely good taste the oolong tea. 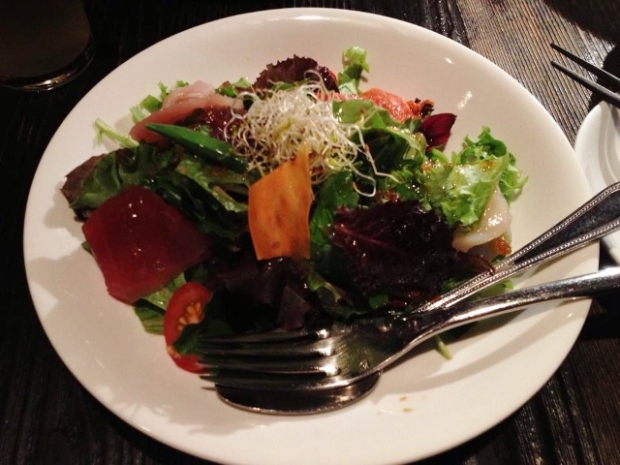 Onto the Taste of Yaletown menu, which was $35 per person and offered 3 courses. First, I had the Sashimi Salad. It had mixed sashimi on top of a bed of organic greens. It was drizzled with a citrus-soy dressing. The sashimi was fresh and I liked the variety, but the the salad was overdressed. The flavour of the dressing itself was good, but it was way too salty. Definitely needs work. 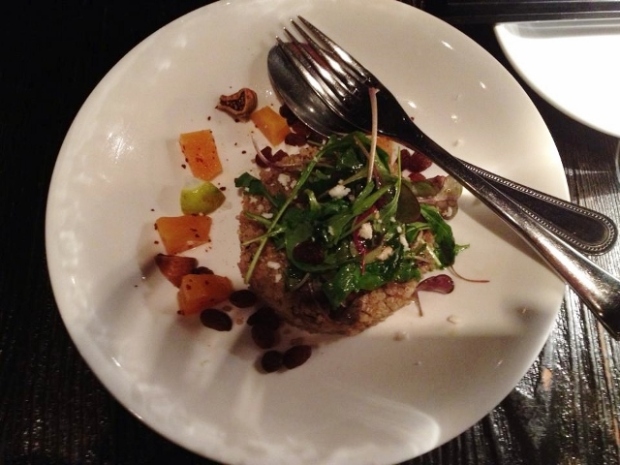 Another appetizer was the Wild Mushroom Quinoa. I didn’t try this, but was told it was just average. It included dashi steamed quinoa, wild mushrooms, burdock, carrot, lotus root, and was served with spicy picked vegetables. 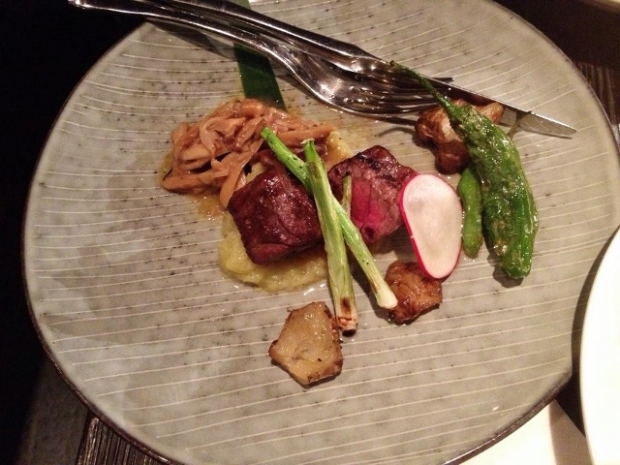 Unfortunately, while we were still eating, our mains showed up. I found this quite odd and frankly it made the service quite terrible. I was only halfway into my appetizer, and they didn’t even care to look before bringing out our mains. And to be honest, we weren’t eating extremely slow or anything. Anyways, the Wagyu Soy Butter Steak came with shishito peppers and grilled onion garnish. There were literally only two pieces of meat. As well, by the time we got to our mains, the dish was already cold… Extremely disappointed.

For myself, I chose the Golden Lobster. Half the lobster was motoyaki style, with mozzarella cheese and caramelized shallots. The claw was tempura battered and fried. Again, my dish was cold by the time I ate it. I also found it to be just average.

The third course was not dessert, but instead sushi rolls. Both rolls were seared by the waitress at our table.

The Chan Chan Roll was definitely not a favourite of mine. I ended up barely eating any of it. It had wild spring salmon, crispy skin, asparagus, and a miso-glazed mushroom sauce. It was also topped with a jalapeno slice. However, I found this roll to be extremely bitter! I’m not sure if it was the asparagus or whether they used too much miso. I was just not a fan of this. 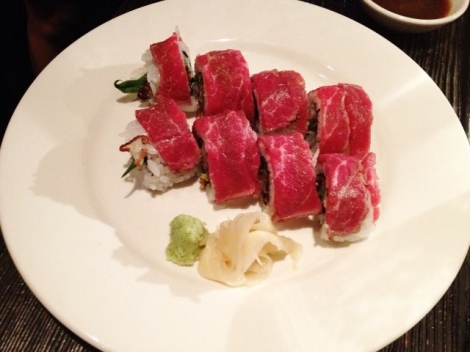 The second roll was the BBQ Yakiniku Roll. It showed up with raw beef on the sushi, which might be a shocker for some. 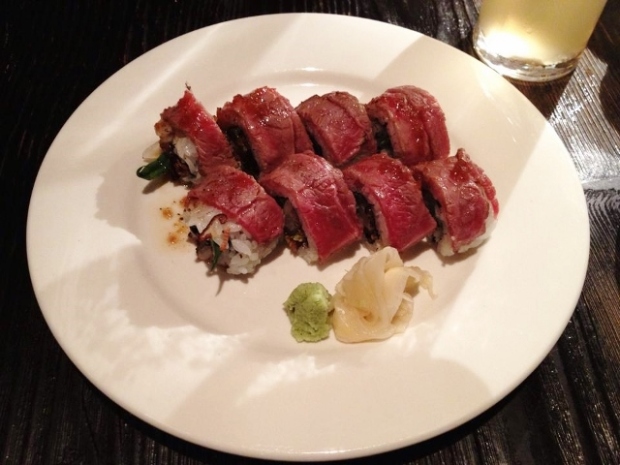 After searing it,  the raw beef becomes beef tataki. It was filled with green beans, green onions, yuzu peppers, onion chips, and an onion sauce. This was just alright. Nothing too special and the flavours were not very memorable.

Overall, I was quite disappointed with the food at Hapa Izakaya. The service was one of the worst I’ve had as well. You would think that the service would be quite good, but I felt extremely rushed eating. The funny thing was there weren’t any people waiting for seats either. Definitely not worth the $35.