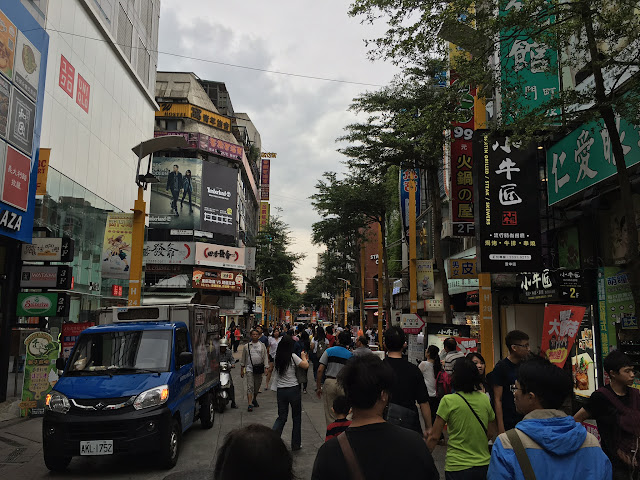 The next morning, we decided to head out Ximending to look for food for brunch. This place is always bustling with people! 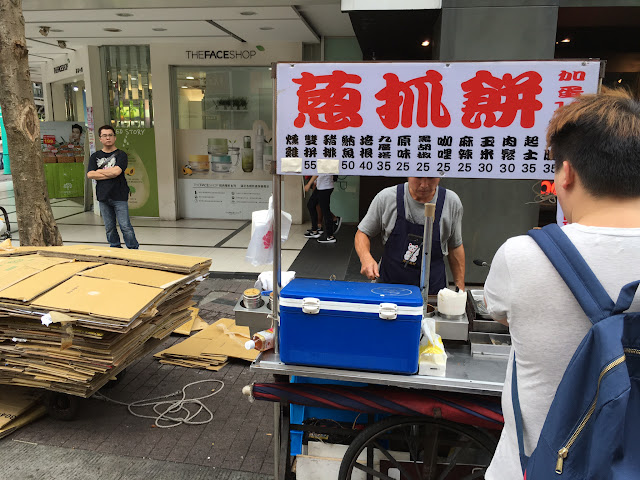 Luckily, many of the street vendors had already opened up. First up was this Green Onion Pancake stall. You can add different flavours or even add cheese or pork fluff to name a few. 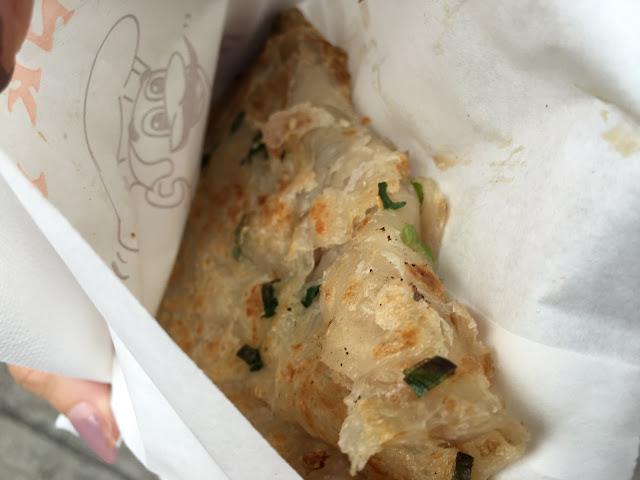 We decided to get the original and it cost only NT$25. I wasn’t expecting much from this, but this was probably the best Green Onion Pancake I’ve had! It had such a nice char and they brush on this sweet soy sauce. Delicious! 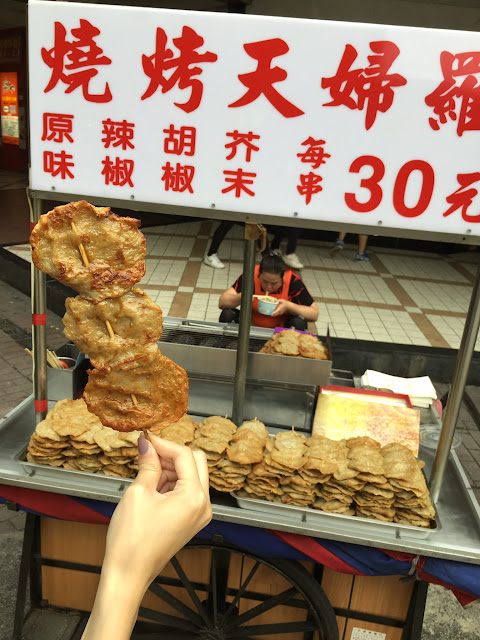 Continuing on, we tried this Grilled Tempura. Lightly brushed with a sweet savoury sauce, this is fun to snack on. The pieces are quite big though, so i got a bit sick of it after one. Good for sharing. NT$30 for a skewer. 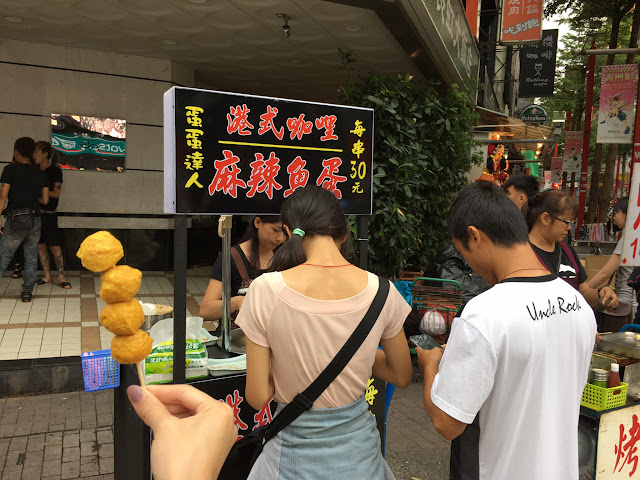 I also decided to get some Hong Kong Style Curry Fishballs. What was I thinking getting fishballs in Taiwan? Yea…these were not good. The curry was not apparent. Perhaps I should’ve gotten the flaming spicy flavour. NT$30 for 4 fishballs. 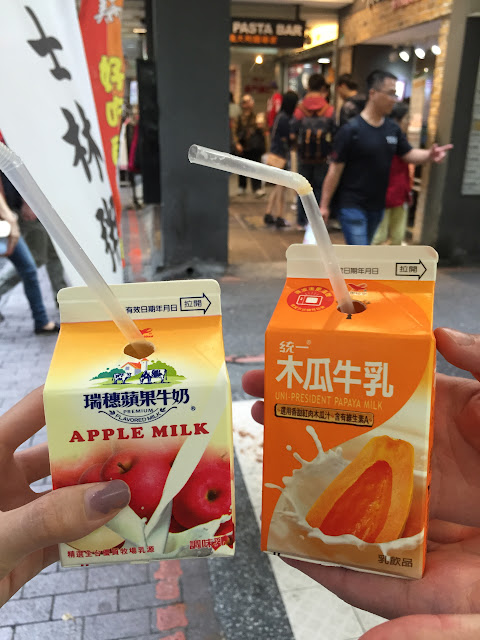 Getting thirsty, we headed to a 7-11 to look for some drinks. I got the Apple Milk while S got the Papaya Milk. I love how convenient these 7-11s are and how cheap the prices are. The papaya milk was really good while the apple milk was alright. I found it to be slightly tart so it tasted odd. 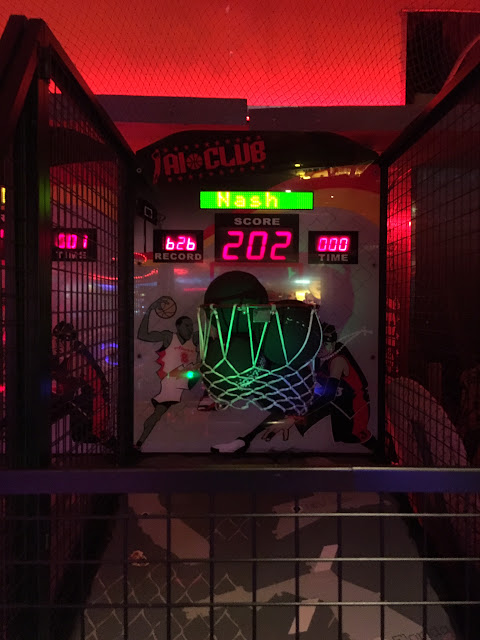 What to do in Ximending after you’ve visited almost every shop? Go to Tom’s World again and shoot some hoops. S loved this arcade so we ended up doing some exercise and shooting hoops again… 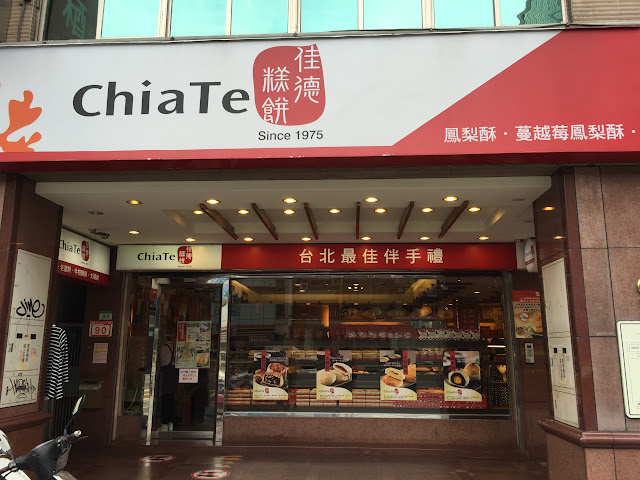 I finally convinced S that we should leave Tom’s World and go do some exploring since we traveled all the way here. Well, we ended up checking some items off my to-do list and that included buying souvenirs. ChiaTe Bakery 佳德糕餅 is known to make some of the best pineapple cakes (鳳梨酥) and it’s a must buy when visiting Taipei! I believe they only have one bakery in Taipei and you can get here by taking the MRT to Nanjing Sammin station and walking straight ahead after you take Exit 2. 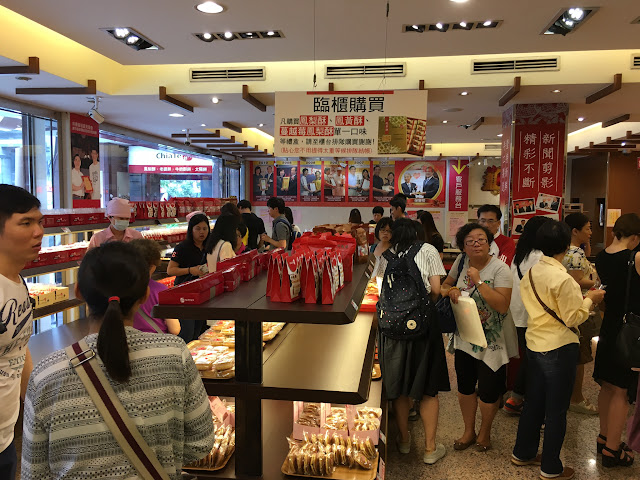 When we entered, it was quite a mayhem inside with all the tourists grabbing the pineapple cakes off the shelves. The pineapple cakes are not cheap as they around CAD$2 for one. They have different fillings as well, but after trying many, I still think the original pineapple filling is the best. The filling is not overly sweet and doesn’t stick to your teeth. The outside cake is buttery and flaky. Highly recommend! They also sell other products like wife cakes (老婆鉼). 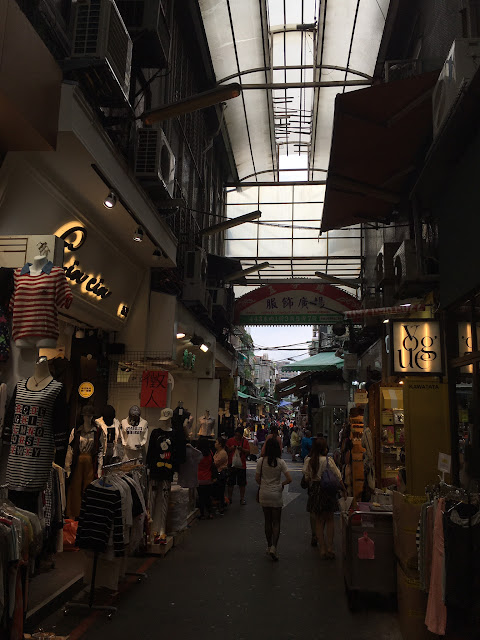 After doing some pineapple cake shopping, I suggested we visit the  Wu Fen Pu Garment Wholesale Area (五分埔). You can get here by taking the MRT to Songshan Station. It is an area known for the largest wholesale garment market in Taipei. 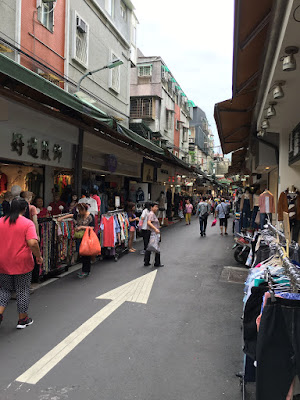 The area is a huge maze with many shops selling mostly women’s clothing and accessories. I did find that the styles were not as trendy as the ones in Shida and Ximending though. Still, not bad and I picked up some cheap scarves. Because S was super bored shopping with me, he suggested we go play bowling at E7 Play (AGAIN). Well, unfortunately, since it was a weekend, the place was super busy and we wouldn’t get a spot until late. 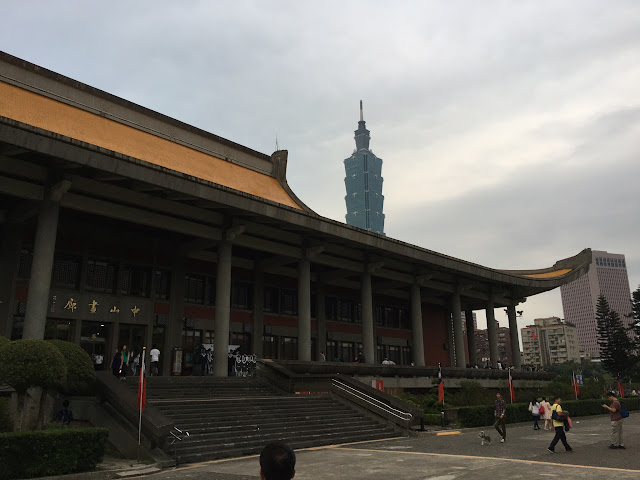 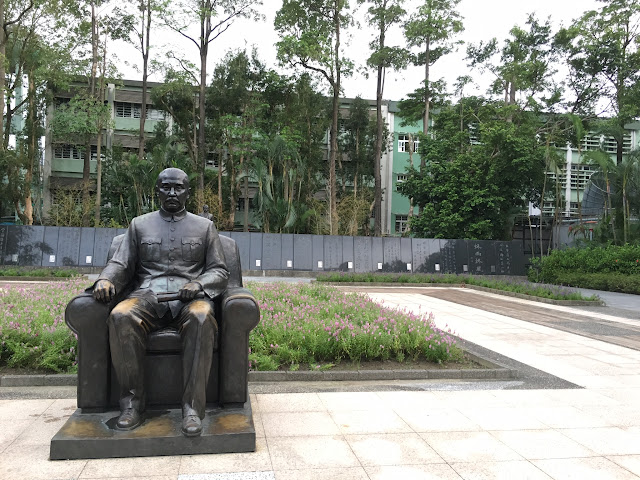 Dr. Sun is known for his Three Principles of People: nationalism, democracy, and the people’s livelihood. 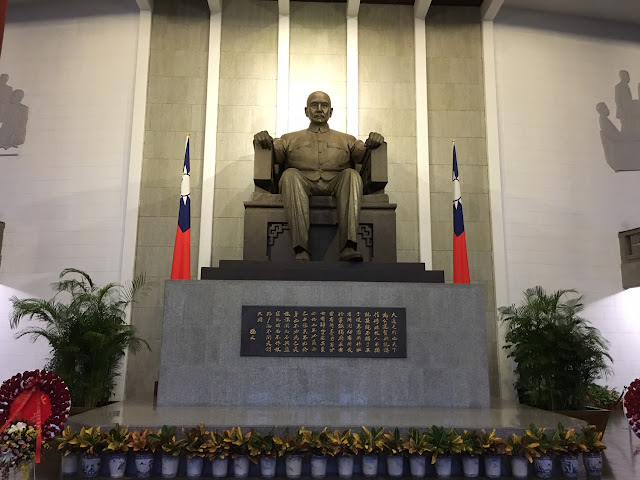 Inside the main entrance, you will find a statue of Sun Yat-sen. There is a changing of the guards every hour but we had missed the last one. The building also displays Sun’s life and the revolution he held. 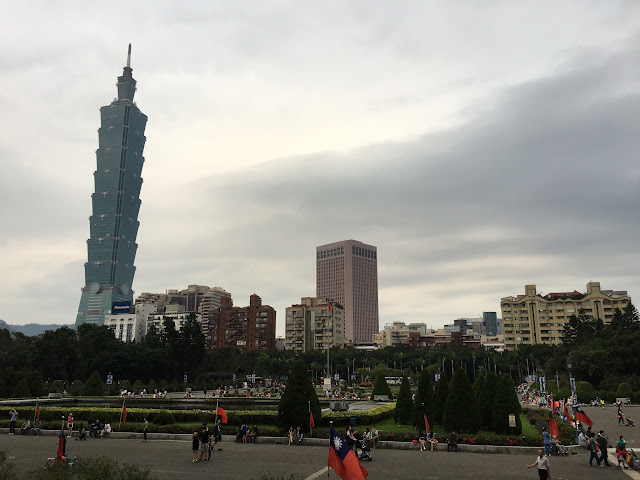 There are also gardens around the memorial hall and you will find many young dancers practicing here. It’s also a perfect spot to see the full Taipei 101. 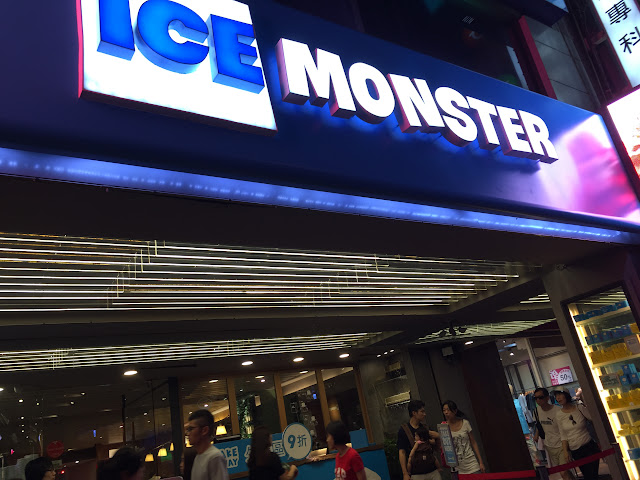 After, I suggested we visit Ice Monster since it would be a short walk from the the memorial hall. They are famous for their shaved ice. 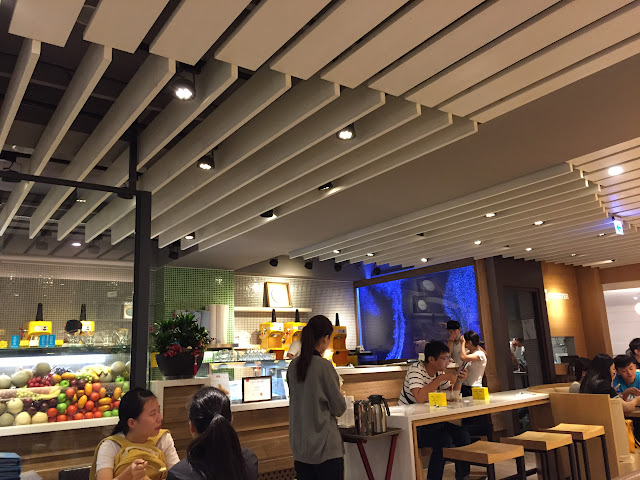 You can either order take-out or sit in. It was rather chilly that day so we chose to sit-in. The cafe is brightly lit with wooden decor. You order and pay at the entrance and they will bring you your dessert to your table. 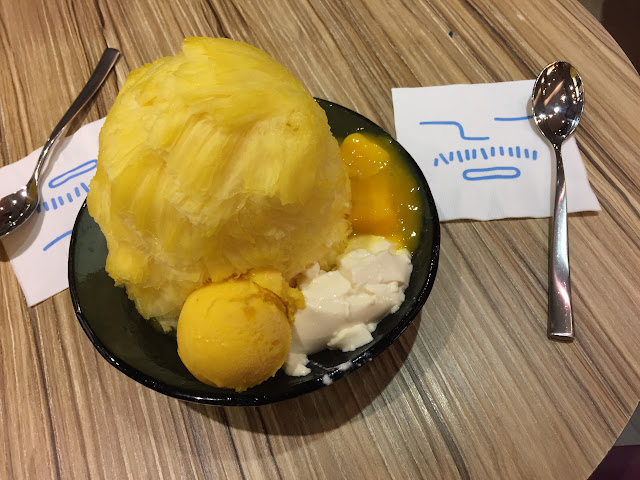 We chose the Fresh Mango Shaved Ice because that’s pretty much their signature item. The ice is super light and comes with a scoop of mango ice cream and tofu pudding on the side. At first, we thought there was very little mango but it was actually all on the bottom of the bowl. There were tons! It’s around NT$250 and great for sharing between friends. 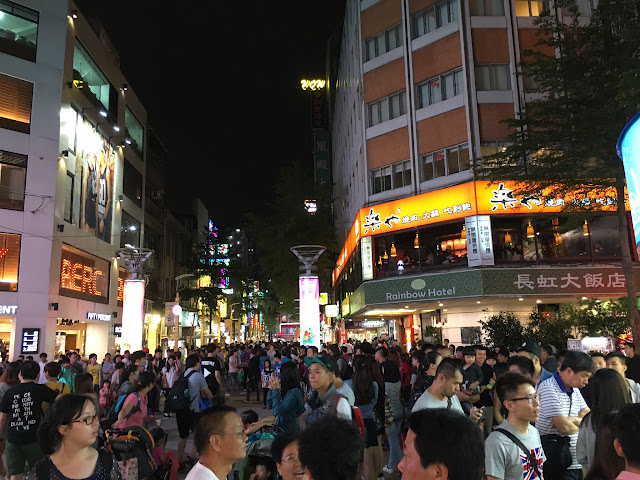 After dessert, we took the MRT back to Ximending 西門町and wandered the streets again. You can never get sick of this place! Love the lively crowds and at night you will see many street performers. 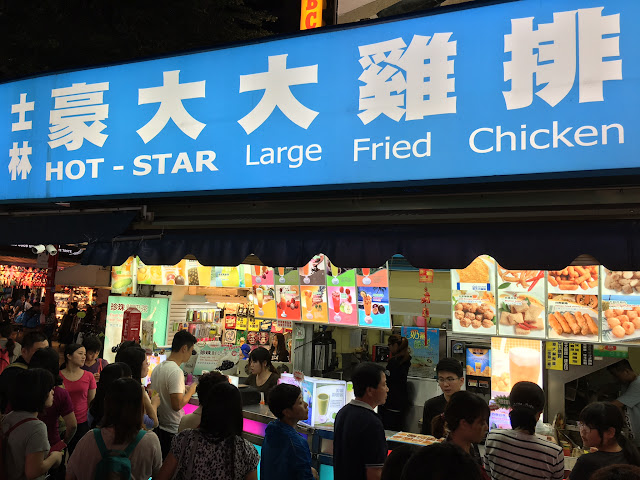 S couldn’t resist and had to try the Hot Star Large Fried Chicken 豪大大雞排 at the Ximending location. This location is extremely busy as well. 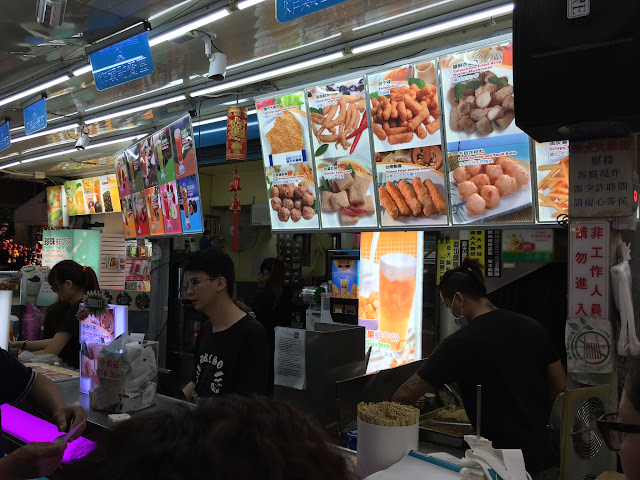 At this location, they also have a variety of other snacks and also drinks. The wait here was much longer because they have so many other menu items. There is really only one guy who makes the fried chicken so the wait was super long. 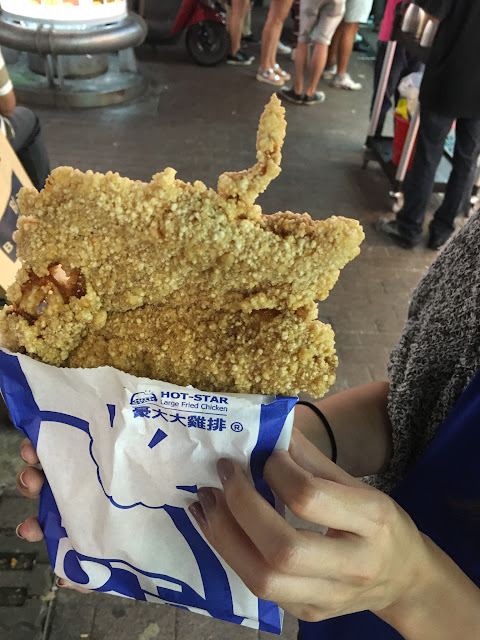 At last, we got the Large Fried Chicken again. S and I both agreed that the one from the Shilin location tastes better for some reason… 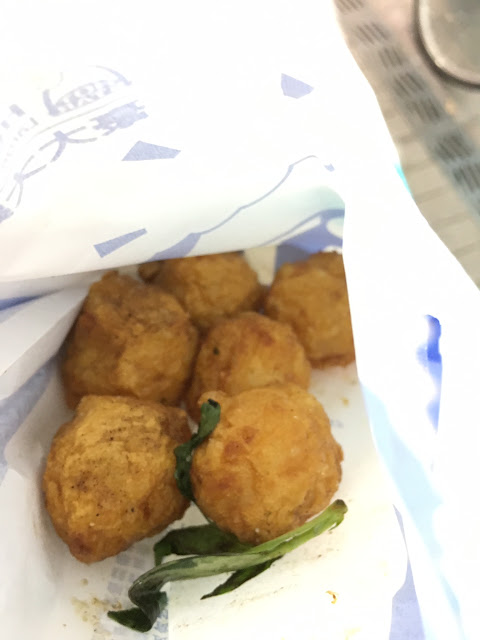 We also got the Fried Scallop and Squid Balls. These were seasoned with basil leaves so quite tasty. I didn’t really taste any scallop in it though. 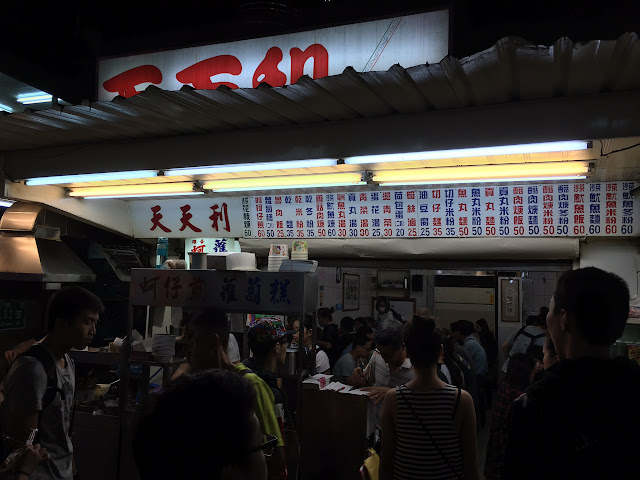 I was also on the hunt of Stewed Pork Rice 魯肉飯 so we got take-out at Tian Tian Li 天天利美食坊. They also have sit-in. It looked pretty underwhelming but it actually tasted okay. Just hard to eat while standing. I didn’t think it was very special but it’s quite the comfort food for locals. Plus it’s only NT$25! 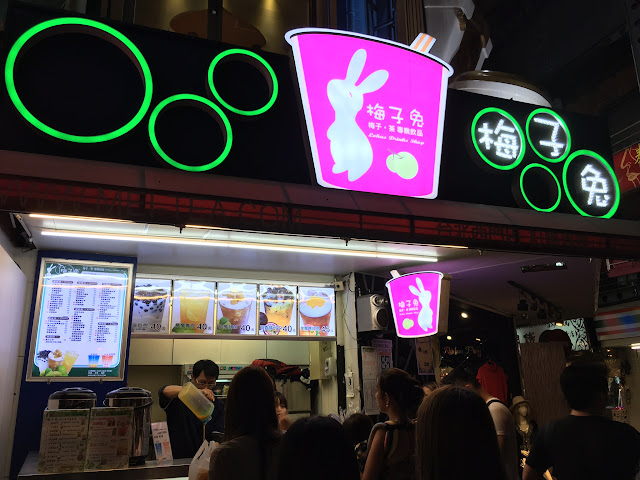 Thirsty, we found a corner shop further away from the busy shops called Mei Tea 梅子兔. Look for the bunny rabbit and the long line ups. 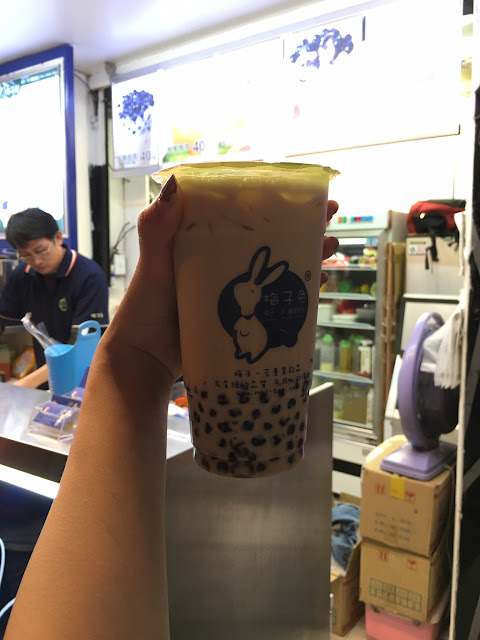 We got a classic pearl milk tea to finish our night off. It was a long wait but this was very smooth and satisfying! Headed back to the hotel and did some packing as we would be leaving tomorrow night.