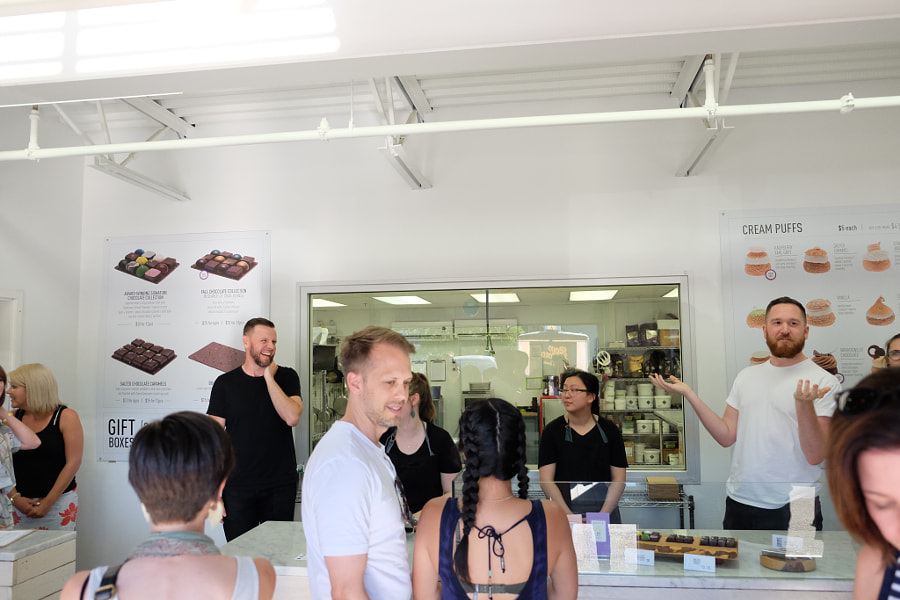 Disclosure: All food and beverages were complimentary, but all opinions are my own.

Ice cream socials are back at BETA5 Chocolates for the summer! Every Saturday until September 30th, from 1pm – 5pm, there will be a new sundae to try. We were given a sneak peak last week to try some of the flavours. 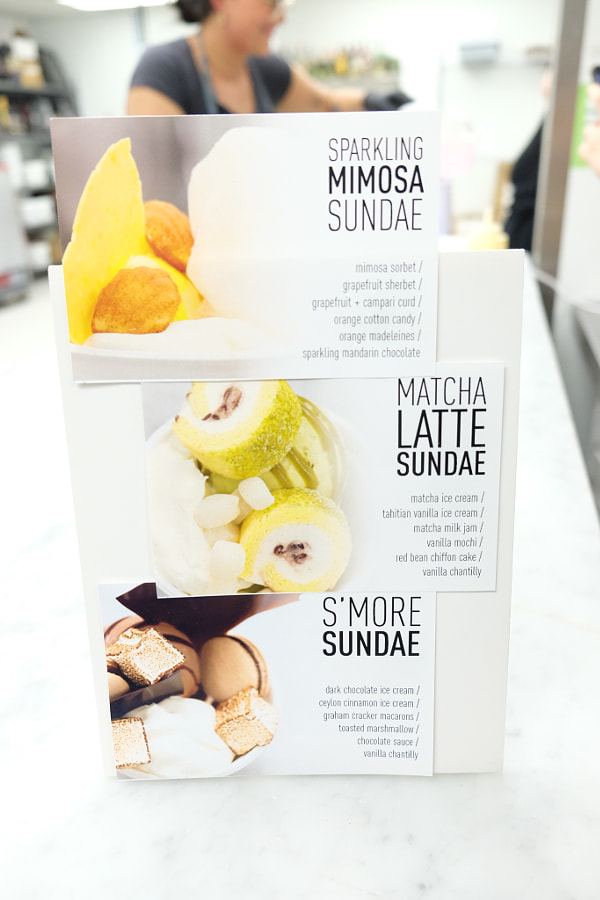 The above are three flavours that will be available during the summer. Other flavours include Melon Fro-yo, Black Sesame & Grape, Apple Pie, Mint Chocolate Chip, Raspberry Earl Grey, Peach Cobbler and more. Check out their Facebook page to find out what flavour is available each week! 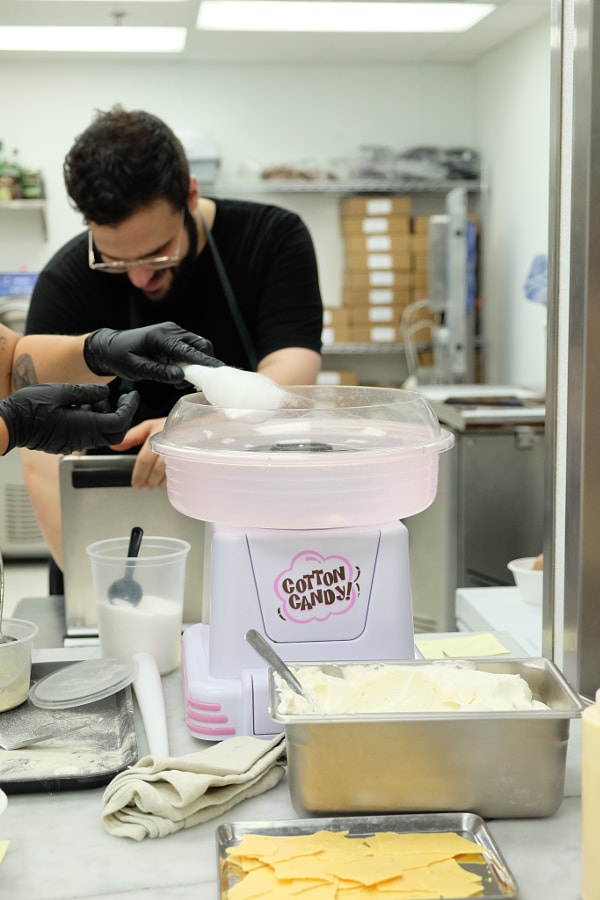 All the ice creams and toppings are made in-house, and if you’ve had anything by BETA5, you’ll know that they pay special attention to flavour and contrasting textures. Love watching the team assemble all the parts to complete the sundaes. 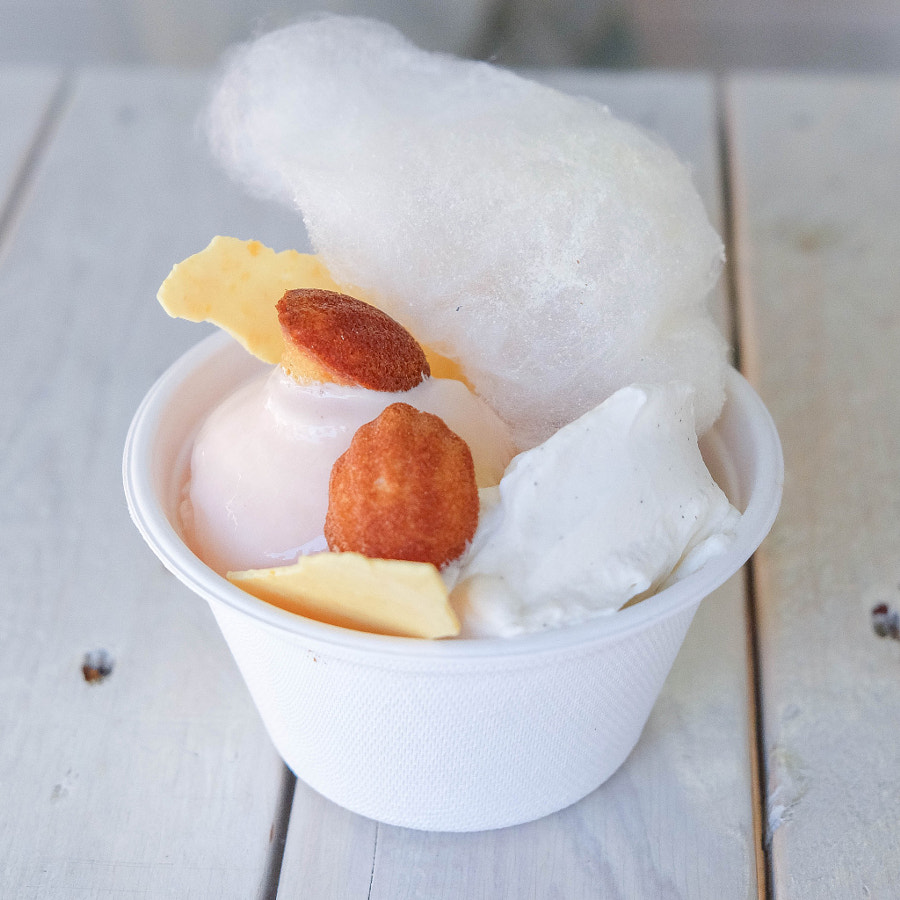 One of my favourites of the evening was the Sparkling Mimosa Sundae which features mimosa sorbet, grapefruit sherbet, grapefruit and campari curd, orange cotton candy, orange madeleines, and sparkling mandarin chocolate. The sorbet is perfect for the summer as it’s extremely refreshing. Paired with the mandarin chocolate which has pop rocks in it, creating a fizz, this sundae will definitely be a favourite! 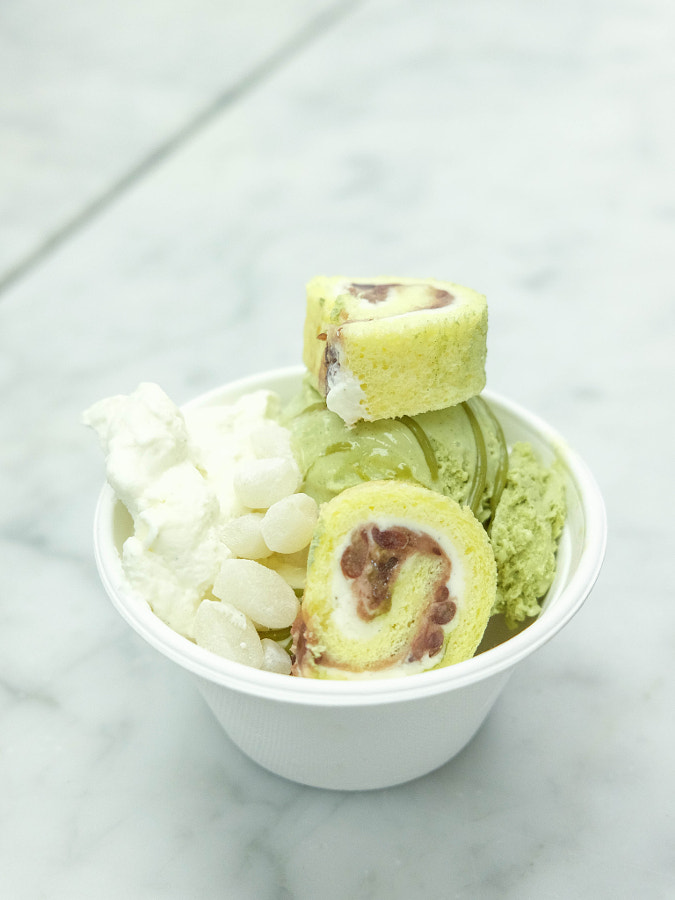 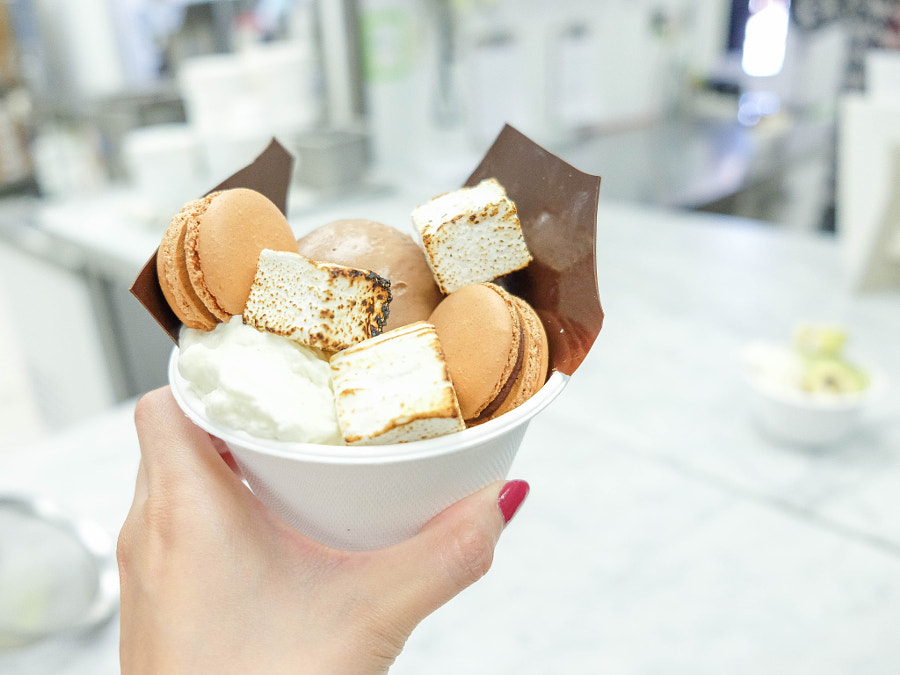 And to remind you of those campfire nights in the summer, BETA5 has created the S’more Sundae which features a 66% dark chocolate ice cream, ceylon cinnamon ice cream, graham cracker macarons, toasted marshmallow, chocolate sauce, and vanilla chantilly. The chocolate ice cream is rich and creamy, and the macarons are well constructed. 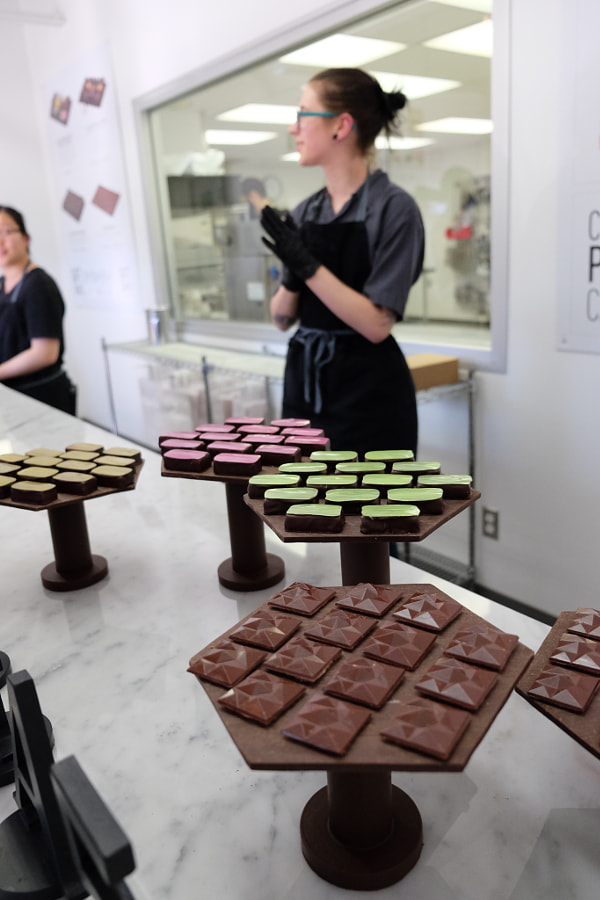 They have also launched some new flavours for chocolates including the Mai Tai! Of course, other than sundaes and chocolates, there are also their famous cream puffs available.

BETA5 is bringing back their “weekly repost”  Instagram contest. To enter snap a picture at a weekly ice cream social and post to Instagram by the following Thursday, tagged with #beta5icecreamsocial (or DM direct to BETA5Chocolates). Weekly winners will be announced every Friday and will receive a $25 gift card and the chance to win the end-of-the-season grand prize.
The last ice cream social will be held on September 30th and the flavour of the last sundae will be chosen by the grand prize winner of the summer-long contest. This is fan-driven ice cream at its finest, and a chance for the loyal weekly ice cream followers to get one more taste of one of the season’s top sundaes.
There are also two other pop up collaborations this summer:
The Juice Truck
August 10 | 4pm to 6pm | 28 West 5th Avenue @ Ontario Street
The Juice Truck’s pop-up ice cream social will feature a vegan and gluten-free sundae, showcasing a new vegan ice cream that takes the lead from the Juice Truck’s creamy nut milks.
Four Winds Brewery Company
August 13 | 1pm to 5pm | 4 – 7355 72nd Street, Delta
The Four Winds feature sundae will pair well with one of the brewery’s signature beers. The Four Winds team produces a carefully crafted line of of locally made brews inspired by the limitless potential of beer, and the great brewers who came before them.