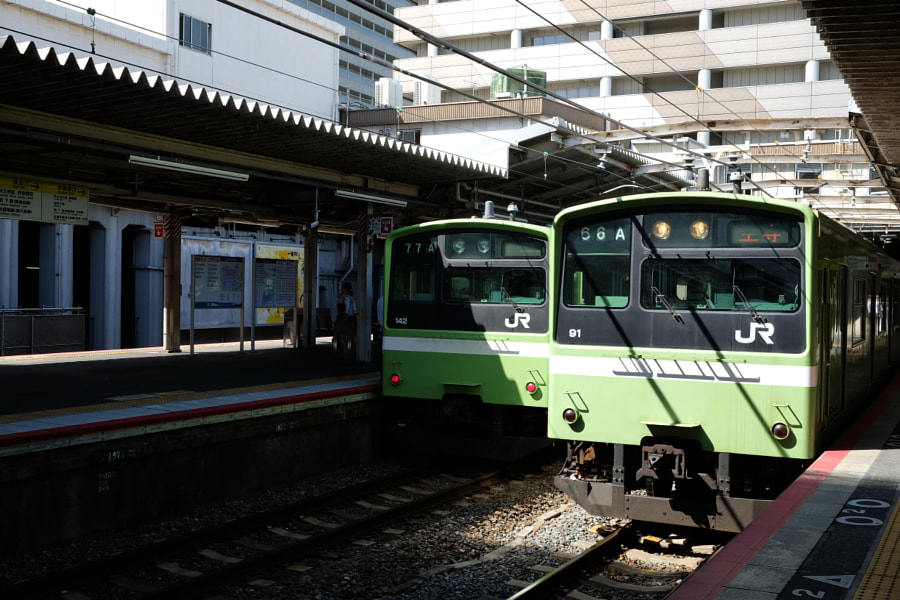 On Day 10, we set off to visit Nara 奈良. As we had the JR pass, we took the Yamatoji train from JR Osaka station to JR Nara station. This took around 45 minutes. If you don’t have the JR pass, then I suggest taking the trains by Kintetsu Railways which only take 30-40 minutes. The train we took was much older than the ones in Tokyo but gave it a rustic charm. 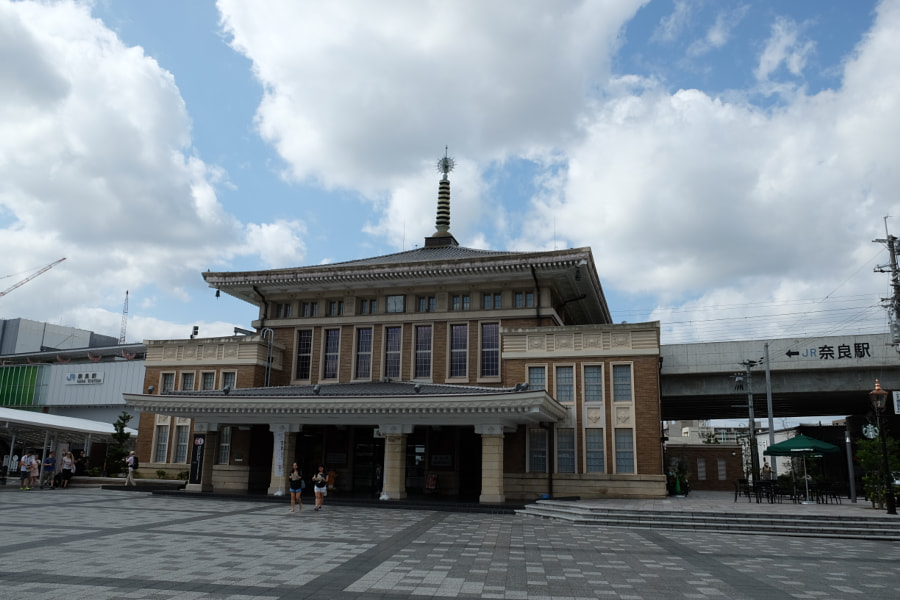 A quick ride and we arrived at Nara station. You’ll be greeted by a tourist center where you can get a map of the majority of Nara. I suggest grabbing one so you can make your way around easily. 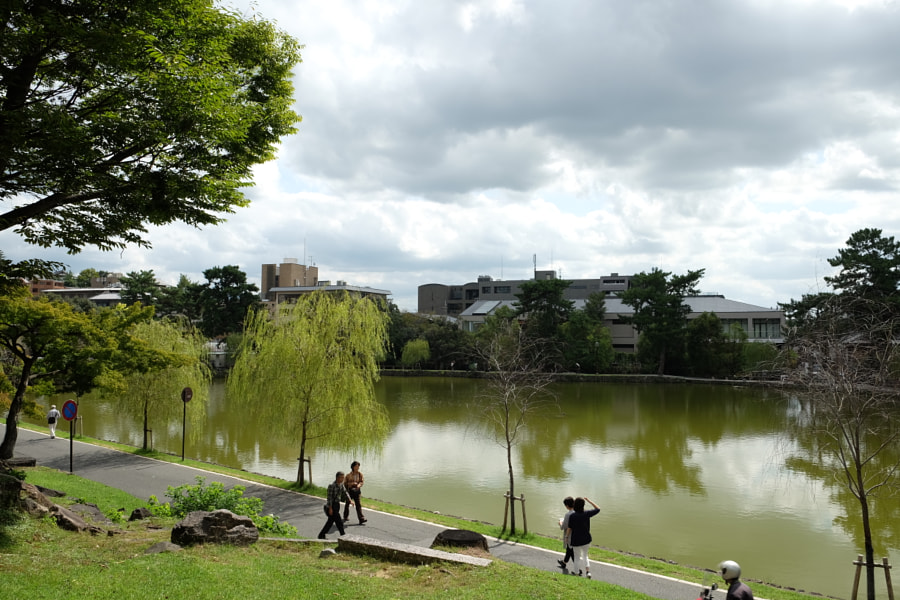 The walk to Nara Park itself takes around 15 to 20 minutes, so be prepared to walk a lot. You will pass by many shops and a beautiful lake along the way. The greenery almost makes this picture look fake! 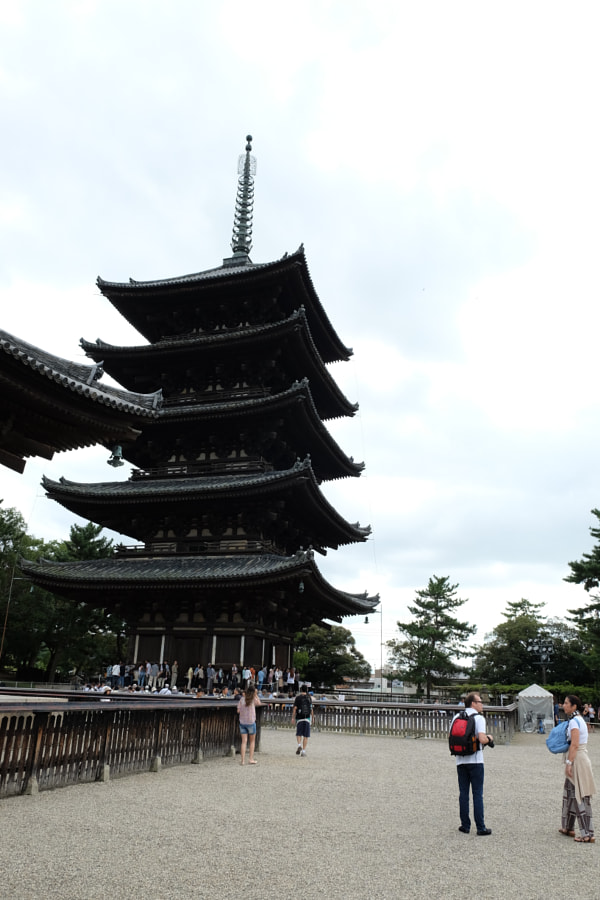 Along the way, you will also find some temples. Nara was Japan’s first capital city back in the day so has lots of history. We came upon the Kofukuji (興福寺) Temple, which consists of the five story pagoda. I believe you need to pay an entrance fee for these temples, but since we personally aren’t very interested in temples, we skipped this. There are many other temples in Nara if you are interested. 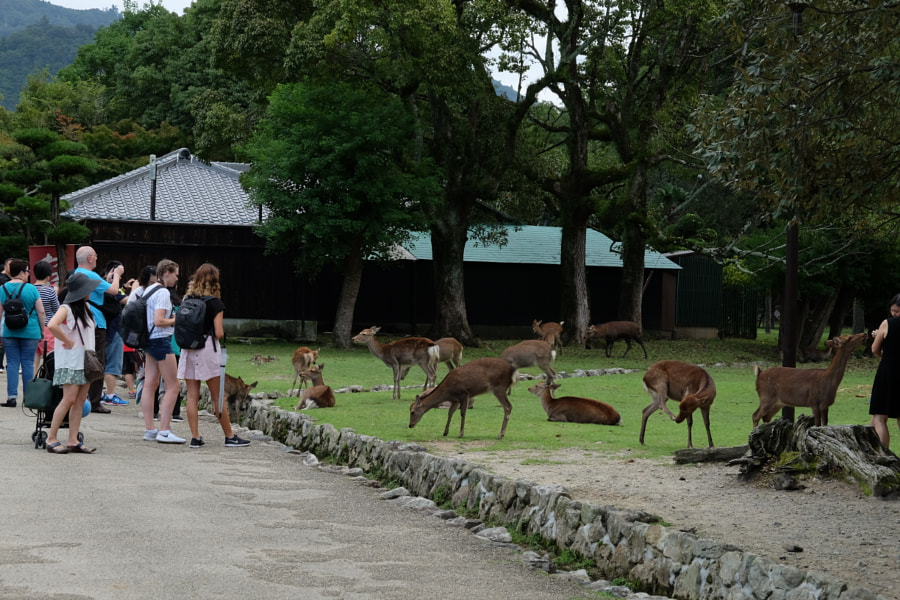 Finally, after a long walk, we arrived at Nara Park (奈良公園)! Nara Park is famous for the hundreds of wild deer that roam freely in the park. In Shinto religion, the deer are considered as messengers of gods so these deer are known as national treasure. 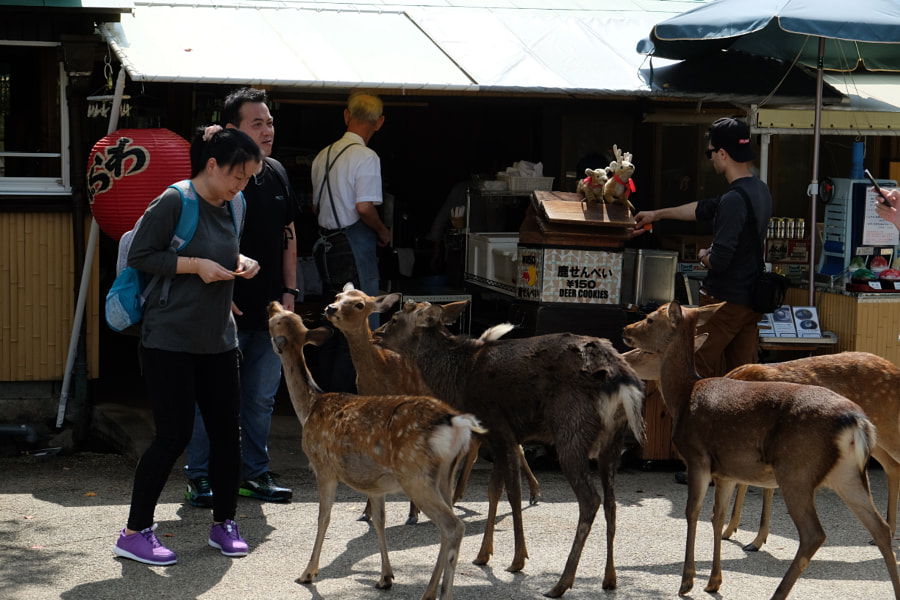 The deer are usually pretty tame, but there are some that can be quite aggressive, especially when they see you have food. You can buy deer crackers for 150 yen at many stalls, but you better hide your stack or they will all flock to you like this woman experienced! Look how cute they are! There are some baby ones that are very tame. The older deer can be quite aggressive as they probably lack attention by the tourists! 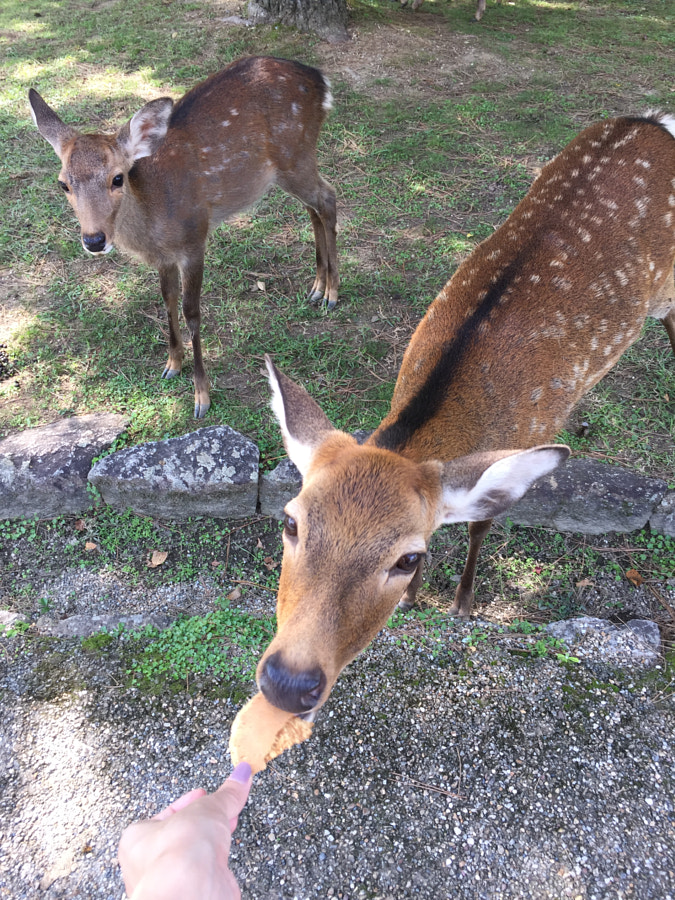 I bought a stack of crackers and had a good time feeding them. A tip is to break the crackers in half so you can extend the chances you get to feed them. Also, if you move the cracker up and down, you can usually get the deer to bow to you before eating which is super amusing to watch! 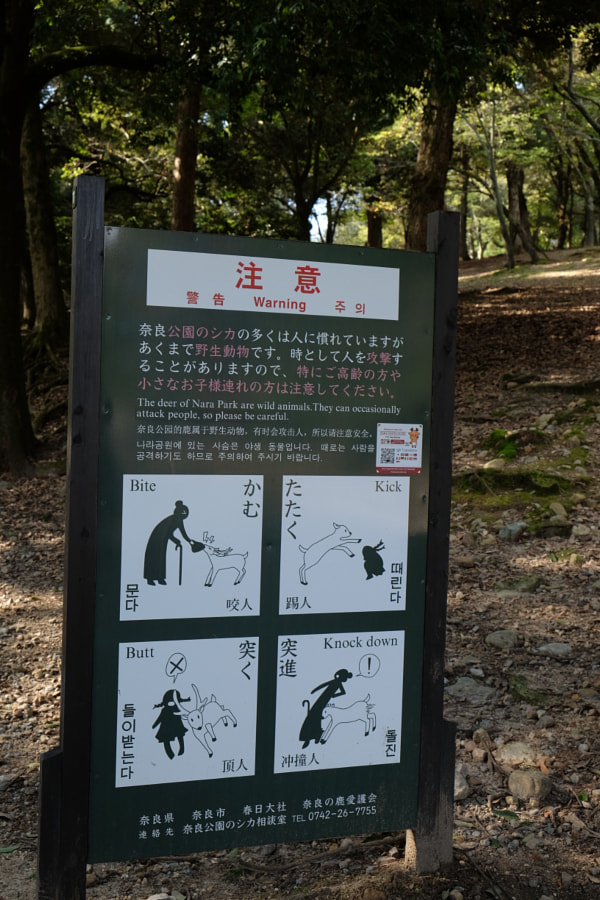 The park warns you that the deer can be dangerous though. I thought this sign was pretty funny, but I guess it can be true. I got deer head butting me from behind which was not expected! If you have kids, I would make sure they are supervised, as the bigger deer can be less tame. 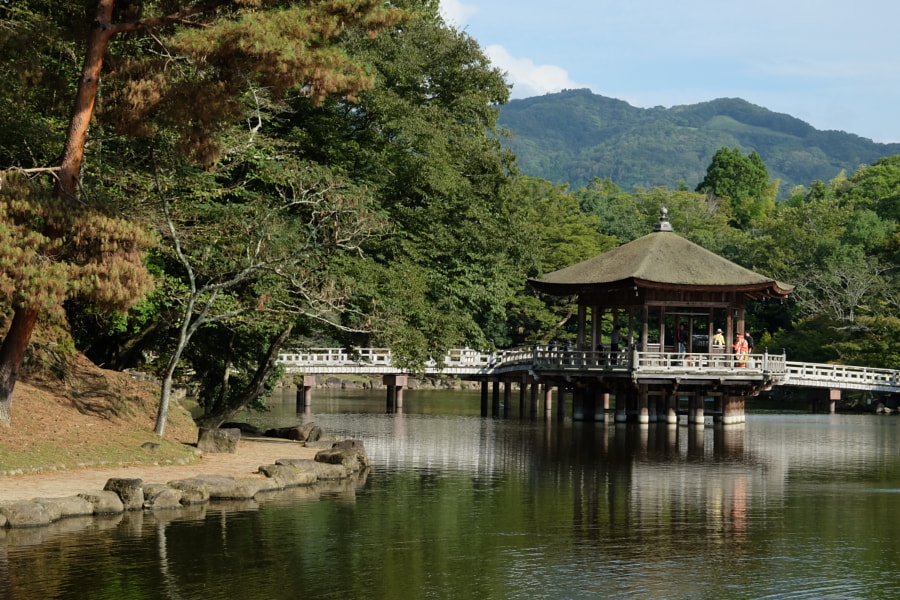 If you venture east of the park, you will find the Ukimido Gazebo. It is known as the floating gazebo and we found it to be a serene area to take pictures, especially with the reflections on the water. This area was much more quiet as most tourists only went to see the deer. 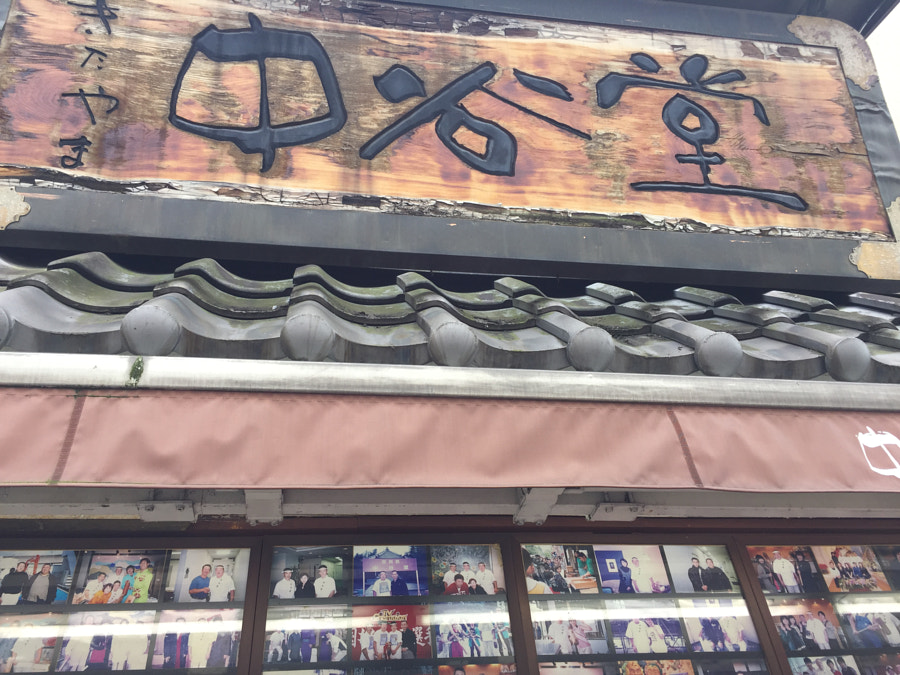 The trip to Nara can be done in half a day if your main target is to see the deers. We were able to finish the park in less than 3 hours (although keep in mind we spent a very long time taking pictures with the deers). As lunch approached, we decided to walk back towards the station to see if there was food along the way. One spot that is super popular is Nakatanidou (中谷堂). 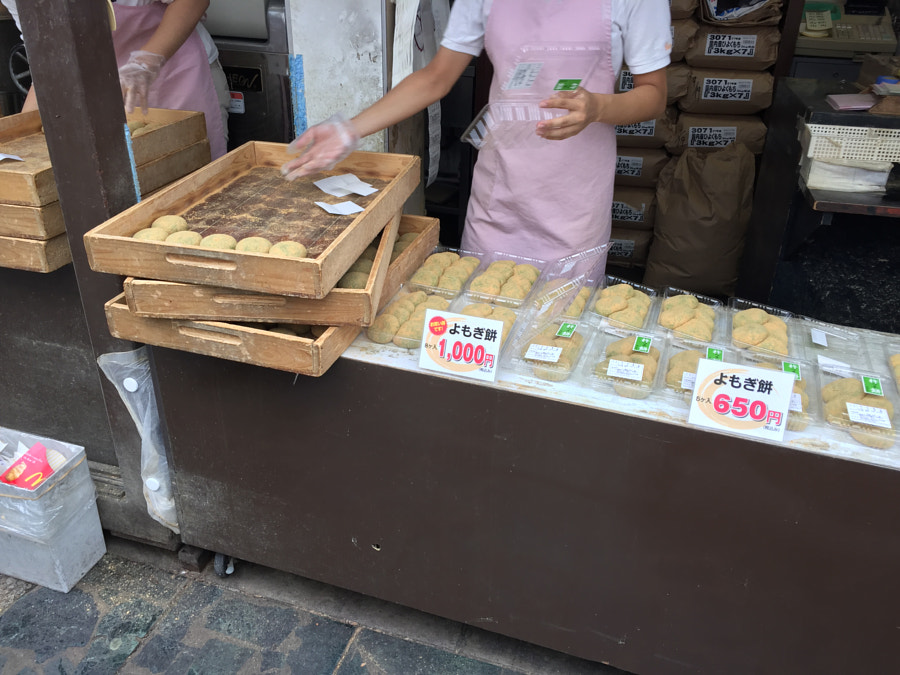 Nakatanidou is famous for mochi (Japanese rice cakes)! They specialize in yomogi mochi which is made with mugwort, a Japanese wild plant, which gives the mochi the natural green colour. The mochi are filled with red bean paste and dusted with roasted soybean powder. What is most exciting about this stall is that the workers will “perform” the pounding of the mochi every half an hour or when there are crowds of tourists. The workers use these pestles and rapidly pound the mochi while another worker stretches and flips the dough. Seriously, they do it so fast that your heart skips a beat because they are that close to pounding the worker’s hands! I forgot to get a picture of this, but be sure to give this a Google and you’ll be impressed! 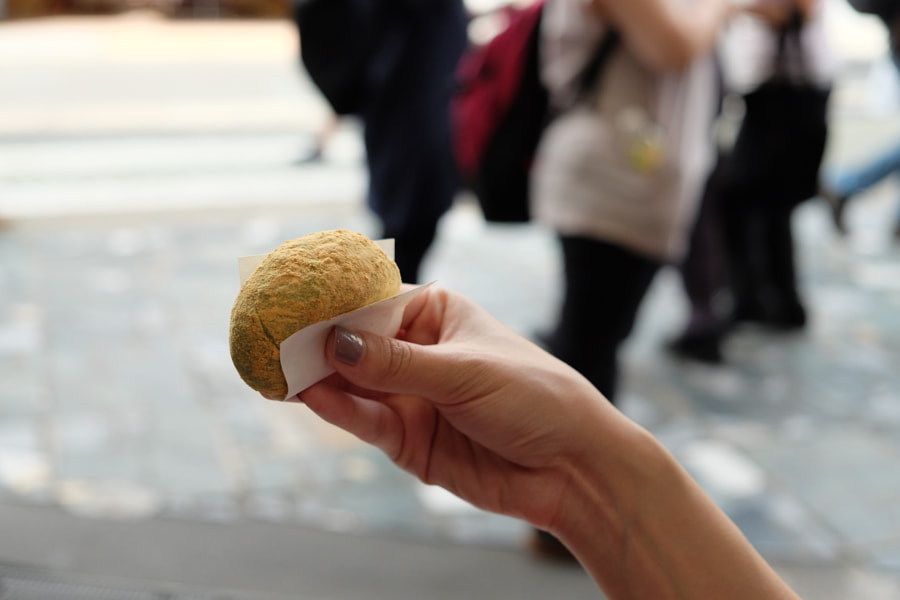 One piece goes for 150 yen, whereas you can get a pack for a cheaper price. This was seriously the softest mochi I’ve ever had. I highly recommend trying this! 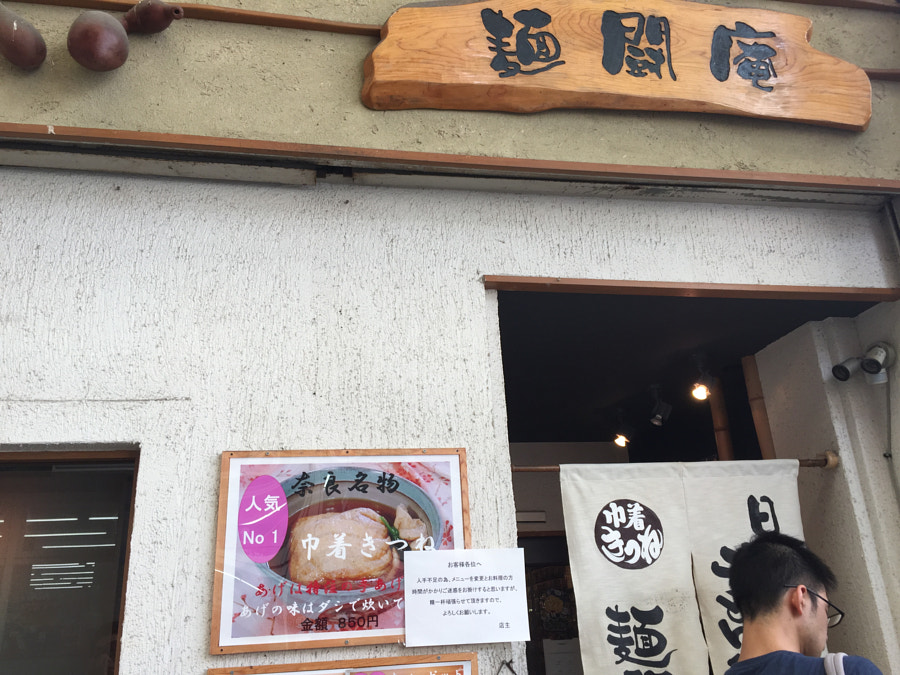 Tucked the corner street near the mochi shop is Mentouan. We noticed a small line forming so quickly got in as well. Turns out, they are famous for udon in a bean curd pocket. 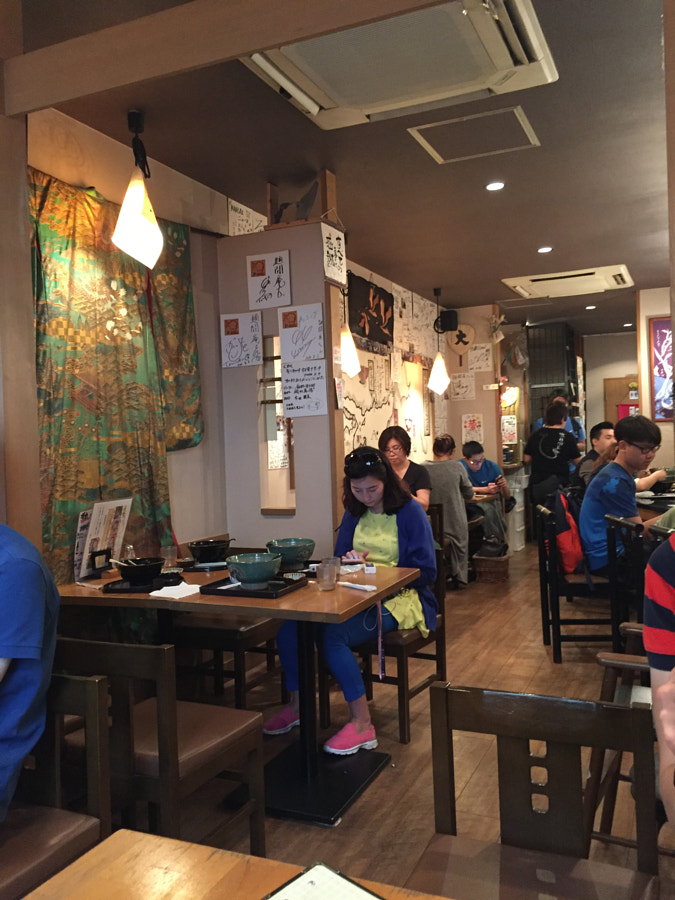 We waited probably close to 30 minutes before getting a seat. The restaurant itself is rather small, fitting perhaps only 25 people or so, but the main problem was that there are only 2 people out in the front. There is a elderly woman who is essentially running the whole dining area, so she has trouble keeping up with cleaning up the dishes. 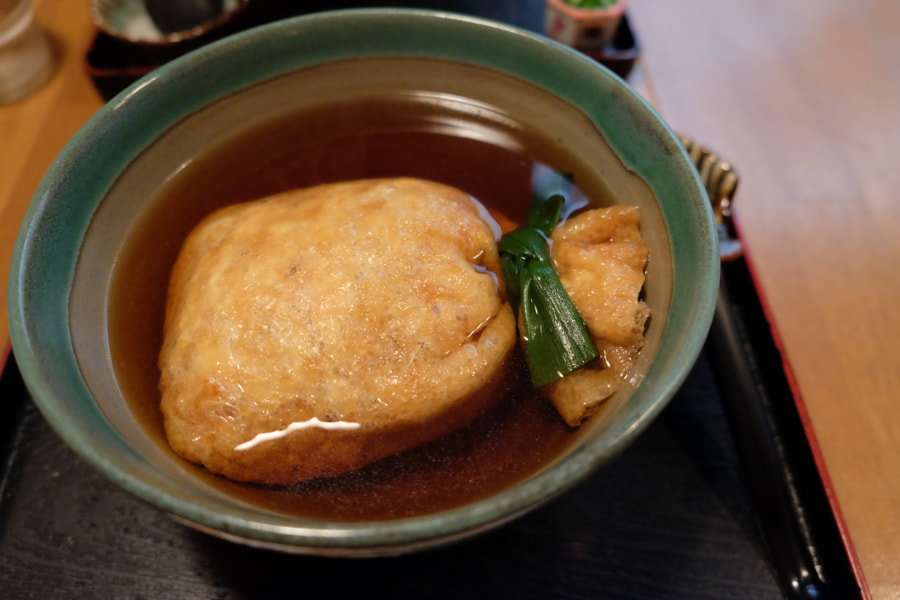 The menu is limited, so S and I both ordered the same dish. We got the No.1 which is udon filled inside a bean curd bag, tied with a seaweed tie and put in a delicious dashi broth. 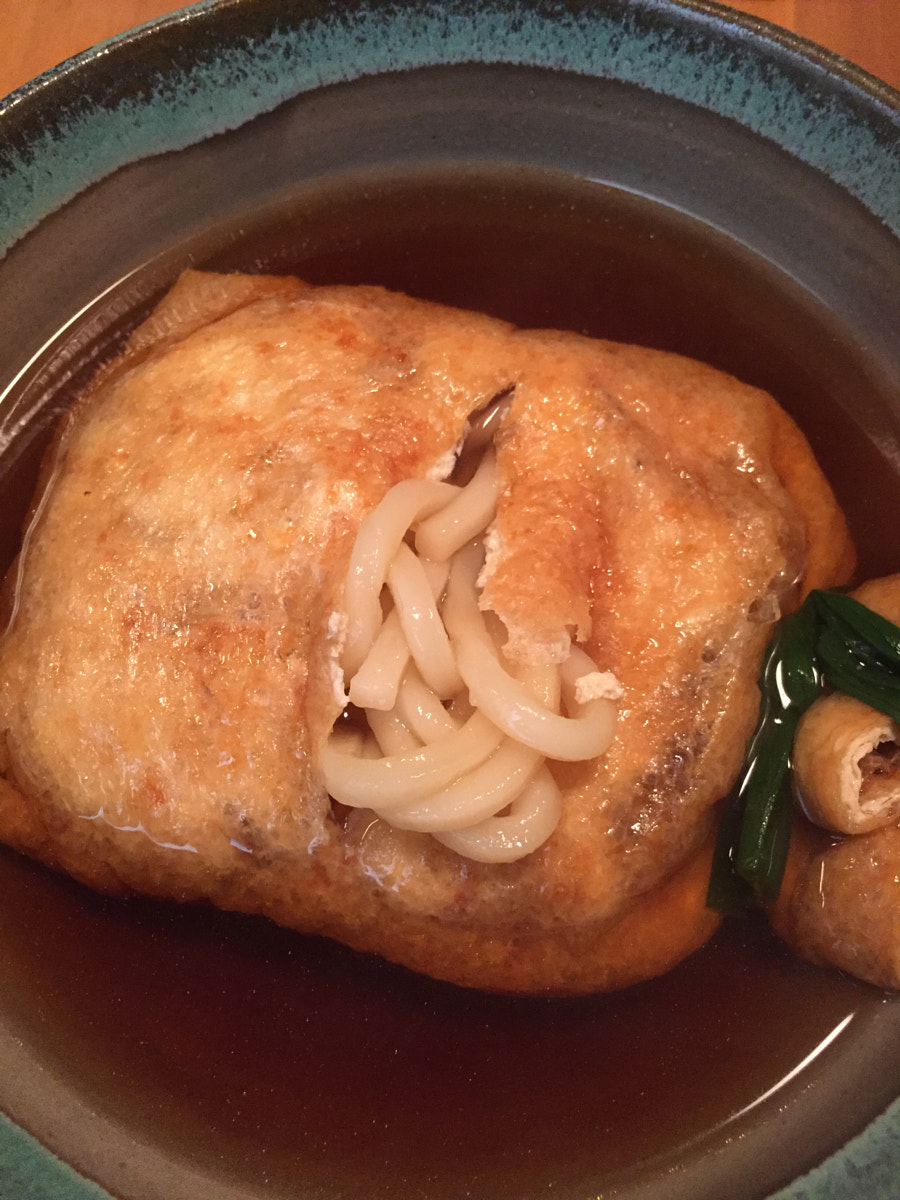 Poke a hole in the bean curd and your udon noodles spill out! Such a fun way to eat this but the udon itself was nice and chewy and the broth was sweet and savoury. I believe a bowl cost just under 900 yen. As there are not that many other restaurants in the area, I highly recommend checking this out! 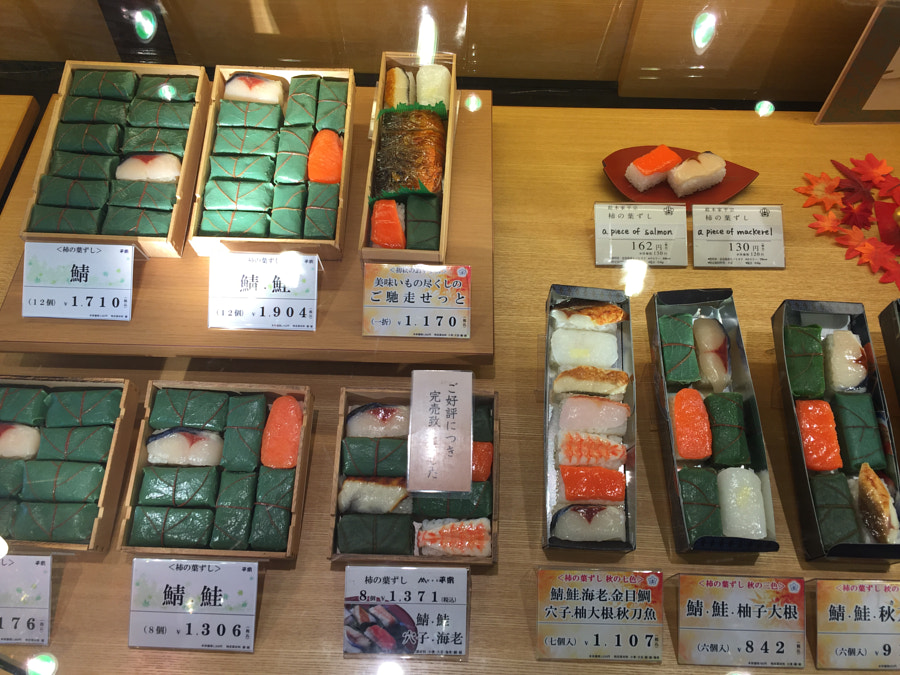 On our way back to the station, I also came across the shop called Izasa. They specialize in Kakinoha-zushi. Famous in Nara, this type of sushi is made with cured fish (usually salmon, mackerel, and trout) and are pressed into a mold filled with sushi rice. Then the sushi is cut into bite size pieces and wrapped in a persimmon leaf. This store sold a variety of boxes, but the lady kindly let me know I could try a single one as well. 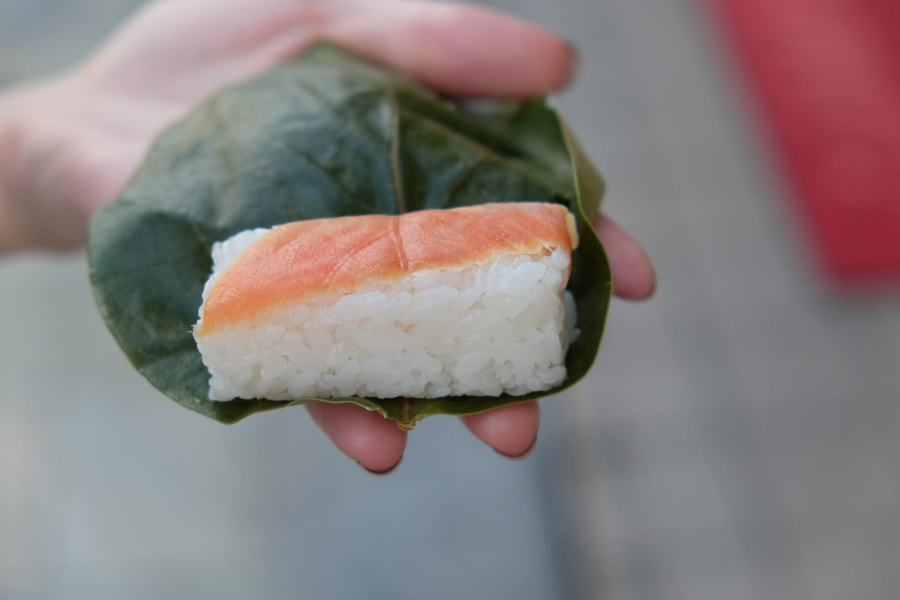 I got the Salmon Kakinoha-zuzhi which was under 200 yen. I unwrapped the leaf and revealed my sushi. To be honest, I thought this was quite average as I am not a fan of cured fish and the rice was also not as soft as normal sushi rice. I could subtly taste the persimmon leaf but it was not very strong. Still, something to try if you are in the Nara area.