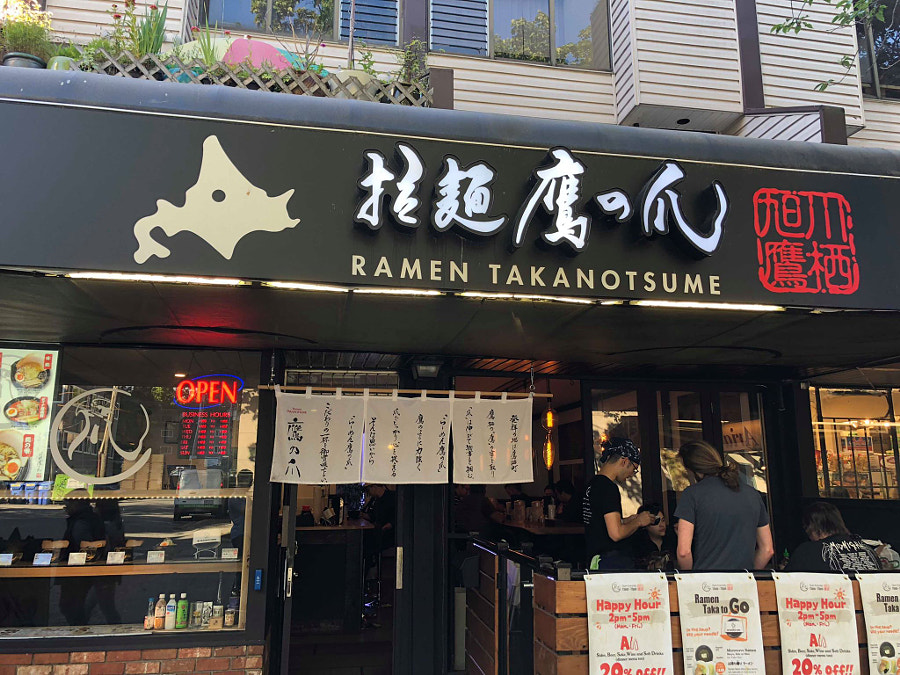 Ramen Takanotsume took over the spot of Ramenman earlier this year. Ramenman relocated to the Davie Street area. Hearing that the new ramen spot originates from Hokkaido, I was excited to come check it out.

The interior still looks pretty much the same as the previous ramen shop, but the first thing we noticed was the Jay Chou and other mandarin songs playing in the background… It was definitely quite odd at a Japanese ramen shop. 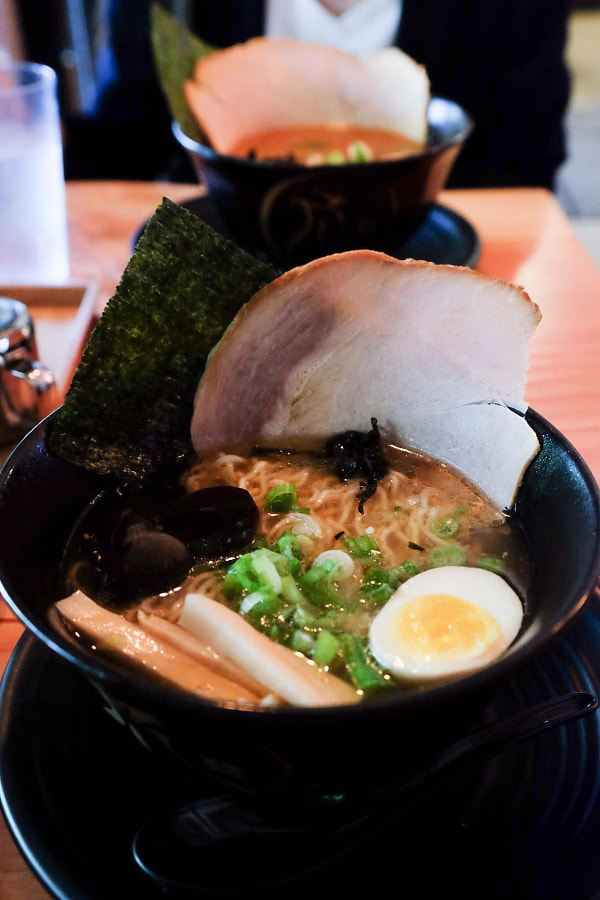 What’s unique about Ramen Taka is that the soup is supposed to be super hot as it is topped with a sizzling spoonful of seasoned Hokkaido lard. And it was definitely as advertised. S got the White Dragon Shio which is flavoured with sea salt. It came with wood ear fungus, bamboo shoots, seaweed, green onion, a large slice of pork and marinated egg. The broth was very flavourful and I also enjoyed the squiggly noodles. However, the toppings were quite disappointing. 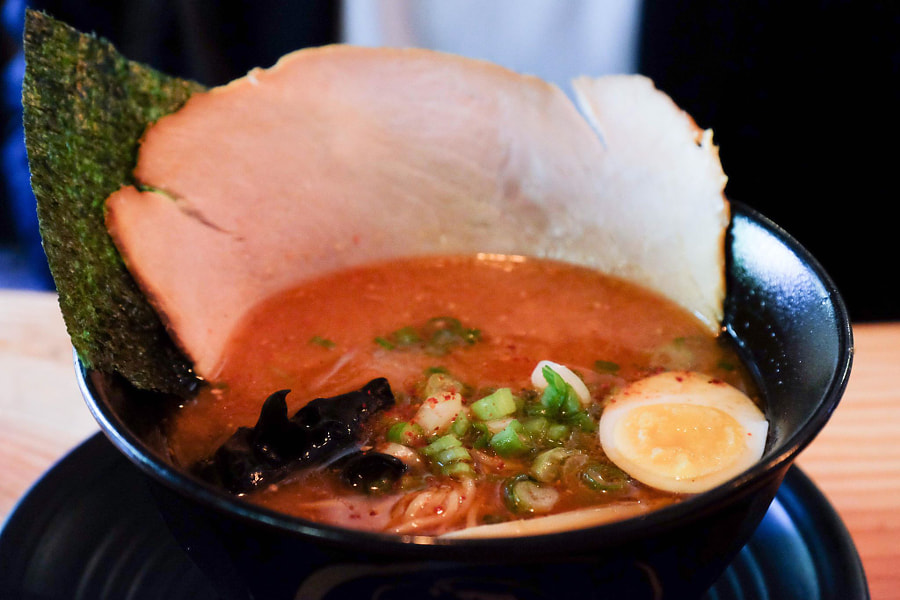 For myself, I got the Supreme Dragon Miso which features a blend of several misos to create a super smooth and deep miso flavour. The broth is also slightly spicy. Again, the broth was extremely hot and remained hot throughout my meal. It was a bit too hot for me at the beginning and I really had to blow on my noodles to cool it down. With the same toppings as the White Dragon Shio, they were equally a bit disappointing. The pork was a thin slice but extremely lean and had no fat content at all. I usually like my pork a bit lean, but this was a bit too lean for me. I really needed to submerge the pork in the soup to soften the pork a bit. As for the egg, it was definitely overcooked and was closer to a hard boiled egg. However, the broth was also very flavourful and not too salty.

Overall, I really enjoyed the broths and noodles ane especially appreciated the fact that the broth stayed hot throughout my meal. However, I was personally not a fan of the pork and egg which I think are a major component of the dish. Also, the location, although on Robson is just a bit out of the way and a bit hidden. Will probably come back if I’m around the area though.

Pros:
– Soup remains hot throughout the meal
– Soup base is flavourful

Cons:
– I personally didn’t enjoy the pork and egg