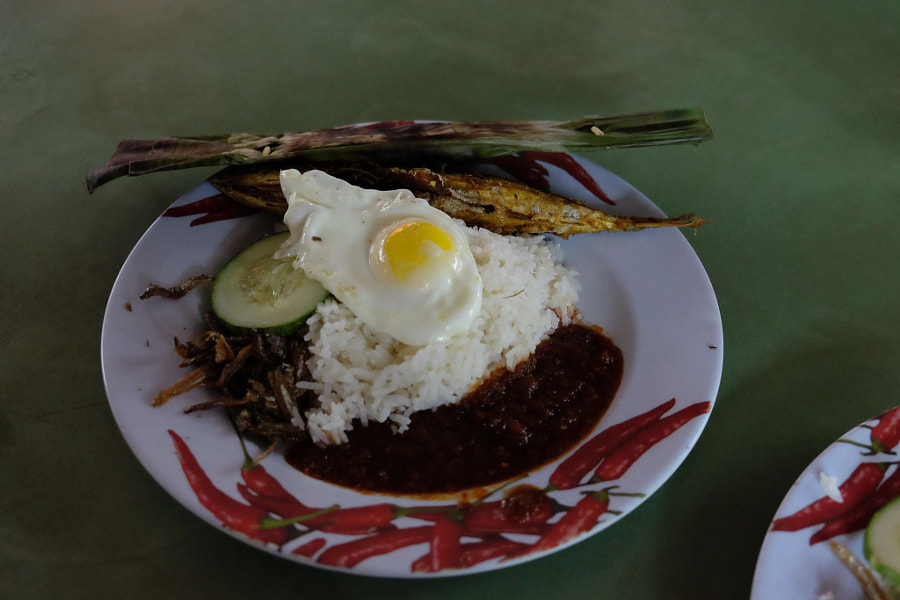 Since it was my second time visiting Singapore, I wanted to visit some new places this time. S suggested we check out Changi Village so we headed to Changi Village Hawker Centre to have lunch. Apparently public transportation can be a bit difficult, but since S’s aunt drove us, it was no problem. She suggested we try the popular Nasi Lemak at International Muslim Nasi Lemak. The nearby stall Mizzy’s Corner is also famous for nasi lemak, but many often say it’s not as good. I got my nasi lemak with fried fish and otak which also came with a sunny side up egg, cucumbers, some fried anchovies and sambal chili sauce. The dish looked simple and messy, but this was delicious! The jasmine rice was fragrant and fluffy and delicious paired with the sweet and savoury chili. I did find the sambal to be quite spicy though but I normally don’t eat too spicy. I wasn’t a fan of the fried fish too much as I don’t normally like to eat a whole fish like that. Wasn’t really sure where to start to be honest. The otak which is a fish cake wrapped in a banana leaf was delicious and fragrant though. It also has quite the kick! 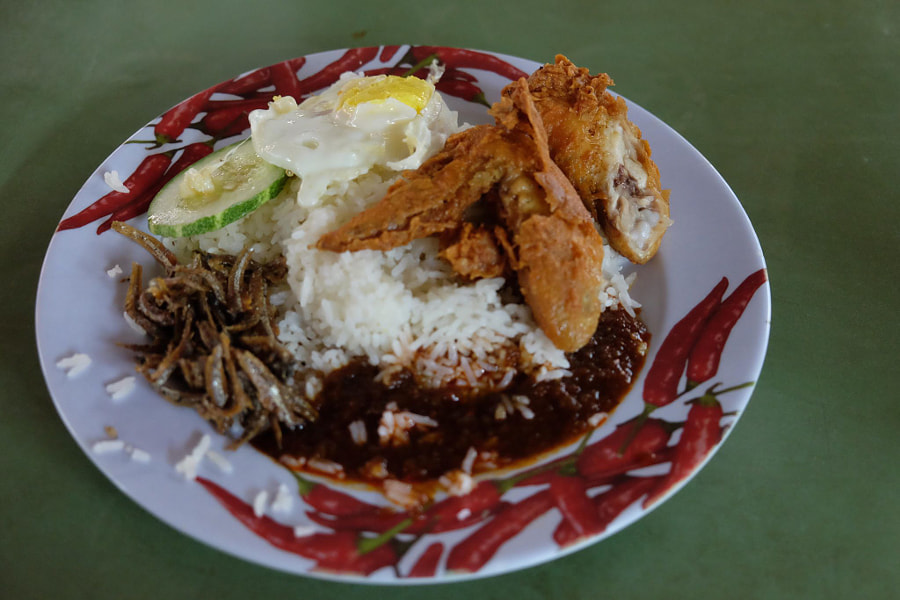 S got the Nasi Lemak Chicken Set which comes coconut rice, fried anchovies, a sunny side up egg, cucumbers, sambal chili and a crispy chicken wing. The chicken wing is a favourite with a slight ginger flavour and light batter. A popular choice!

After lunch, we headed towards Changi Beach Park to take a stroll. This is a nice getaway from the busy city as the beach is quite quiet. However, I don’t think there’s much to do and doesn’t compare to the beaches in Vancouver. Still, it’s worth taking a quick stroll if you’re in the area already. You’ll also find Changi Point Ferry Terminal here where there are a bunch of junk boats parked ready to take you to Pulau Ubin, a nearby island, for just $3 SGD. 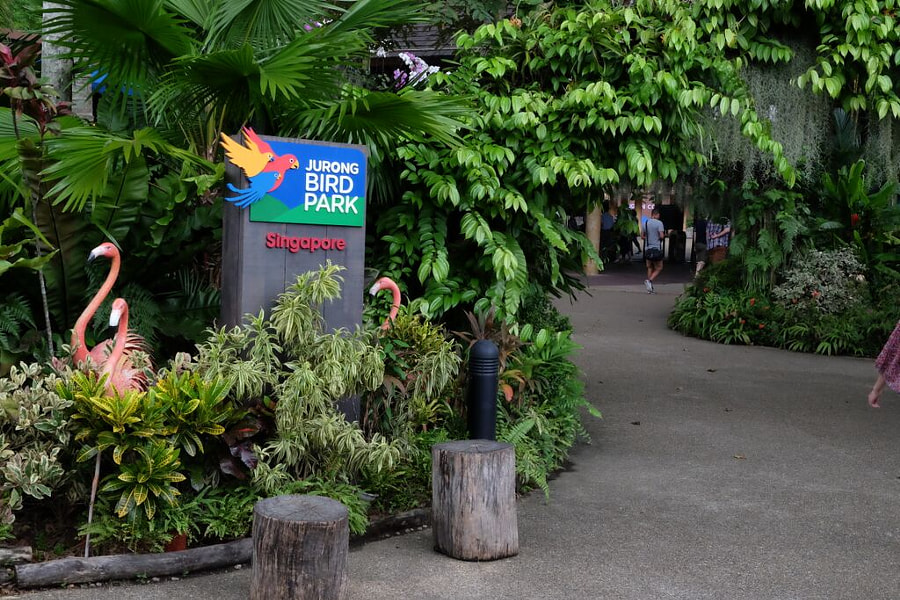 After lunch, we decided to check out the Jurong Bird Park, but note that it is a bit far from the city and is all the way east. There are some buses that will take you to the entrance though. We were lucky enough to be driven there so it wasn’t too bad. Tickets aren’t exactly cheap. They’re $30 SGD for adults and if you want to take the tram to get around as well, it cost another $5 SGD. We bought it on KLOOK so only paid $30 SGD for the admission including the tram. The tram isn’t really necessary if you’re ready to walk and the weather is good. However, as we went on a rainy day, we thought the tram would be beneficial. 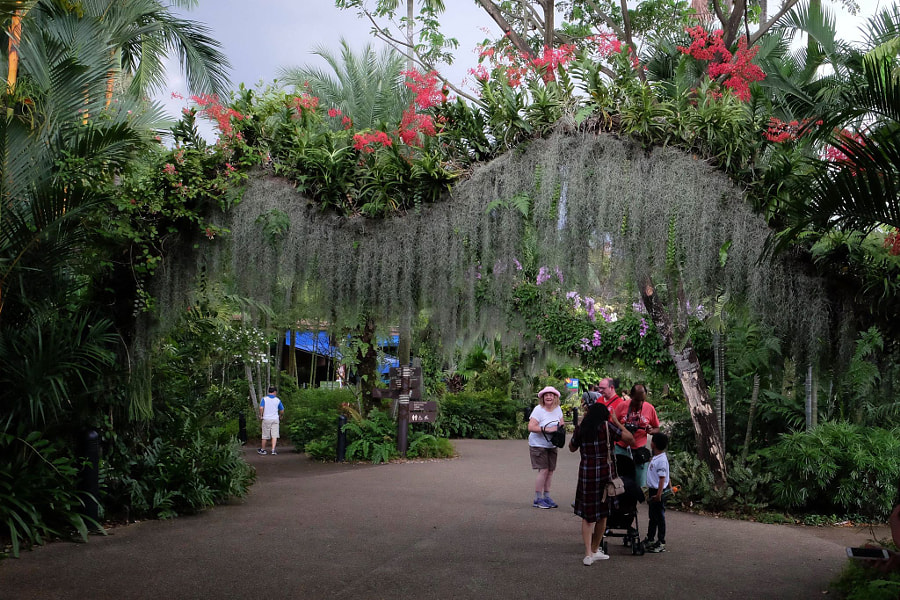 I believe the bird park is one of the largest bird parks in Asia. It is well designed and very clean. With over 5,000+ bird with over 400 species, you’ll be surprised at how many types of birds there are! Many of the birds are actually roaming around free but of course the dangerous ones are caged. There are also many activities including bird feedings and we also got to watch the Birds of Prey where we saw some eagles flying around. It was a bit scary but the show was very impressive! 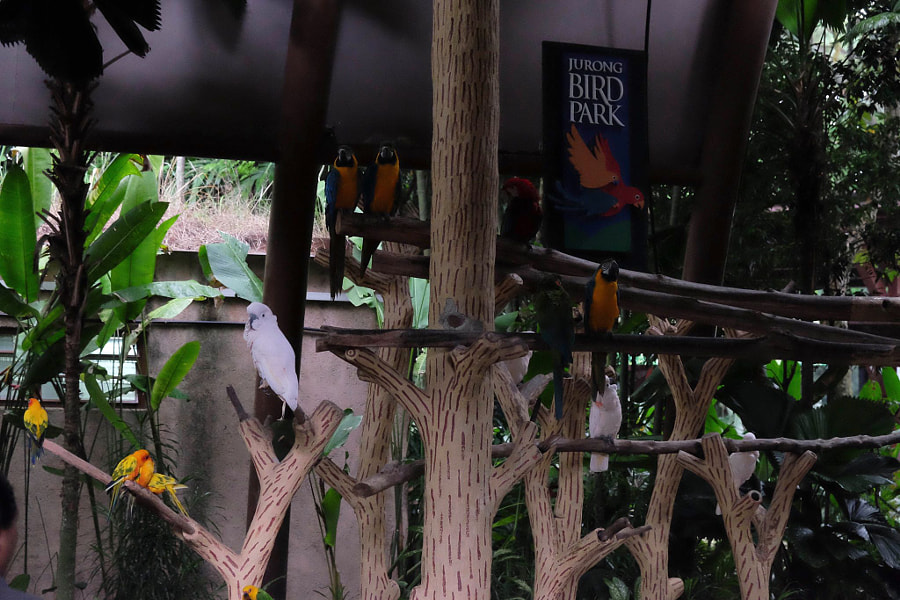 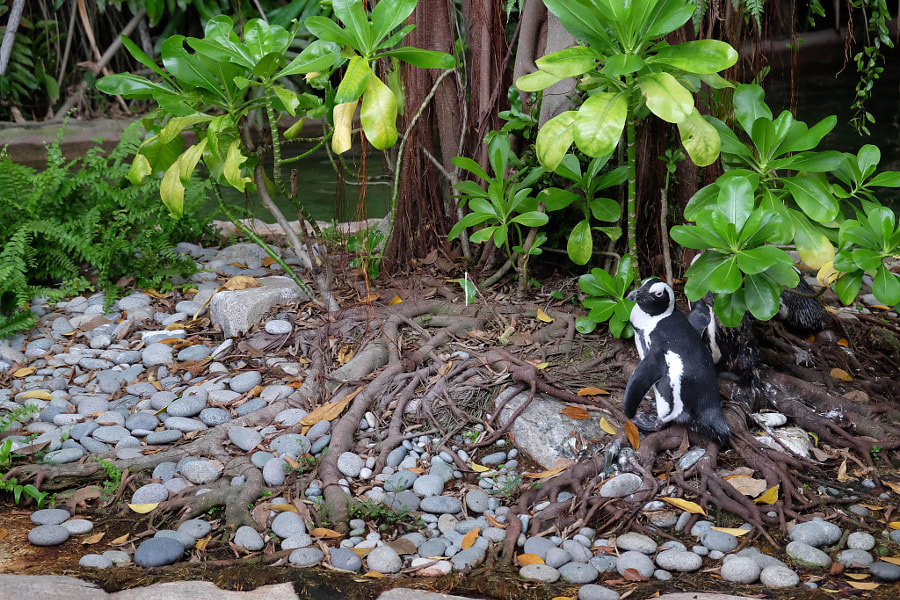 I mean look at these cute penguins just roaming around! 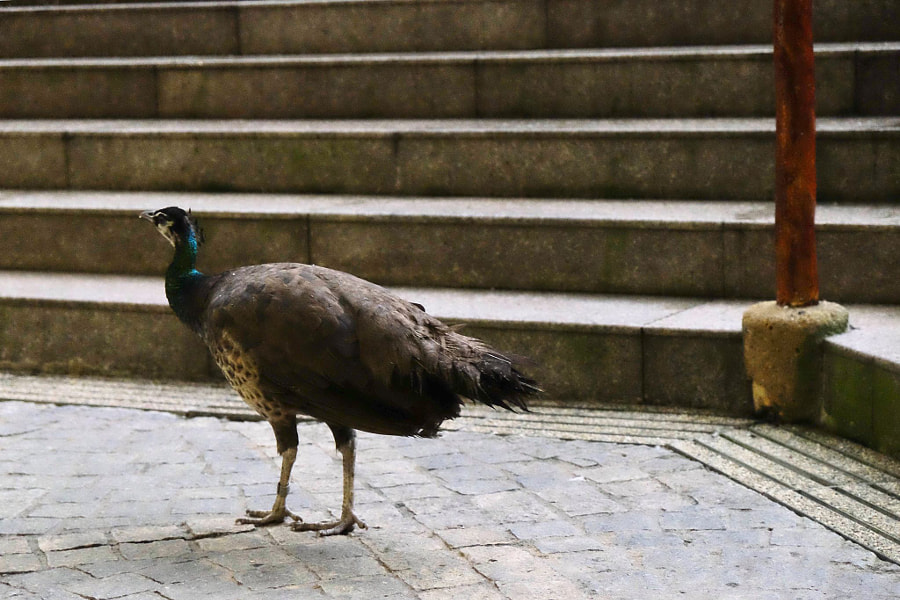 We also found a peacock just walking around when we visited the waterfall inside the park. This also unfortunately ended our picture taking because a monsoon arrived and the downpour of rain was unreal. We ended up having to sit around in a sheltered area for an hour before we could continue walking around. The tram therefore made it very convenient for us to catch up missed time and hit the spots we wanted to see. Even though the rain was unpleasant, the park itself had lots to see. Even as someone who isn’t big for birds, I found the park quite interesting. On a sunny day, this would be a great spot to bring the family. 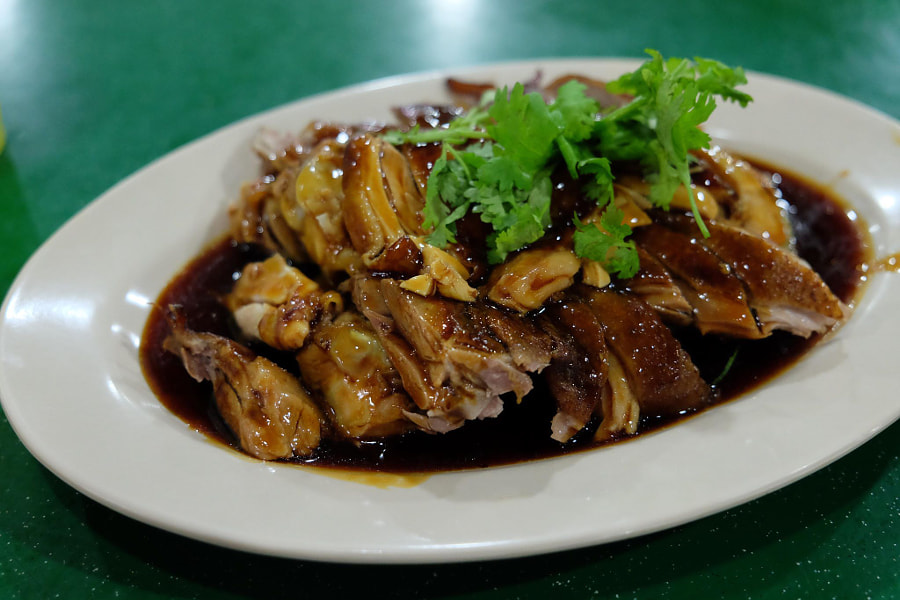 After visiting the bird park, we took the bus back out to the city center to meet up with S’s relatives. They took us to a hawker centre, but unfortunately I can’t remember which one. We enjoyed some soya sauce chicken. 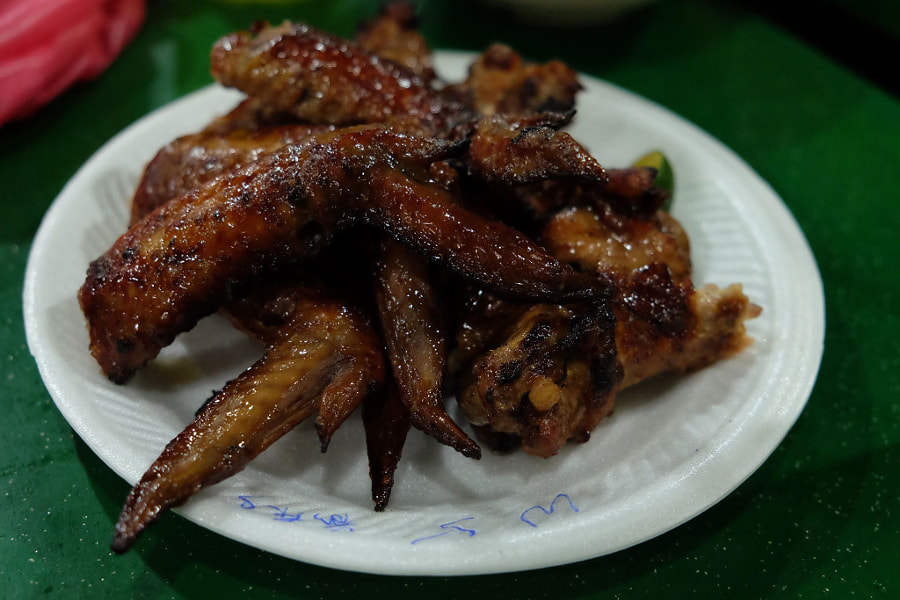 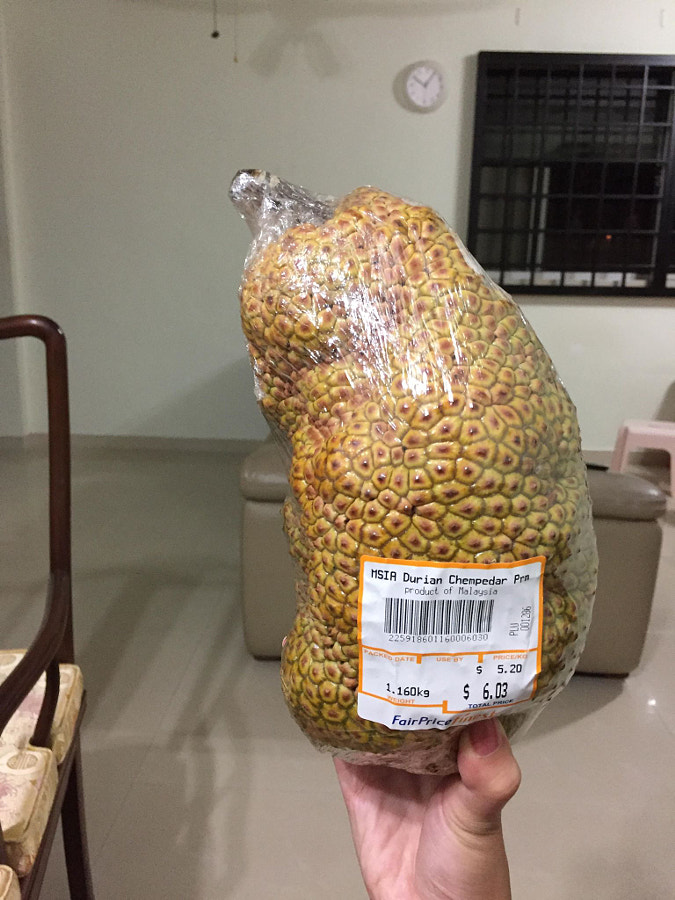 We also headed to the supermarket so I could purchase a bunch of food souvenirs. The aunt also suggested we try this durian cempedak which is a Malaysian fruit. It looks sort of like a durian but without all the spikes. Inside, there are many tiny bulbs of fruit which all have stone like seeds inside. The taste was closer to jackfruit and I quite enjoyed it! Worth giving some of these exotic fruits a try while you’re in Singapore!