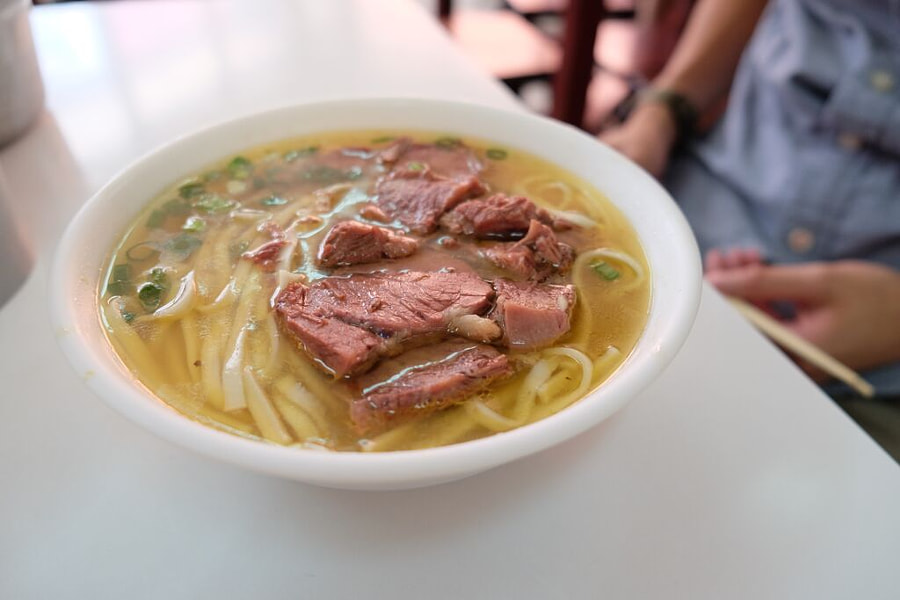 We actually had Lao Wang Ji Beef Noodles 老王記牛肉麵 twice during our time in Taipei. The last time we visited, we had tried Taoyuan Beef Noodles, which is also a nearby shop to Lao Wang Ji, but because it was closed, we ended up checking this spot out. It’s not too far from our hotel in Ximending – around a 10 minute walk, so it was no surprise we visited twice.

I think this might be my favourite beef noodle soup restaurant in Taipei. S got the Clear Broth Beef Noodle Soup which comes with loads of beef. The beef is thick but extremely tender and it falls apart! The noodles are cooked just right with a nice bite and the broth is clear but flavourful. 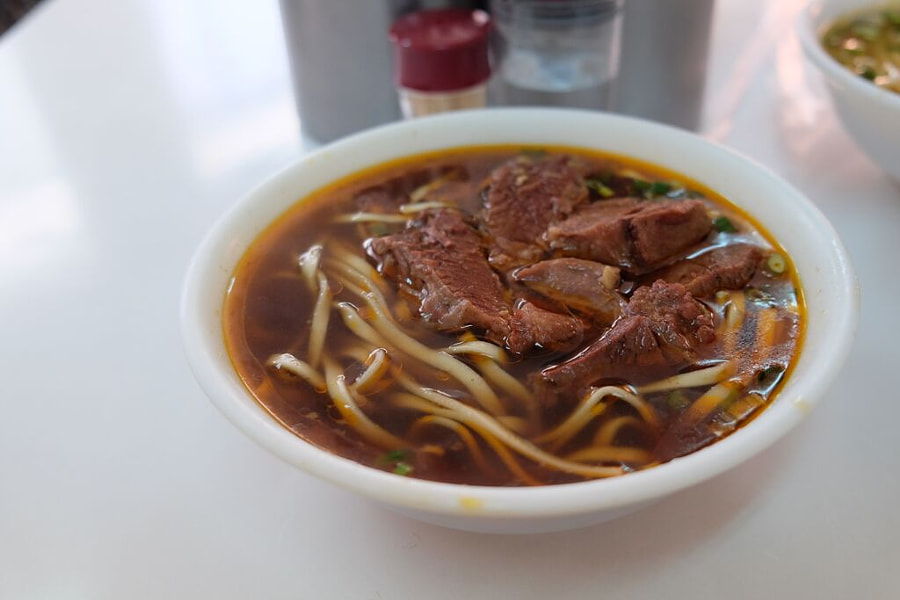 The other option is to get the Spicy Beef Noodle Soup which is what I got. The spicy soup isn’t actually too spicy but I thought it was really flavourful! Just a touch of spice and I loved how the beef was soaking the soup in. On the table, there is also a bucket of preserved vegetables which you can add as much as you like. I do find that it tastes really great with the noodles! Overall, a must try in Taipei! 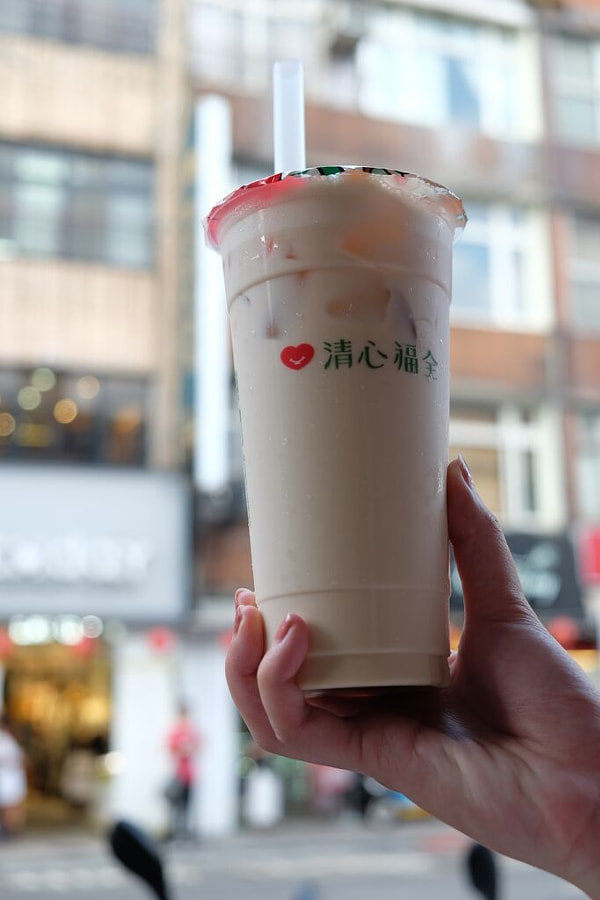 Thirsty from lunch and the heat, we decided to get a Pudding Milk Tea from Ching Shin Fu Chuan 清心福全 which was in the Ximending area. Apparently they feature some healthier drinks and teas, but I don’t think this one was healthy! It was nice and creamy though. Not bad! 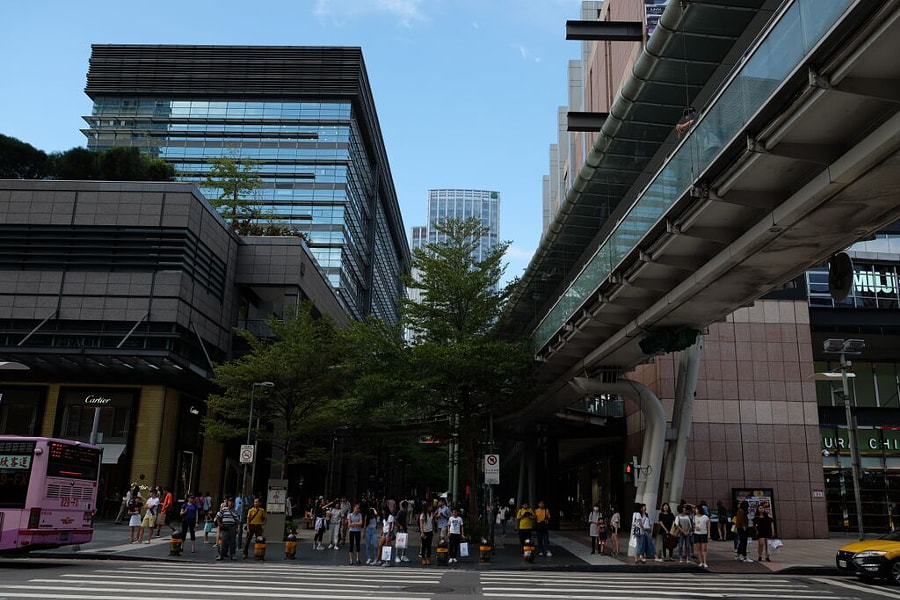 After lunch, we decided to take the train to Taipei Main Station and do some shopping around the area. Shin Kong Mitsukoshi is one of the largest shopping malls with 4 buildings in total in the area. There is low end to high end shopping here. 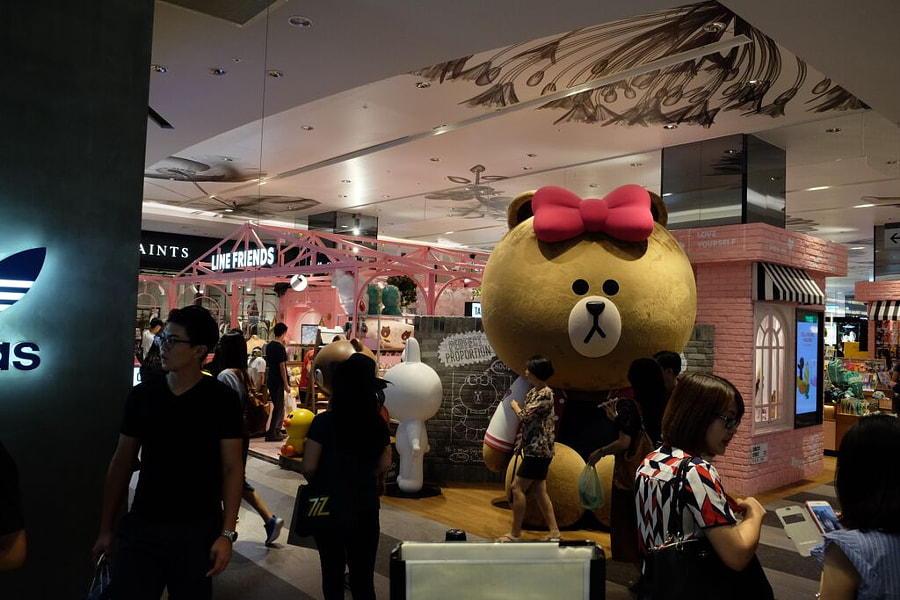 A nearby mall called Breeze also is worth stopping by. Especially if you like Line Friends! They have super picture worthy spots including this large bear! 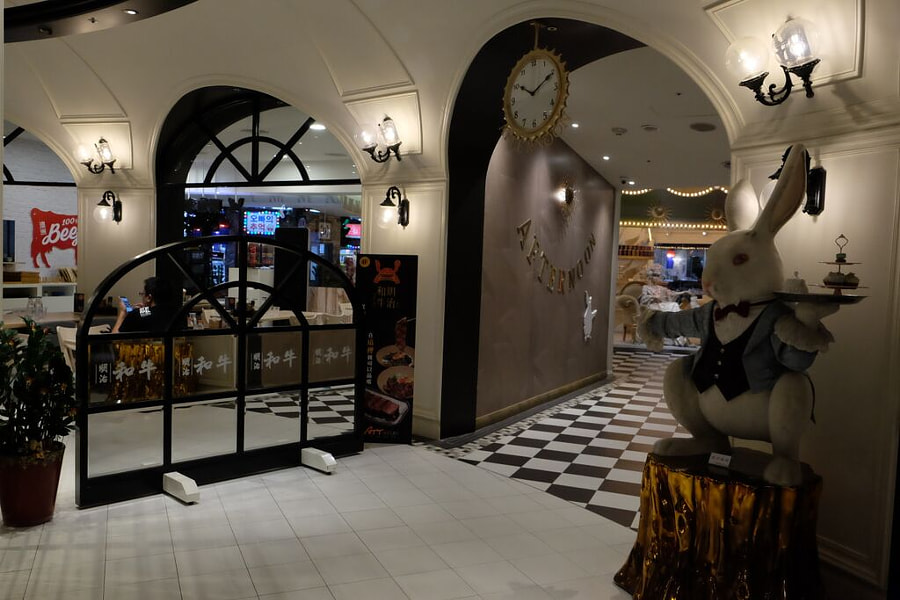 We also wandered to a nearby mall called ATT 4 FUN and on the top floors, they have tons of food and dessert shops. They even had a floor that was Peter Rabbit themed. 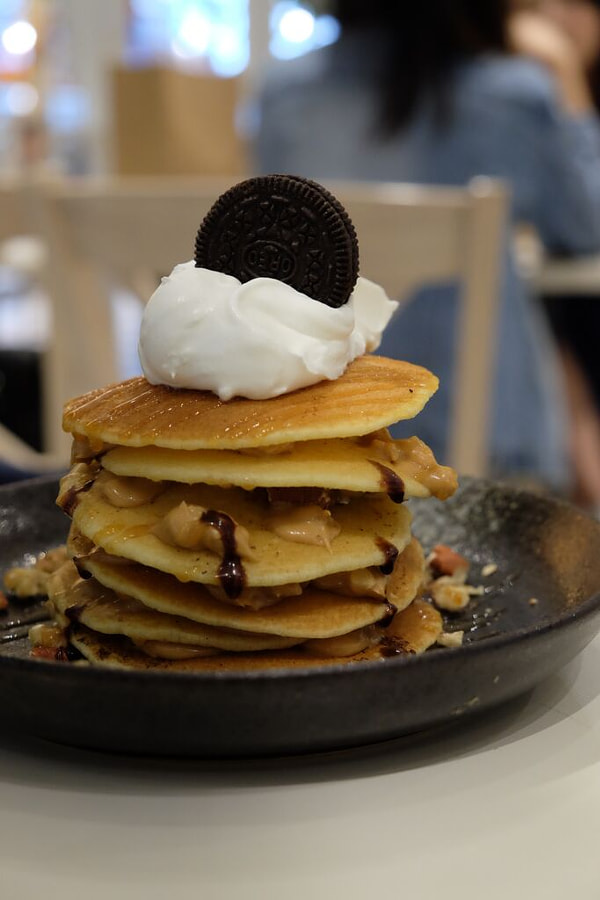 We ended up trying a dessert shop called Bingirl 冰果甜心. We ended up sharing two desserts with the first being an Oreo Peanut Butter Pancake. The portions were pretty big but I found this to be a bit too sweet. The pancakes were okay but nothing special. 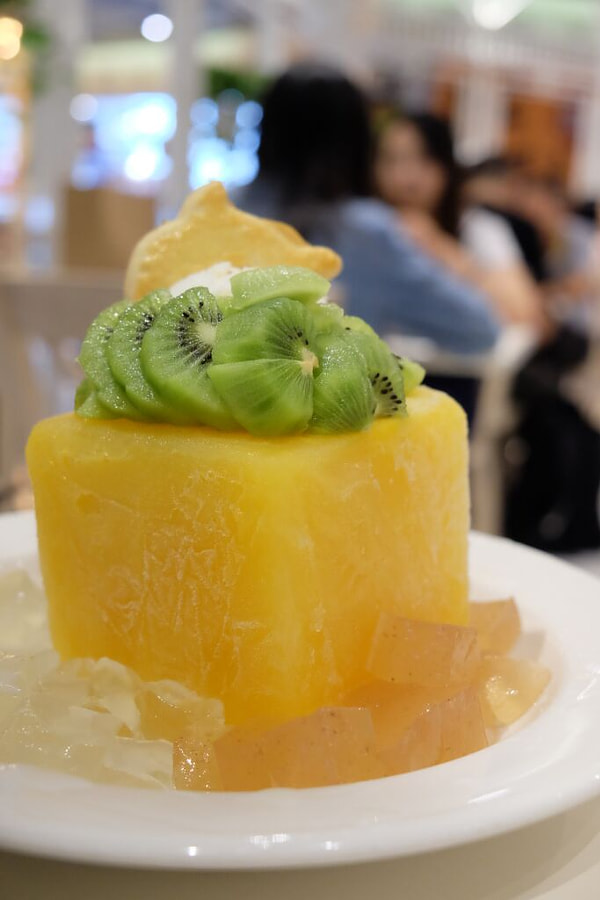 I think the Mango Ice Cube is what they are really famous for though. There are a few other flavours but we chose mango and it is topped with kiwis and lots of aiyu jelly on the bottom. It is literally a giant ice cube of mango juice. Think of shaved ice texture but it’s been solidified! it’s also topped with a scoop of vanilla ice cream. We definitely got a brain freeze from this and it’s a bit too much for two. I’d say two desserts would be good for sharing between 4 people. 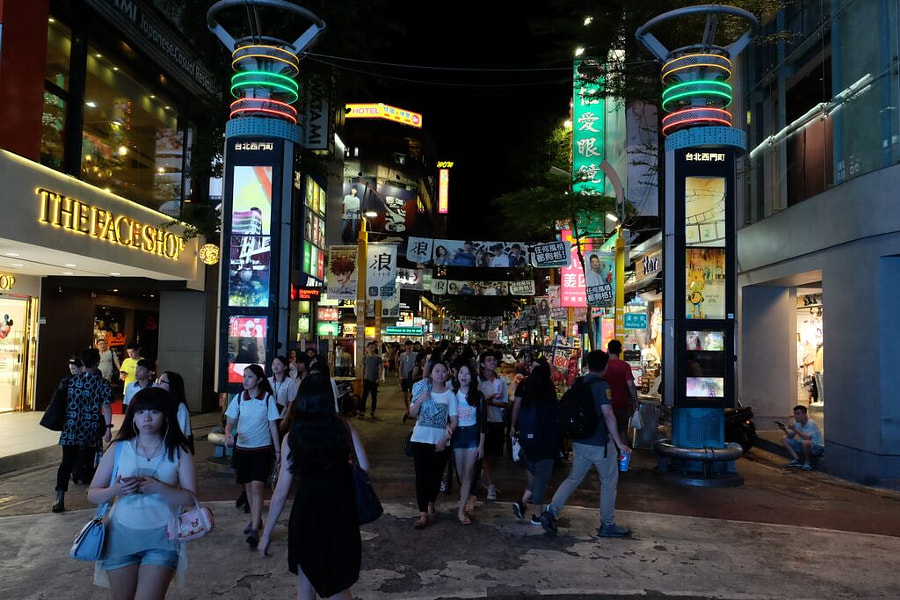 After dessert, we hung out with my friends for a bit at the arcade before looking for a quick dinner in the Ximending area. As we wanted something quick, we ended up getting some street food. 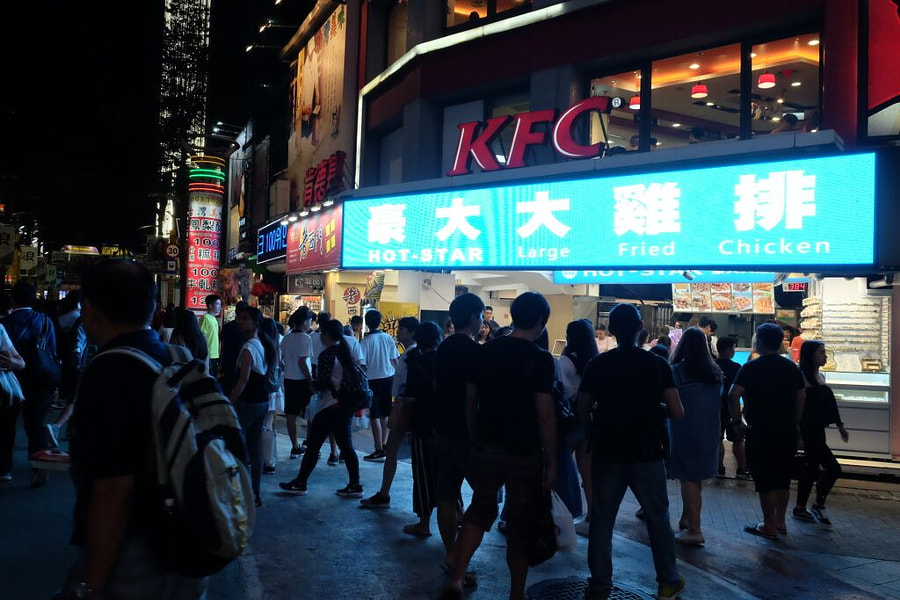 Hot-Star has a large outlet in the Ximending area and always has crowds. They are famous for the large fried chicken and is one of S’s favourites. I cannot wait until they open the store in Vancouver! 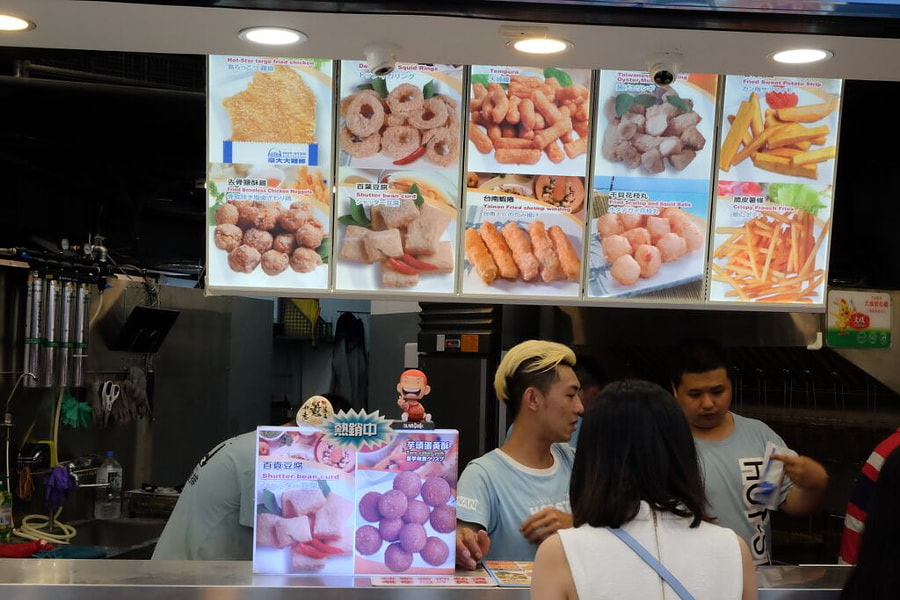 Other than the large fried chicken, they also have various deep fried snacks. We tried the cuttlefish balls and mushrooms before and they were both very good! 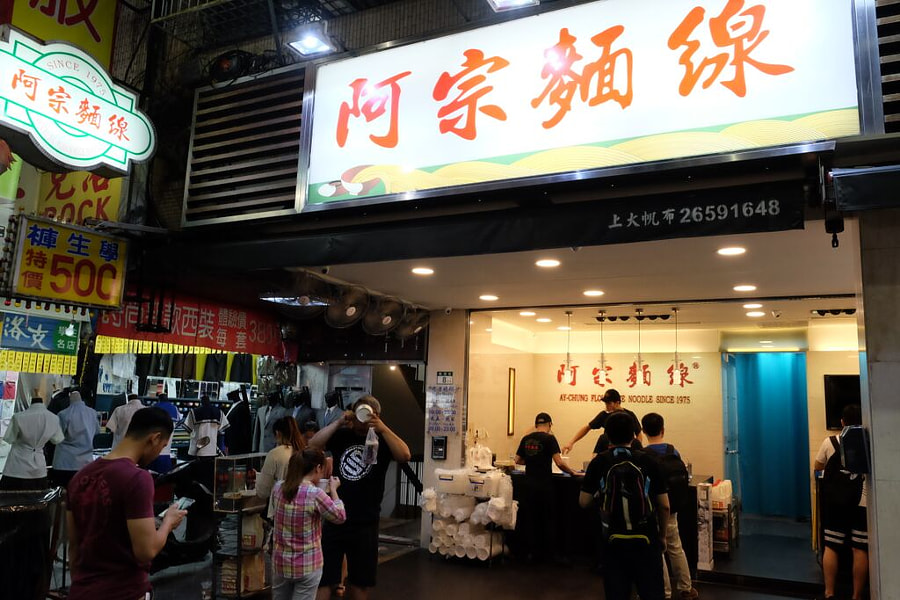 A trip to Taipei also means checking out Ay Chung Rice Noodles 阿宗麵線. They are also located in Ximending but a bit away from the busier streets. There aren’t many chairs, so most people will just stand in front of the store to enjoy their food. 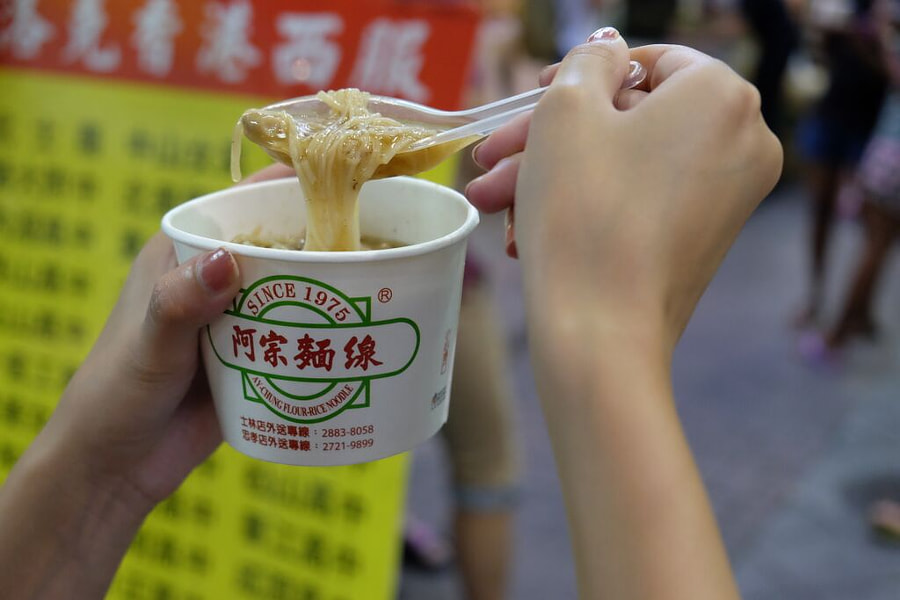 The rice noodles are in a savoury broth mixed with intestines. We actually don’t eat the intestines just because we aren’t a huge fan, but the noodles and broth are absolutely delicious. To be honest, these intestines are also not bad as they don’t have any pungent taste to them. Just chewy, but the fact is I know what it is, so tend to stay away from them!

After our quick dinner, we headed back to our hotel to grab our luggage and headed to the airport. And that’s a wrap on our trip to Singapore and Taiwan! Until next time!