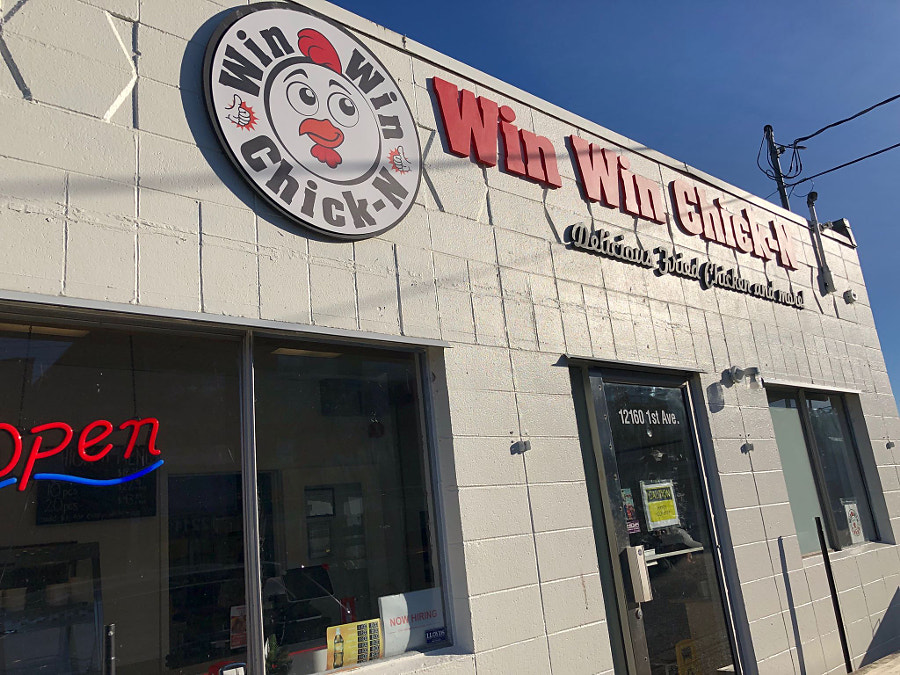 Win Win Chick-N opened up late last year in Steveston Village. The storefront doesn’t look anything too special and is tucked away on First Avenue, away from the main tourist area. It’s definitely more a take away stop as there is only counter seating against the window. Luckily, when we went, there was only one other couple eating in, so we were able to get a seat. 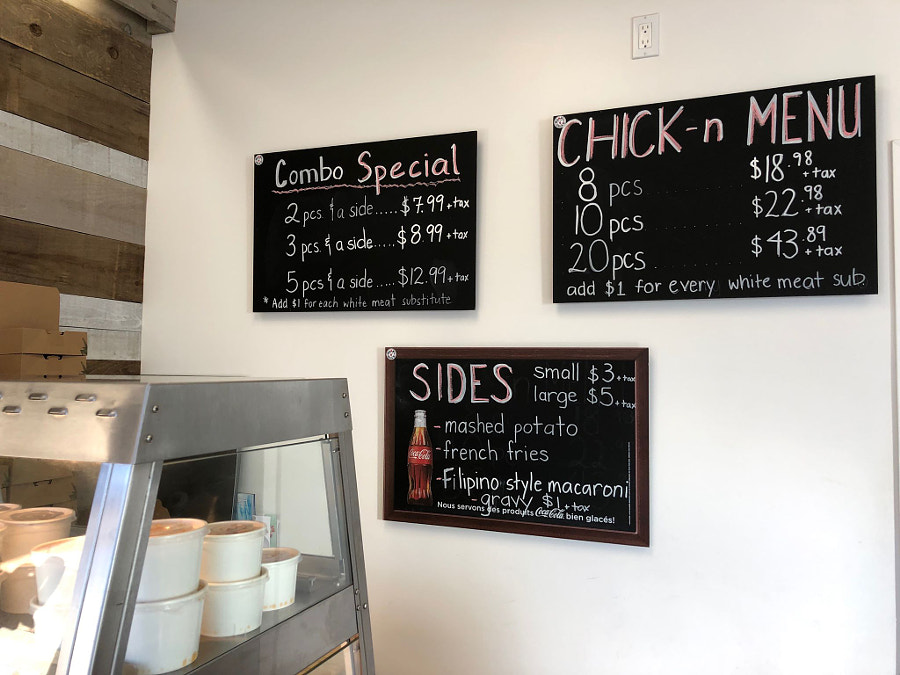 The menu is simple with fried chicken by piece or as a combo. There are also a few side dishes available and I believe they have since added some ube cake desserts to their menu. Prices are around the same as Church’s Chicken but the portions are much smaller, so these do come at a premium cost. 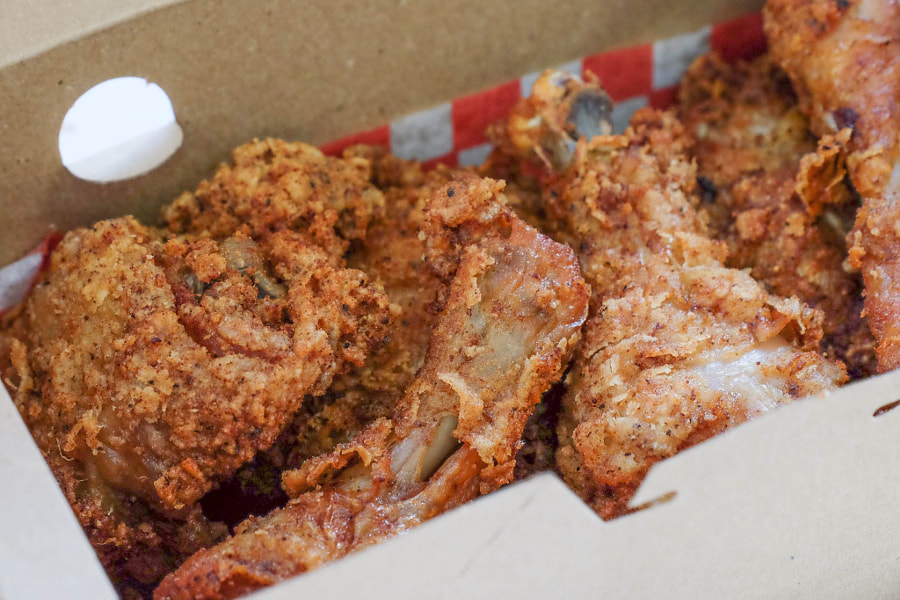 5 piece plus a side

We decided to go for the 5 piece combo as that’s what we would normally get at other fried chicken stores. However, we were surprised at how tiny the chicken were. Definitely left us a little hungry as I think this would be good for one hungry person. We noticed they actually gave us an extra piece though, so that was definitely a nice surprise! I also later learned that their chicken is raised locally so that’s always a plus. Despite the tiny size, the chicken was actually very juicy and the batter had a nice crunch. The seasoning had a bit of a more Asian flavour to it but was not overly salty. 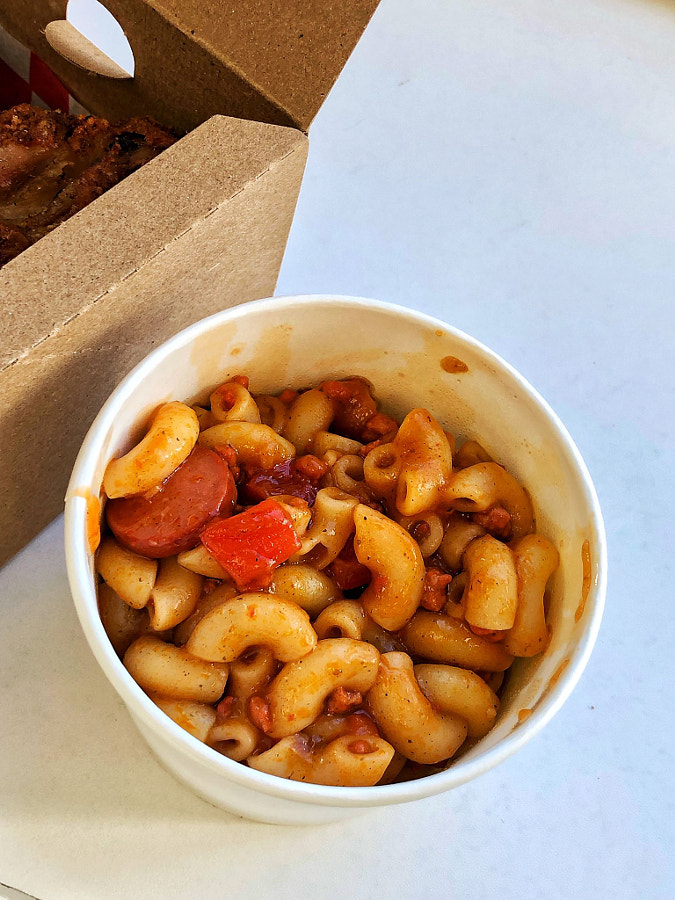 We got the combo with a side of fries which weren’t anything too special. However, as the chicken pieces were quite small, I decided to also get a small side of Filipino Style Macaroni. You don’t often see this at fried chicken shops and I heard this is quite tasty. The pasta is mixed with ground pork, sausage and some tasty banana ketchup which gives it that sweet tang. I actually really enjoyed this as it tasted very homey and comforting. 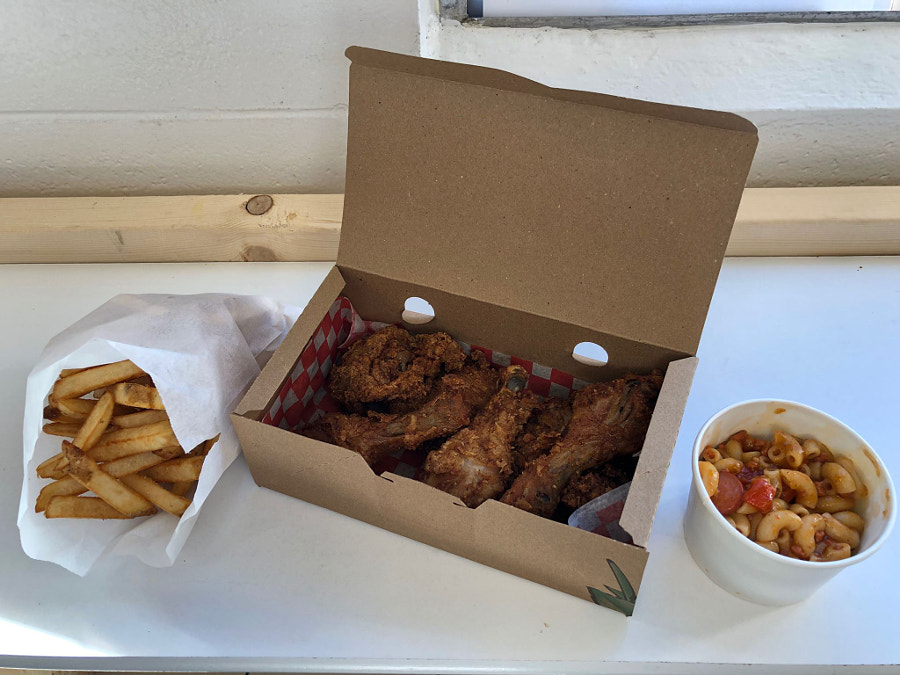 Overall, if you’re in the Steveston area, I’d definitely suggest stopping by Win Win Chick-N to give it a try. I wouldn’t suggest taking these to go if you’re eating it much later though as I think these will get soggy after a while. The chicken is also generally made fresh but we did notice some were sitting in the warmer. I think I still prefer LA Chicken in Richmond, but this is a nice change as well.

Pros:
– Chicken is juicy and has a crispy batter
– Filipino Style Macaroni is sweet and tangy

Cons:
– Seating is minimal and not very comfy (more of a take out spot)
– Portions are a bit small