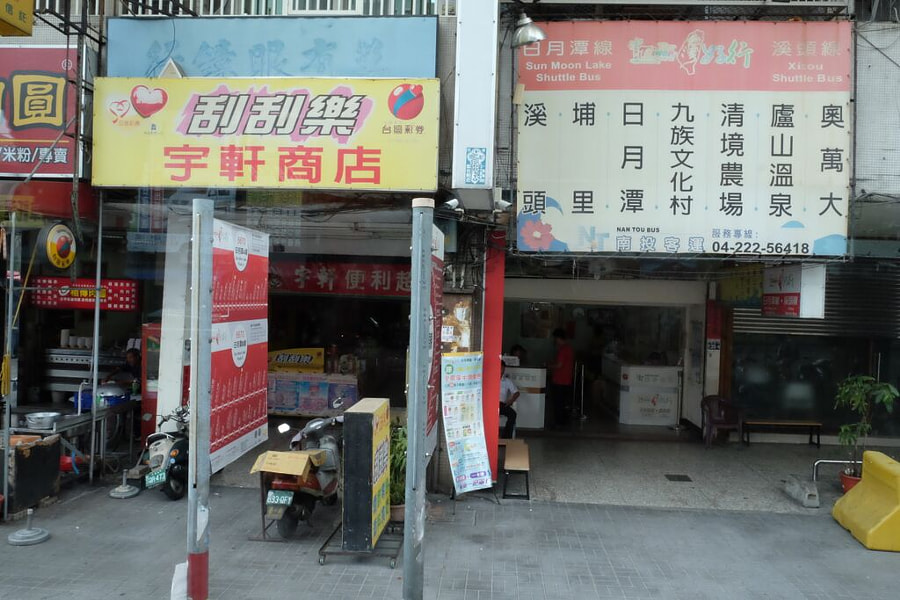 The next morning, I woke up not feeling well. This sort of ruined our plans as we spent the morning looking for medicine and trying to rest up. There are many attractions that are nearby Taichung but require you to drive or bus for a significant time to get to. One of these included Sun Moon Lake 日月潭 and this was actually the sight we decided to go to that day. As it takes around 2 hours by bus, we had planned to leave in the morning to make the most of our time. But since I wasn’t feeling well, we ended up leaving around noon.

If you have a group of 4, I suggest looking into hiring a private driver for the day. They can drive you to multiple attractions and honestly doesn’t cost too much. However, as were only a group of 2, the best option to get to Sun Moon Lake was to take a bus. If you get to Gancheng Bus Station, you can take the Nantou Bus to Sun Moon Lake. The first bus runs at 7:45am with the last bus at 7:45pm. Be warned that the last bus back to Taichung from Sun Moon Lake departs at 7:25pm so plan wisely. The bus costs $360 NTD roundtrip and takes just under 2 hours. Look for the above shop and purchase the ticket from the staff. They can be a bit pushy to sell you some VIP type of bus, but just be persistent. They also sell some packages which includes boat tours and bike rentals, but because we arrived so late, we weren’t even sure how much time we would have. We ended up just buying the bus tickets to be safe. 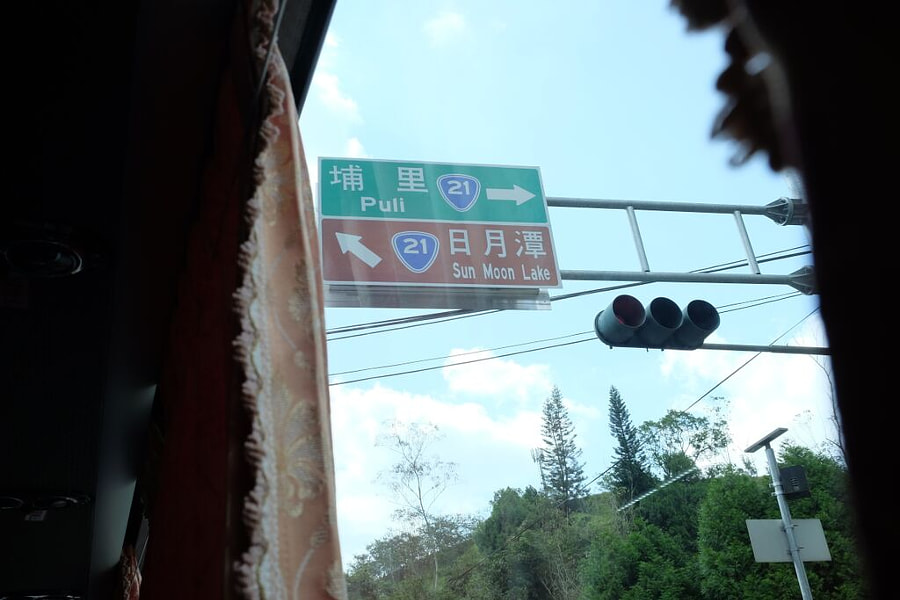 The bus ended up being quite comfy. It’s essentially a charter tour bus so you can even bring luggage on if you decide to stay at the lake. 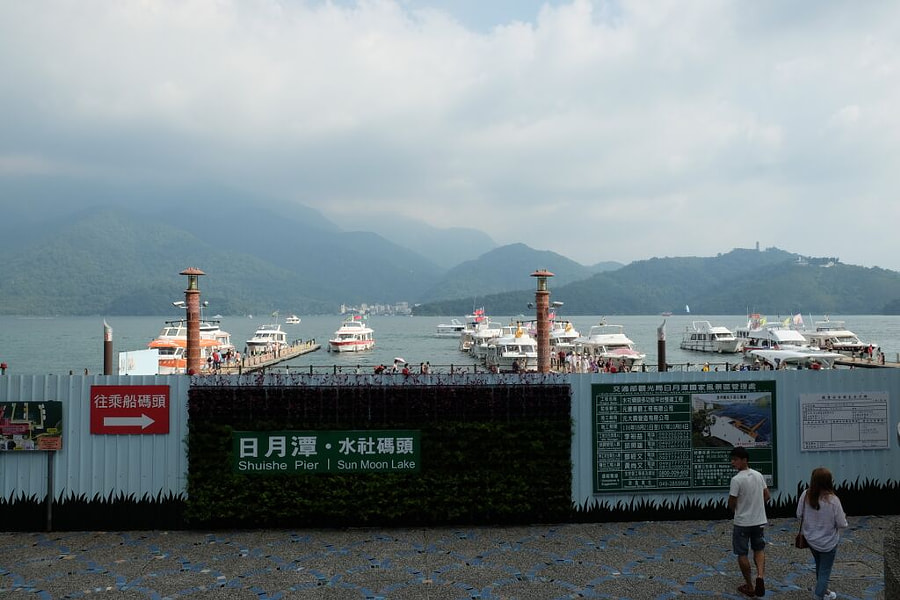 Finally, we arrived at Sun Moon Lake! The bus will drop you off at the Shuishe Visitor Center so you will need to make your way towards Shuishe Pier. We ended up grabbing a quick lunch at MOS Burger which is located upstairs in the visitor center. 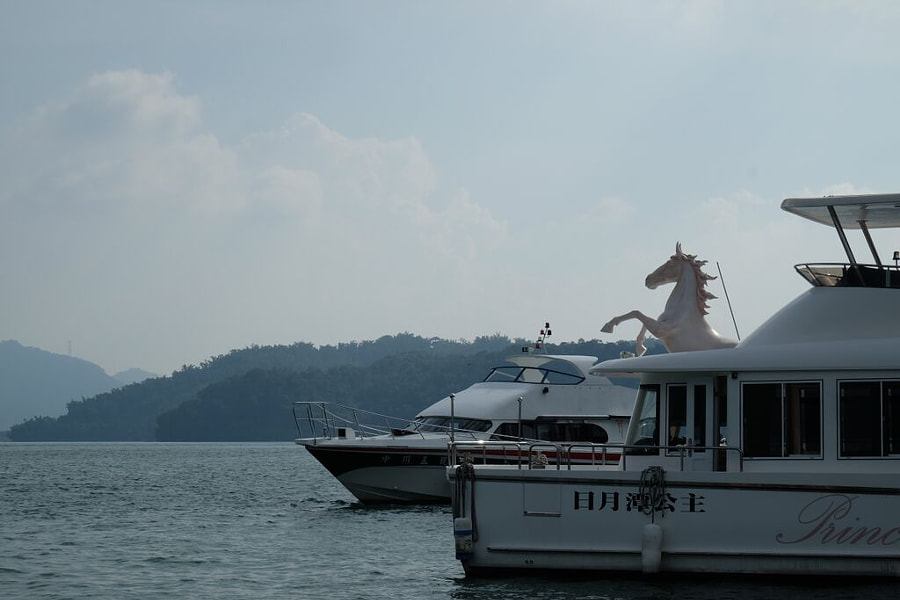 The best way to explore Sun Moon Lake is probably to take one of these boats. If you purchased a package at the bus stop, you’ll likely have vouchers ready and can head straight to the boats. Since we were undecided earlier, we ended up just buying the boat tickets at the visitor center. The boat will take you to the three major piers – Shuishe, Xuanguang, and Ita Thao. A roundtrip costs around $300 NTD and I recommend taking the boat as you can hop on and hop off. I suggest getting the ferry timetable though as boats only come at select times despite a pier to pier ride only taking 10 minutes. If you miss getting on at a pier, you may wait up to 30 minutes before the next boat comes. I think another great way to explore the city is to rent a bike which is available at the visitor centre. I had originally wanted to do this, but due to the heat and also how late we arrived, we decided the boat option was more suitable. However, they have a very nice biking trail here, so perfect if you want a bit of exercise! 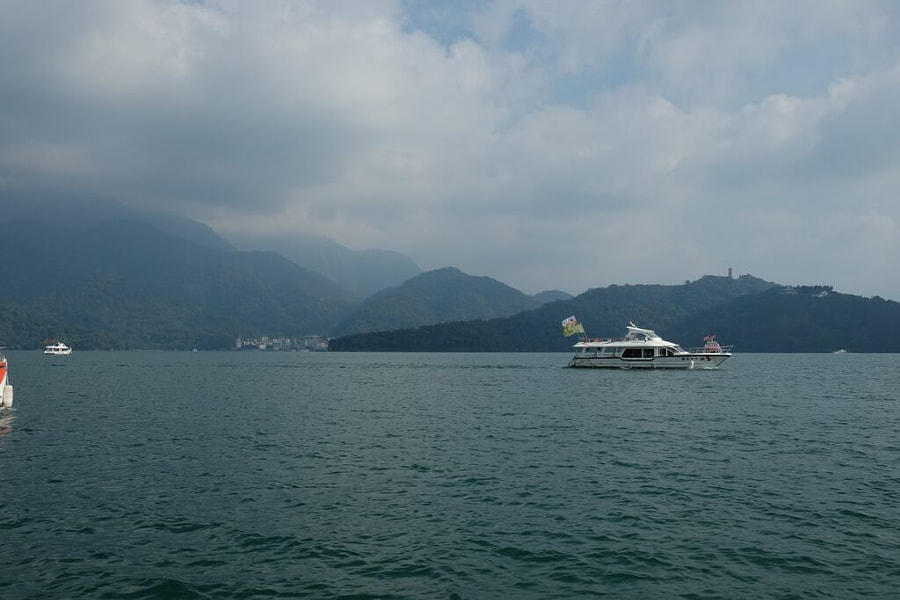 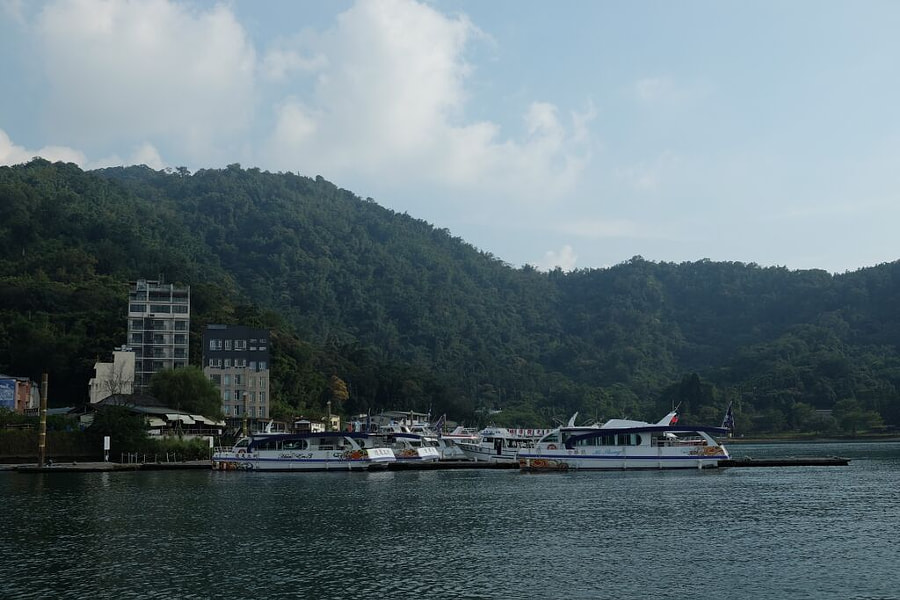 To be honest though, S and I personally were a bit underwhelmed. I had saw pictures online of the lake but after seeing it in real life, I felt that the pictures were edited or filtered. The lake was not as blue as I imagined. Especially coming from Canada, we felt this was nothing close to the lakes we have back home. However, I think it is worth coming if you have some time as it’s a nice getaway from the busy city. I agree that it was still beautiful, but it just didn’t live up to our expectations we had in our mind from the pictures online. 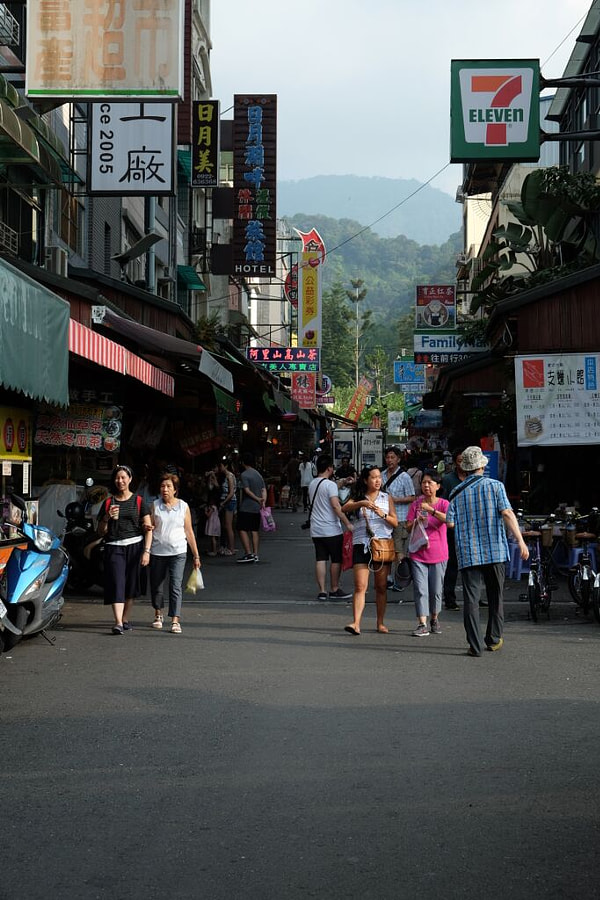 The first pier that you will arrive at is Xuanguang Pier. There isn’t much to do at this pier but the Xuanguang Temple but since we weren’t too interested at looking at temples, we decided to stay on the boat and skip this pier. Instead, we went to the last pier which is called Ita Thao Pier. There is a lot more to do at this pier as this was where the old village of the aboriginal Thao people of Taiwan used to be. Now, there are lots of street food and shopping along Ita Thao Shopping Street. If you want to take the Sun Moon Lake Ropeway, which is a cable car that goes across the lake, you will also need to embark here. 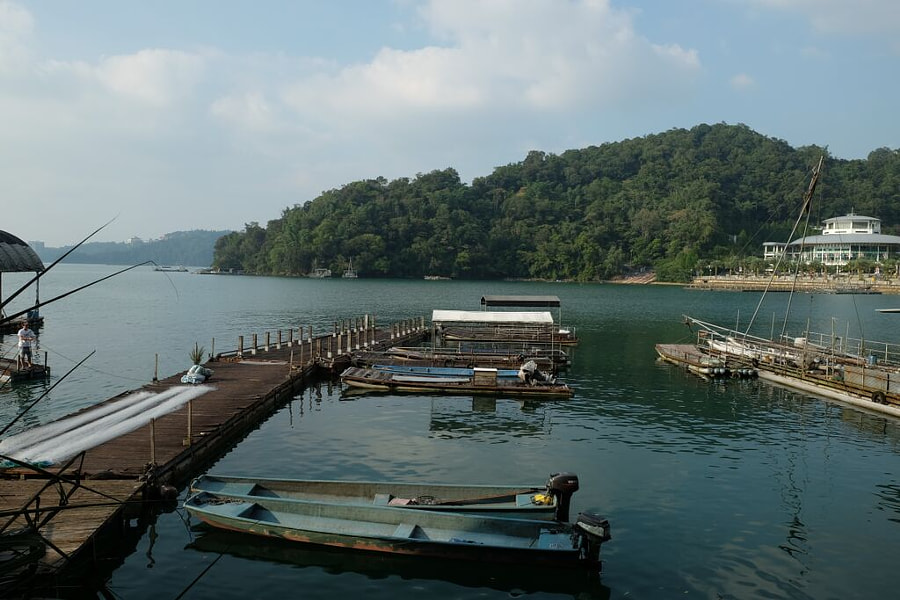 As we wandered away from the tourist shops, we found ourselves at a beautiful spot by the water. Quite picturesque! 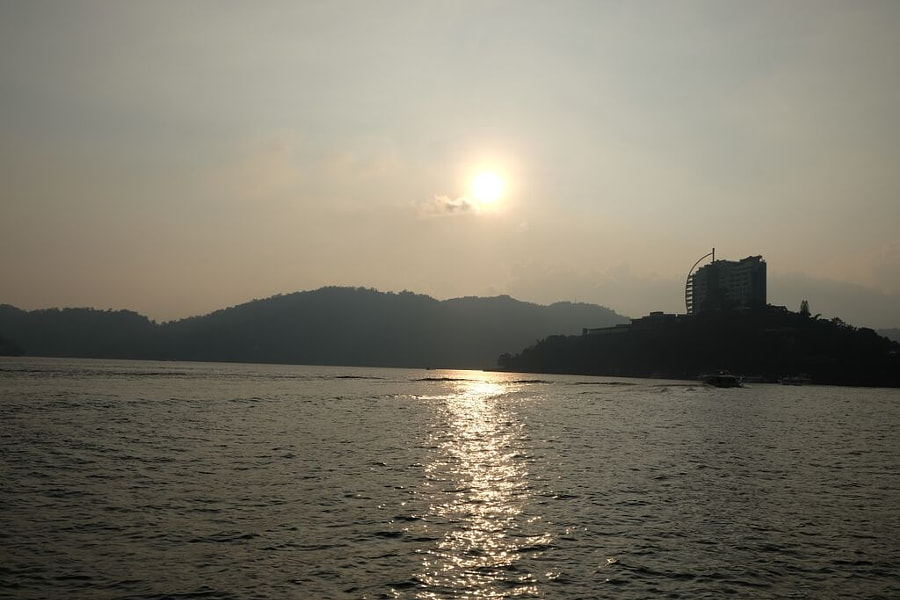 As we took the ferry back to Shiushe Pier, we got to enjoy the sun beginning to set. Despite the water not being as blue as we imagined, it was still a memorable and fun spot. We only wished that it wasn’t so hot that day! 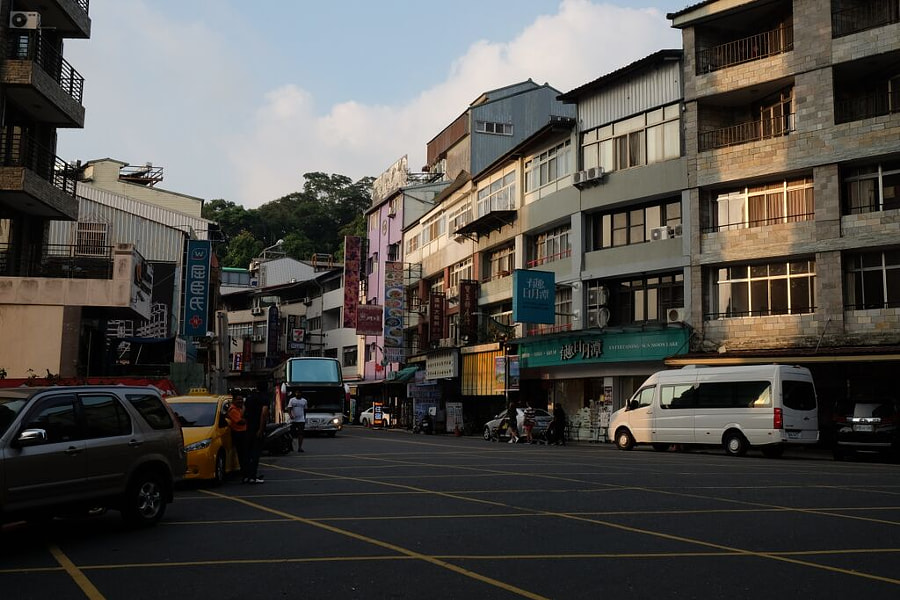 Walking back to the visitor centre to catch the bus, you’ll pass some shops and homes. Nothing else much to do around here though. 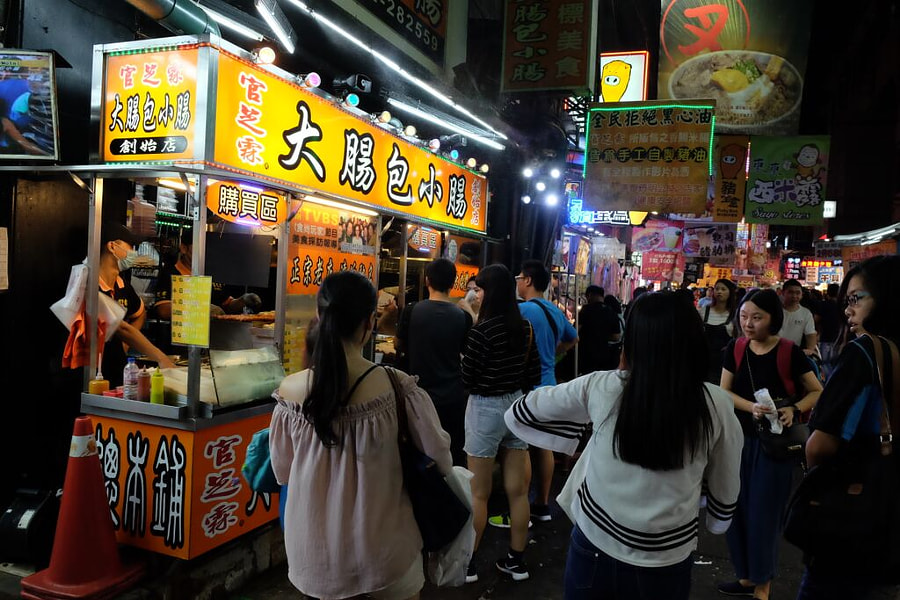 When we got back to Taichung, it was already dinner time. We decided to head back to FengJia Night Market 逢甲夜市 as there was so much to see and eat! We decided to try the stall that sold Big Sausage Wrapped with Small Sausage. I had heard this is a famous Taiwanese snack! 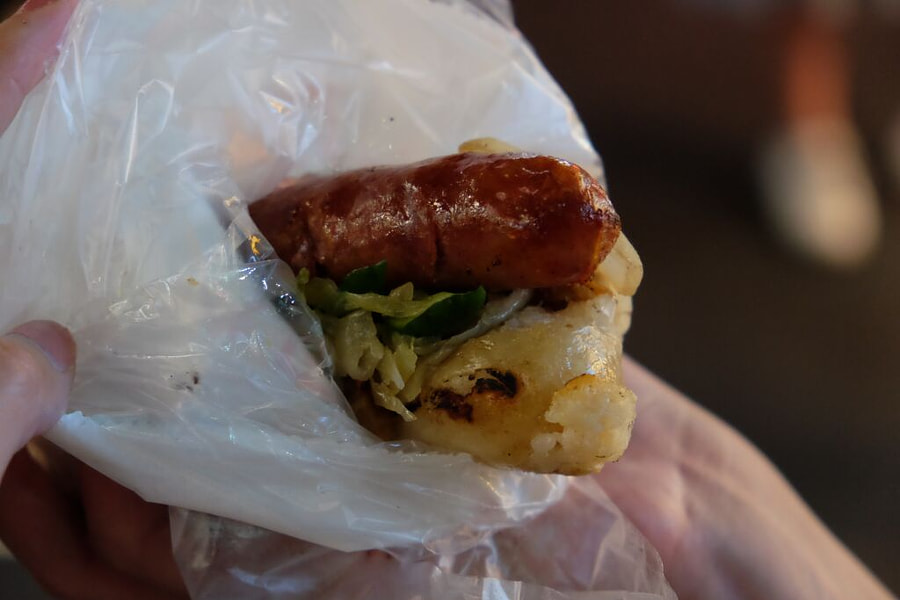 It is essentially a glutinous rice wrapped around a sausage with some pickled vegetables. It was pretty good especially since it was piping hot! 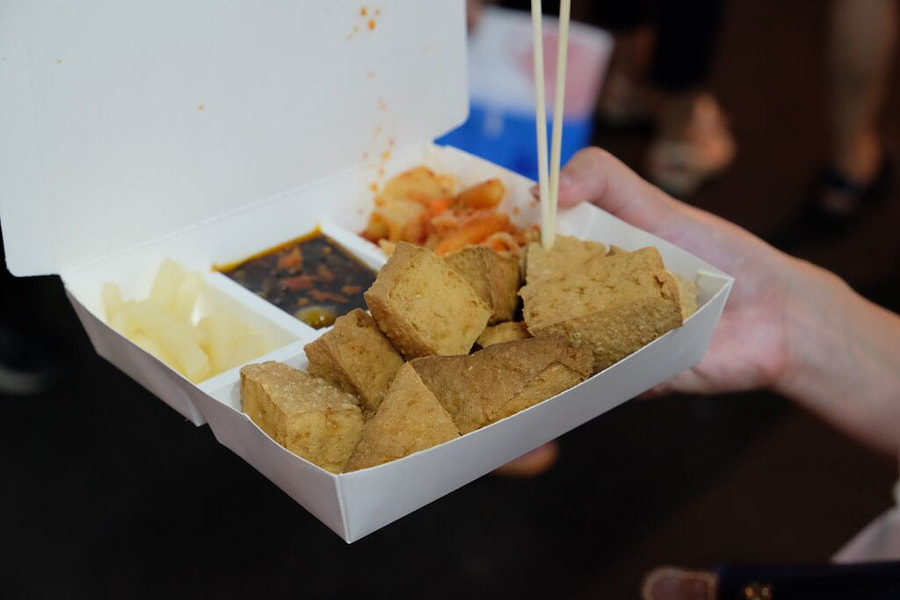 Of course I had to get stinky tofu, but this stand sold Red Tea Stinky Tofu. Apparently, they soak the tofu in red tea before they deep fry it. A box comes with some pickled veggies, stinky tofu sauce which is slightly spicy, and a side of kimchi. I thought the tea flavour wasn’t super strong but you could definitely taste some of it. I liked how you could dip the tofu in with as much sauce as you wish as it was served on the side. Also, I loved how kimchi was a side dish! 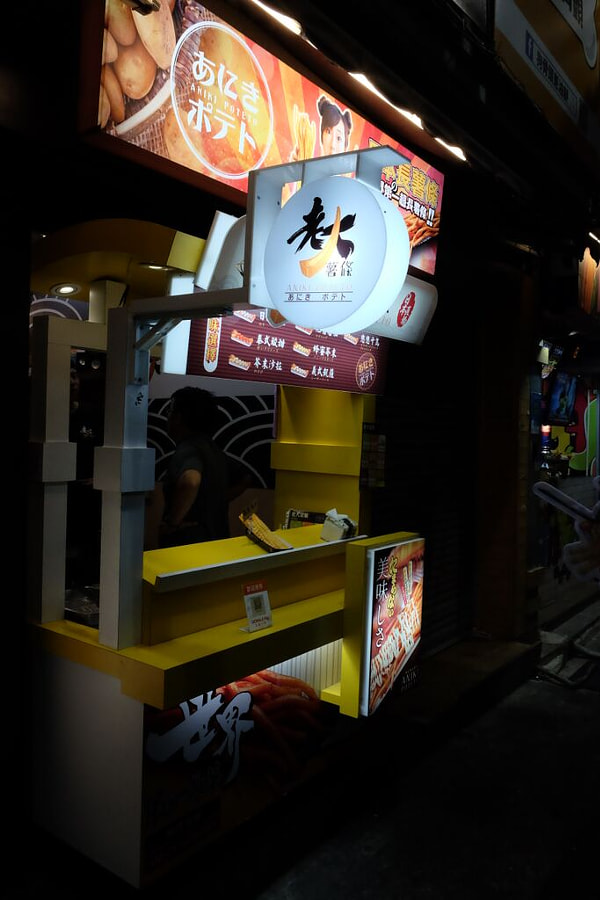 Aniki Potato sold 30 cm long fries! You can choose to drizzle different sauces and toppings on your fries. 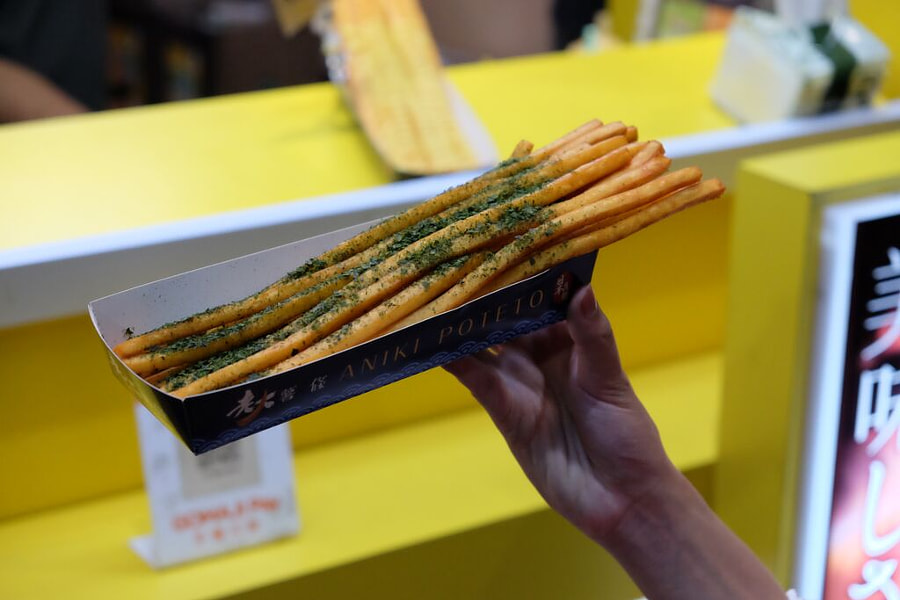 We chose the Fries with Seaweed Powder. However, we didn’t end up enjoying these. I think if we chose one with some sauce on it, they would’ve tasted better since these were a bit dry and flavourless without sauce. 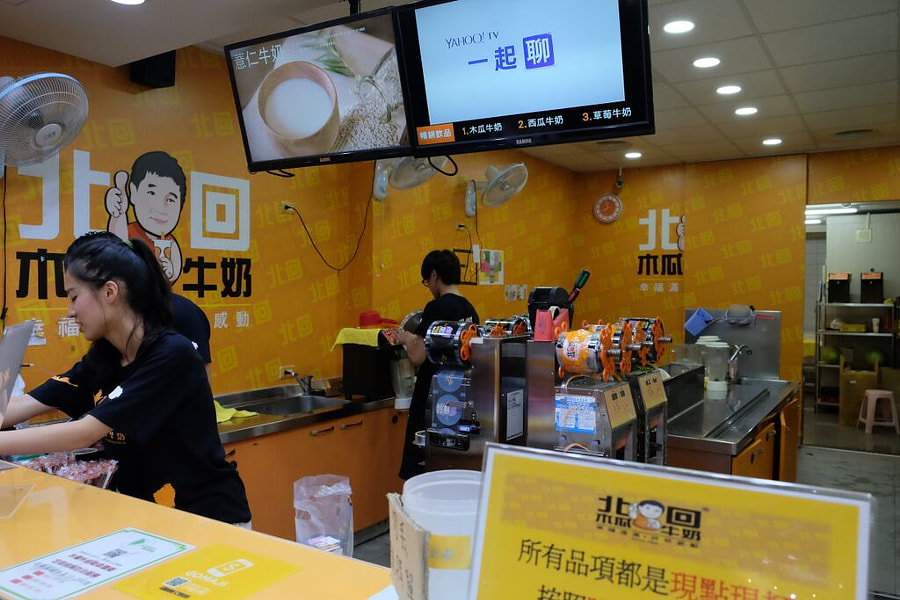 And to quench our thirst, we went back to Bei Hui Papaya Milk to get their signature Papaya Milk again. It’s so good!

That concluded our last night in Taichung as we decided to head to Taipei for the last leg of our trip. There were still quite a few places I wanted to visit in Taichung, but honestly, the transportation isn’t very good to get around. To hire a private driver for a group of 2 is also a bit pricey. I suggest visiting Taichung with a larger group so you can rent a driver to take you around at a more affordable price. The FengJia Night Market was definitely one of my favourite night markets in Taiwan so far though!