Located on West 10th, I feel like Takumi is a bit of a hidden gem. I probably would’ve never known about this Japanese restaurant until K suggested we go try. It’s Japanese owned and offers authentic Japanese cuisine. After ordering, we were given a complimentary appetizer. It was a Burdock Root Salad, which I absolutely loved. It was nicely seasoned with some sesames, and had a great crunch to it. 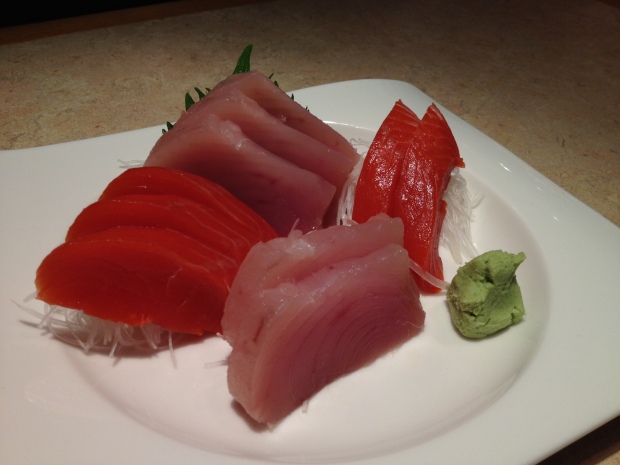 Next, we ordered some sashimi. We chose Sockeye Salmon and Albacore Tuna. Each order came with 5 pieces. They were sliced at a good thickness and was very fresh. I did find that their sashimi was a bit pricey though, but it was well worth it. 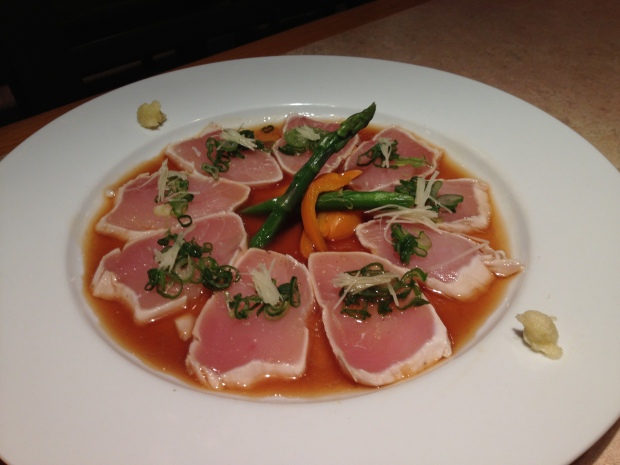 Another appetizer we ordered was the Tuna Tataki. The tuna was very fresh and lightly seared on the sides. The dish was topped with carrot, ginger, green onion and the Chef’s original Yuzu sauce. 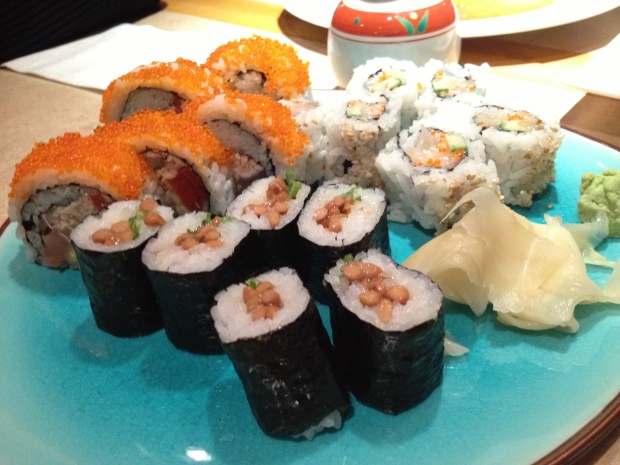 And then came our rolls. In the front were K’s favourite Natto Maki. Behind, we have Takumi’s House Special. This was filled with salmon, tuna, crab, egg, tobiko & avocado. It was then topped with more tobiko. These were huge rolls and they definitely didn’t cheap out on the fillings. I really liked this roll! Also, we ordered my favourite Chopped Scallop. Also very fresh and filled with lots of scallops. 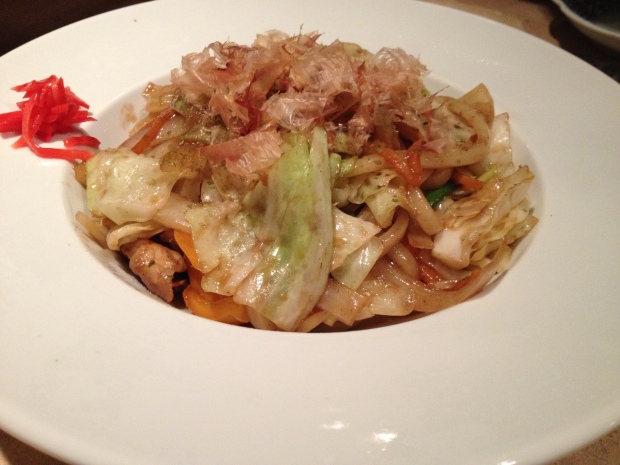 Lastly, we got the Yaki-Udon. We had it without pork since K is vegetarian. It was filled with lots of veggies and very flavourful. I wouldn’t say it’s the best though. My favourite is still the one at Guu.