Suika Snackbar reminds me of Guu, and is also always packed. We had our girls catch-up dinner here and the food didn’t disappoint. We got a pitcher of the Suika Mojito, which is basically watermelon flavoured. Super refreshing and delicious! 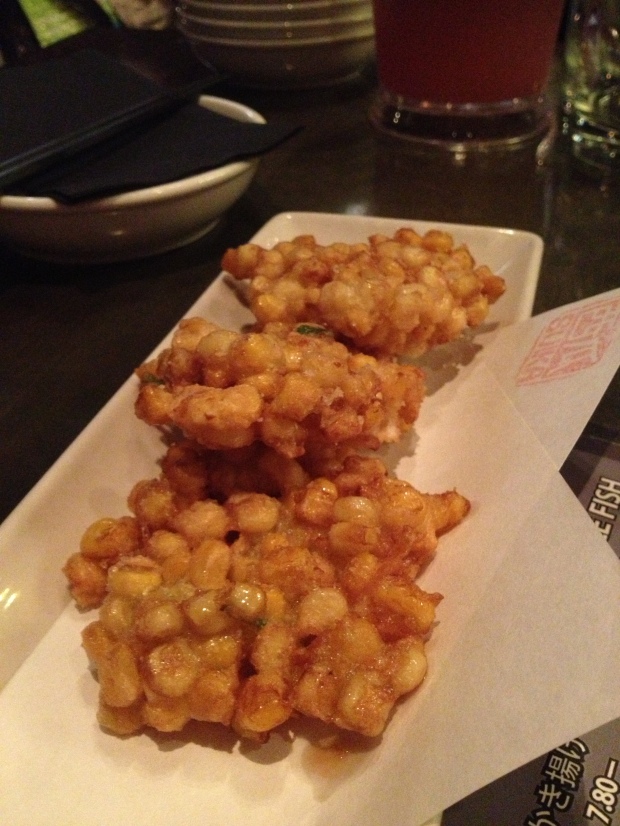 We started off with the Corn Kakiage, which was basically pieces of corn that had been battered up and deep fried. It was seasoned with a soy sauce and butter. Everyone enjoyed this! You get a nice crunchy batter on the outside, but the corn is still soft inside. 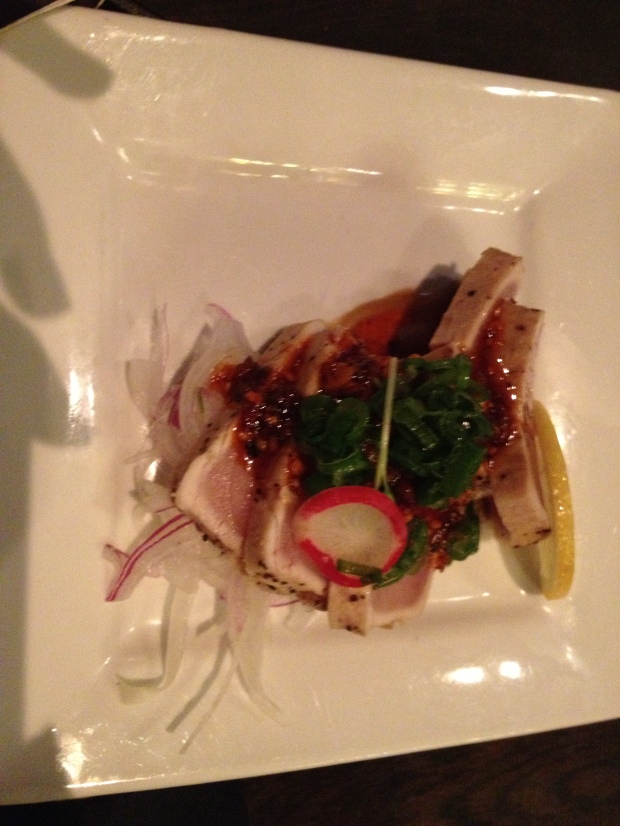 Next, we had the Lightly Smoked Tuna Tataki. I found the portions to be a bit small, but regardless, it was still extremely fresh with a great texture. It came with a home made chili oil and was placed on top of sliced onions.

We also got two dishes of their sushi. Well, they actually only offer two types on their menu. First, was the Aburi “Shime-Saba” Sushi. Essentially, seared saba or mackerel, and this was done as a pressed sushi. Seared meant that it had been lightly torched. It came with a mustard soy dressing, so no extra soy sauce was needed. The fish was fresh and the dressing was extremely flavourful. Sometimes I find that saba has a fishy taste, but the dressing covers that up.

The second sushi we ordered was the Aburi Toro Battera, and this was my favourite. Since it was toro, the tuna was so fatty. With the tuna being seared, the tuna’s fatty oils came up so it was extremely smooth in the mouth. Again, it was pressed in a box shaped, and came with a home made soy dressing and seaweed sauce. This time, I didn’t find that the sauce was too overwhelming, so you could taste the freshness of the fish.

Lastly, M suggested we try the Dynamic Steak. It was priced at $38, so I initially felt like it was quite pricey. However, when I saw the steak, I was in awe. It was humongous piece of steak! On the menu, it states that it is “W” Lbs – not exactly sure what that means. I don’t think this picture does it justice. The Rib Eye was enormous! The inside is cooked perfectly to medium-rare, so some of my friends who like their steak well-done were grossed out by how pink it was inside. I, on the other hand, loved the juiciness of the steak and thought it was excellent. I’m surprised they could handle cooking such a huge piece of steak. It was dressed with a wasabi, soy & garlic sauce, which gave it a Japanese flare. 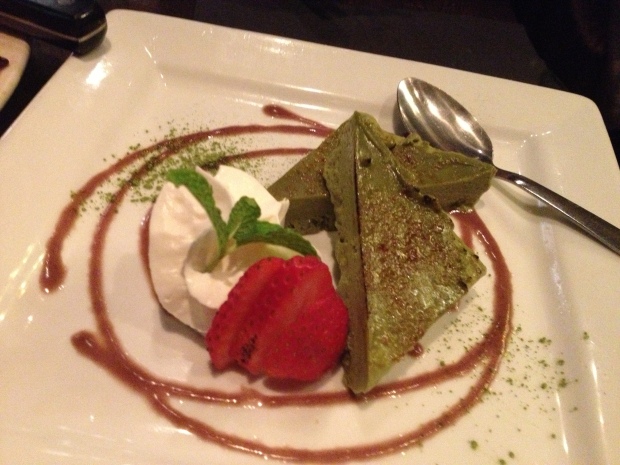 Lastly, I had to get my all time favourite dessert from Suika – the Matcha Brulee. It’s basically “frozen” matcha creme brulee, so it almost tastes like you’re eating matcha ice cream. Topped with some whipped ream and a bit of red bean sauce, this was the perfect way to end our meal! Always a fun time at Suika!