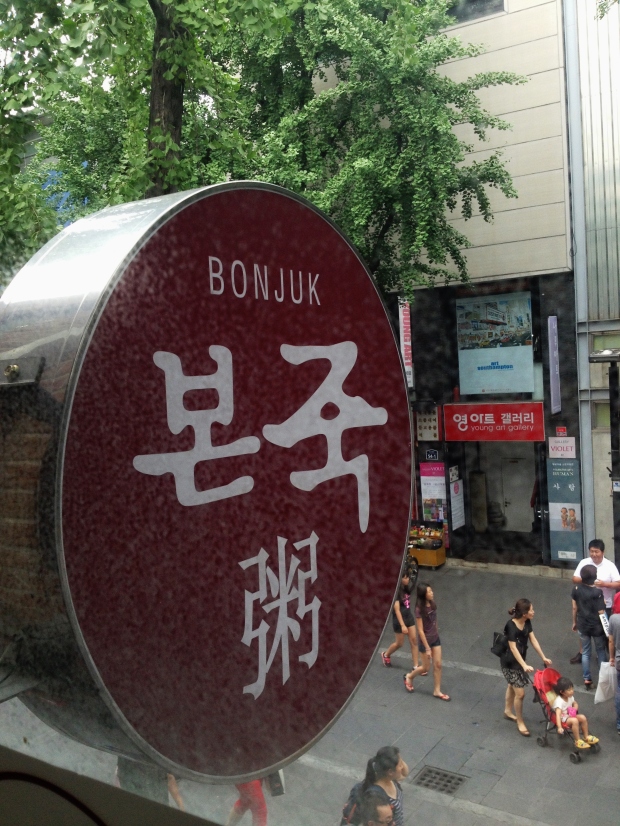 Bonjuk is a chain restaurant that mainly sells Juk, which is a Korean rice porridge. Rice porridge used to only be eaten when you’re sick or if you’re a child due to its easy digestibility, but today, it is a dish that’s part of casual dining. We went to the one closest to our apartment, which was on the main tourist street of Insadong. 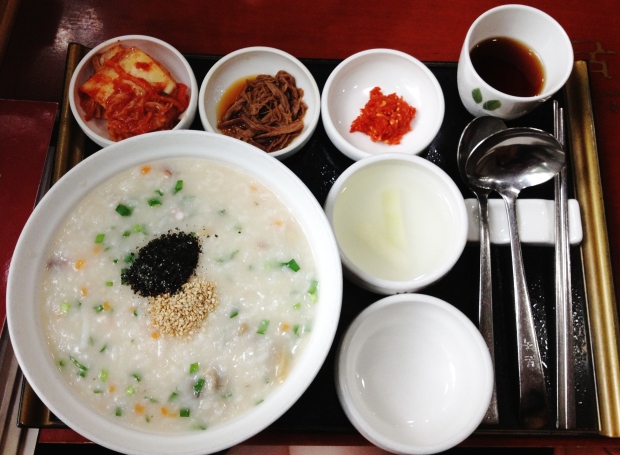 The juk at Bonjuk come in sets. You choose your porridge, and it comes with a few side dishes and a small drink. On the very left was kimchi. Next, shreds of marinated beef which was super delicious! We added this to our porridge. The flavour of the beef is super addicting! Next to that is a bit of chili paste which you can add to your porridge to bring some spice to it. In front of that is a cold bowl of sweet and sour water with radish in it. The tea is also really good! It’s cold and sweet. I can’t really describe the flavour, but it reminded me of plum juice at Chinese hot pots. For myself, I chose the Seafood Combination Porridge. All porridge come topped with ground sesame and seaweed. I had shrimp, oysters, octopus in my porridge. Extremely delicious and they don’t skimp on the ingredients! The bowl is also huge, so we later realized we could’ve probably shared one between the two of us. 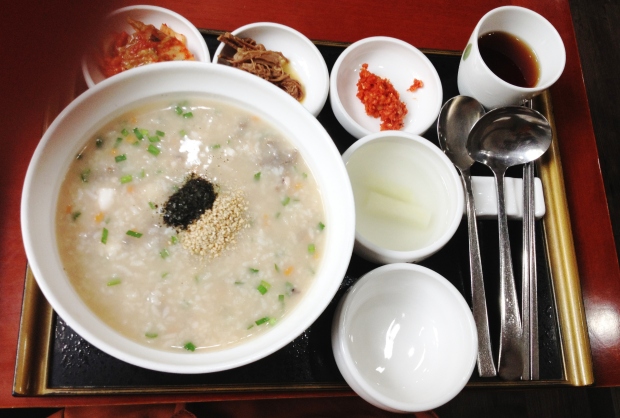 K got the Bulgogi Octopus Porridge. It looks quite similar to mine, except it has more of that bulgogi marinade flavour to it. She was extremely disappointed with the octopus though. It was way to tough and chewy! Probably not very easy to digest even after chewing. She ended up leaving most of the octopus in her bowl. 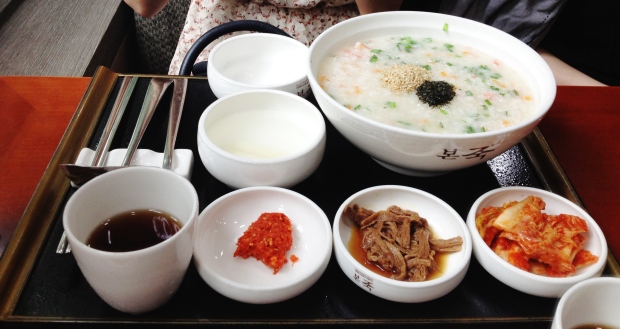 C got the Crab Meat Porridge, which again, looked just like the others. However, you’ll find imitation crab meat in the porridge. 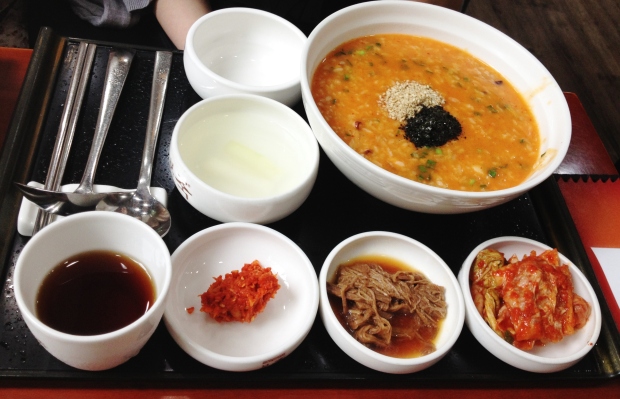 T got the Octopus Kimchi Porridge, which was the only one that looked slightly different. It came in a orange coloured broth. This is basically the spicy version of what K got. Again, her octopus were not tender and ended up being too chewy to eat. She loved the spice of the porridge though!

Overall, Bonjuk is a great place to try Korean rice porridge. It may not be the best, but the quality is always decent. And most of the menu items are under 10,000 won unless you choose the fancy ones that include abalone. Most of us couldn’t finish our whole bowl too. You can take out the rest and they provide you with microwavable containers. Definitely a very good deal, and service was quite good. Comfortable seats too!