After doing some night shopping in Myeongdong (again), we got a bit hungry. At the end of the Myeongdong street, we found a chicken and beer restaurant. We still hadn’t had chicken and beer in Seoul! We decided to go into Chir Chir Fusion Chicken Factory. It had a large selection of chicken dishes. The first level was for smoking, and the second level was non-smoking. The restaurant is actually quite huge and it was very packed. 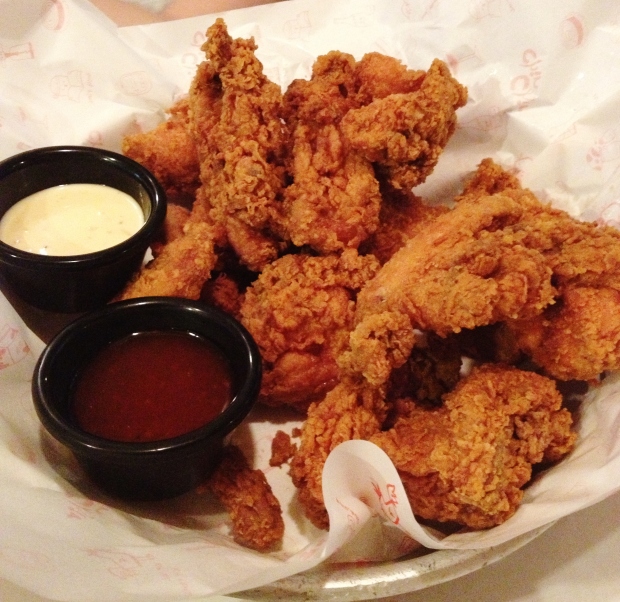 We wanted more of a snack, so we decided to order one order to share. It’s pretty huge! I believe there were roughly 8 pieces of chicken, so it’s perfect for 4 girls. We wanted something original, so we went for the Crispy Classic Fried Chicken. When I saw it, I thought it looked quite similar to KFC’s, but after eating one, I can see why people love their Korean fried chicken! The flavouring is so much more delicious! Plus, it didn’t feel too oily! Lightly battered so that it was crispy. It came with two sauces – a tartar sauce and a sweet chili sauce. It was delicious without the dipping sauces! I liked how it wasn’t too salty, and by the end of the night, I wasn’t even really thirsty. That’s always a good sign! 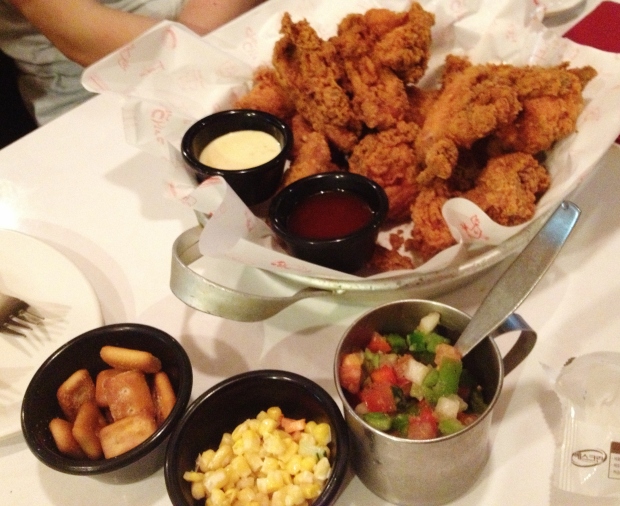 All orders come with some side dishes as well. It came with some salsa (which I really didn’t like because of the cilantro and raw onions), some corn, and some crackers. Wish we had gotten some beer to go with it, but we felt that they priced their beer a bit too high. I guess that’s how they make their money here!