SP, SK and I are always on the lookout to find a new happy hour place. We have our gatherings every few months and we usually go after work, and it’s the perfect time to try new restaurants at a good price. SP is always looking for a deal for drinks too, so what better way than to go for happy hour. This time, we decided to go to The Roof at Black+Blue. Their happy hour is from 2:30-5:30 every day and there is a select menu with 50% off their original price. Select beers, highballs, and featured drinks are $5.

You enter from Black+Blue door and to your left is an elevator which will take you up to the third floor. You’ll arrive with a huge bull facing you. 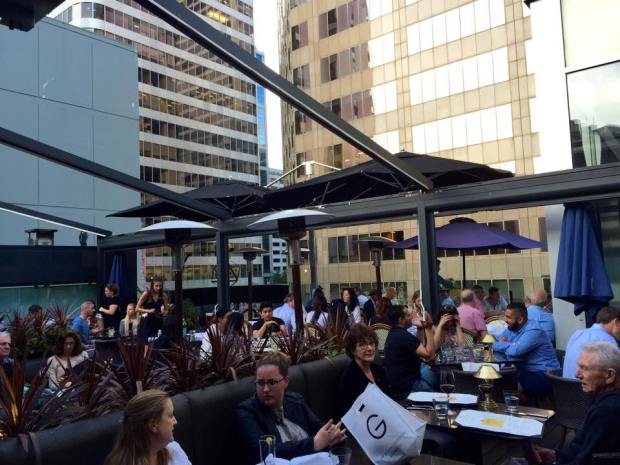 We arrived at 5pm and the place was already bumping. The hostess warned us that we would only be allowed to stay until 7:30pm for happy hour as they have the next group of diners coming in. The patio is awesome but it was also extremely sunny and we were not smart enough to bring our shades like everyone else. The ambiance is nice but not overly fancy. You’ll find a mix of tourists and business people here. 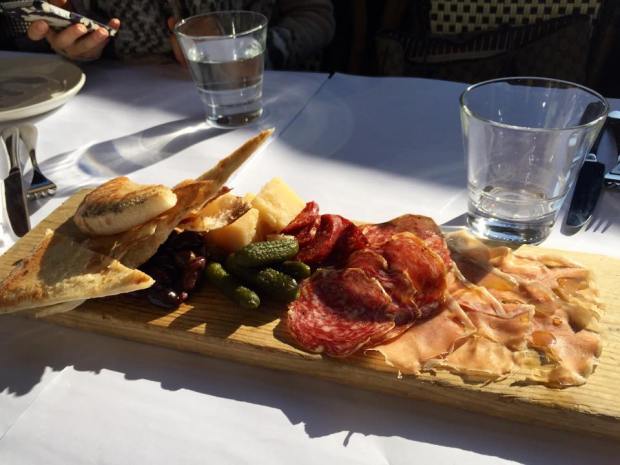 All prices I’ve listed is the regular price, so we got everything 50% off. The Charcuterie came with prosciutto, a selection of salami, parmigiano-reggiano, seasonal marmalade, olives, cornichons, and forno bread. I loved the cheese and the selection of meats were great. A good deal at $9. 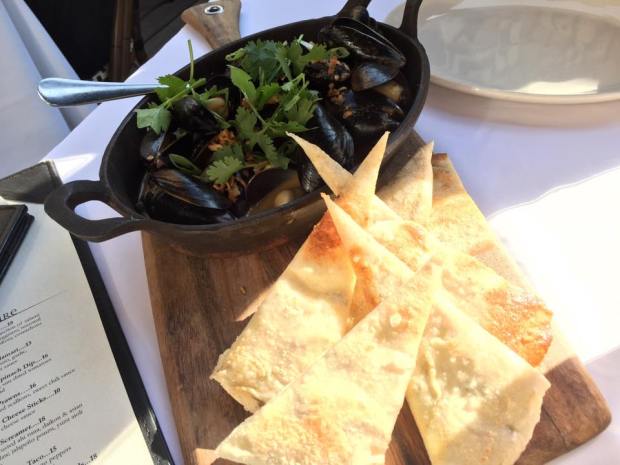 Next up were the Salt Spring Island Mussels which came in a coconut Thai curry broth, cilantro, crispy shallots, and another side of forno bread. These were delicious with the mussels being fresh and plump and the broth having a strong coconut flavour. The broth was great to dip your bead in. We soon realized that all our dishes came with the same bread though and that we were filling up with bread… 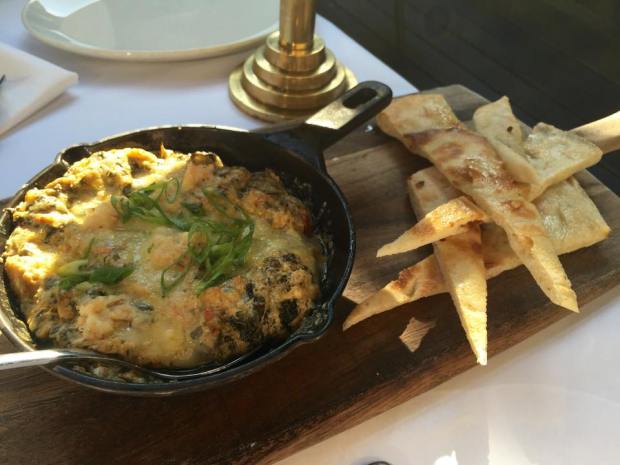 The Crab and Spinach Dip was a gooey mix of artichokes, and sun-dried tomatoes. It was very heavy and cheesy but I quite enjoyed it. Again, it came with forno bread to dip.

Our last item was the Atlantic Lobster Flatbread, which came topped with tomatoes, mozzarella, garlic, tarragon, lobster bisque, corn, and pickled onions. This was quite tasty with the corn bringing a sweetness of flavour to the typical savoury dish. We were disappointed that there wasn’t too much lobster though. If you were lucky, you got a few strands on your piece.

The girls got the feature drink which was a Blueberry Champagne Spritzer, while I had the Driftwood Whitebark Beer. Overall, we were quite pleased with the food, other than the fact that almost all the dishes came with the same bread for the side, so we got a bit sick of that. Our server was pretty friendly at the end, but started off being a bit cold. Not sure what that was all about. She also forgot our order of Calamari, but we were too full to eat that anyways. Prices are reasonable during happy hour, with each of us paying under $20 for our share of food and drinks after tips.

I do want to note that I was quite disappointed with the service I received subsequent to this dinner. I had left my lunch bag from work under the table and went home without it. When I called to ask if it was still there, the manager said that they were not aware and that they would look after closing since there were still diners. She said she would call me back if they found anything. Since I didn’t hear anything back, I called again a few days later, and they said that they were still looking and would call me back. It’s been more than two weeks since, and I have heard nothing back. What I lost is not a big deal and it isn’t their responsibility, but I am quite annoyed at the fact that they disregarded the whole situation. I rather they call me and tell me they looked and could not find anything. The fact that they said they were still looking seemed like they had not even tried to look. As the restaurant is part of such a large restaurant group and consider themselves an upscale restaurant, I would think they know how to better please their customers.

Cons:
– Too much of the same bread on each dish!
– Service was just average for an upscale restaurant