For my mom’s birthday, she wanted to dine at Golden Swan Restaurant on Victoria Drive. The restaurant has been around for many years, and she wanted to see how the food was now. Parking is quite packed in the front, but you’ll easily find free parking in the neighbourhoods.

The interior is quite big and on a Friday night, the place was only half filled. Decor is a bit dated and there’s the whole wedding decor going on.

My mom chose the restaurant mostly because they had the set menu feature going on for $98 for the whole table. The serving is supposed to be for 4-6 people, so since we had 5 people, it was perfect. The menu started off with their Daily Soup, which was watercress and pork soup. Not my favourite since I’m not a fan of watercress, but the soup came in a ceramic jar and the soup had been double-boiled. 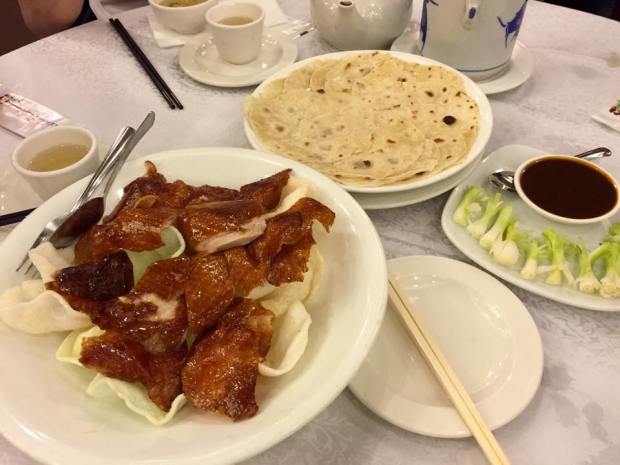 The set menu allowed you to choose between either lobster or Peking Duck cooked in two ways. We opted for the latter and the first course was the typical Peking Duck Wraps. The duck itself was crispy and had a good ratio of fat and meat. However, the wraps were a huge disappointment. They were covered in flour, and I had to dust it off before I ate since I felt like I was just eating raw flour. The shrimp chips were also quite soggy.

The second Peking Duck dish was the meat stir-fried with vegetables. I enjoyed the meat, but I thought the dish was rather bland. 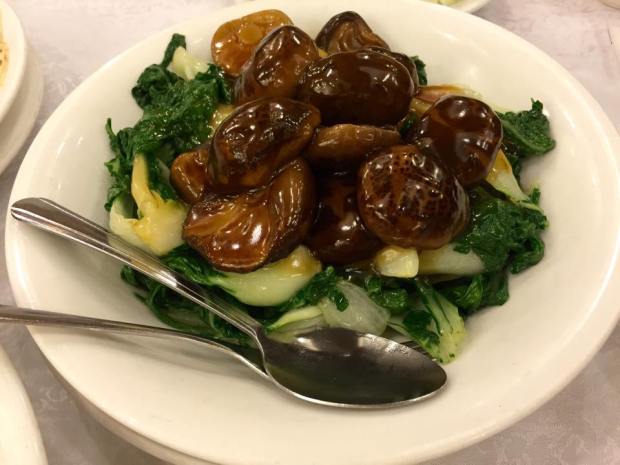 You then get to choose three dishes from their menu. The first item my mom chose was the Braised Chinese Mushroom with Vegetables. Quite average, and nothing mind blowing. Again, we noticed that the flavours at this restaurant is more bland. Not necessarily a bad thing, since it’s probably more healthy, but taste-wise it wasn’t as appealing. 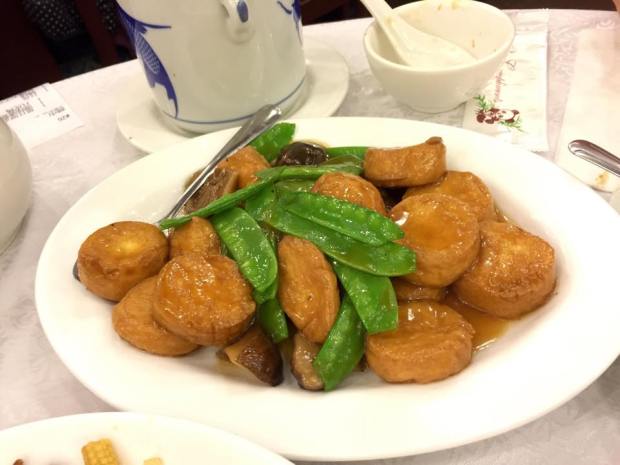 The second was my favourite Braised Egg Tofu. It came with snap peas and mushrooms. The tofu was silky smooth inside, but again, I’ve had better elsewhere.

Lastly, we got the Salt and Peppery Fried Pork Chop, which was the tastiest by far because of the garlic chips and chili peppers. And of course, because fried food is always tasty! The pork chops were fried crispy and there was a good amount of meat on each piece.

Dinner finishes off with Taro Sago Dessert, but we found white bits in it, which we think might’ve been milk powder that wasn’t dissolved properly. Kind of gross in my opinion…

Overall, I thought Golden Swan was below average. Price is good, but the execution of the dishes just isn’t there. I feel like most of the diners who come here are just longtime regulars.

Cons:
– Food is average to below average
– Sloppy presentation