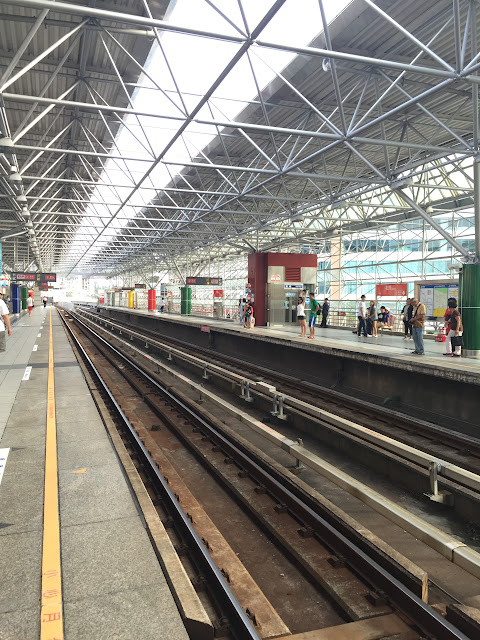 On our fourth day in Taipei, we took the MRT to Beitou station. It took around 30-40 minutes from Ximen. Upon exiting, you will smell the sulphur from the hot springs. Beitou is famous for its hot springs and is also the most mountainous and highest of Taipei’s districts. 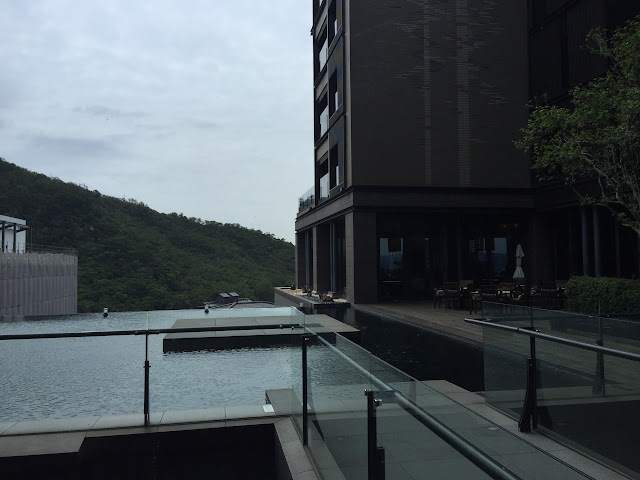 We had pre-booked a private hot spring in advance as they are reasonably priced compared to the ones in Canada. I did some searching and chose Grand View Resort in Beitou. The great thing is that they offer a shuttle bus from Beitou MRT station and drive you up the hills (which you otherwise would need to walk or cab). 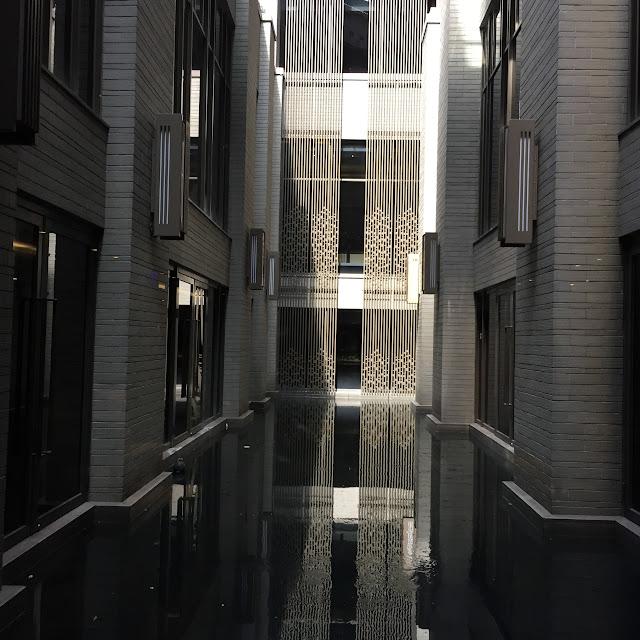 The resort is gorgeous! I found service to be rather cold, but the people here can speak fluent English. The great thing is that you do not have to stay here to use the hot springs. You can just pay for a one-time use charged by time. They do however offer hotel rooms with hot springs within your room. That is so neat and I would love to try it sometime. 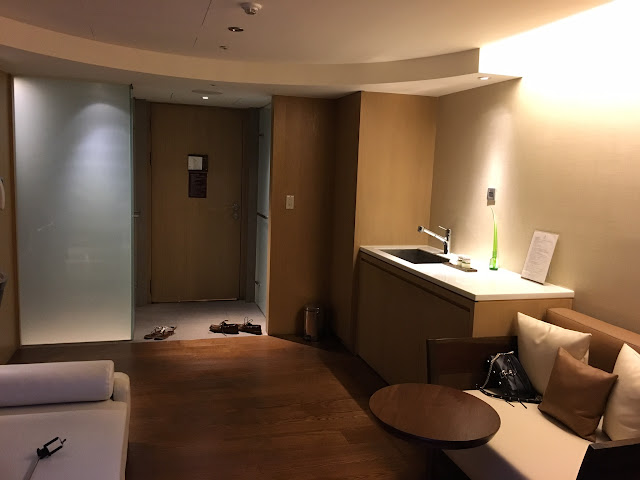 You can choose between public or private hot springs. We ended up choosing the private hot spring where you get an independent bath house with the hot bath outdoors.They have different rooms with designs that are a bit different. You can email the resort to ask for the pictures. We chose Ylang-Ylang. The room was spacious and had a couch, private shower, bathroom, closet, and sink. 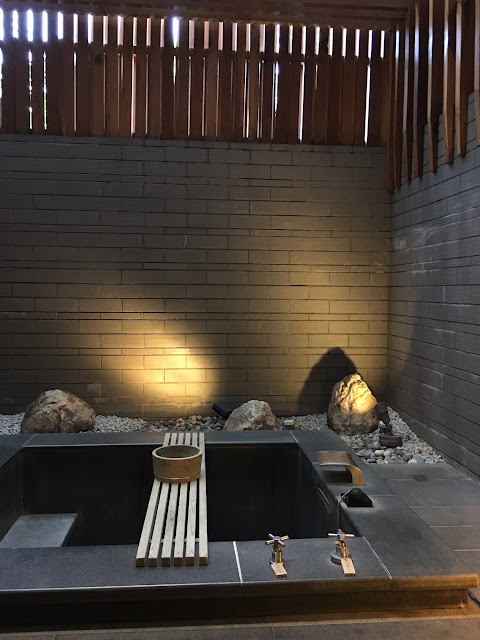 For our room, the hot bath is outside. They have high brick walls so there is absolute privacy but you can still sort of hear the people next to you when you’re outside. The price is fixed at NT$2,300 for the room and allows two guests for 90 minutes. You can add NT$600 for each additional guest. The 90 minutes includes showering and getting dressed. They will call you 15 minutes before your time is up. 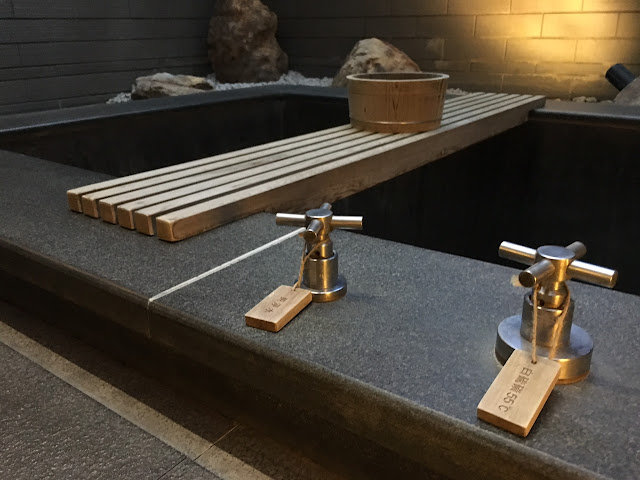 This was a super relaxing experience and we enjoyed that it was private. The other option for hot springs was to use the famous Millennium Hot Spring which costs a fraction of the price but is filled with people. We opted for this so we could really relax. Plus it was super clean. 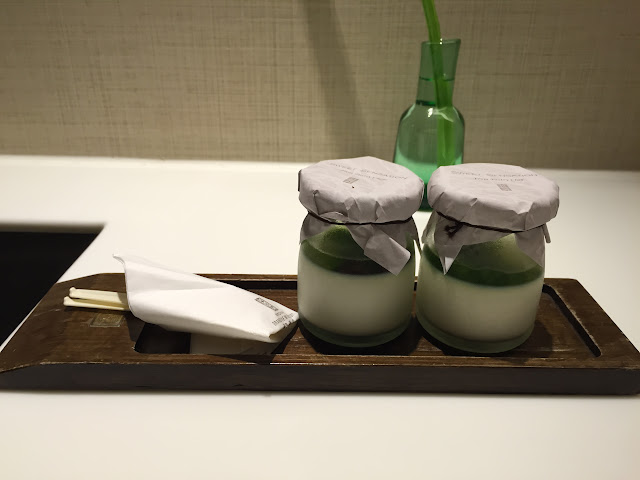 They also provide you with all amenities you need, whether it be shampoo, bath wash, lotion, makeup swabs and even a brush. They also provided these cute little matcha panna cotta kind of desserts. It was refreshing to eat after being in the heat. 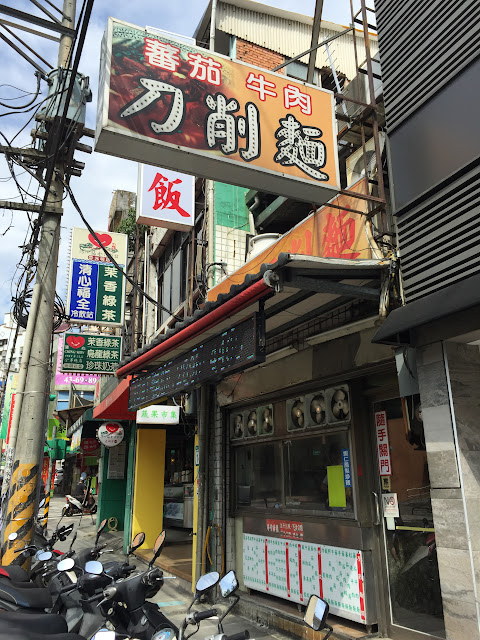 After the hot springs, we took the shuttle to take us back to Beitou station. They are only able to drop you off at the Beitou main station. Therefore, we had to walk back up the hills to go to sight see the area. Along the way, we found 山西刀削番茄牛肉麵, which features hand-cut noodles. 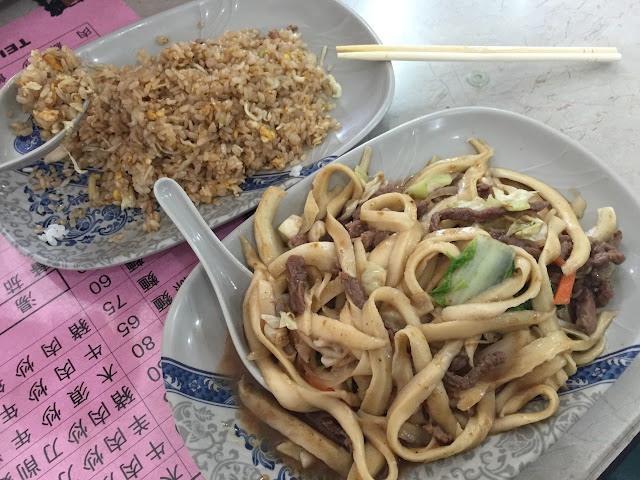 We got their famous hand cut noodles which were mixed with beef and vegetables. The plate was large and good value. We also got their fried rice which was pretty good. All their dishes had that wok flavour. The ambiance is rather shabby, but we found many locals coming here during lunch hours. 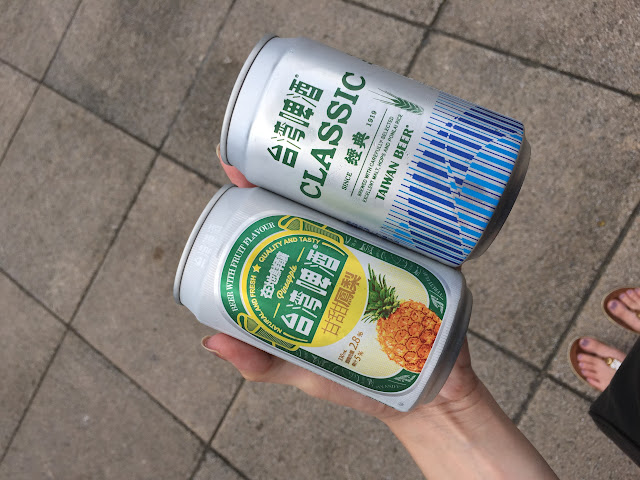 Of course, we had to get some beers as our drinks along the way… Fruit beers are the way to go! 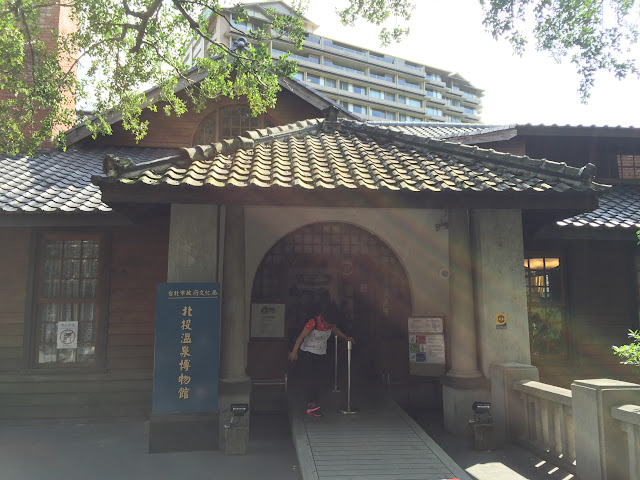 After around a 15 min walk, we found Beitou Hot Spring Museum. The building was actually built as a public bath house under the Japanese rule and was once the largest bathhouse in east Asia. 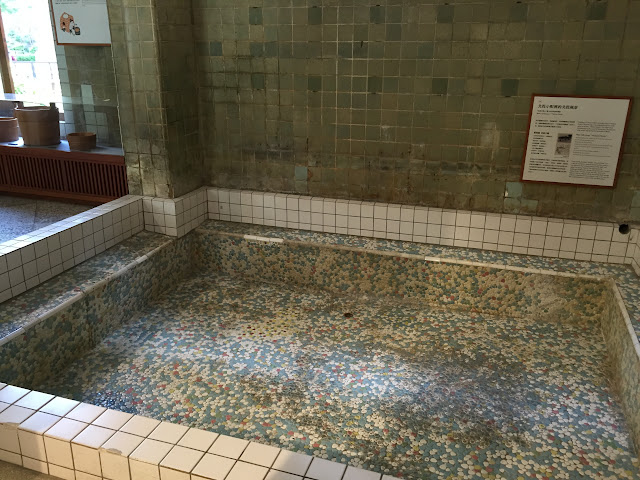 Today, the bathhouse is a free museum where you can see the old bathhouse on the ground floor and other history of how hot springs became significant in the area. Only downside is that they have no air conditioning in here, so it’s super hot inside still! 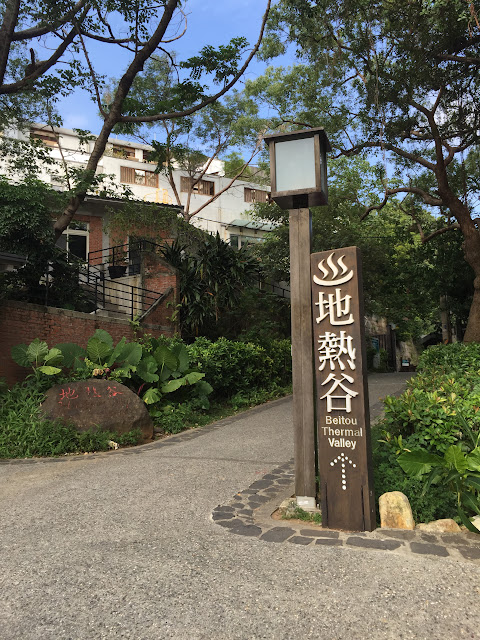 Take another 5-10 minute walk, and you will find the Beitou Thermal Valley (地熱谷). It is also known as Hell Valley. 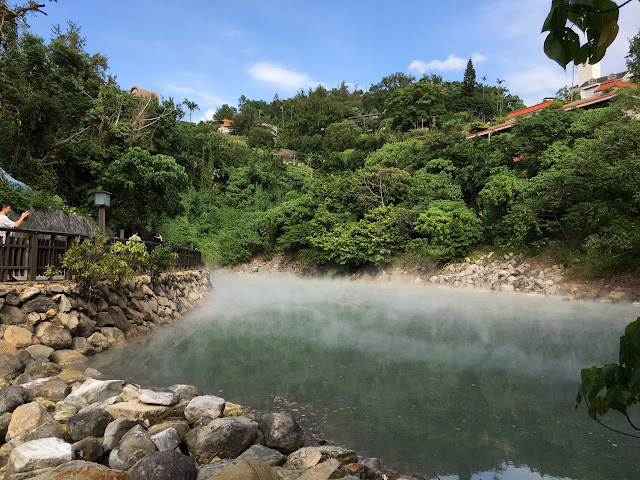 The Geothermal Valley is a volcanic crater filled with steaming natural sulfuric hot spring water and has a temperature between 80 to 100 degrees Celsius and therefore is fenced. Not the best place to linger around on a hot day, but it’s pretty neat! 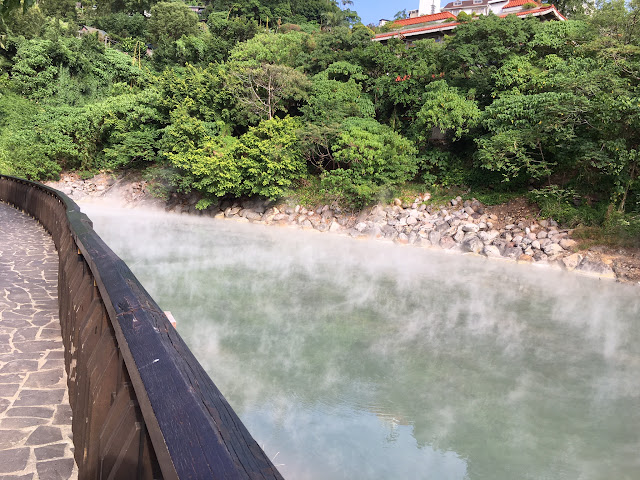 The water from the Thermal Valley are the source of the hot spring bathing facilities in Beitou. The water contains radium, which is said to have beneficial health affects for fertility, long-term illnesses, rehabilitation, and skin beauty. 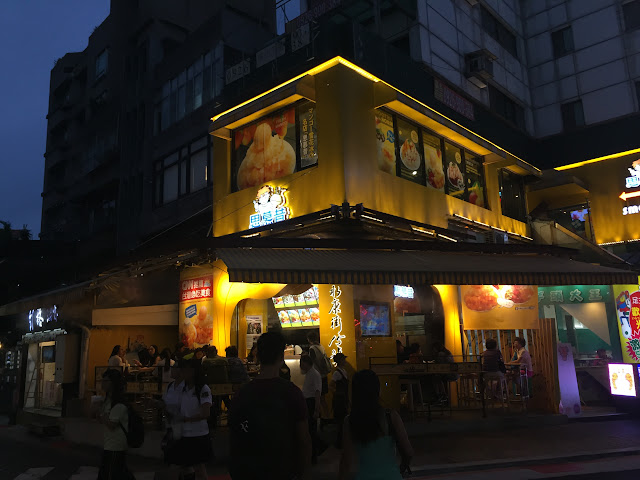 After exploring Beitou, we took the MRT to Dongmen Station to meet up with J who had took the train from his city to meet up with us. So nice to have a Taiwanese take you around! He took us to Smoothie House (思慕昔) for some desserts pre-dinner. 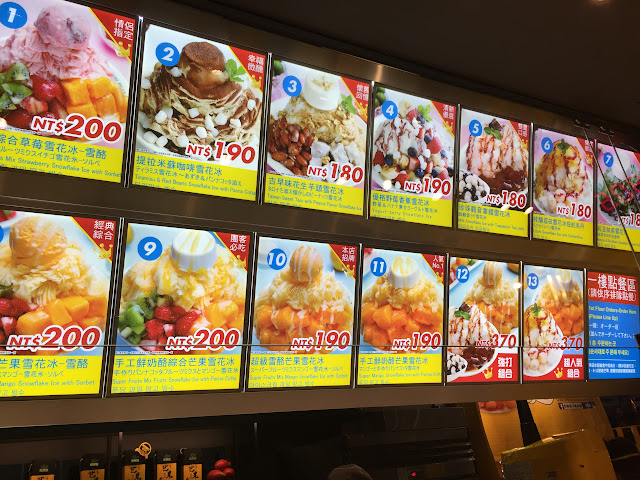 Smoothie House is now a chain dessert shop and they have so many flavours! The menu looks so appetizing already. 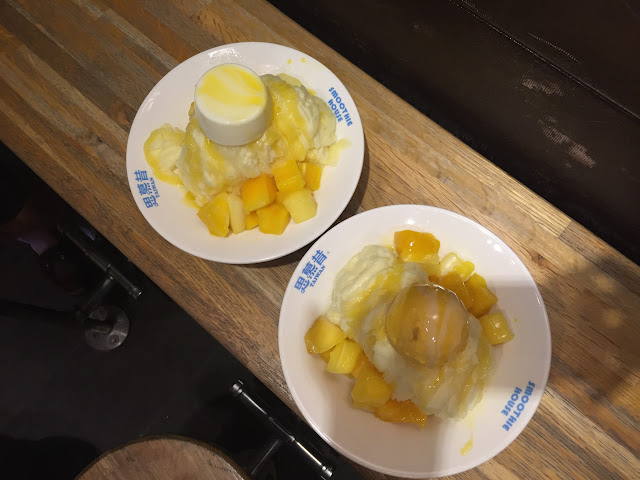 We got two shaved ices to share. Both were mango flavoured with tons of fresh mango. One had a pudding on top while the other had a scoop of mango ice cream. They were really good! The shaved ice is super thin just like the ones in Korea. 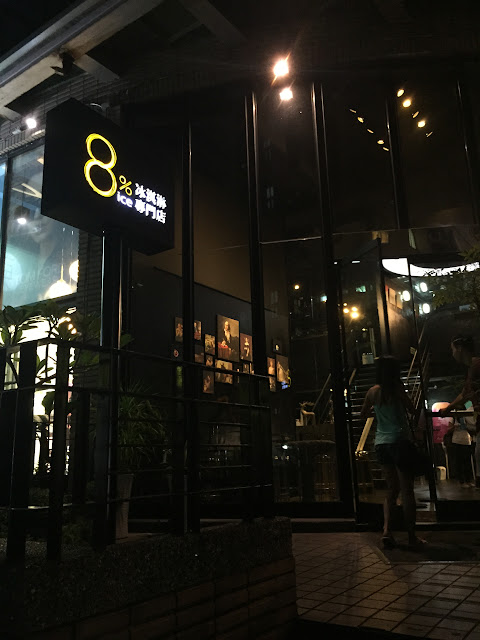 After shaved ice, we headed over to 8% Ice 冰淇淋專門店. I guess we were on a dessert hopping trip. 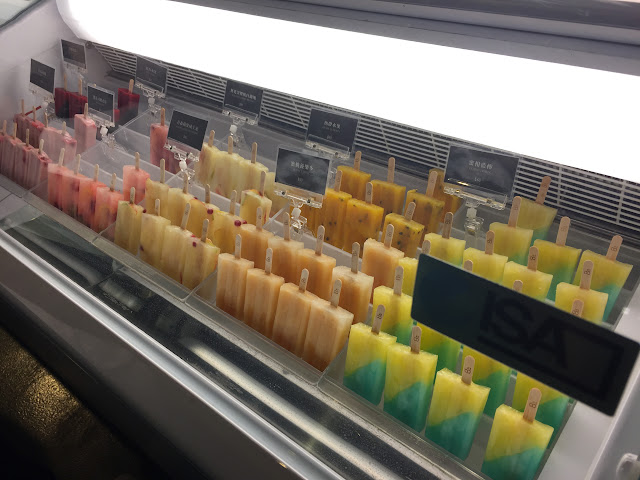 8% Ice is famous for their ice cream and is pretty hipster inside. Prices are not as cheap though, but the ice cream and popsicles looked delicious! 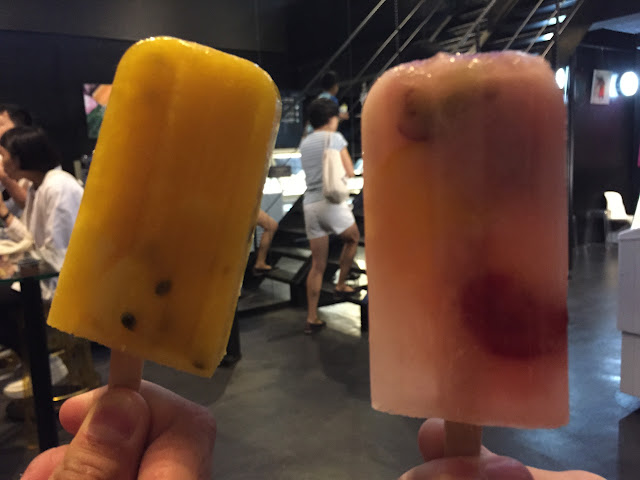 J had the Passionfruit while me and S shared the Sakura Plum. We found the passionfruit to be too sour and the Sakura Plum to have an odd flavour. Flavourwise, they were just okay. Pretty to look at though. J said that the gelato is much better. 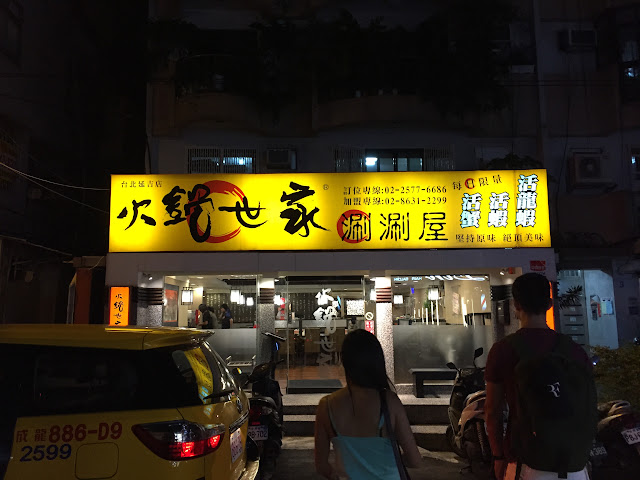 We were going to meet our celebrity friend E for dinner that night, so we took a taxi to the restaurant. He had suggested to eat hot pot at 火鍋世家涮涮屋(台北延吉店). 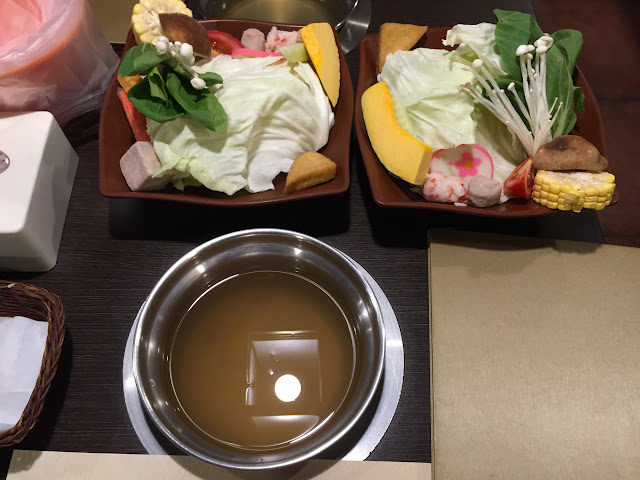 You get individual hot pots here and you can order a la carte or combos. Sort of Gokudo in Richmond. We chose the combos so they came with a variety of vegetables, shrimp, and fish balls and that sort of stuff. 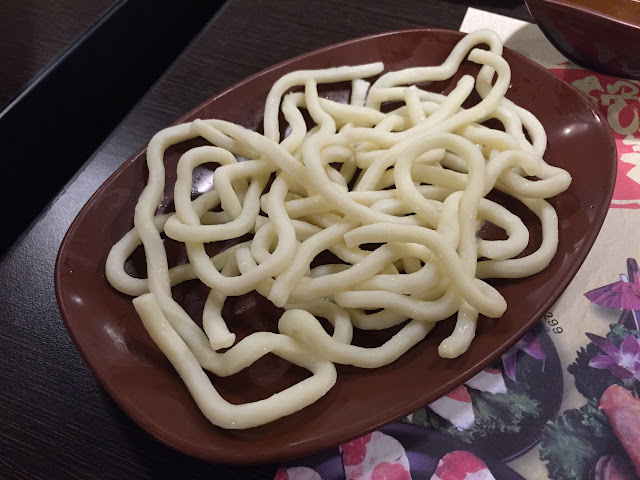 The combo also comes with your choice of noodles. I got the udon. 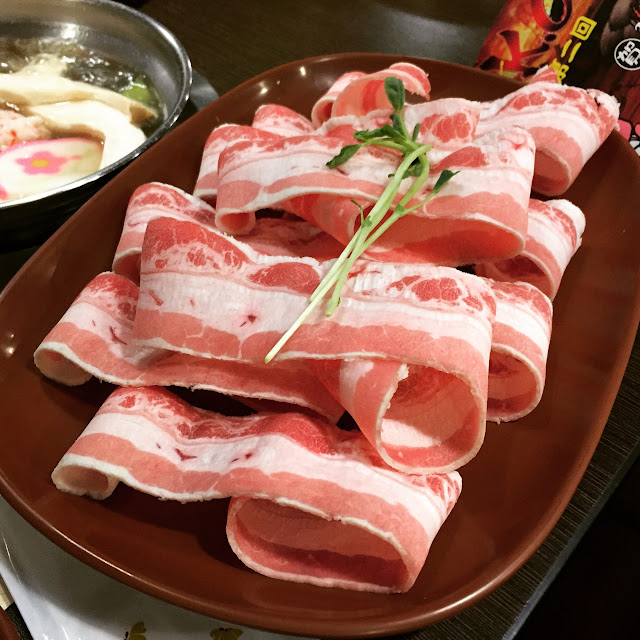 S and I both got a meat combo, so we ended up sharing our meat. We got the regular beef and it was very good already. Extremely tender with the right amount of fat. 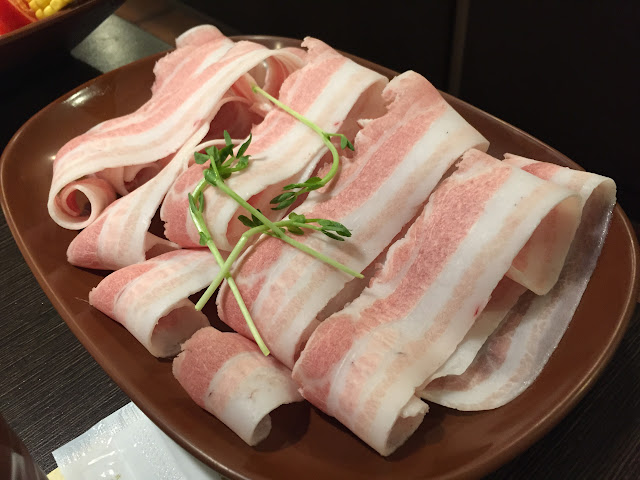 We also got the pork bacon which was surprisingly quite good. The meat combos range from around NT$280 and can go up to NT$580 for premium cuts. The restaurant provides unlimited drinks, self-serve ice cream, and self-serve sauces. Quite a good value to get you full. 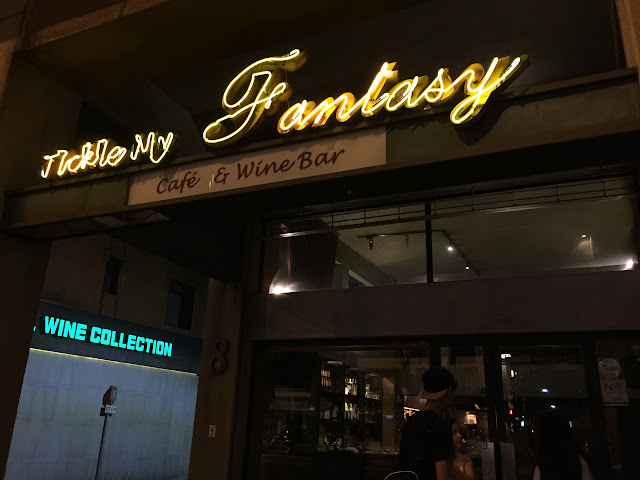 After dinner, we decided to go get drinks. We ended up taking a nice walk after a huge meal and headed into the Da’an district where E normally hangs around. He took us to this nice cozy bar called Tickle My Fantasy. It was very quiet when we got there as it was rather early, but it got very crowded at the end of the night. 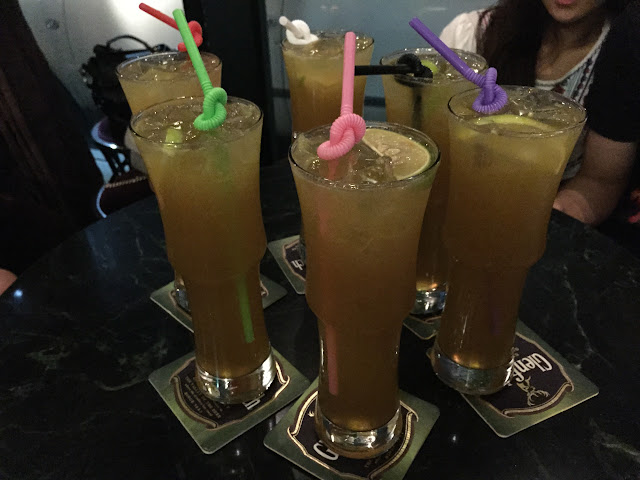 E suggested we all get the famous Long Island. This is not your typical Long Island, but rather known to be potent. The ones we get in Vancouver usually have very little alcohol, but these were strong! We watched the bartender make our drinks and noticed it was mostly all alcohol. The drink is around NT$500 but a good deal because one drink will be enough. We all had a good night and it was great to see our friends again. As we stayed out past 12, the MRT had closed so we ended up taxing back to our hotel. A great night indeed.