Note: All items were complimentary.

The last time I was at Soft Peaks was when they first opened. Fast forward a year later, they have revamped their menu and earlier this month, they launched their new Ice Milk Bars. Thanks to Jacqueline, a few other food bloggers and I were invited to get a taste of their new menu. 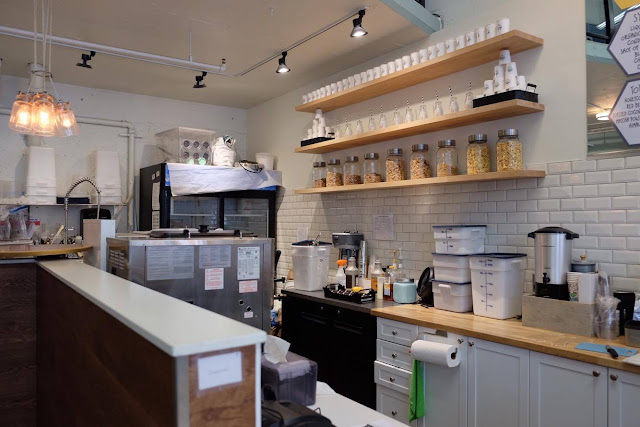 There aren’t too many seats on the first floor, but upstairs has more seating. Plus, on a sunny day, Soft Peaks is perfect to indulge in while exploring Gastown. 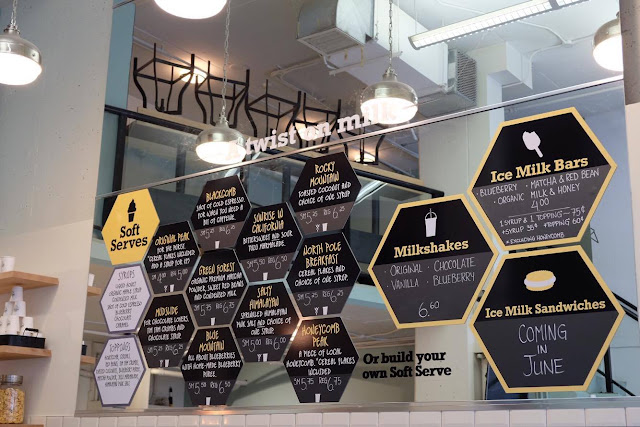 The soft serves are still on the menu with many additions since they first opened. They now have milkshakes as well. Our event was focused on the Ice Milk Bars which are $4 without any toppings or syrups. PS. Ice Milk Sandwiches are supposed to be launching in June!! 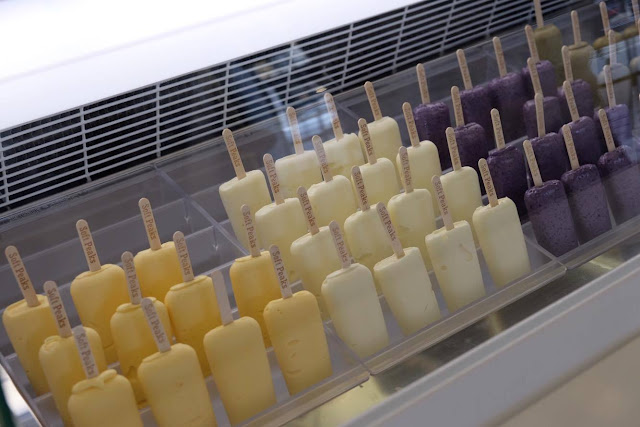 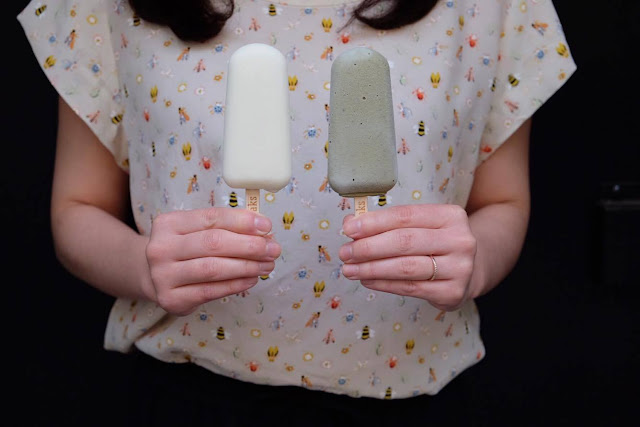 The Milk and Honey flavour is quite like their original honey soft serve. I liked the subtle sweetness along with the creamy milkiness. The Matcha flavour was your typical strong tea flavour, so I didn’t find that flavour too special. Their ice milk bars are made with organic Avalon milk and have no preservatives added, and therefore they melt quicker than off-the-shelf bars. A good excuse to eat them quickly! 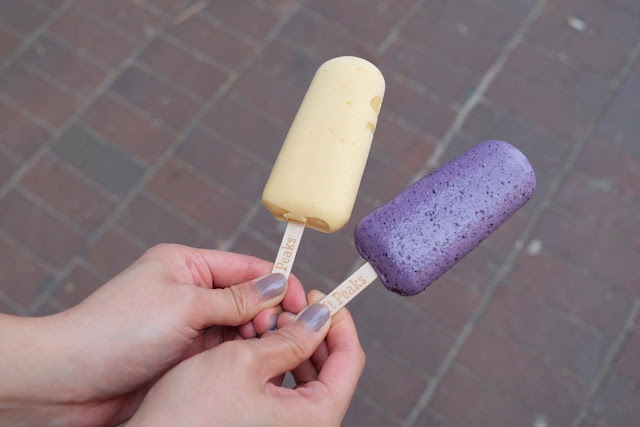 My favourites were actually their fruit flavoured bars. Both the Mango and Blueberry were not overly sweet. Again, no preservatives, so you can really taste the natural ingredients! 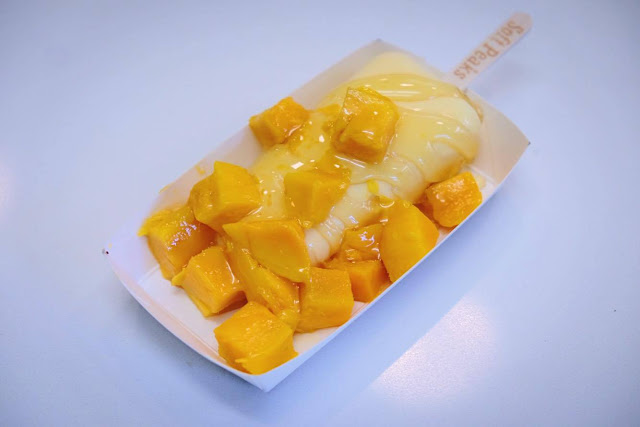 Other than the original flavours, you can also add various toppings and syrups to customize your bars. You can also ask the servers to replicate a similar topping to their soft serves. For example, the Mango Mango Milk Ice Bar comes loaded with mango cubes and drizzled with honey. You’ll need a spoon to eat this though. 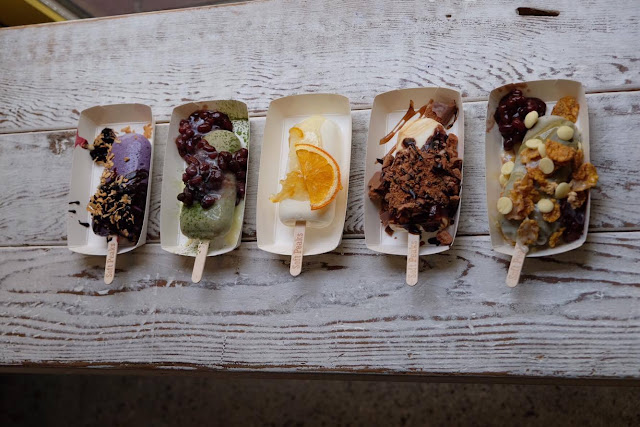 We ended up trying a wide variety of their toppings and syrups. The toppings really make the bars much more fancy looking, but I think I prefer the bars on their own so you can really taste the original flavour itself. Plus, you need two hands to eat these when they have toppings! Nevertheless, one of my favouties was the yuzu marmalade (in the center) as I’m a sucker for anything yuzu and I liked how the sweetness of the marmalade paired really well with the milky flavour. 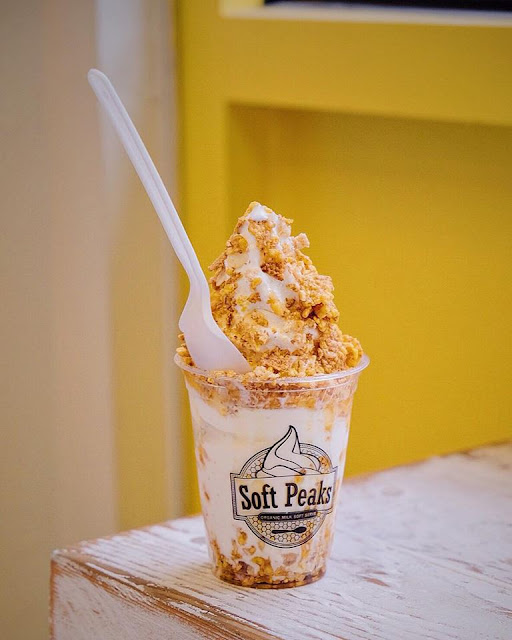 Although we were here for the launch of the ice milk bars, we couldn’t leave without trying some of their soft serves. Perfect since I had only tried two flavours back when they opened. First up was the North Pole Breakfast, which featured cereal flakes and a caramel syrup. Simple so you can still taste the original milk flavour, but the cereal gives it some texture. 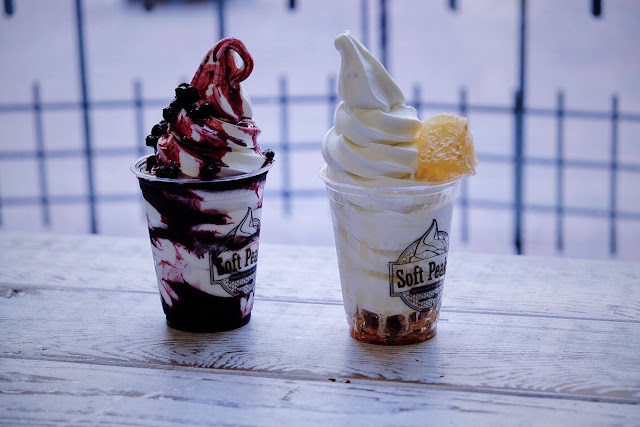 Onto the Blue Mountain on the left which was loaded with blueberries and a homemade blueberry puree. I liked how the puree wasn’t overly sweet again. And on the right was their famous Honeycomb Peak, which features a piece of local honeycomb on top and cereal flakes at the bottom. 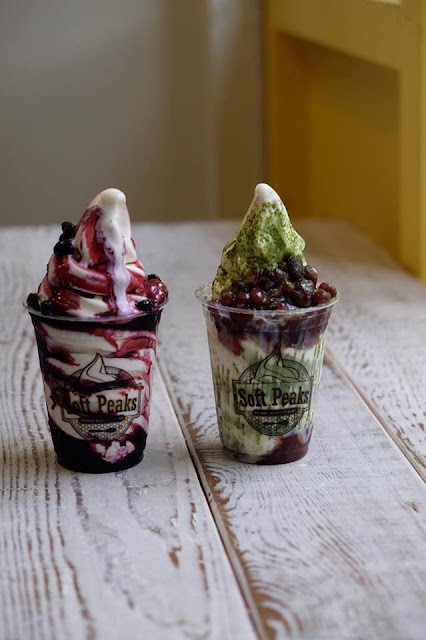 The Green Forest on the right features organic premium matcha powder, sweet red beans and condensed milk. This was definitely an improvement from when they first opened. I remember complaining how the toppings and syrups were not distributed throughout the cup so you only got the flavours at the top. They have clearly taken that into consideration and you get a bite of everything throughout now. 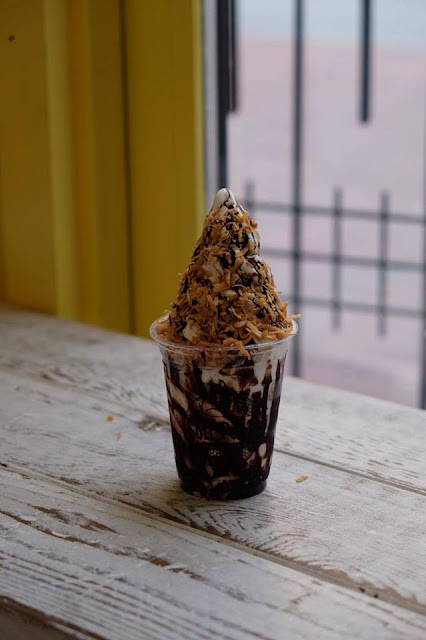 Lastly, we tried the Rocky Mountain which features toasted coconut and your choice of syrup, which in this case we got the chocolate sauce. Again, the toasted coconut gives a light crunch for some texture. 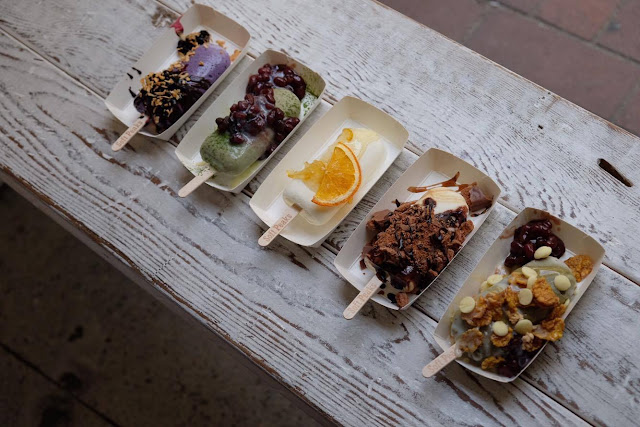 Soft Peaks has stepped it up with an alternative to their soft serve ice cream. Same quality ingredients, but a different form and way of eating. Overall, I quite enjoyed the bars, but would prefer them on their own. I would prefer getting the toppings on the soft serve ice cream instead. Soft Peak ice cream isn’t cheap, but great when you want to give yourself a treat! Looking forward to the launch of their ice cream sandwiches!