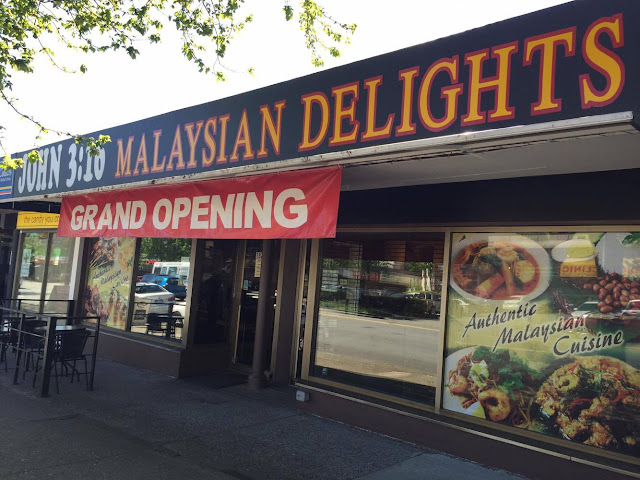 Note: All food and beverages were complimentary.

John 3:16 Malaysian Delights was a hidden gem in Richmond, so when the complex they were located in sold to developers, all the stores in the strip mall had to close down. John 3:16 then opened up a restaurant in North Van and Sharon invited me along with some other food bloggers to get a media tasting of their menu. The location is far for me, but the good news is they have secured a new spot in Richmond and will re-open this summer! 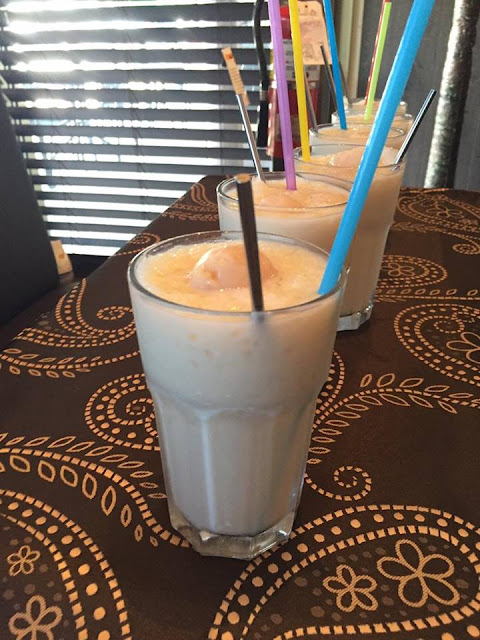 First up was one of their new drinks – Iced Lychee Soya Milk. If you like soya milk, this is for you. However, I felt bloated after drinking too much of this and the lychee juice is not strong enough. I ended up eating the lychees themselves to get more flavour. G ordered the Iced Lychee Juice which she found to be a better option. 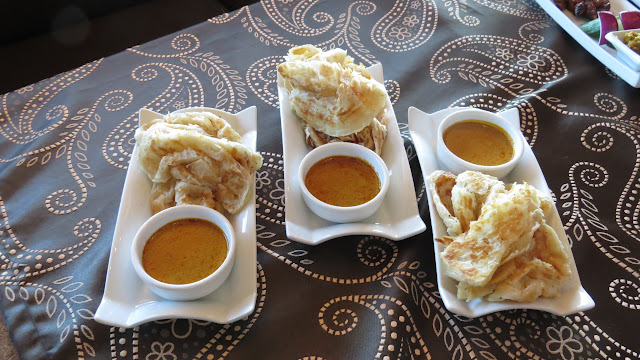 My favourite appetizer from John 3:16 arrived and these Roti Canai have got to be one of the most flaky roti I’ve had. Warm and flaky, with a nice crunch on the outside but still soft on the inside. This was paired with a side of curry which was light and mild in spice. 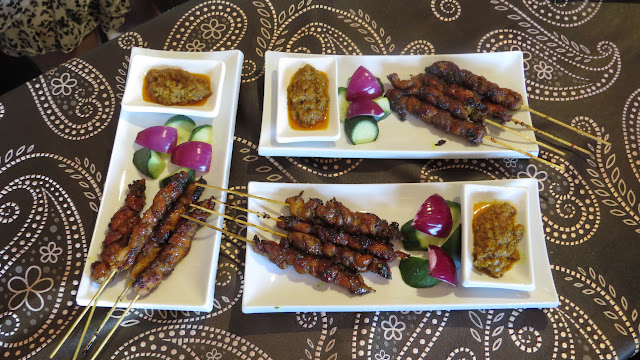 The Chicken Skewers were marinated in a sweet savoury sauce and cooked to a nice char. The meat was tender and moist and I enjoyed dipping it in the side of peanut sauce. 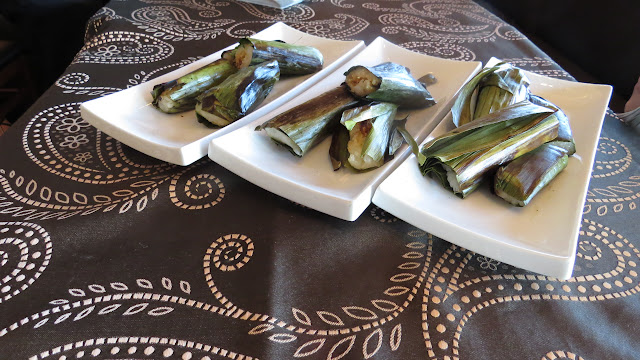 The last time I had Pulut Panggang was when I was at a hawker centre in Singapore. The rice is wrapped in banana leaf giving it a fragrant flavour and is cooked to more of a chewy texture. The rice is filled with a sweet coconut filling which I really enjoyed. 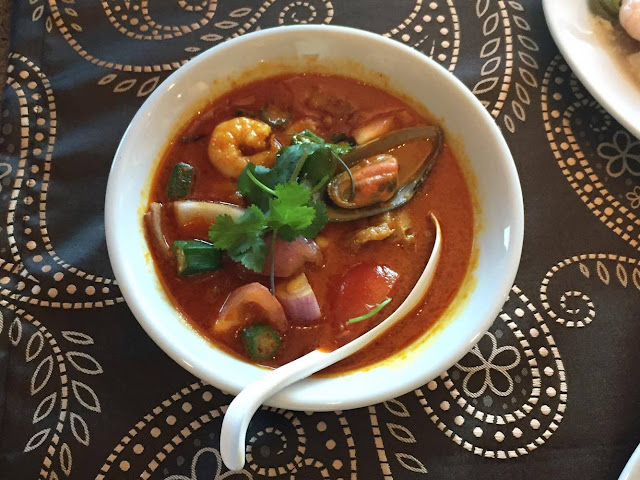 Onto some hot food was the Malay Spicy Seafood Soup. At first, we wondered if we should be dipping something into this, but the more we drank it, the more we enjoyed it. Turns out, it is actually a soup so we were doing the right thing! An abundance of seafood is cooked with vegetable, Malay spices and coconut milk to create this aromatic soup. Not overly spicy, but more of a sweet undertone from the seafood with a slight tang. 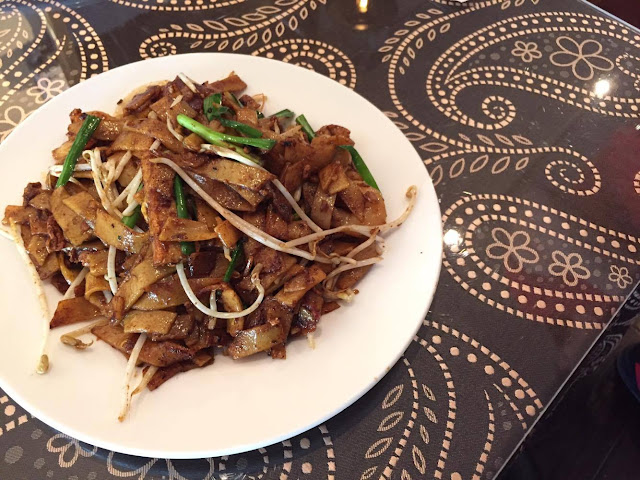 The Char Koay Teow was an item I had tried previously at the Richmond location, and once again, this did not disappoint. The stir fried flat rice noodle was mixed with beef, shrimp, egg, bean sprouts, Chinese sausage and fish cake. I like how it had “wok hay” and was not overly greasy, which is often the case for this dish. 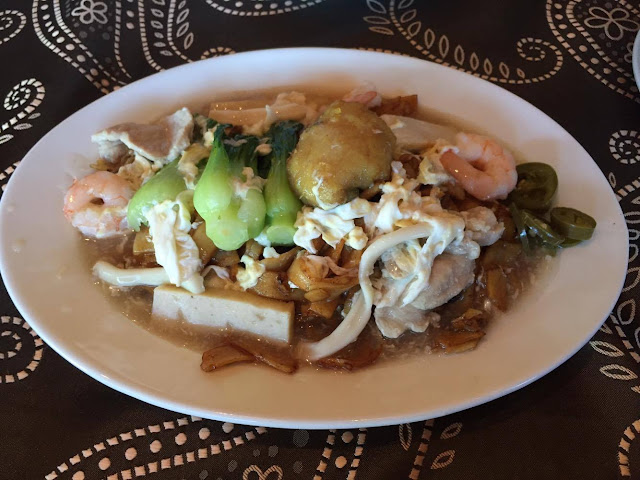 Next was the Ipoh Char Hor Fun, which is stir fried flat rice noodle with fish, shrimp, fish cake and vegetable. This comes in a light egg-starch gravy, and I found the flavours to be rather mild. This was just average for me. 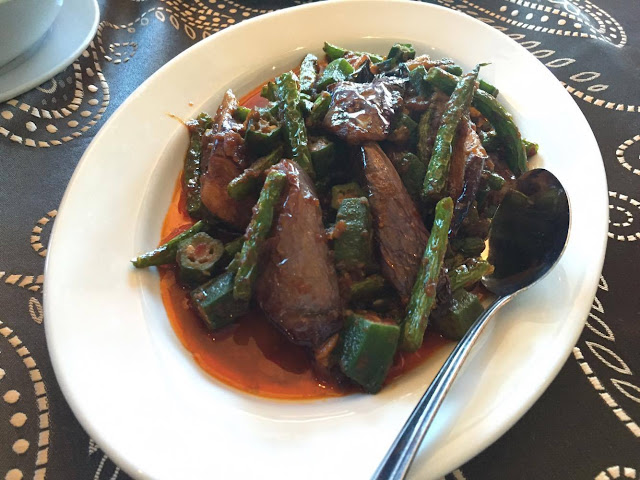 Of course we had to have some veggies, so we sampled the Sambal Okra, Green Beans & Eggplants. This was in a spicy sauce with the eggplants being cooked to a nice texture (not over cooked). 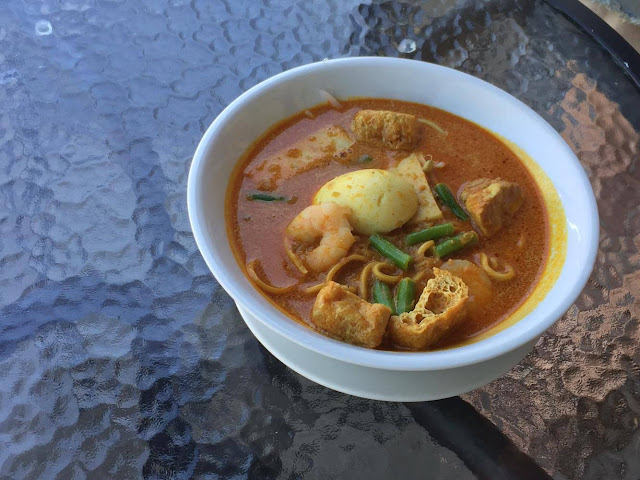 Onto more noodles, we had the Kari Laksa, which featured egg noodle in curry soup served with curry chicken, tofu puffs, green beans, egg, fish cakes, shrimp and bean sprouts. Rich in coconut flavours with a nice spice. I found that most of their items are not too spicy in general. 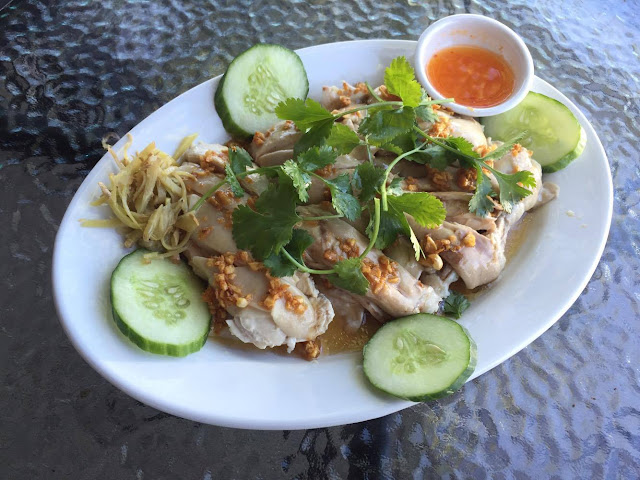 The Hainanese Chicken is a winner for me with the tender boiled boneless chicken being served with a special sauce, ginger, cucumber slices and chili sauce. I like how they top it with fried garlic so it gives a nice flavour. Extremely tender and moist chicken! 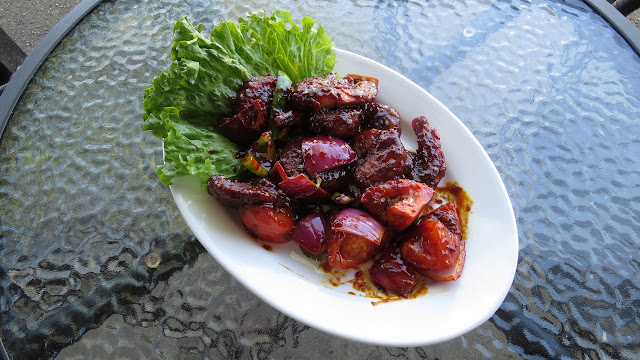 Another one of my favourites was the Kam Hiong Prawns. These prawns are huge but they kept a great bouncy texture without being overcooked. The sauce is absolutely delicious as it is sweet with a hint of spice. 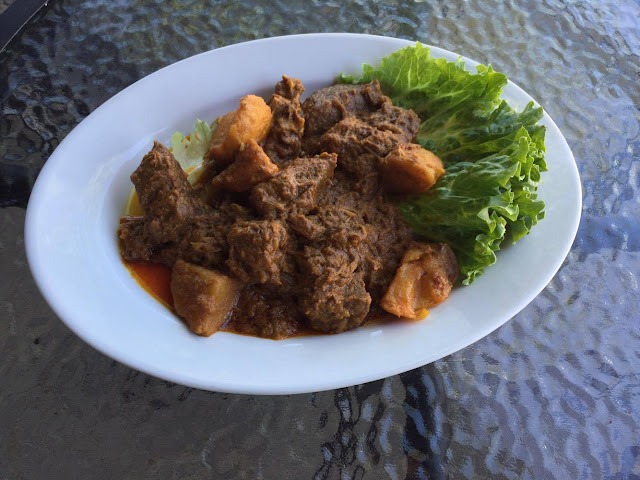 The Beef Rendang is a dried curry beef stew cooked with Malaysian spices and coconut milk. I thought these looked quite dry, but they were actually quite moist! This would be great paired with rice. 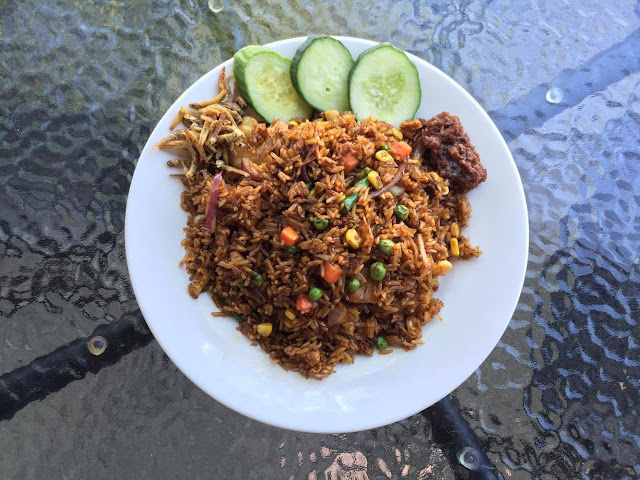 Last but not least, another favourite was the Nasi Goreng. This stir fried rice came with egg, shrimp, squid, corn, carrot, green peas and was served with cucumber slices, anchovies and sambal on the side. I liked how the sambal was put on the side so you can determine how spicy you want your rice. This again had a very nice “wok hay” and char and I could easily eat bowls of this rice!

Overall, John 3:16 at the North Vancouver location did not disappoint. Once again, the flavours were on point and executed well. This location also is much bigger than their original location in Richmond. Downside is it’s quite far for me, so I will have to wait for the new Richmond location to open up!