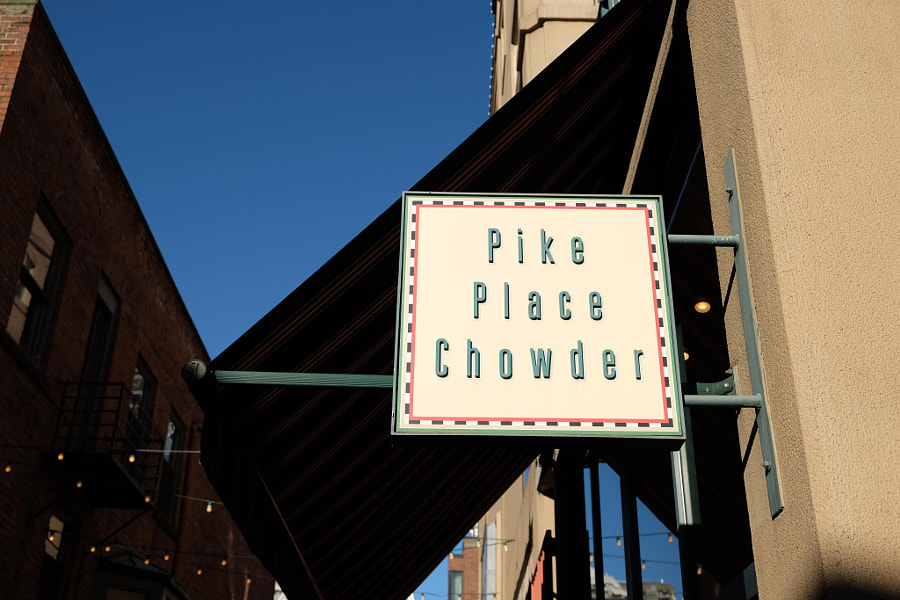 A must try in Seattle is Pike Place Chowder. I’ve been here in the past, but S had never been. I decided to take him to the one near Pike Street Market which is in Post Alley, which is also a tourist spot worth visiting. The tiny shop is within an indoor market and opens at 11am. We arrived right at 11am, and there was already a huge line up. The good thing is they give you the menu while you’re lining up, so the line goes by quickly. We were able to order within 15 minutes and our food was served pretty much right away since they just keep pumping the food out. 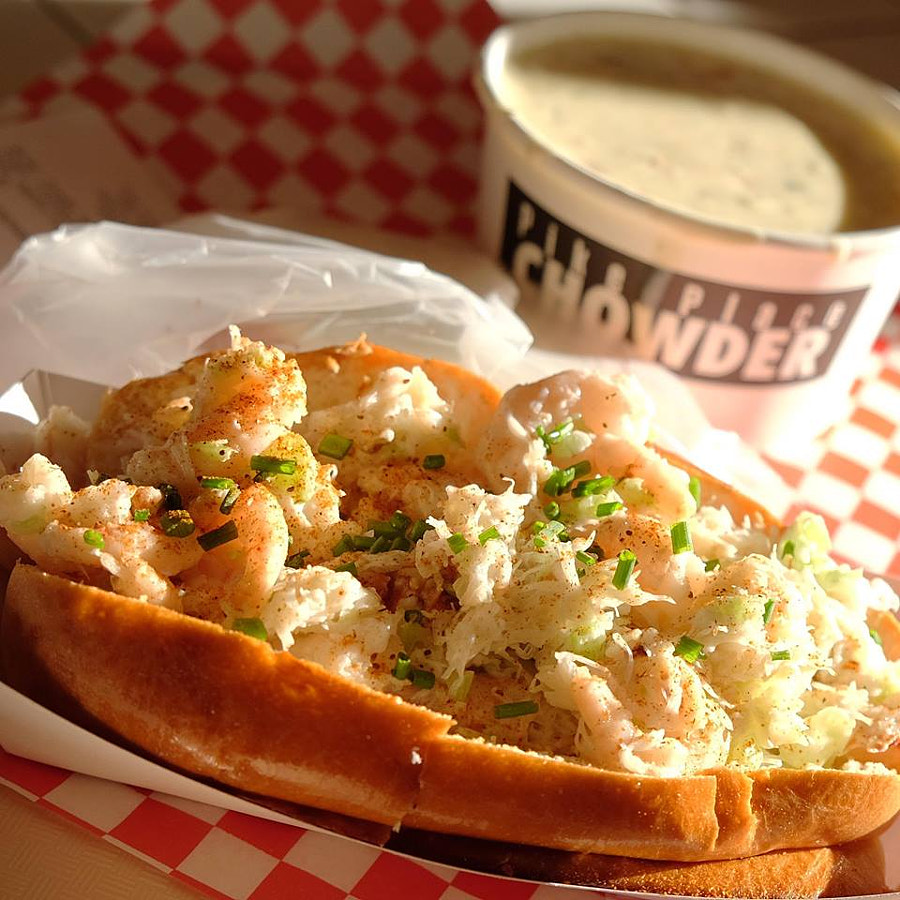 Captain’s Roll and New England Clam Chowder
We got a whole Captain’s Roll which features Bay shrimp and Dungeness crab meat, mixed with secret seasonings, lemon juice, mayo and celery. S and I both loved this! They didn’t cheap out on the crab meat either. It does come at a high cost though at around $16 USD. Quite pricey for a small roll. We also got the New England Clam Chowder, which had meaty clams flavoured with bacon, cream, and a secret blend of herbs and spices. Pike Place Chowder has won many awards for many years, so you must get a chowder here! I really enjoyed the flavours in this one and they give you a piece of sourdough bread to dip in. 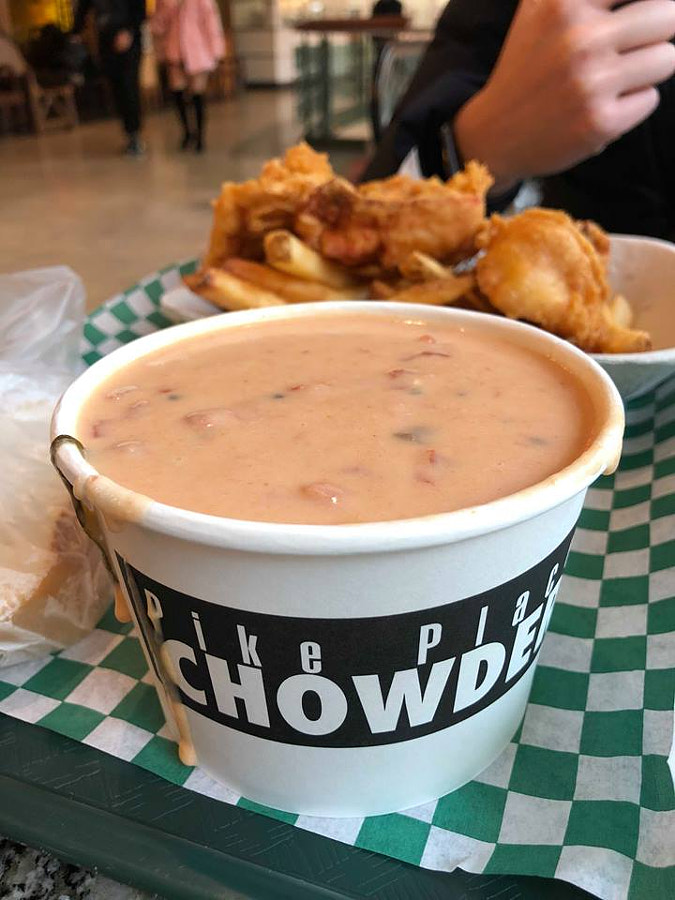 We stayed near Pacific Place, a mall on Pine Street. The night before, we had dined at Din Tai Fung, which is a new branch in downtown Seattle inside Pacific Place. There, we found that they actually had another Pike Place Chowder inside the mall! Since we were in a bit of a rush the next morning, I suggested we just grab some food at Pike Place Chowder again since it was nearby. This location has a lot more selection including beers, seafood and chips, and more. But of course, I had to get another one of their soups, so I decided to try the Seafood Bisque this time. This had a medley of Pacific Cod, Northwest Salmon,
Oregon Bay Shrimp, flavored with fresh basil, and simmered
in a creamy tomato-based broth. The bisque was packed with flavour and you got bits of fish in it. So good! 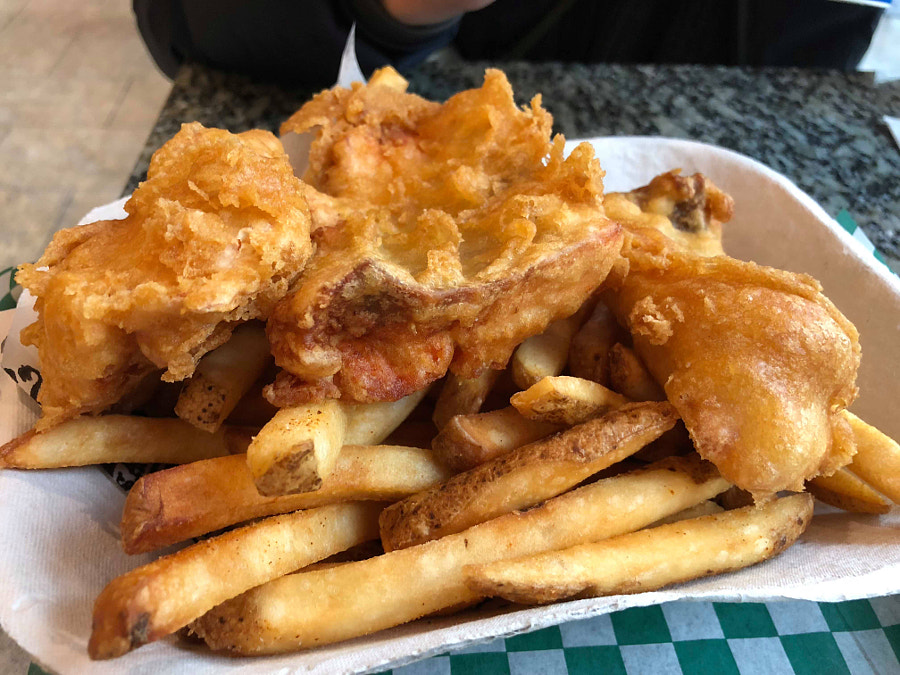 Overall, Pike Place Chowder is a must try when in Seattle! With the two locations, I would suggest going to the Post Alley location as I feel like the turnover for the food is more frequent. However, if you have a large group or are looking for a larger menu selection, then the one inside Pacific Place might be a better choice since there is more seating.

Cons:
– Fish and chips could be a bit more moist