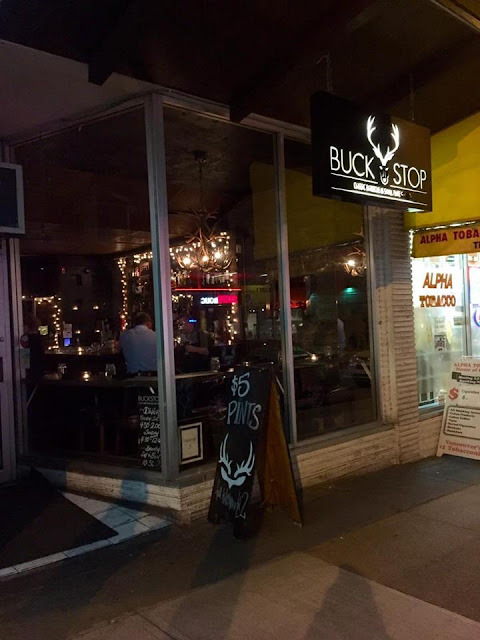 I had won a dinner for two at Buckstop from the 12 Days of Giveaway of Nomss so we headed to the cozy restaurant on Denman on a Friday night. The winning was a Social Shopper voucher for the American BBQ Feast for 2 valued at $59 for the price of $28. 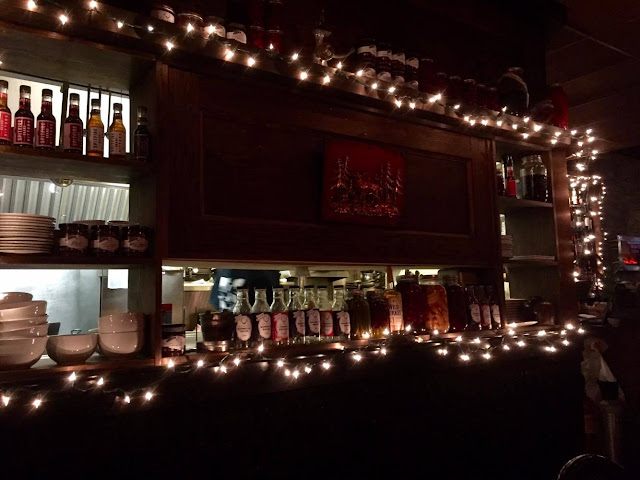 The restaurant is very narrow with a bar at the front. Seating is a bit tight but I loved the ambiance with the dim lighting. Service was alright even though we were using a Social Shopper. 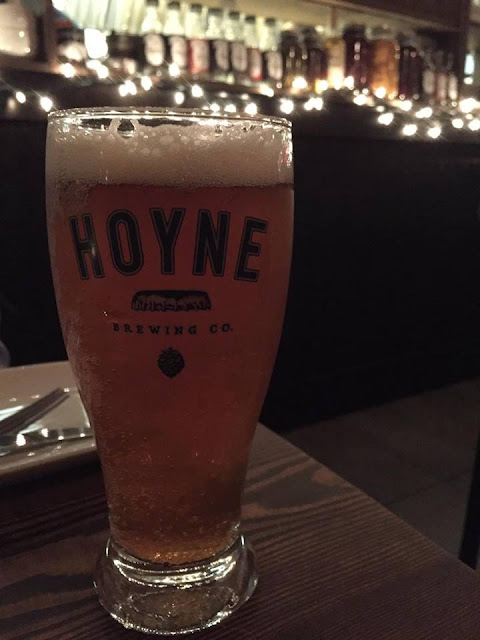 On Friday nights, they have select pints for $5. We chose the Phillips Blue Buck Ale since we like lighter beers. I noticed that they ended up charging us $6 (their regular price) but I didn’t want to fuss about the $1 difference since we were already using a Social Shopper voucher. 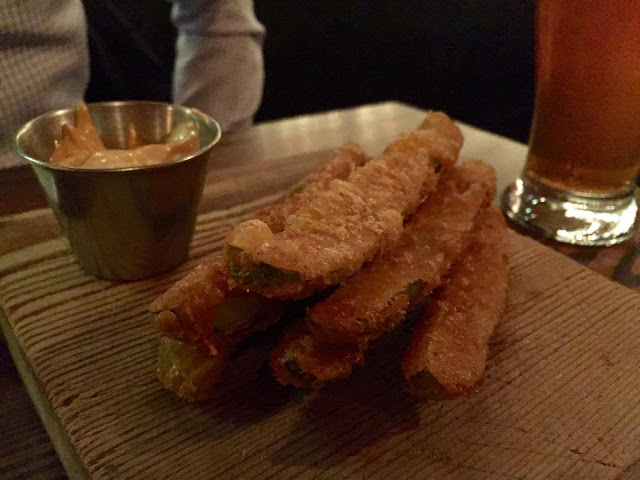 The American Feast for 2 comes with all of the following items I’ll mention. First were the Fried Dill Pickles which was served with a cajun aioli. These were lightly battered and had a nice crunch. I did find them a little too sour but they were good when eaten between the meats. 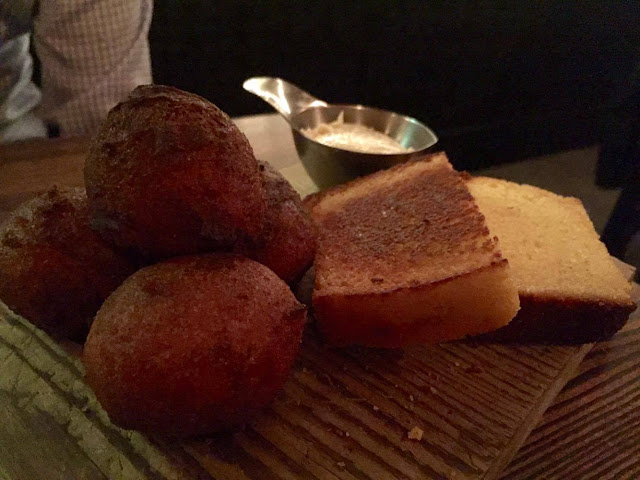 Next up were the Hush Puppies and Corn Bread which were served with a honey butter. These were still warm and I quite enjoyed the hush puppies as they were not too dense. 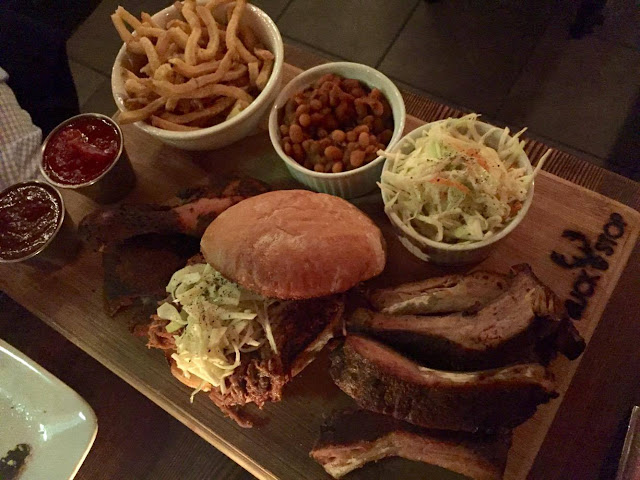 The main platter of the American Feast for 2 is more than enough food for two. This included two Smoked Chicken Legs and Thighs which had a nice barbecue flavour to it, but the meat was a little dry. In the middle was the Pulled Pork Sandwich featuring a Portuguese bun filled with a ton of pulled pork and sauce. It was odd that only one burger came and that it wasn’t cut in half for sharing. S and I really enjoyed the burger though as it was very flavourful and the meat was moist. However, the sauce was very wet so the bun became soggy. On the far right were St. Louis Pork Ribs. The meat was extremely tender and fell right off the bone. Flavourwise, it was rather bland. It needed the help of the homemade BBQ sauce to make it right. For sides, my favourite were the  Kennebec Fries. They were not the crispiest, but when dipped in their homemade ketchup, they were amazing! The ketchup had a bit of an onion flavour to it. The Navy Beans reminded me of chili as they were smokey and not your boring canned ketchup beans. Not bad, but again, they were rather dry. The Dijon Aioli Slaw was underwhelming and we didn’t end up finishing it. 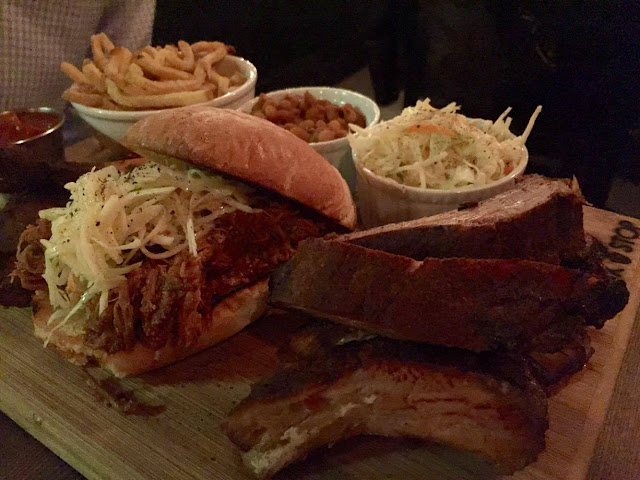 Overall, we were quite happy with Buckstop. There are some hits and misses but overall we didn’t have too many complaints. Plus I really enjoyed their homemade sauces and most of their meats were tender. Nice spot on Denman to grab drinks and Southern food. Will revisit to try other items.