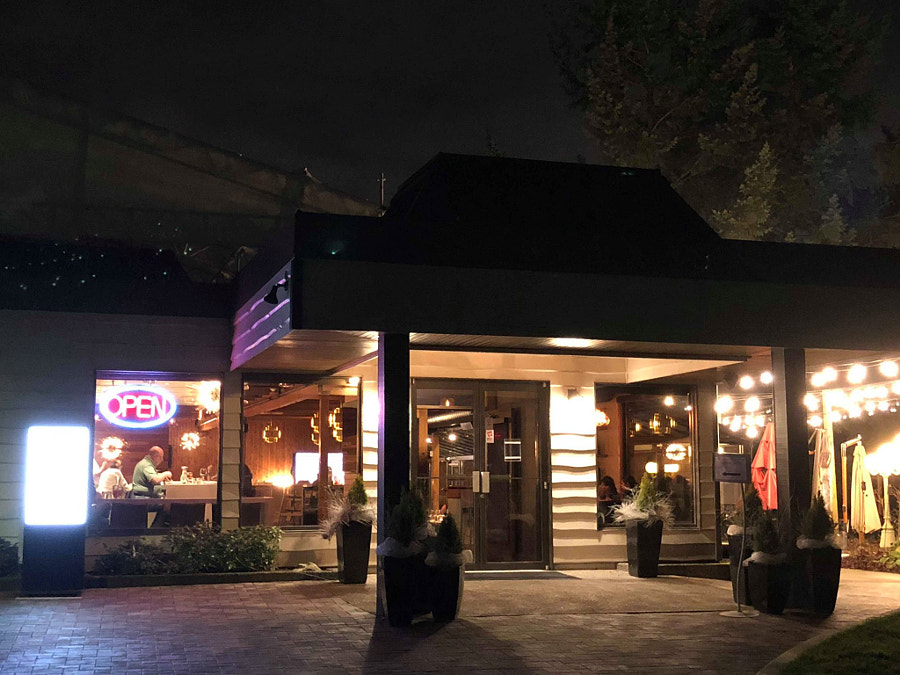 Burnaby Mountain Clubhouse has been participating in the Dine Out Vancouver Festival for many years now. For whatever reason, the restaurant never stood out to me since it’s not really in the media and the restaurant is pretty out of the way for me. However, this year, I was looking for some restaurants that had “good deals” for the dine out festival. This one falls exactly in that category. For $25, you get a 3 course meal which includes steak and a beautiful ambiance. Honestly, there aren’t many restaurants in the $25 category and most of them feature pub food. 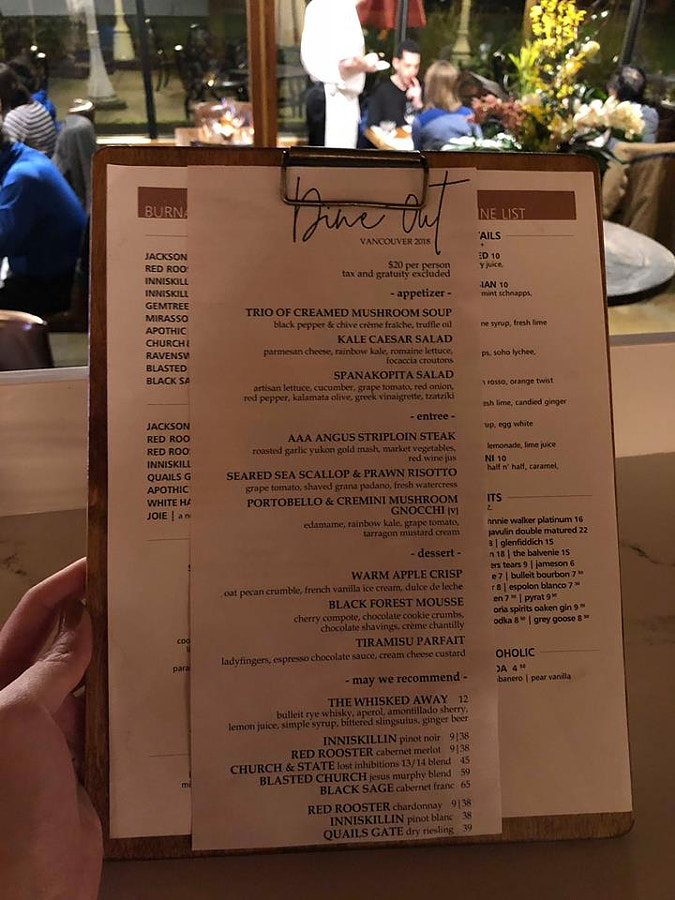 I mean, look at this menu! $25 for this type of food? I can’t even get a 3 course meal at Cactus or other chain restaurants. 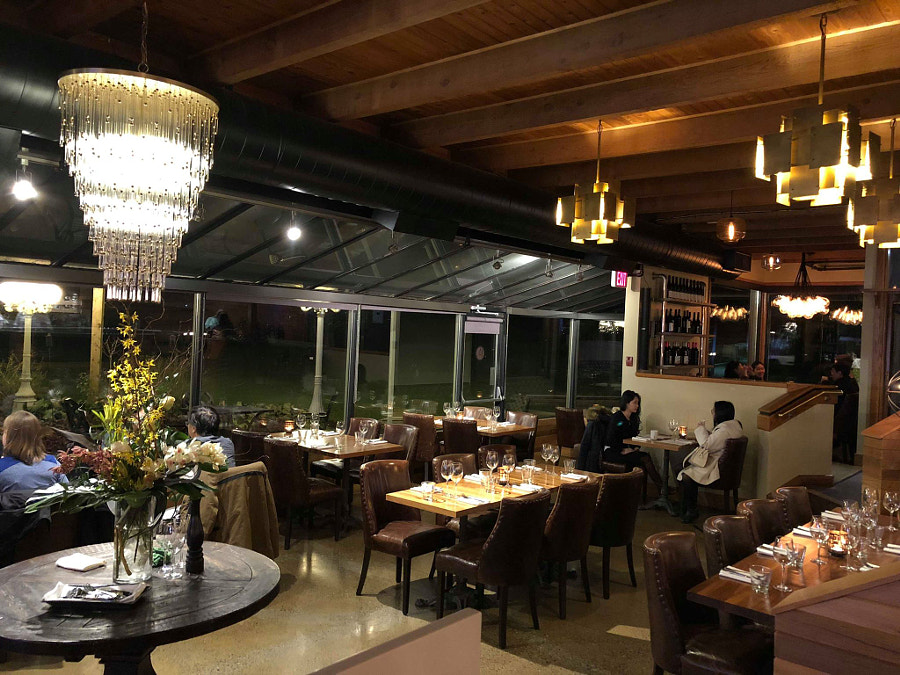 Get your reservations in early because the place sells out every year! It’s odd because when we arrived, the place was not full and it was not full throughout the evening. But still, they say that they are fully booked. Perhaps because they know the kitchen can’t handle a full house, but that’s smart of them to not overbook themselves if they can’t handle it. As you can see, the interior is actually really nice. I think in the daytime, you’ll have a view of the golf course. For some reason, we were seated in an elevated area at this long table facing the rest of the restaurant. We found it a bit odd to watch the other diners eat from above, and preferred to sit across from each other since it was sort of date night. After letting the servers know, they finally moved us to the lower dining area since they had plenty of tables open anyways. 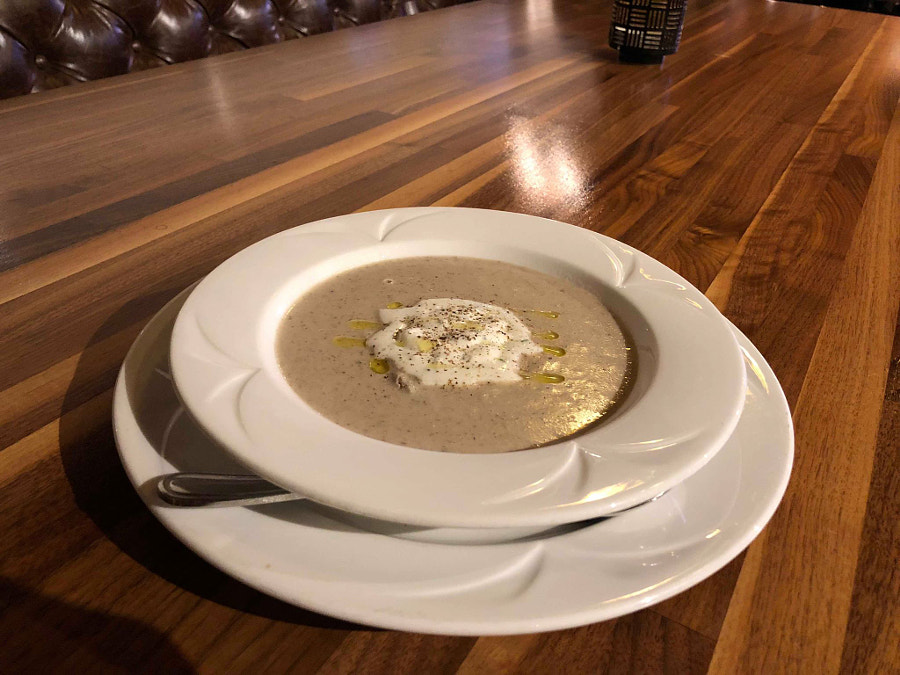 For appetizers, we both got the Trio of Creamed Mushroom Soup which was topped with black pepper, chive creme fraiche, and truffle oil. I could smell the truffle oil once the bowl came. This was creamy and smooth with bits of mushrooms still in the soup. The other appetizer was the Kale Caesar Salad, and I hadn’t chose it because it seemed super simple, but I later learned it came with battered shrimp! Wow, what a deal! 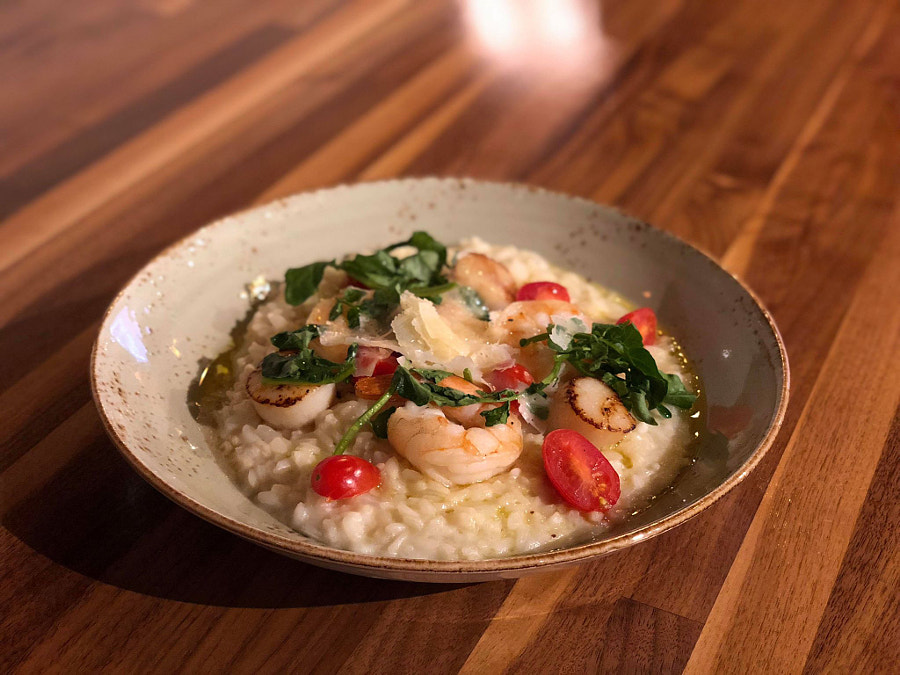 For entrees, I chose the Seared Sea Scallop & Prawn Risotto, which was served with grape tomatoes, shaved grana padano, and fresh watercress. The scallops were beautifully seared and they didn’t skimp on the ingredients. It came with three scallops and three prawns! The risotto was rich and creamy although I found it to be slightly under cooked. Still, this was a great dish for the price. It was also a huge portion and I could not even finish all the rice. 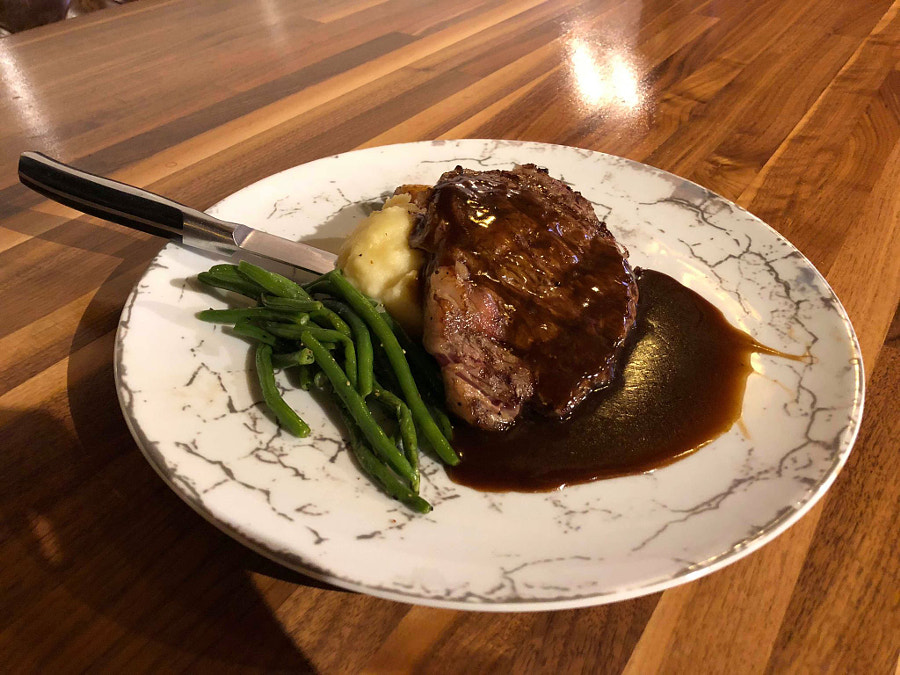 The main dish that had attracted me here was actually the AAA Angus Striploin Steak. S chose this and it came with roasted garlic yukon mash, market vegetables and a red wine jus. We asked to have the steak cooked medium rare but we found it to be slightly more on the rare side. That didn’t bother us as I rather it be more rare than over cooked. The steak itself had some tendon/fatty parts, but it was still a decent cut given the price. Nothing to complain and I loved that it had a really nice char and smoky flavour to it. Highly recommend getting this for the best deal! 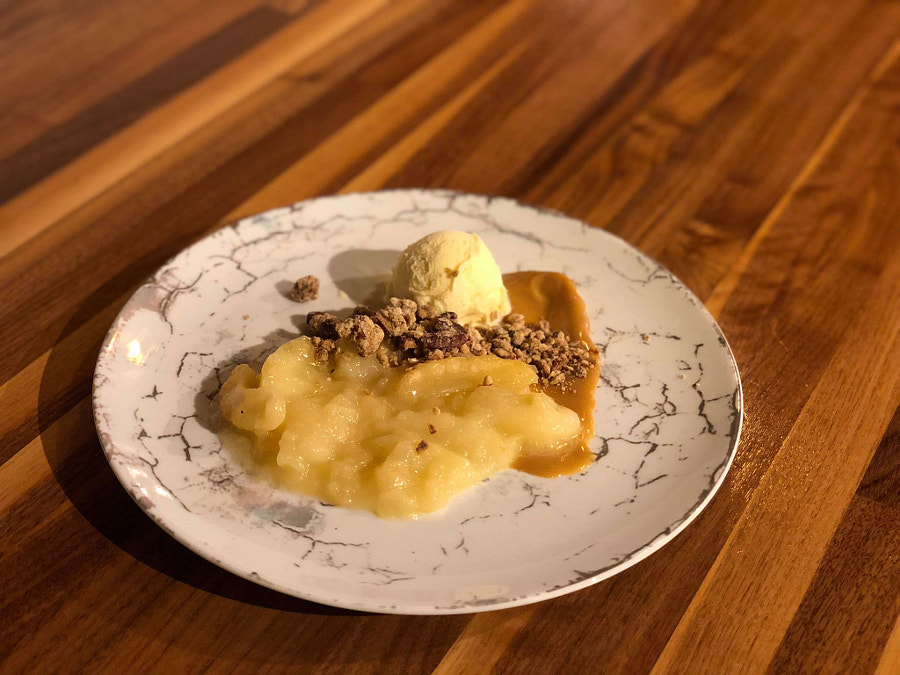 As for desserts, the first was the Warm Apple Crisp which was my favourite. To be honest, when it was presented to us, I was a bit disappointed. Presentation was not the nicest, but the flavours worked so well together that it didn’t matter how it looked! There were oat pecan crumbles, french vanilla ice cream and a dulce de leche sauce. This was really good all mixed together! 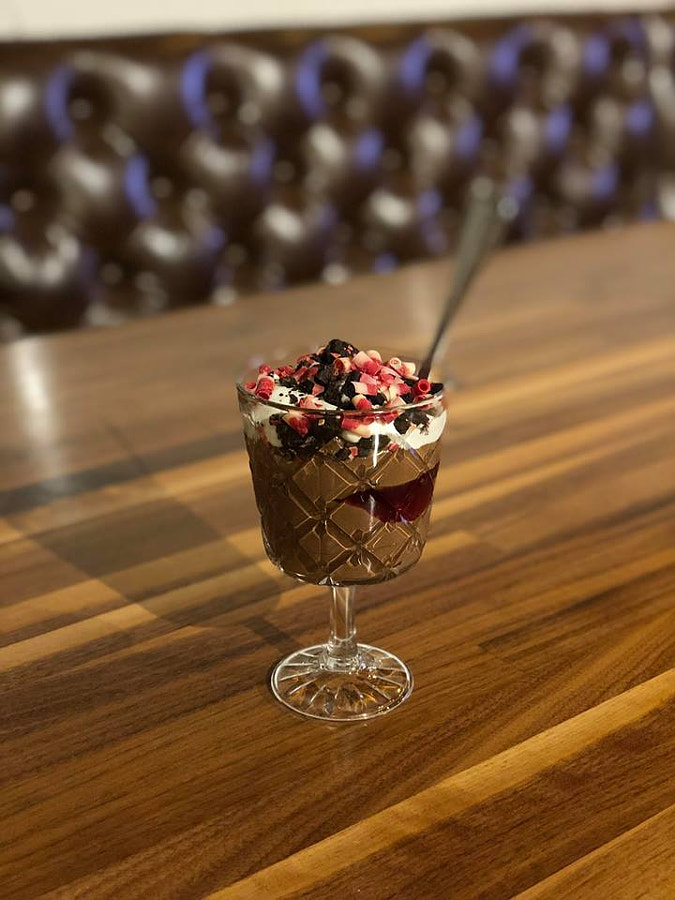 S chose the Black Forest Mousse which featured a cherry compote, chocolate cookie crumbs, chocolate shavings, and creme chantilly. This tasted more like a chocolate pudding and I found it too sweet for my liking. I wouldn’t say their desserts are anything too special, but the flavours work.

Overall, I highly recommend Burnaby Mountain Clubhouse during dine out. I almost want to keep this a secret so I can get my reservations again next year! Even during regular occasions, their menu is very well priced and they often have 3 course menu deals. I think it must be because the location is not the most accessible. If you have a car though, this is a must try!

Pros:
– Great deals for portion and quality
– Ambiance is great for date night

Cons:
– Desserts are quite average
– Location is out of the way

Food: 4 Service: 3 Ambiance: 3.5 Parking: Plenty of free parking in their own lot Overall: 4