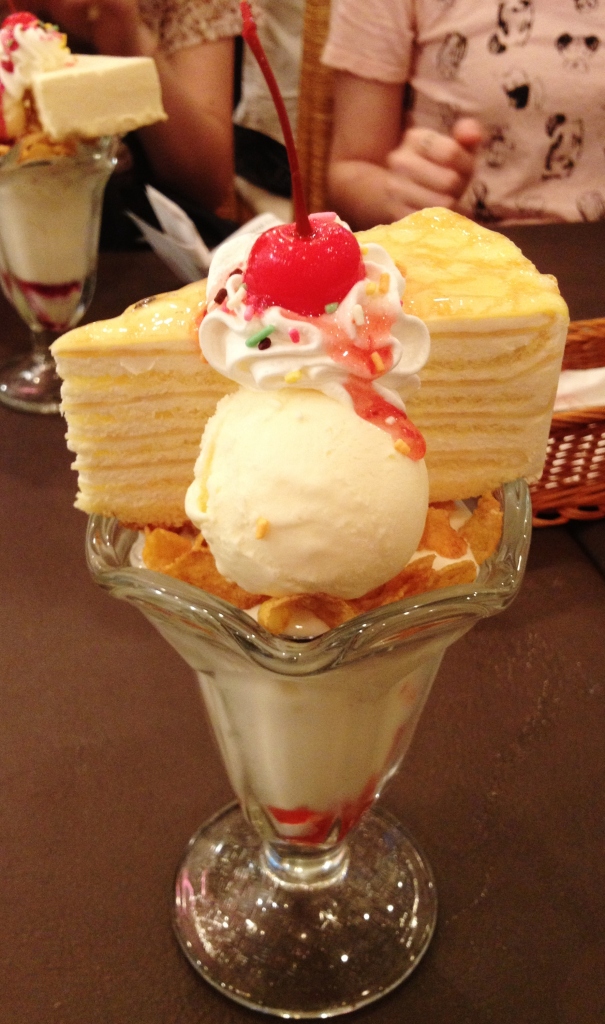 After lunch at Tamago to Watashi, we found a dessert shop on the same floor. It was called Cafe Est! Est! and the plastic models of the desserts presented in a display outside their store definitely lured us in. They had a large selection of parfaits, crepes and sundaes. Other than desserts, they also have actual main entrees, but we were here for the desserts! After sitting down, we realized that again, each person had to order at least one item. Seeing that the drinks were roughly the same price as the desserts, we ended up each ordering one dessert. For myself, I chose the Mille Crepe Cake Parfait. After having the Mille Crepe from Lady M in Korea, I had to try it again! Unfortunately, this was nothing close to as good as the one from Lady M. It did have the layers of crepe, but it was hard rather than light and fluffy. It didn’t seem like a fresh cake. Underneath, there was a scoop of vanilla ice cream, some corn flakes, and the rest were whipped cream! After eating the cake, I didn’t even end up finishing the rest of it. It was overly sweet and eating pure whipped cream was nasty. It wasn’t even good whipped cream. Super disappointed! 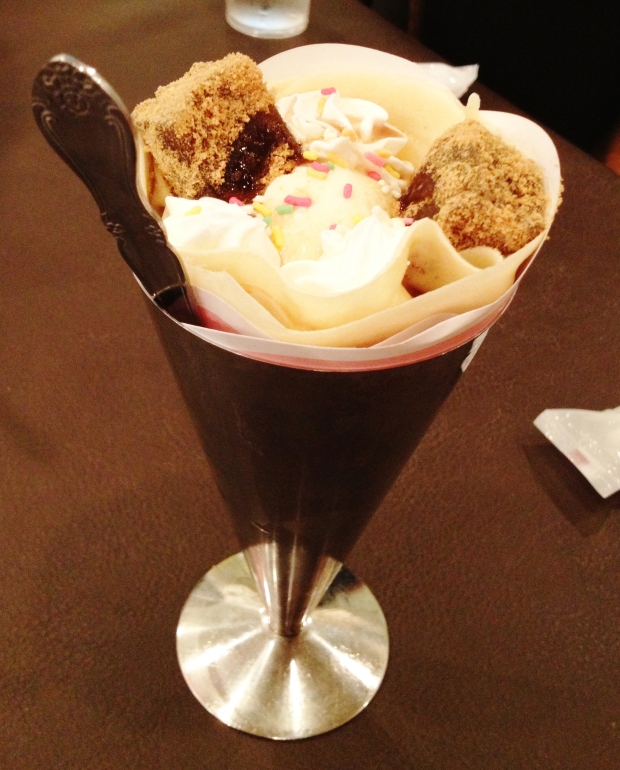 K went for the Black Sugar Mochi Crepe. It was filled with mostly whipped cream and a scoop of vanilla ice cream. On top, there were also mochi that was covered with black sugar. Some sprinkles were added to make it look cute and pretty. I actually enjoyed her crepe much more than my parfait. The black sugar mochi were very yummy! 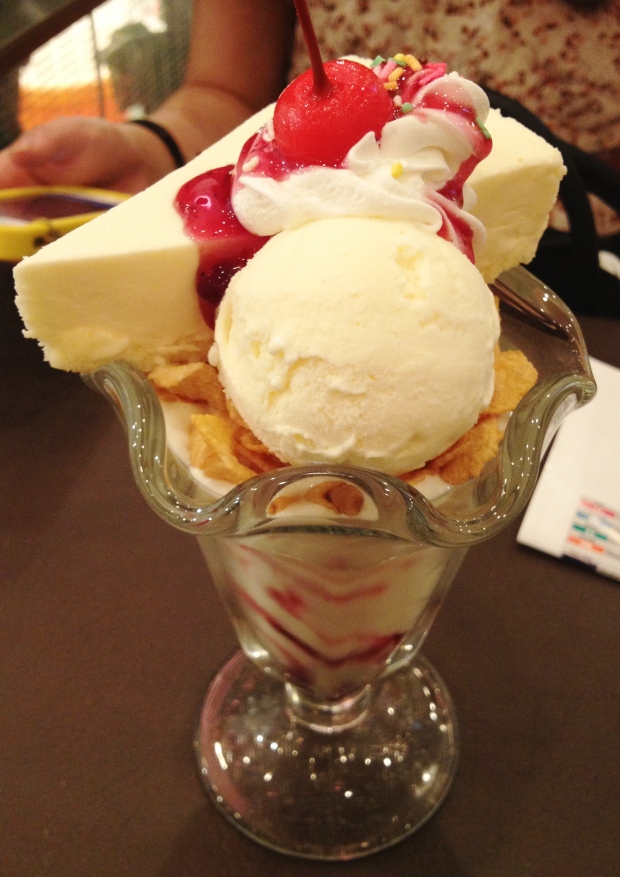 C got the Cheesecake Parfait, which had the same problem as mine. Way too much cream at the bottom! The cheesecake was decent, but it wasn’t the best I’ve had. It was smooth, but again, it didn’t taste fresh. Overall, I wasn’t too pleased with the parfaits at Cafe Est! Est! They are also quite pricey, at around 800 to 1,000 yen for a basic parfait. If you are interested in crazy looking parfaits, then this may be the place for you. They have a famous parfait called EST 48, which has ice cream sundae cones stacked on top of another and reaches 48 centimeters. high. But honestly, I doubt that it tastes that great. It’s more for the looks.